Martin Raymond, head coach of the Cotter Schools boys high school hockey program, speaks on how the Ramblers are filling out a schedule, the transition to a varsity slate of games, and more. 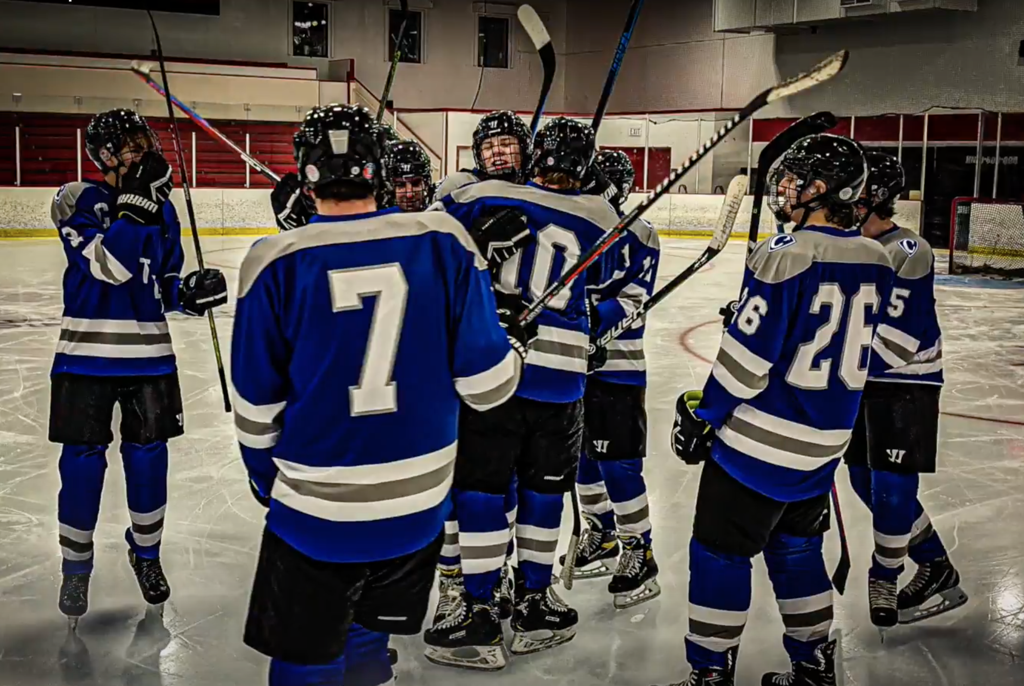 The Cotter Ramblers are aiming to make a splash with a full varsity schedule in the 2021-2022 season. Photo courtesy of Cotter Schools.

The most important group of heartbeats of the Cotter Schools hockey program may not belong to any players.

They may not belong to any coaches, administrators, or teachers.

They may not even be human.

They may belong to the three kittens that boys hockey coach Martin Raymond is roused by every morning at 5:30, a trio of animals rescued by Raymond’s wife before the family moved to Minnesota.

“I’m not a cat guy, but now they’re like dogs,” Raymond said over the phone last Thursday. “They follow me around, and at 5:30, they scratch my door every morning.”

He may not be a feline fan, but being up before the sun allows Raymond to accomplish all that comes with starting a high school hockey program from scratch, including a litany of administrative duties that Raymond says is now commonplace for coaches at all levels.

“That’s part of the deal,” Raymond said. “You look at coaches at every level, and if you’re an AHL guy, you’d say the same thing. His input to the game is not just behind the bench. There’re so many more things outside the game that he has to do, has to worry about,” Raymond continued.

Raymond has been a hockey coach at numerous levels, spending a decade with the Bakersfield Condors of the ECHL, some time with the Los Angeles Jr. Kings AAA program, and even spent a season as a player-coach with Cergy in the France4 League.

“In today’s society, you can’t just do one thing. You have to be a jack of all trades.”

After a season unlike any other, and one especially hard on a program finding its legs, Raymond and the Ramblers are pleased with their initial steps down the varsity aisle.

“It’s a monumental task to be able to do this because we started with ten kids this year, all local kids,” Raymond explained. “We have some really good players, and we have some kids that haven’t played competitively at a high level,” Raymond continued. “So we’re trying to build around that, and hope that people stick with it and have fun.”

There’s an emphasis on that seemingly antiquated aspect of “fun” around the program. There has to be after playing last season with 10 skaters and no natural goaltender.

“I think the kids have to enjoy the game, enjoy practice, and enjoy being around each other and coming to the rink,” Raymond explained. “And also understand that if you want to be better, you have to put some time into it.”

The Ramblers played an exclusively junior varsity schedule last season and will transition to a varsity slate for the 2021-2022 campaign. Raymond said that the Ramblers were unofficially looking at about 17 games for next year at this interview.

“You have to reach out to a lot of AD’s and coaches,” Raymond said of stocking a schedule without any longstanding rivalries and no conference ties. The result is a docket that includes a potpourri of metro and outstate teams with varying degrees of strength.

“We’re going to play some strong teams, and some teams that are at our level,” Raymond said. ‘We’re trying to play teams that will certainly give us a challenge, and we’re hoping that we’ll challenge whoever we’re playing.”

Outside of the schedule, Raymond’s list of duties includes monitoring the sizable addition to the Cotter dormitories.

“It’s almost brand-new, so someone can come to school and decide to stay in the dorm,” Raymond said. “It’s not for everyone, but some kids are ready for that kind of challenge. (The dorm) can certainly help the program, and promote the school in a different way.”

Raymond also lauded the academic environment at Cotter, saying that his daughter has embraced the COVID-19 conscious, in-person learning that Cotter provides.

“For my daughter, coming here was a blessing,” Raymond said. “Back in California, she was doing distance learning, and now she goes to school four days a week, now five. She’s been flourishing in that type of environment.”