Nearly a dozen teams from Minnesota and North Dakota will skate this week across the country as the Tier I season comes to a close.

National tournaments get underway across the country 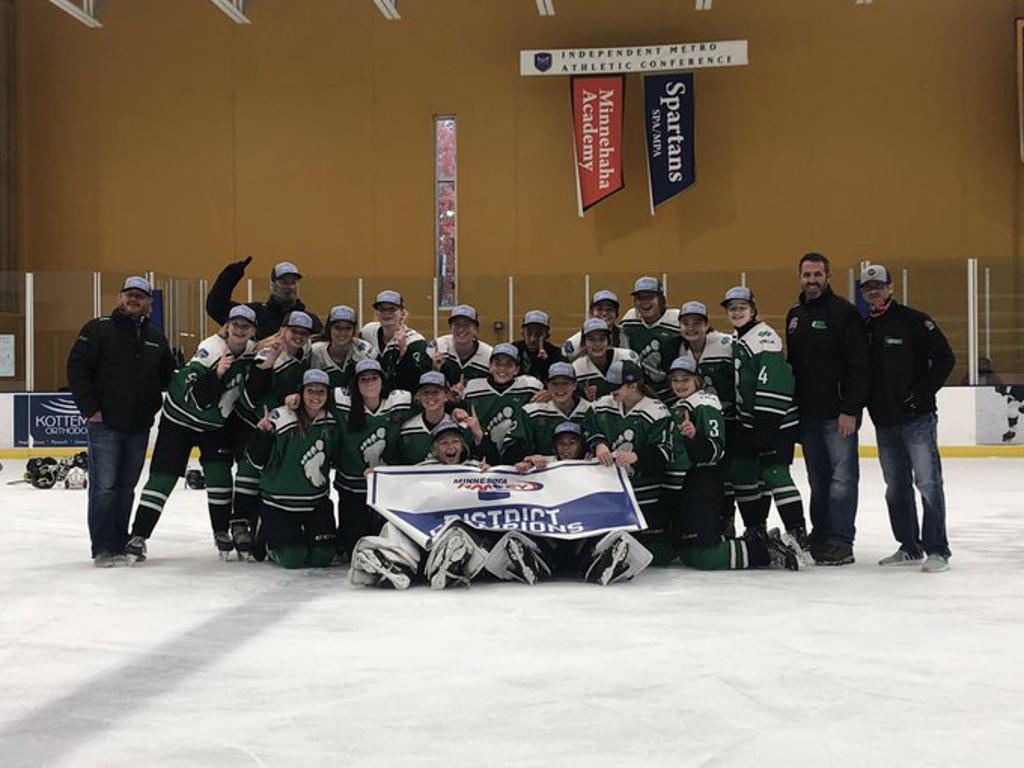 The 14U Green Giants will represent Minnesota at this year's 14U Girls national tournament.

The USA Hockey National Tournaments kick off across the country on Wednesday, Apr. 28, marking the final event of the 2021 Tier I/Tier II season.

A handful of area teams have made the various treks to their respective tournament locations, ranging from the perennial power Shattuck-St. Mary's across the 14U, 15-Only, and 16U levels, to the Minnesota High Performance Blue Ox in the 15-Only Division. Team North Dakota will have teams competing in the 14U Boys Division and the 14U Girls Division.

Three Minnesota High Performance teams, the Lakers, the Walleye, and the Green Giants, will participate in the 14U Girls tournament, along with Tradition Vegas of the UMHSEL Girls Elite League and Shattuck-St. Mary's in the 16U Division.

Continue reading for a brief breakdown of the participating area Tier I teams. 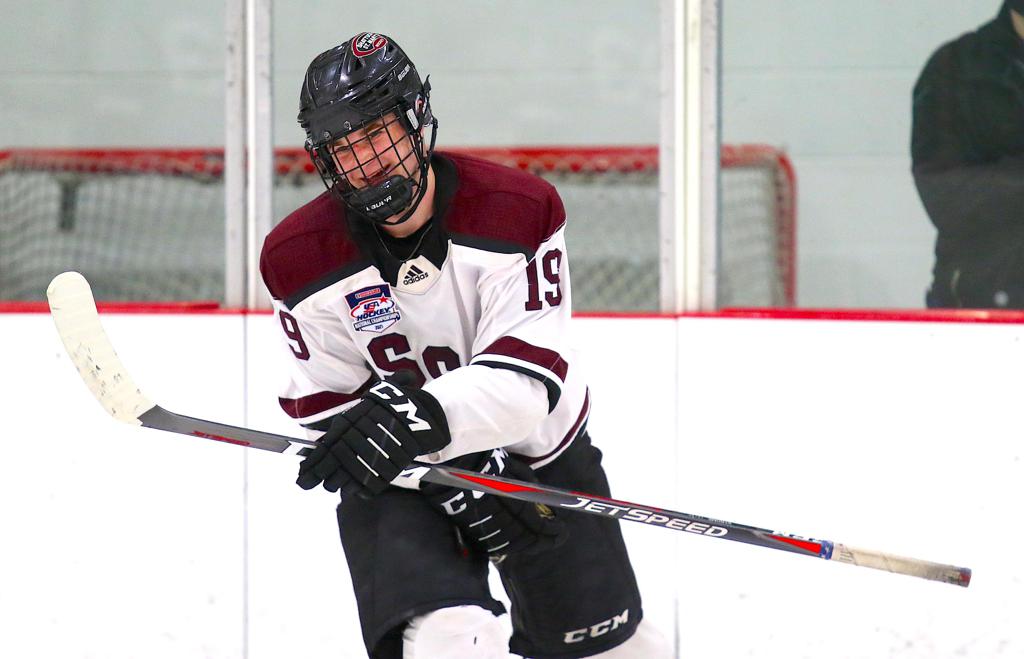 Shattuck-St. Mary's Cole Eiserman leads the nation's No. 1 14U team in scoring with 122 points in 44 games.

At 41-1-2, Shattuck-St. Mary's is the cream of the 14U Tier I Boys crop, boasting a deep and talented lineup with no glaring weaknesses. The Sabres don't lack scoring options, featuring one of the top 2006-born players in the country in Cole Eiserman (77 goals, 45 assists, 122 points). Fellow forwards Macklin Celebrini (44-73-117) and Aidan Park (48-67-115) are right behind Eiserman in scoring, and both Celebrini and Park add grit and playmaking the Sabre squad.

The Sabres have gone 32-0-2 since suffering their lone loss against the 2006 Minnesota Blades on Sept. 25. 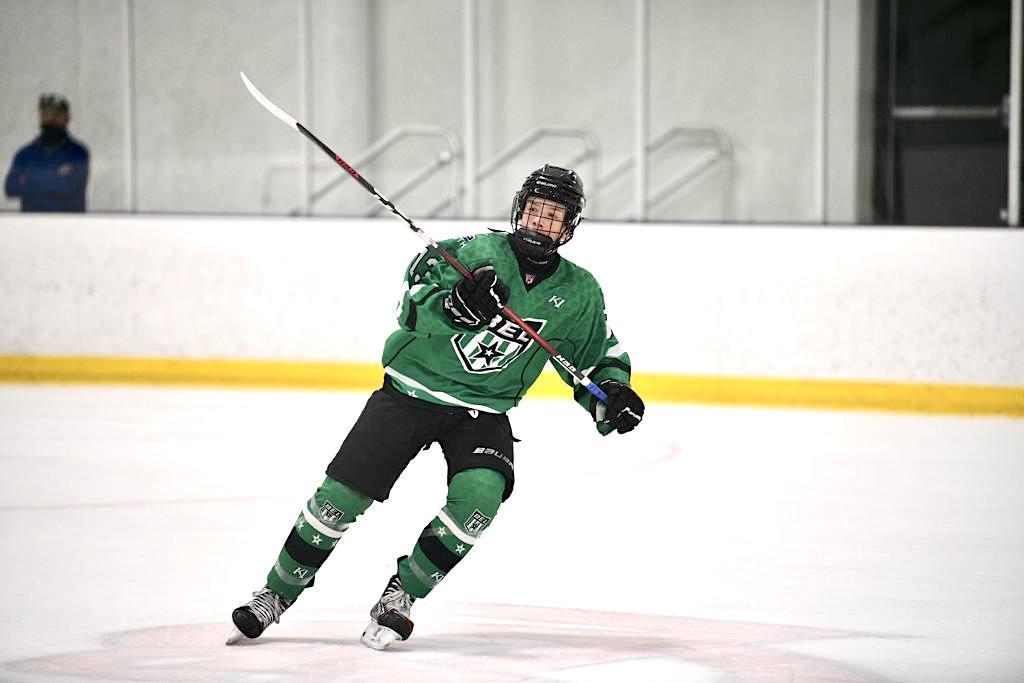 Ben Likness leads Team North Dakota with 13 goals and 26 points heading into the 14U National Tournament.

While not as dominant this season as their 14U counterparts, the Shattuck-St. Mary's 15-Only team still presents a challenge to the rest of the field, riding a seven-game winning streak entering the tournament and holding an overall record of 26-13-4. Hunter Anderson (38-37-75) and Cooper Pierson (33-36-69) pace the Sabres in scoring. Area players on the SSM 15-Only roster in Faribault's Andrew Politoski (1-8-9) and Minot (ND) native Zach Nehring (8-23-31).

Joining Shattuck-St. Mary's from Minnesota will be the HP 15 Blue Ox, which finished 17-1-2 in Minnesota Hockey HP Tier I Fall League play. The Blue Ox upended the Sabres 4-3 to punch their ticket to the Metroplex last October. Duluth native Sam Kartch (10-19-29) leads the Blue Ox in scoring, followed by Moorhead products Aaron Rerison (13-14-27) and Abe Carlson (15-10-25) and Warroad's Murray Marvin Cordes (14-10-24). Goaltender Hampton Slukynsky, also of Warroad, posted an 11-0 record for the Blue Ox with a sparkling goals-against average of 1.19 and a save percentage of .938. 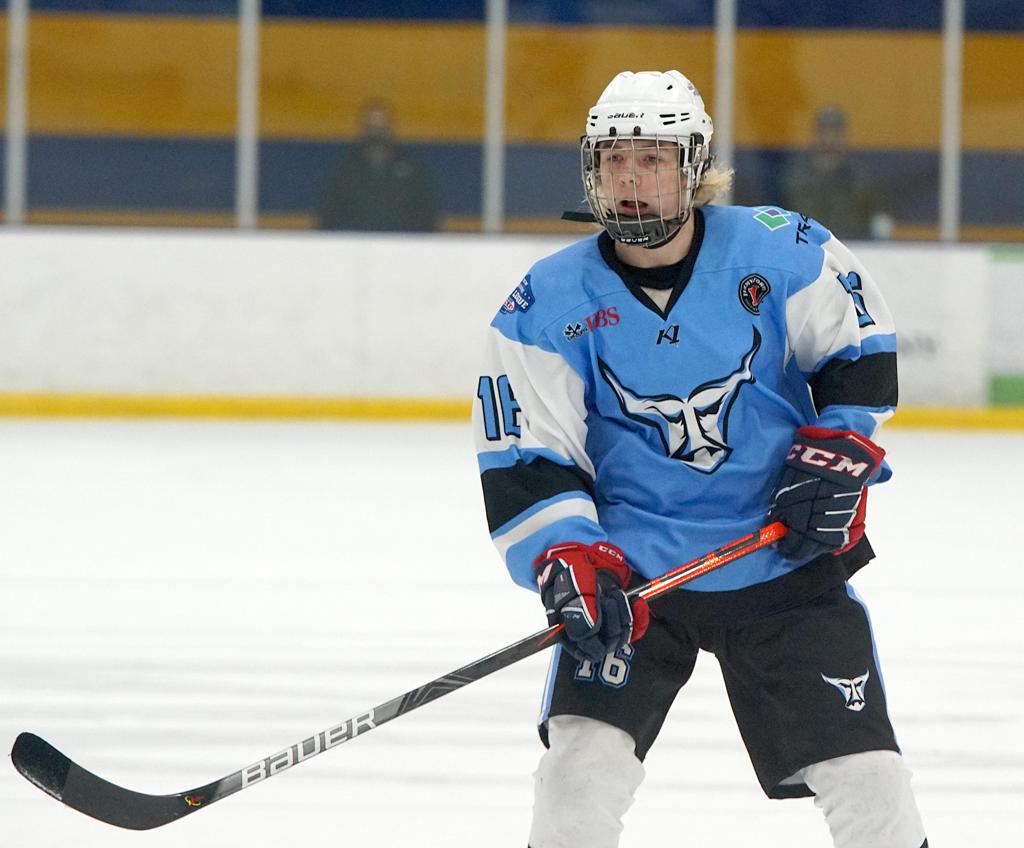 Warroad's Murray Marvin Cordes has 14 goals and 24 points for the 15-Only Blue Ox.

Shattuck-St. Mary's is the only area representative in the 16U Division, led by leading scorers Anthony Yu (22-37-59) and Gracyn Sawchyn (13-45-58). Sawchyn, a native of Grande Prairie, Alberta, played some of his youth career in the Chaska Chanhassen system. Sawchyn was the No. 1 overall selection of the WHL's 2020 US Prospects Draft last summer, selected by the Red Deer Rebels.

The Sabres have an impressive duo in net, with goaltenders Liam Beerman and Calvin Vachon combining for eight shutouts this season. Woodbury product Ty Henricks (15-18-33) and Rochester's Kaden Spaniol (2-12-14) are also on the SSM roster. 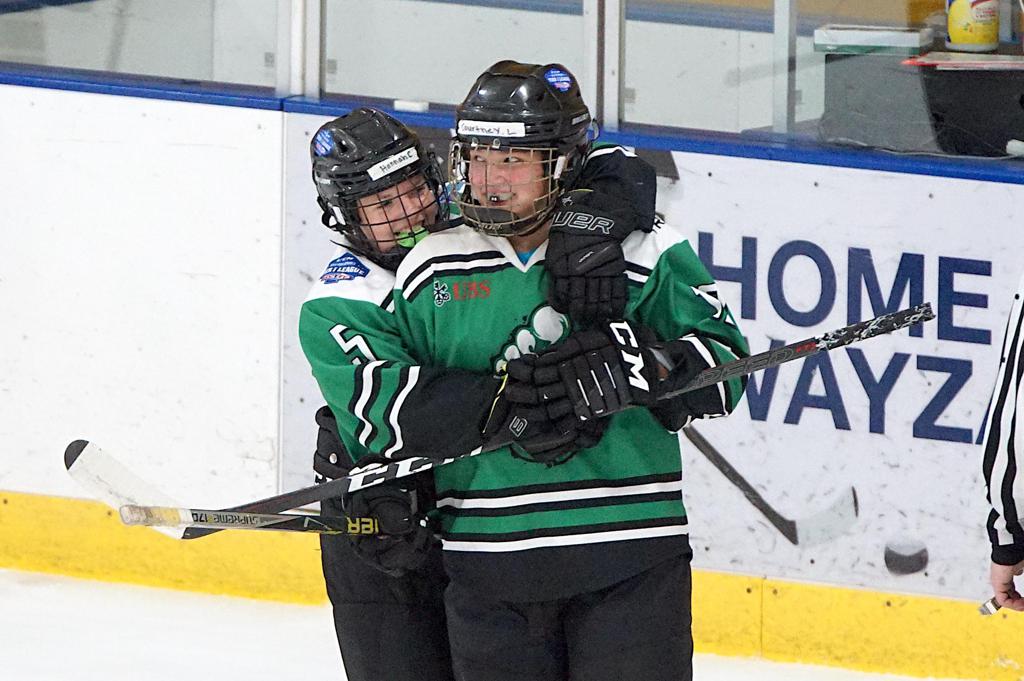 Hannah Christenson and Courtney Little are two of several Andover players skating for the Green Giants in this week's 14U Tier I National Tournament.

You might have to change the tournament's name from USA Hockey National 14U Girls Tier I Tournament to the Minnesota Invitational.

Three of the 16 teams in this year's tournament hail from Minnesota, with the State of Hockey represented by the Lakers, Walleye, and Green Giants of the Minnesota Hockey HP Tier I program.

Three of the four losses suffered by the Green Giants have come at the hands of the Lakers, and the girls of District 6 could have revenge on their mind this weekend in West Chester. The Lakers went 20-5-1 during the fall season and are led in scoring by Minnetonka products Ruby Rauk (14-9-23) and Lauren Mack (8-12-20). Mack recorded a goal and added ten assists for the Minnesota girls varsity last season in a run to the Class AA State Tournament.

The final Minnesota squad participating this week is the Walleye (District 3), which swam to a 17-5-4 record during fall HP play. Minneapolis's Elizabeth Hamel (17-10-27) paces the Walleye in scoring, with Orono's Kaeli Koopman (15-11-26) and Delano's Kendall Hassler (14-10-24) offering the Walleye a bevy of scoring options.

Team North Dakota rounds out the area teams at the 14U Girls level. Team North Dakota rolled past South Dakota 14U twice, and Wyoming 14U en route to the national tournament and will see a noticeable uptick in the competition level this week. 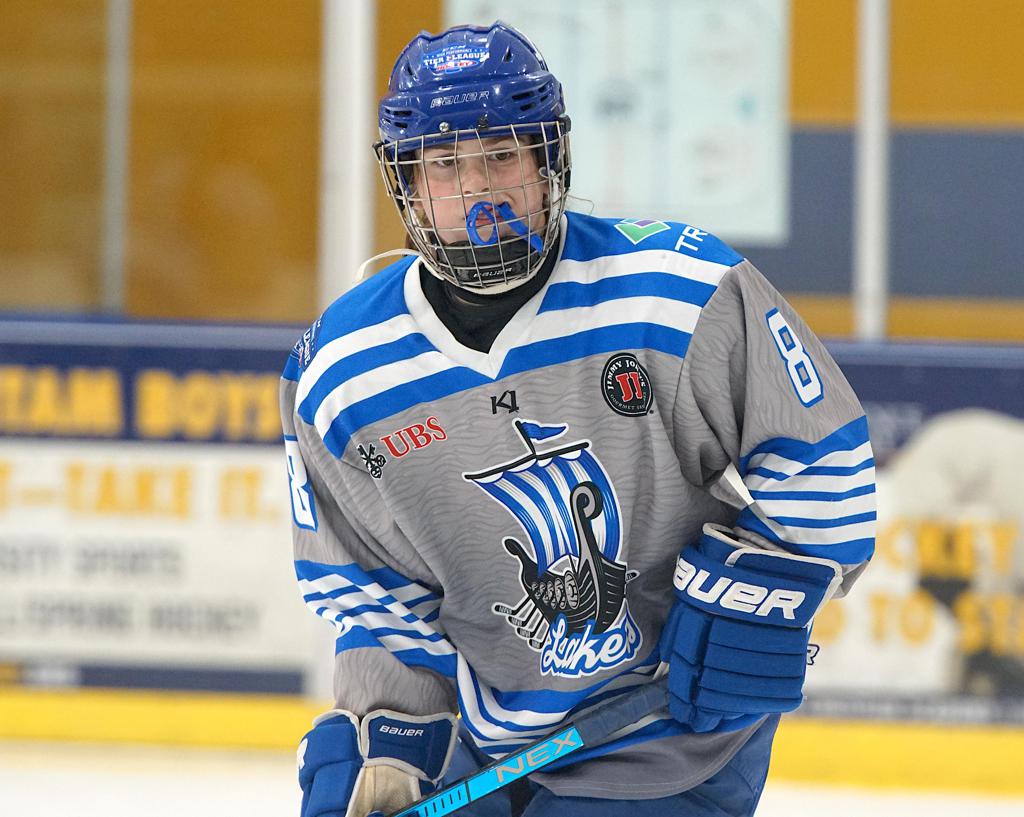 There's no shortage of talent on the Tradition Vegas team, with Division I commits and high school heroes galore. The goaltending pair of Blaine's Hailey Hansen and Edina's Uma Corniea is one of the best in the country and almost any level, and a host of talented high school juniors dot the lineup. Rosemount's Whitney Tuttle (21-18-39 for Irish) is committed to Minnesota State, while Benilde-St. Margaret's defender Emma Peschel (8-9-17) is committed to Ohio State. Minnesota Duluth commit Dani Brunette (12-21-33) helped Chisago Lakes to an appearance in the Class A State Tournament for the first time since 2012.

Two of Shattuck-St. Mary's nine losses this season have come against the aforementioned Tradition Vegas group, but the Sabres bring some extra Minnesota flavor to this year's tournament. Former Rochester Lourdes stars Sawyer and Delaney Fleming now suit up for the Sabres, as does former Rochester Century defender Kennedi Bielenberg-Howarth. Sydney Putrah of Faribault also skates for the Sabres.

Maddy Katz of Dellwood and Genevieve Klein of Lakeville make up the Sabres' goaltending duo and have combined for seven shutouts this season. 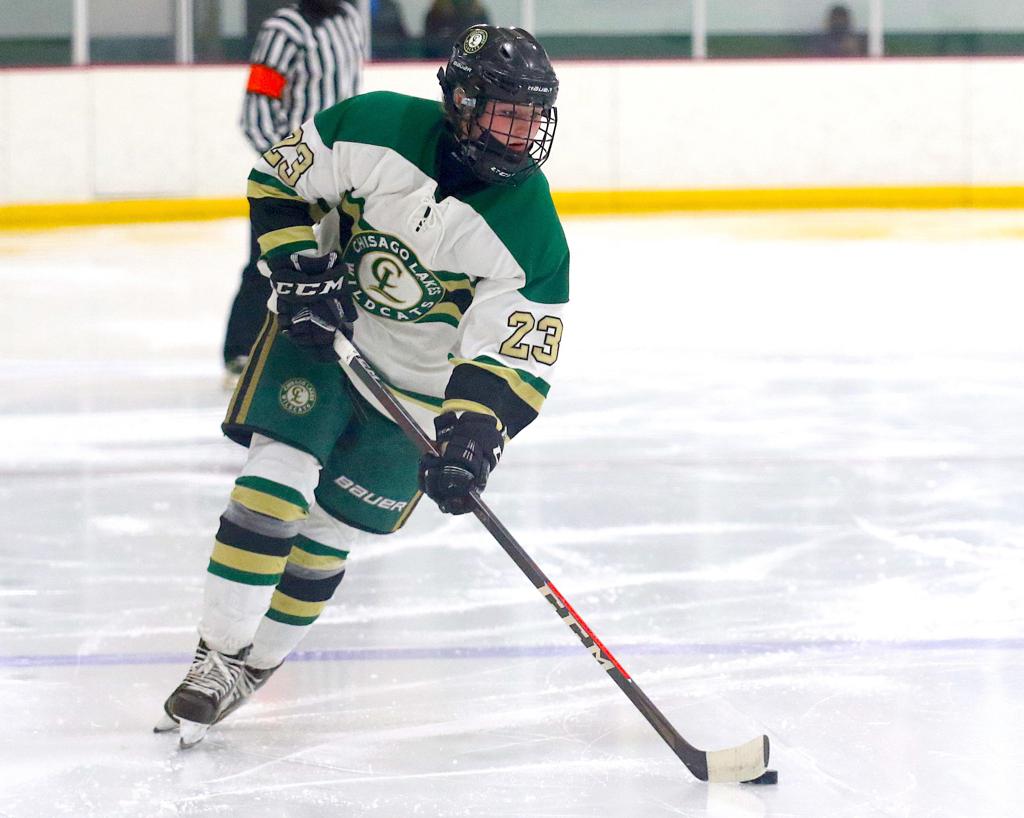