A team-by-team preview of quarterfinal and semifinal matchups for Tier I Minnesota-based squads.

Pre-tournament favorite Shattuck-St. Mary’s has done little to sway the initial feelings of confidence, rolling through pool play and the quarterfinals.

The Sabres thumped Team North Dakota 13-1 to open pool play and followed that with an 8-2 win over St. Louis and an 8-1 win over the New Jersey Colonials.

The trio of Cole Eiserman (7 goals, 8 assists, 15 points), Macklin Celebrini (4-9-13), and former Chaska Chanhassen standout Brodie Ziemer (7-6-13) have paced the Sabres in scoring through four games. The Sabres downed Chicago Mission 4-1 on Friday in the quarterfinal round, led by former Woodbury Predator Will Skahan’s two goals.

Waiting for the Sabres in the semifinals are the Los Angeles Jr. Kings, who advanced to the final four after a thrilling 3-2 win over the Rhode Island Saints on Saturday.

In pool play, the Jr. Kings earned a 2-1 (SO) win over Detroit Compuware and a 4-1 win over the Colorado Thunderbirds. The Boston Jr. Eagles handed the Jr. Kings their lone loss of pool play by a score of 4-2. 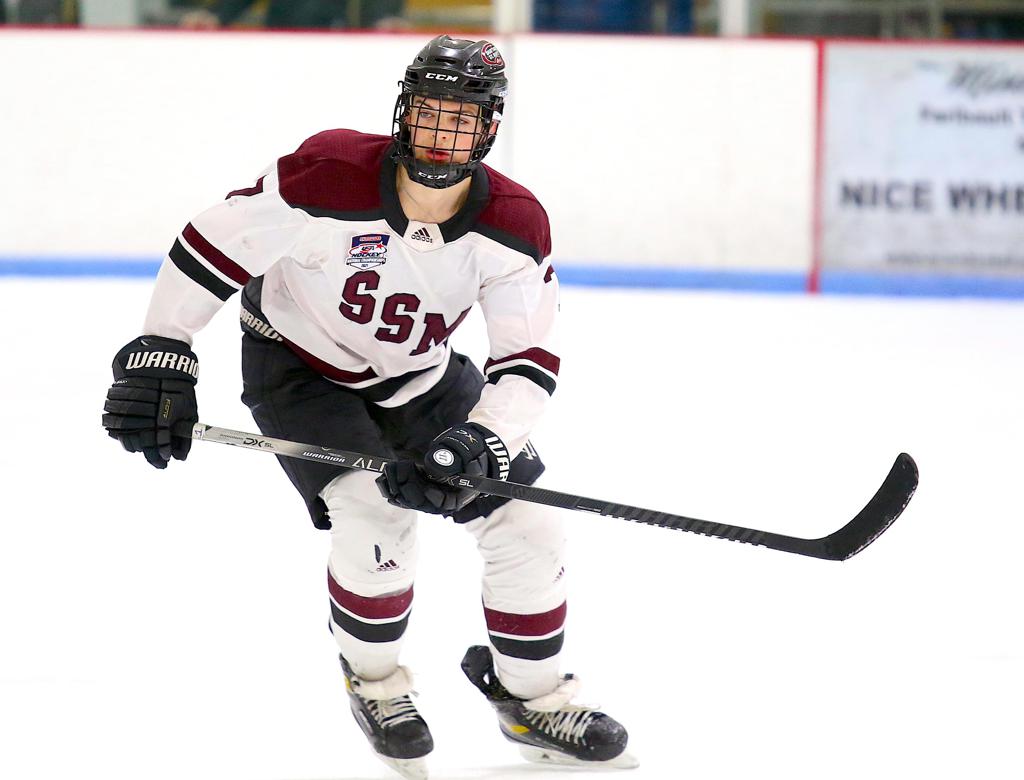 Shattuck-St. Mary's defenseman Will Skahan scored twice in the Sabres' win over the Chicago Mission on Saturday.

The Minnesota Green Giants, representing District 10, draw the Piladelphia Jr. Flyers in the quarterfinals after going 2-1 in pool play.

The Green Giants blanked the Washington Pride 9-0, fell to the Chicago Young Americans 5-0, and defeated Pittsburgh Penguins Elite 4-1 during their three games in the preliminary round.

Maya Engler, Ella Thoreson, and Nora Sauer are tied for the scoring lead with three points apiece. Goaltender Layla Hemp has stopped 44 of 45 shots faced, and her .978 save percentage ranks third among all goaltenders.

The Jr. Flyers enter the game with a spotless 3-0 record, edging the L.A. Lions 2-1 and beating the Buffalo Bison 5-1 and Chicago Mission 4-1. Rose Dwyer (1-4-5), Nina Rossi (4 goals), and Lauren Gallagher (4 assists) lead the Jr. Flyers in scoring, while Kayla Czukoski has allowed just three goals on 56 shots between the pipes.

Also advancing out of pool play are the Minnesota Lakers, made up of players from District 6. The Lakers scored wins over the New Jersey Colonials and Team Colorado by identical 5-1 scores before falling to Detroit Little Caesars in their final pool play game 3-2.

The Edina duo of Lorelai Nelson and Taylor Porthan each have four points to lead the Lakers in scoring.

Awaiting the Lakers are the East Coast Wizards, who eked out a 5-4 (SO) win over the Hartford Wolf Pack in game one, crushed past Team North Dakota 6-1 in the second game, and capped pool play with ta 2-1 win over the Minnesota Walleye. Zola Piekarski (2-3-5) and Morgan McGathey (2-2-4) power the Wizards’ attack. 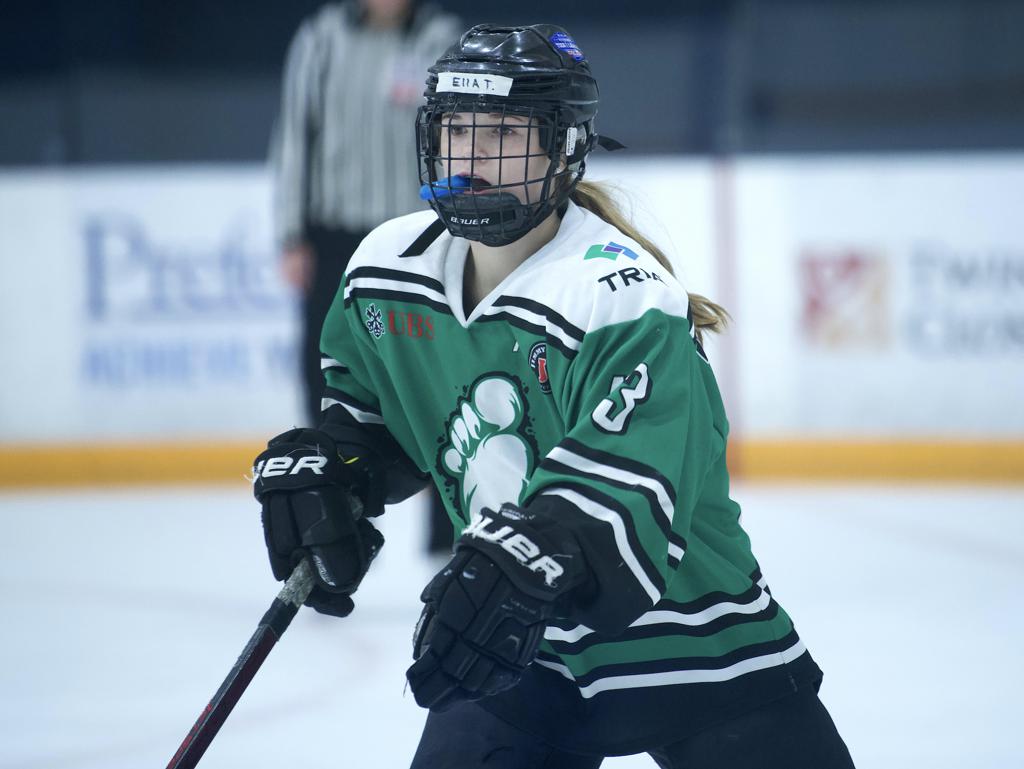 Ella Thoreson is one of the Green Giants' leading scorers with four points.

Minnesota Elite Vegas storms into the knockout round with a 3-0 record, easing past Team Colorado 7-1, edging the Gilmour Gladiators 5-3, and beating Selects Academy 6-3.

Katelyn Roberts (4-3-7) leads MN Elite Vegas and is tied for third in the 16U Division in scoring. Sami Bowlby has two goals and five points for MN Elite Vegas, and Dani Brunette, Sloane Matthews, and Whitney Tuttle have all totaled four points.

Drawing MN Elite Vegas is the Florida Alliance, which bounced back after an 8-1 loss to Detroit Little Caesars with a 5-4 win over the Anaheim Lady Ducks in their third pool play game.

Florida trounced Pittsburgh Penguins Elite 7-1 to open the tournament. Leading the Alliance in scoring is Alexis Fitzsimmons (6-1-7) and Jordan Ray (2-3-5). Like MN Elite Vegas’s Roberts, Fitzsimmons is tied for third in points among all 16U skaters.

Also representing Minnesota in the quarterfinals is Shattuck-St. Mary’s, which like MN Elite Vegas, advances with a 3-0 record. The Sabres downed Team Wisconsin 7-2 in their opener and clawed their way to clutch 2-1 wins over the New Jersey Titans and Chicago Mission. Alexandra Lalonde paces the Sabres with two goals and five points, with four players behind her with three points each.

The Sabres draw the Philadelphia Jr. Flyers in the next round, and the Jr. Flyers hold a 2-1 record thus far. The Jr. Flyers defeated Mid-Fairfield Connecticut Stars 3-2, lost to the East Coast Wizards 5-1, and blanked the Chicago Young Americans 2-0 in their final pool play game. Galen Kilfeather leads the Jr. Flyers in scoring with three assists. 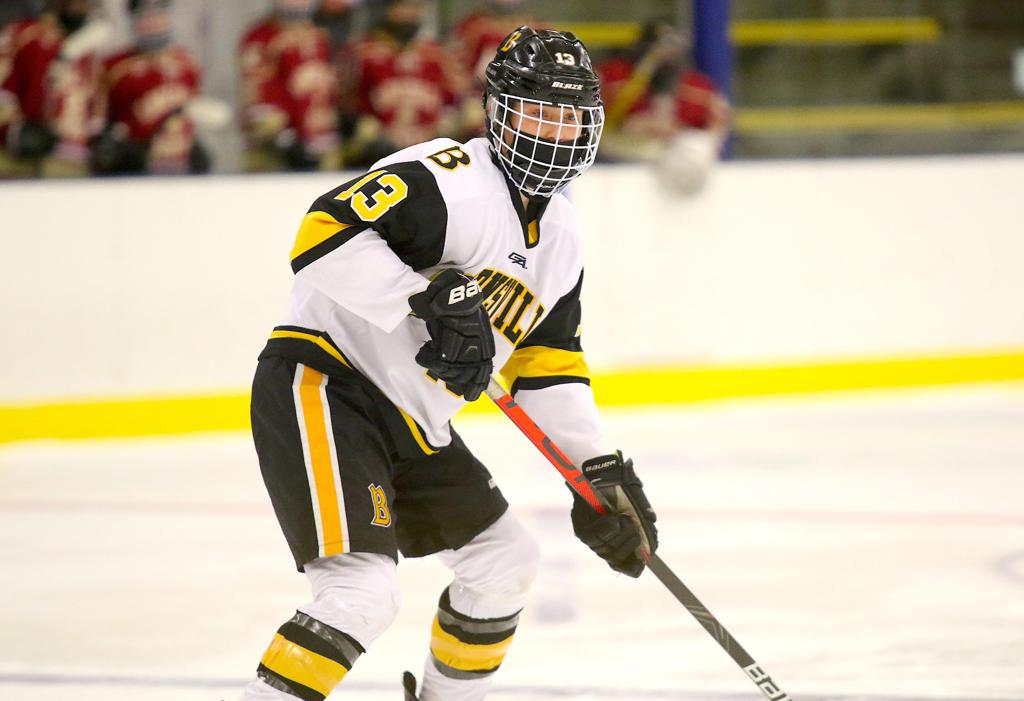 Rochester native and former Benilde-St. Margaret’s standout McKenzie Rich (2-5-7) slots in behind Morrow in scoring for the Sabres, tied with Kara MacLean (5-2-7).

Joining SSM for battle on Sunday will be the Chicago Mission, which earned a 5-0 victory over the New Jersey Titans, a 5-1 win over Culver Academy, and then suffered a 2-1 loss to Selects Academy to end pool play.

Ella Huber is the leader in the clubhouse for the Mission, recording five goals and eight points. Huber’s five goals are tied for the 19U Girls Division lead. 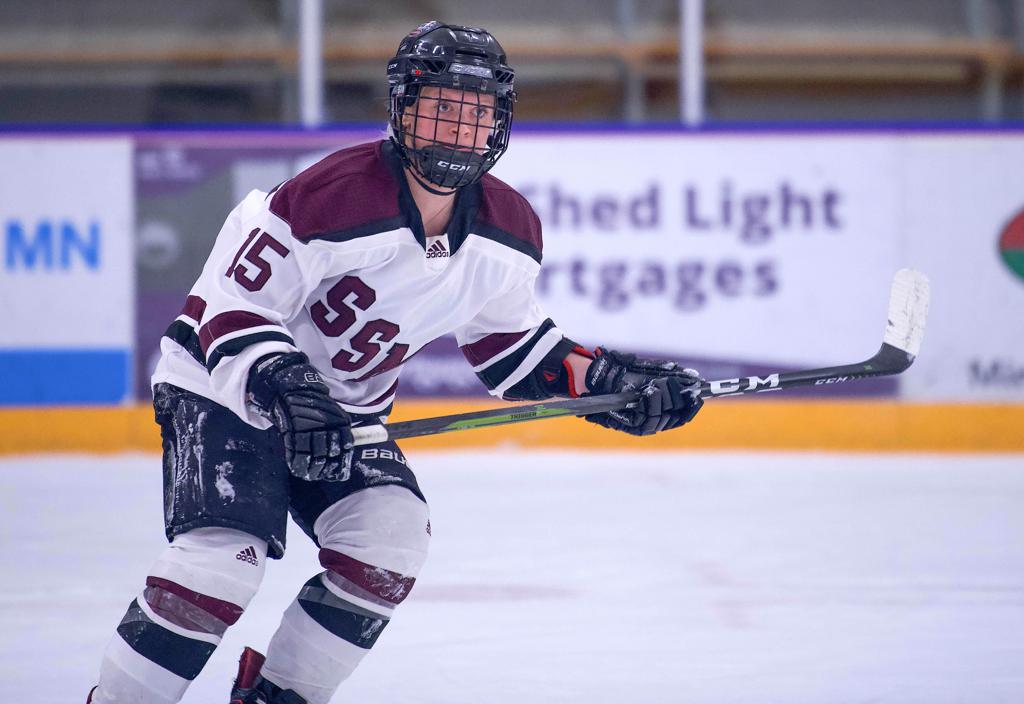 McKenzie Rich and the 19U Shattuck-St. Mary's Sabres are 3-0 heading into the quarterfinals.