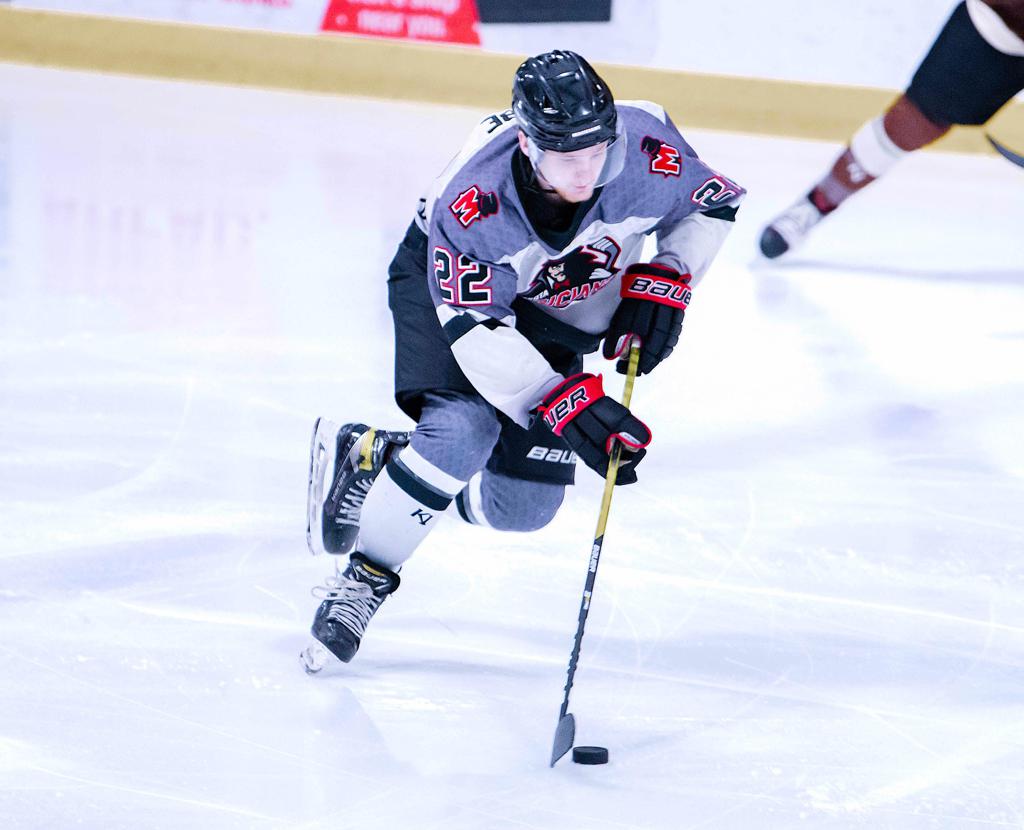 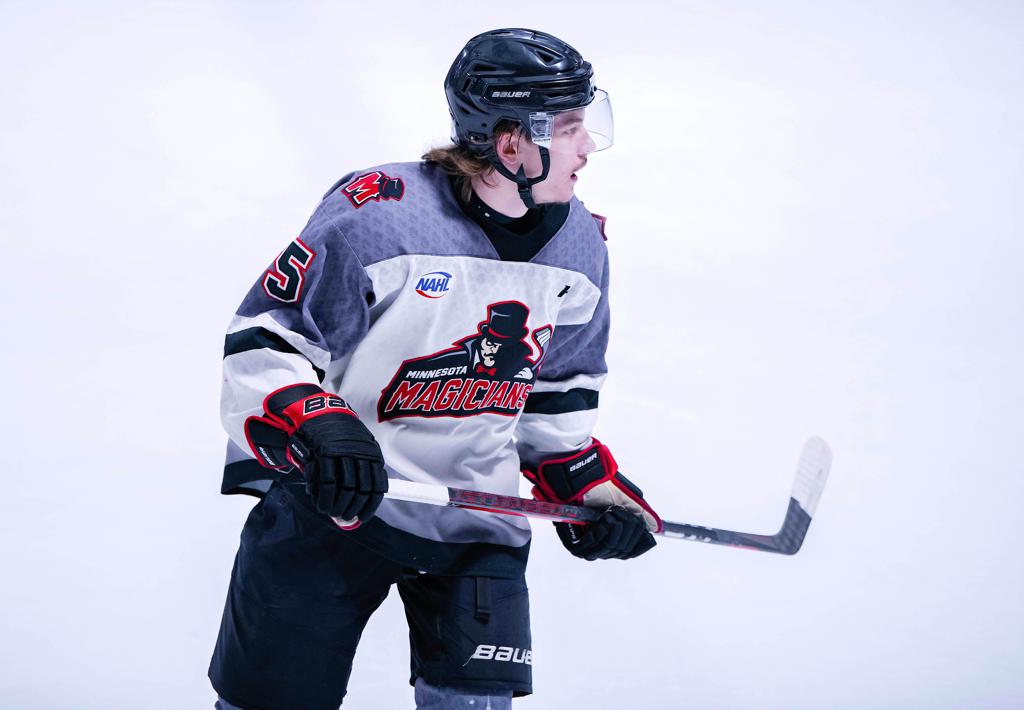 It took nearly a month, but Minnesota Magicians forward Devlin McCabe is back in the scorers’ column and then some.

The St. Paul native, snakebitten in the scoring department since May 6th, kicked off Saturday night’s 7-2 win over Kenai River with a wrist shot that popped Brown Bears goaltender Luke Pavicich’s water bottle off the top of the cage.

McCabe’s bottle-popper was an appropriate indication of what was to come for the next three periods.

The Magicians, the only Minnesota-based team still alive in the NAHL’s Robertson Cup Playoffs, scored once more in the first period after McCabe’s goal, then pumped in four scores in the second frame to put the contest out of reach for the Brown Bears.

McCabe would finish with two goals, as would Woodbury native and Minnesota Duluth commit Brett Oberle. The goals were Oberle’s third and fourth of the playoffs, giving him six points through five games, good for second among all Magicians, and trailing only White Bear Lake product Lleyton Roed’s eight points.

Roed, Hunter Longhi, and Gavin Best each scored once for the Magicians, and goaltender Andy Beran stopped 26 of 28 shots in the win. 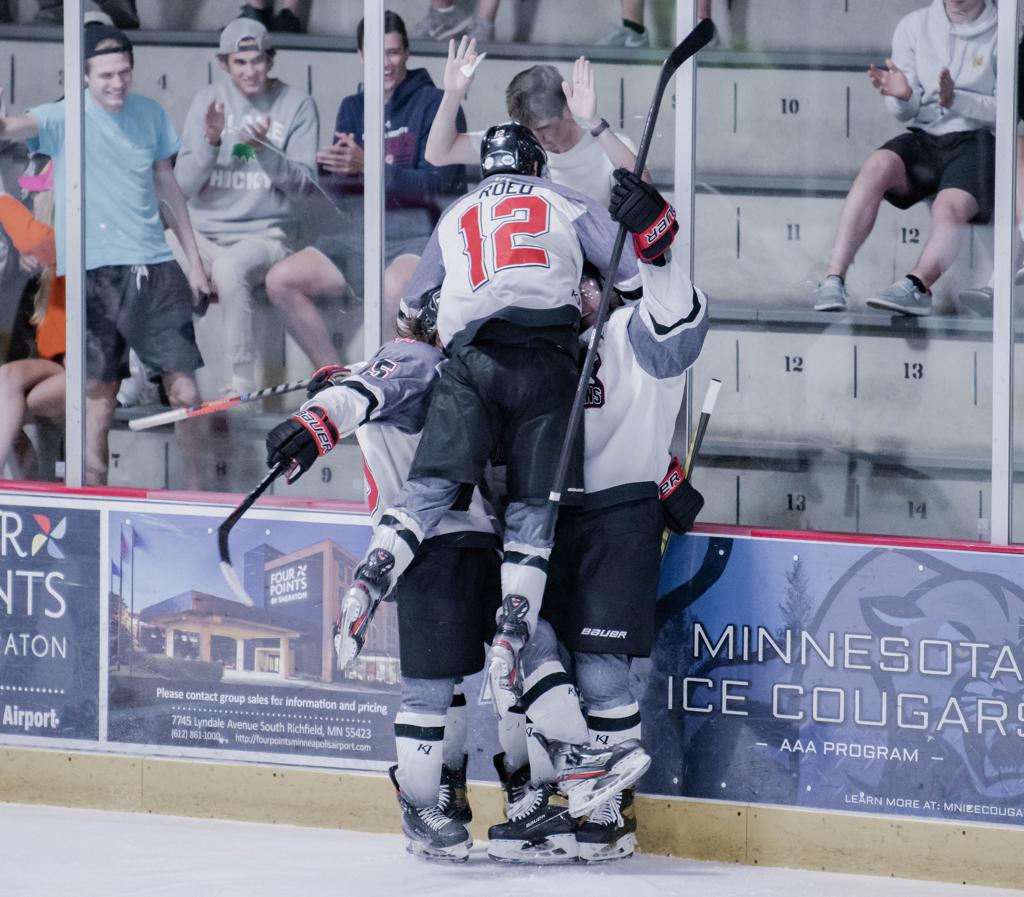 The Minnesota Magicians celebrate after scoring on Saturday night.

Theo Thrun scored in the third period to “cut” the Magician lead to 6-1, but Roed’s third playoff goal kept the Minnesota advantage at six. Kenai River’s Louden Poellinger scored 16 seconds after Roed for a 7-2 final score.

The series now makes its way north, but not to Kenai River’s home base of Soldotna, Alaska.

Down 2-0 in the best-of-five series after Saturday night’s loss and Friday’s 3-2 heartbreaker, the Brown Bears will “host” the Magicians at Andover Ice Arena, a trek of just over 35 miles north on 35W for the Magicians. 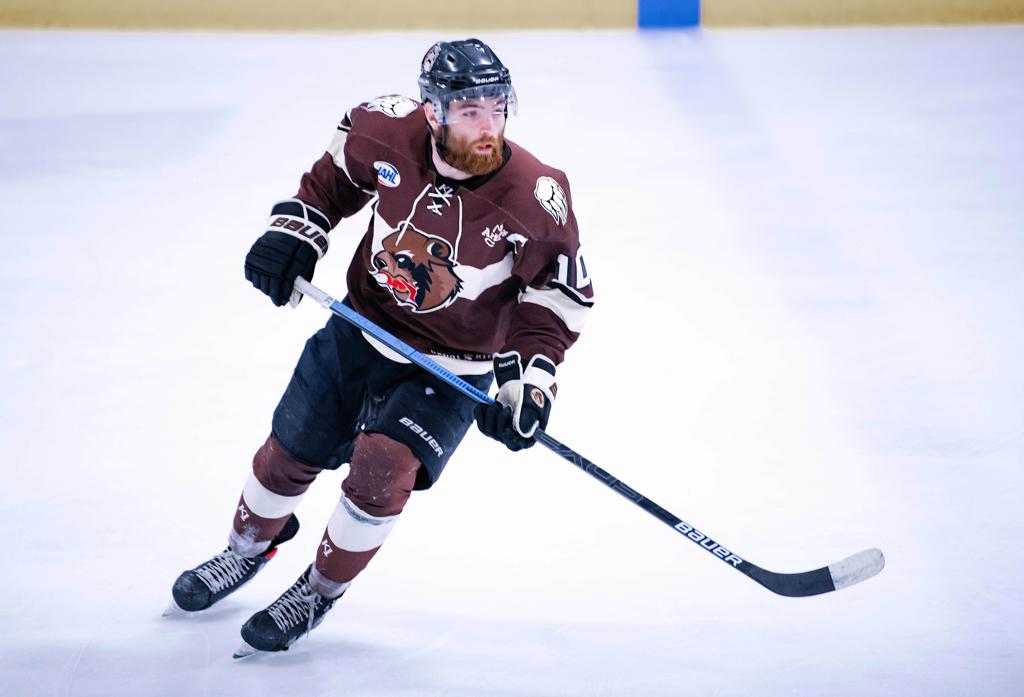 La Crescent, Minnesota native Laudon Poellinger scored the second goal of the evening in the Brown Bears' loss on Saturday.