Hockey trainer Andy Blaylock dives into the complexities that surround the mental side of hockey growth.

Lessons learned from the page practiced on ice

In recent decades, a couple of books have been written that have influenced the thinking of many hockey coaches and aspiring players (and rightly so). Carol Dweck's Mindset and Angela Duckworth's Grit are the two examples of this that come to mind for me. These can be very useful in guiding a hockey player's approach toward striving to reach their potential, as well as in the context of informing a coach's approach to supporting the development of their pupils. Of course, they are more than that as they are also touchstones for modern views on how to be successful as a self-made participant in life's journey.

Taken together, they stand opposed to viewing your potential future self as firmly anchored to your current self. This "anchored" view can be summarized roughly as, "you are what you are." That view can lead to facing adversity with a sense of helplessness and inevitability. Instead, these books advocate for a view that seeks relentless striving for beyond-comfort-zone achievement. Further, the regular rebuffing that is guaranteed to be received from an unforgiving reality under such conditions is simply feedback that propels you to be a better version of yourself next time. 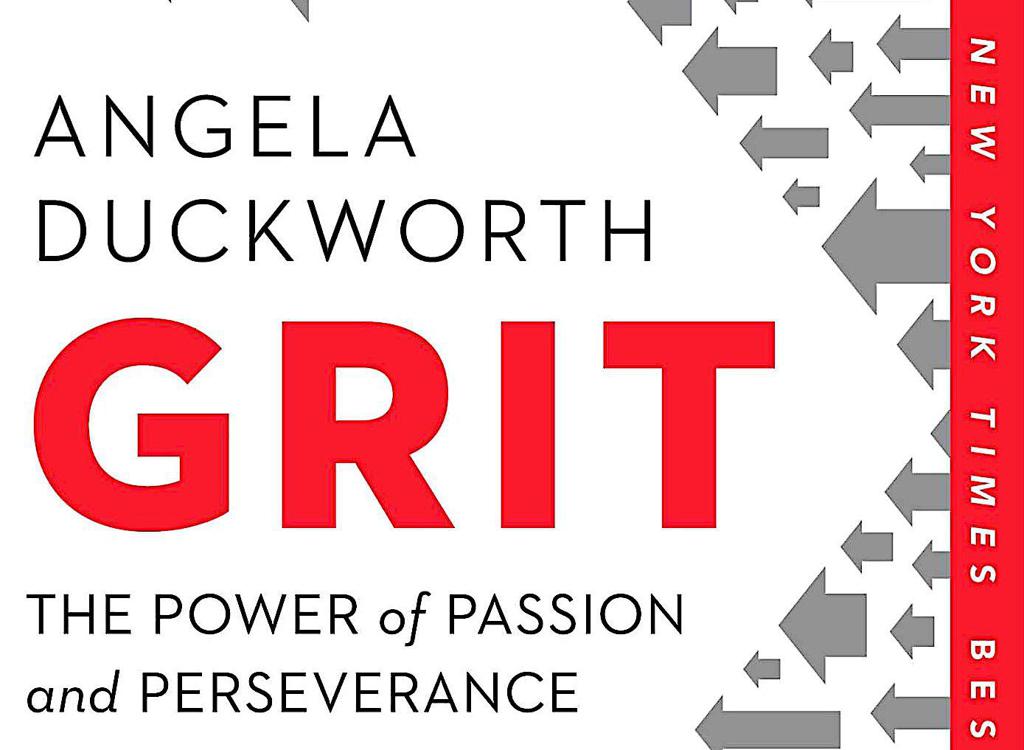 Can this growth-seeking view be taken too far?

One could argue that Captain Ahab was very gritty in his pursuit of the great white whale. This illustrates that it is possible to be wrong about how worthwhile a goal may be. He was apparently willing to sacrifice everything in his quest. His grittiness was overexpressed to the point of obsession. Ahab's story is fiction, and reality has provided many stories that counter the message of Moby Dick. Many examples offer accounts of success arising from a gritty pursuit of early-established life goals. But a balanced approach is warranted, and many observers have pointed to the value of avoiding the premature selection of goals toward which to apply one's grit.

In the case of Mindset, the book's hero is the "growth mindset," which stands opposed to the "fixed mindset." Dweck provides evidence that the fixed mindset leads to less life satisfaction. I agree that the general growth mindset approach to life is the better option. However, I submit that one should adhere to a "growth mindset" about too many things. And, nobody is growth mindset about everything they could be. Instead, one's precious energy for learning should be primarily focused around some small(ish) set of goals about which they care the most.

I'll provide an example. As I sit here typing out this essay, I am not at all limited by the speed of my fingers. I am consumed with the challenge of trying to encode my thoughts into sequences of words that will efficiently convey the relevant ideas and will be pleasant to read. My fingers are idle easily more than half the time as I simply think about what comes next. I certainly could be a faster typist, but what would it get me? I am not "growth mindset" about typing because it wouldn't support my goals. It is the task of choosing the right words which limits how much I can write in any period of time.

So, it is possible to overinterpret both books provided as examples and fail to see where they may not apply. On the other hand, I think it is safe to say there is a lot of value in both texts. So, with the above caveats in place, let's move forward by adopting a view that is a rough combination of the two. 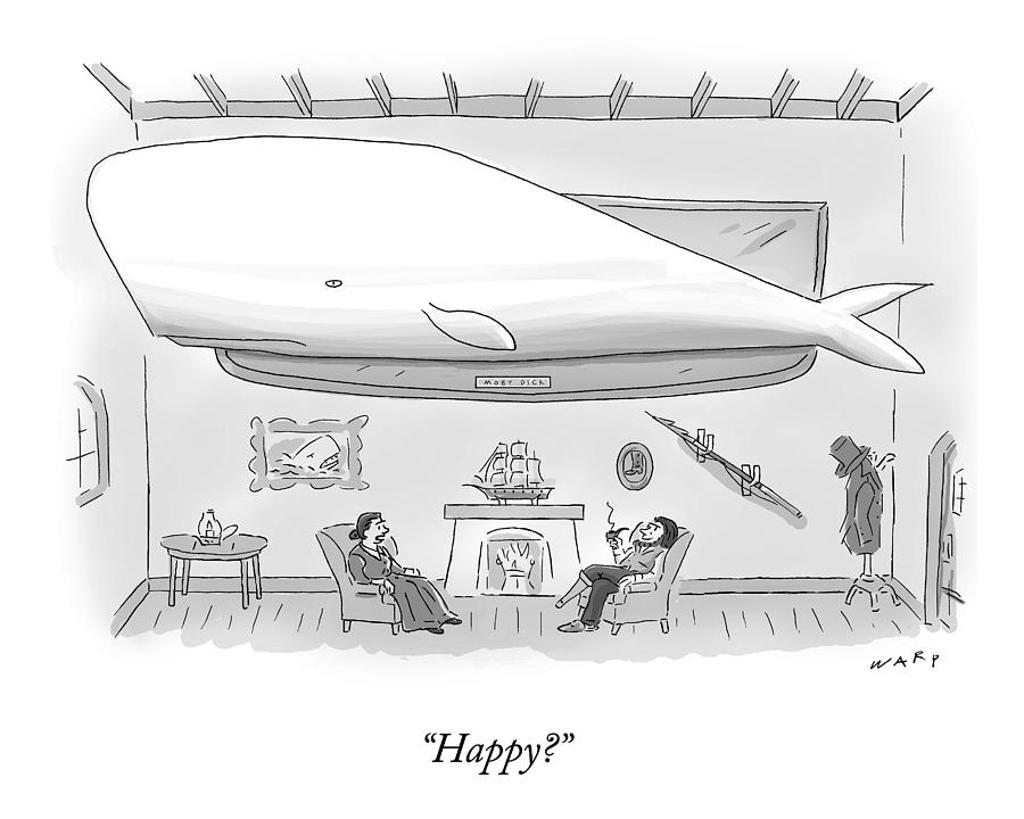 Could Captain Ahab's obsession be a result of too much grit?

How does this apply in hockey?

Since YHH is a hockey website, we have the gift of assuming that many readers have already decided that pushing toward their ultimate potential in hockey is a worthwhile goal for them (or, more likely, have children that have or will when at an appropriate age). So we can use hockey for our examples (but don't forget, for most people, these ideas will be far more useful for life in general than for hockey).

There is one skater that comes to mind for me when I think about working with someone who clearly brought out a need for my own grit and a growth mindset as a coach. He did this by adapting to the challenges presented to him very rapidly, often within minutes. His adaptations came in small-group or private lesson formats. I consider it my duty as a coach, particularly in a small group setting where it is reasonable for a coach to really pay attention to each skater, to find ways to disrupt players' comfort levels with the challenges demanded of them for as much of the time as possible.

One can guess the problem. The skater in question adapted so fast that it was challenging and creative work for me to keep pushing the limits to keep him out of his comfort zone. It forced me to be gritty and strive for growth as I had to keep up with his rate of adaptation.

Meanwhile, it demanded the same from him. On the rare occasion that he wasn't impressively successful with a new challenge on early attempts, frustration came quickly. Sometimes this frustration got to the point of distraction and loss of productivity. It occurred to me that he didn't actually understand what I was doing. In other words, he didn't know that my view was that the most valuable thing I could do was to find ways to constantly push him to levels of agility and multitasking complexity that made him athletically uncomfortable. If he had known that, it would have been clear to him that we were working together to make that happen. Since he didn't, it felt to him like I was working against him at times. Oops! Guess I should have explained that sooner.

After he understood that, he was frustrated less often, and when he was, he came back to more of a gritty, growth mindset quicker. Today, that skater has a bit of NHL game experience under his belt and is poised to be a regular soon. Many coaches, including my partner with Competitive Edge Hockey, who worked with him a lot more than I did, helped him over the years, and his accomplishments are his own, so this isn't a story of how I helped instill a growth mindset.

This instance played out in the days before Instagram, Twitter, and the like were ubiquitous, so I don't have a lot of video from those days of the multitasking challenges we were practicing. This YouTube video (cued to start at the right time in the video to play the relevant clip, which is only about 6 or 7 seconds long) is the best remaining footage we could find in the "archive." 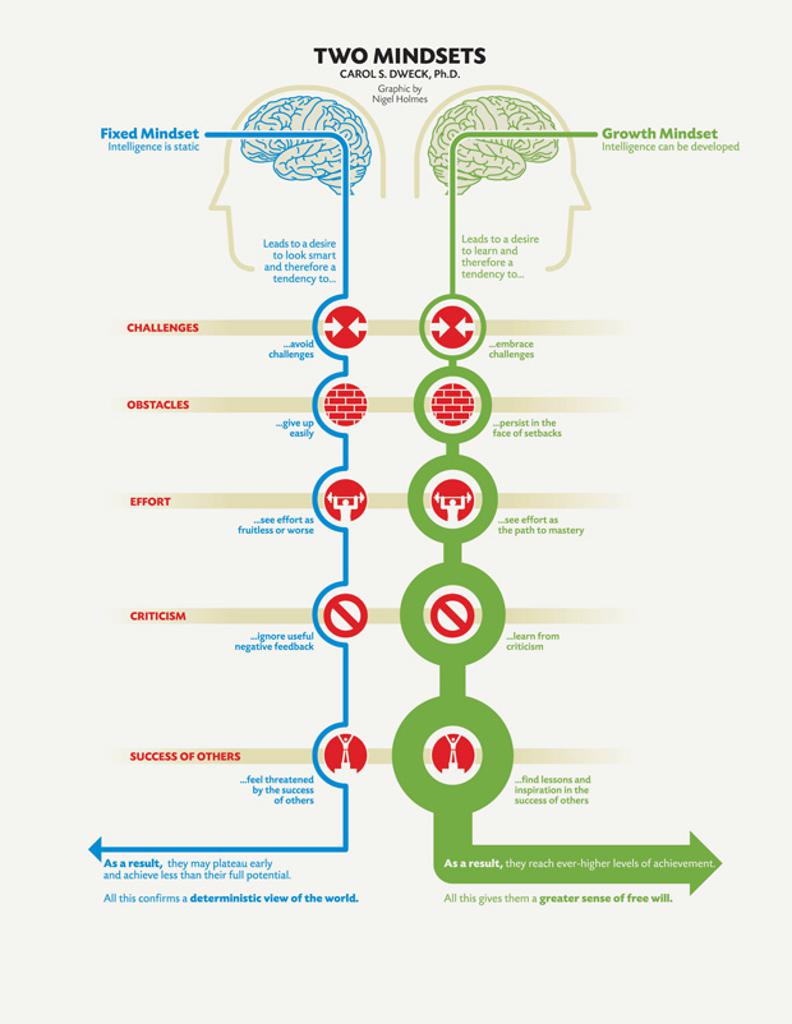 Since those days, I have been more proactive about this whole dynamic. I have taken to asking players how they receive information about their main areas of weakness of their game. Almost nobody naturally reacts positively to having attention called to their weaknesses. This reaction is especially true for kids who are extra keen to receive approval from adult role models.

However, my view is that such a reaction doesn't actually make sense in light of the sheer amount of effort that athletes put in to strive toward their potential. Why is that?

But bodies are made from physical stuff and are of a limited size. Therefore, there is only so much adaptation toward a stimulus that a body can produce. This plateau of sorts leads us to the concept of "available gains." "Available gains" is how much room remains to adapt to a given stimulus. For well-trained human movements, this room to adapt will be low because they have already made most of the available gains that were present from the start. For areas of weakness, the space to adapt is generally high. And when there is more room to adapt, the gains generally come more quickly.

So, what kind of news is it when somebody points out your weaknesses?

When you know where you have the most room to improve, you can improve the fastest. And of course, one who is fully bought-in to the Grit approach and the Growth Mindset have only a short leap of logic to see it this way.

Note: Of course, one must be careful that the person pointing out their weaknesses is not "out in left field," as they say. One should evaluate the plausibility of feedback received from any external source. They also should consider how qualified the person offering the feedback is to provide such feedback. It is hard to project a skater's ability to future levels of the game and to guess at the amount of improvement they will make between now and then. Many people in hockey are overconfident in their ability to judge these things. See the hit rate of the NHL Draft for NHL regulars over the years as an example.