Standings heat up with one more full day of the 2021 NOW Prospects Combine before Thursday's finale.

Dodgeball and kickball rule the day in Minneapolis

Every year, each new crop of NOW Combine participants finds an off-ice activity that stokes the competitive fires.

Sometimes it's Ultimate Frisbee. Other times it's football.

But nothing brings out the passion quite like dodgeball.

Each team competed in everyone's favorite physical education activity, with each match punctuated with an aggression that would put Lawrence Taylor to shame.

Intermixed with the dodgeball were spirited games of kickball and a speech from former University of Minnesota men's hockey standout Andy Brink. Brink's lesson was highlighted by the idea of "controlling what you can control," among other valuable mental tools.

White pulled away from the pack in the Major Division during the Mini-Games, scooping up wins over Major Gold 1-0, Major Grey 3-1, and Major Maroon 3-0. That marks five consecutive victories for Major White, which is led in scoring by Thomas Picconatto with two goals and four points. Closely following Picconatto are Dylan Dubuc and Victor Plante, who each have three points.

Minor Gold continues its run of dominance in the younger division, although Minor Grey handed the Minor Division leaders its first loss on Tuesday by a score of 3-2. Minor Gold's Amir Chebaclo still leads in the division in scoring with five total points, followed by teammate Freddie Schneider with four points. 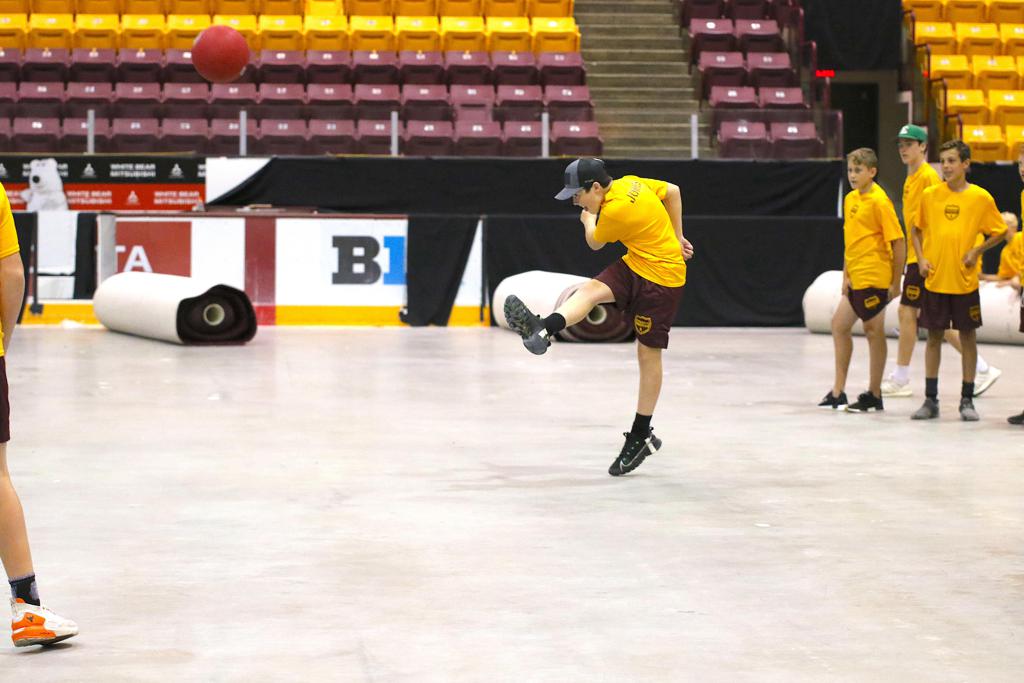