Wisconsin scored four goals in the second half to pull away from the Bruins for a 9-7 victory. 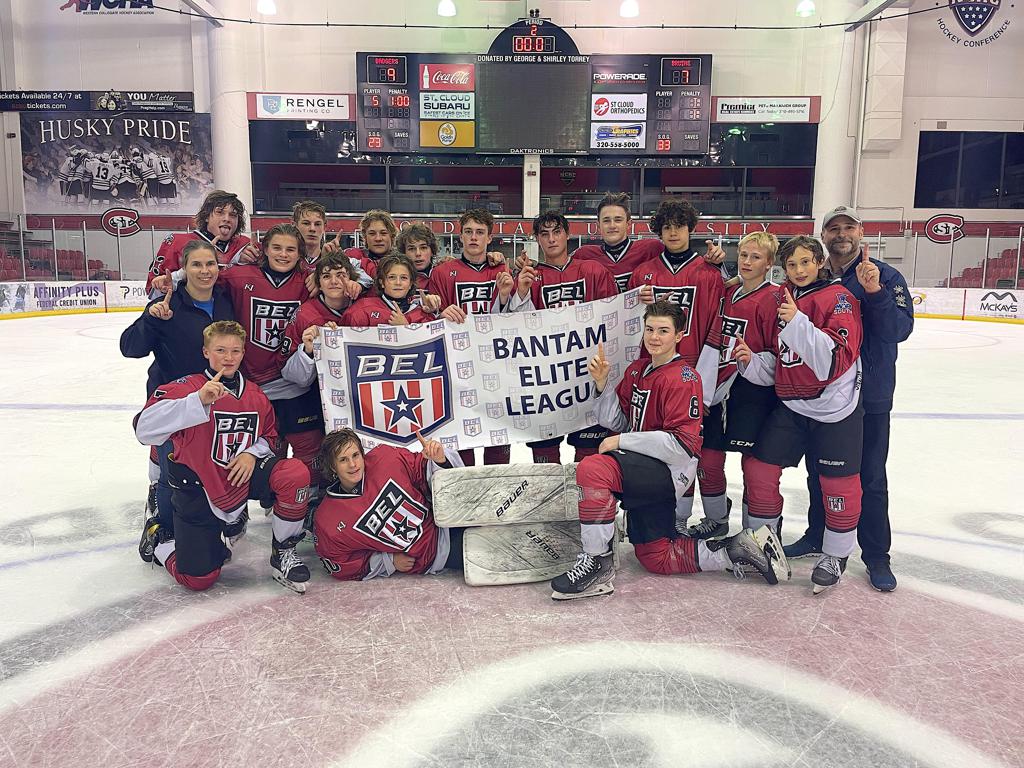 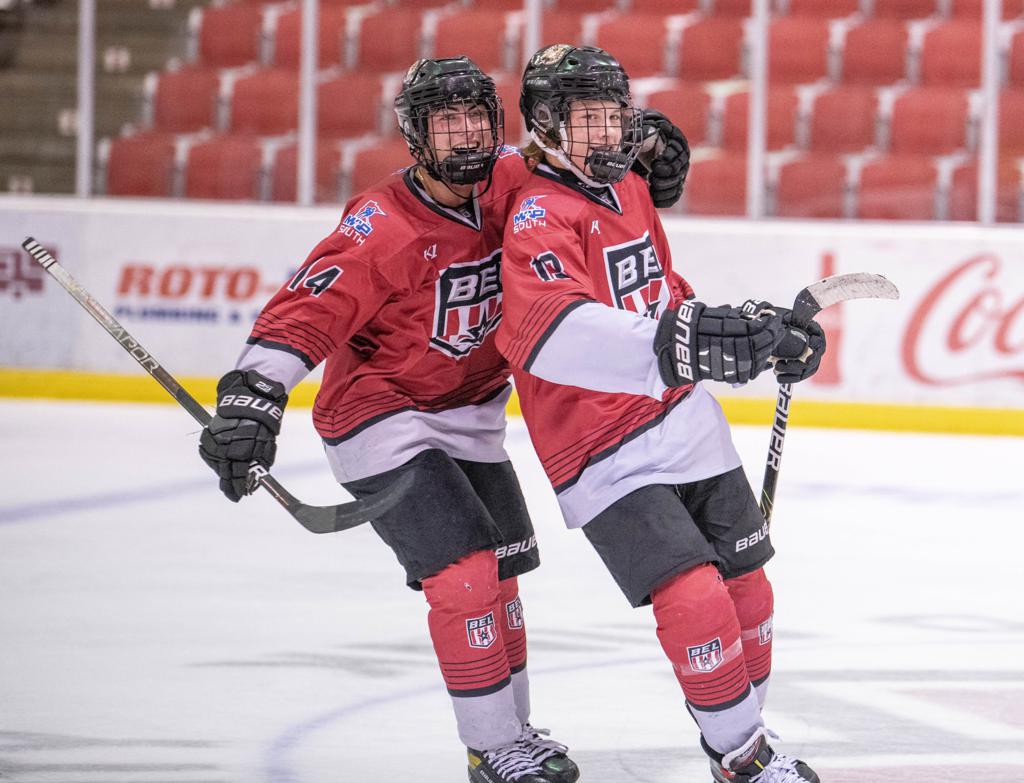 Ty Bashaw (left) celebrates after Sam Kappell's goal late in the second half of Saturday's win over the Bruins.

The fine people who pay the bills at the National Hockey Center may come knocking on the Bantam Elite League's door for a contribution to the facility's electric bill.

The Bruins and Wisconsin raced out to a 6-5 score after the first half of Saturday's Bantam Elite League Major championship, with the Bruins maintaining a one-goal edge after 25 minutes of play.

Szilveszter Lippai netted two goals in the first frame for the Bruins, with Henry Lechner, Brock Alberts, Mason Jenson, and Keaton Weis all adding single tallies for the B's. In the same form, Dylan Popehn scored twice for Wisconsin, while Cade Kozak, Tre Peck, and Ty Bashaw each chipped in a goal.

Undeterred, Wisconsin rattled off four scores in the second half, taking advantage of a five-minute major penalty against the Bruins' Landon Cottingham. Not only did Wisconsin score the go-ahead goal with the man advantage, but the Bruins also expended precious energy playing four-on-five for the majority of the second stanza's latter stages. Jackson Engberg scored to open the half to tie the game at 6-6, but Lechner's second goal gave the Bruins the 7-6 lead prior to Cottingham's penalty.

Kozak's second goal came while Cottingham's penalty was delayed. However, the penalty was still assessed after a brief conference between officials.

Tied at 7-7, Ty Bashaw scored on the power play, and Sam Kappell added the clincher as Wisconsin earned the championship title with a 9-7 victory. 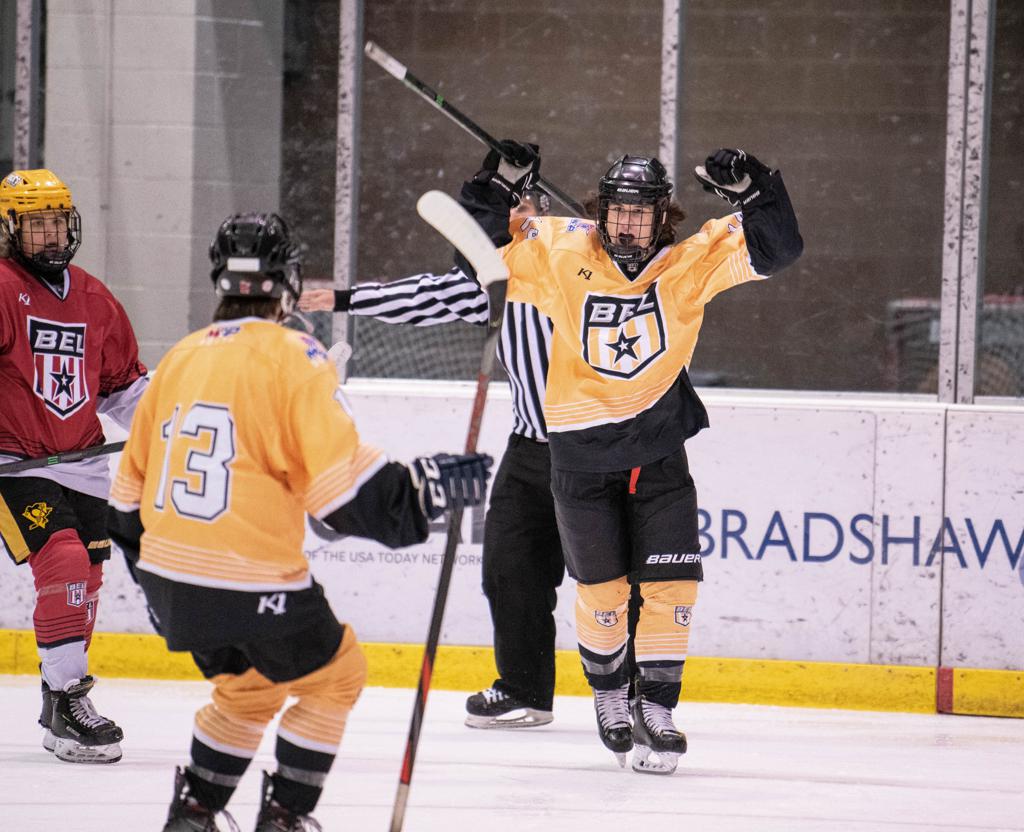