The final weekend of the Bantam Elite League's Minor Division plays out in Eagan. 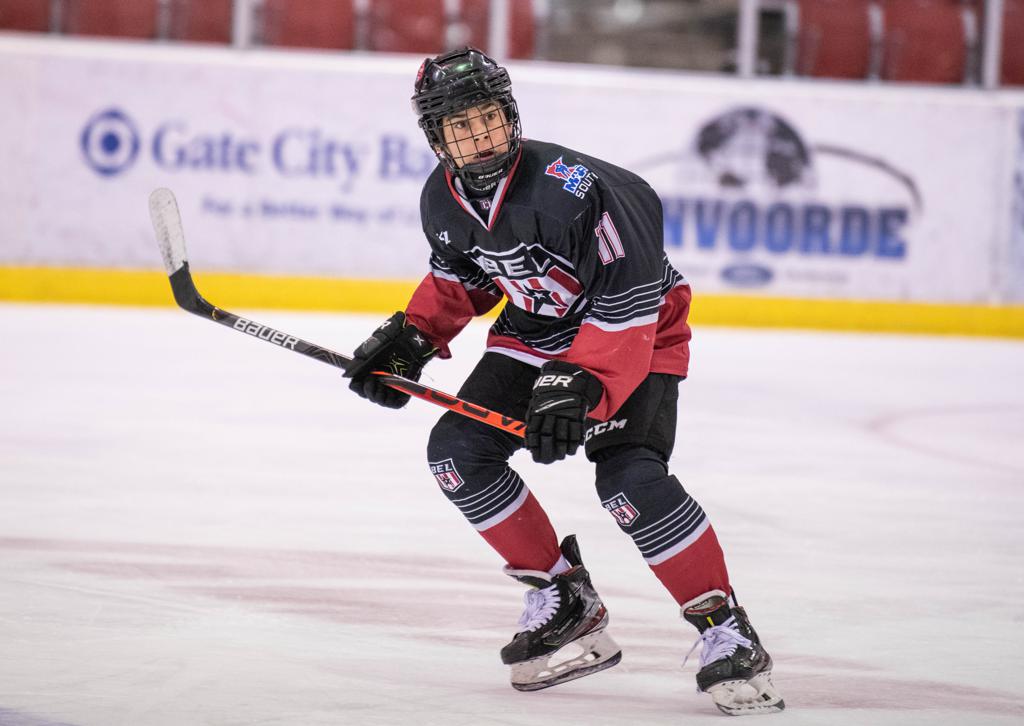 The Canes enter the playoffs at 3-5, with a three-game winning streak bookended by two losses on opening weekend and three consecutive defeats in St. Cloud.

Dawson Kloek and Alex White have provided offensive bright spots for the Canes through eight games, with Kloek netting seven goals and White tallying four goals and adding three assists. Defensively, the Canes feature one of the Bantam Elite League’s top Minor goaltenders in Brady Krey. Trey has recorded a goals-against average of 1.78, and a league-leading .930 save percentage.

Combating the Canes in the first round will be the Bruins, who carry a 5-2-1 record into the quarterfinals. The B’s feature the league’s third-leading scorer in Trey Fredenburg (7 goals, 7 assists, 14 points), plus fellow high-scorers Ryland Demars (7-5-12) and Cole Braunshausen (7-4-11).

Losses to the Penguins and Kings are the only stains on the Bruins’ resume, and the team has recorded five or more goals in every victory but one this BEL season. 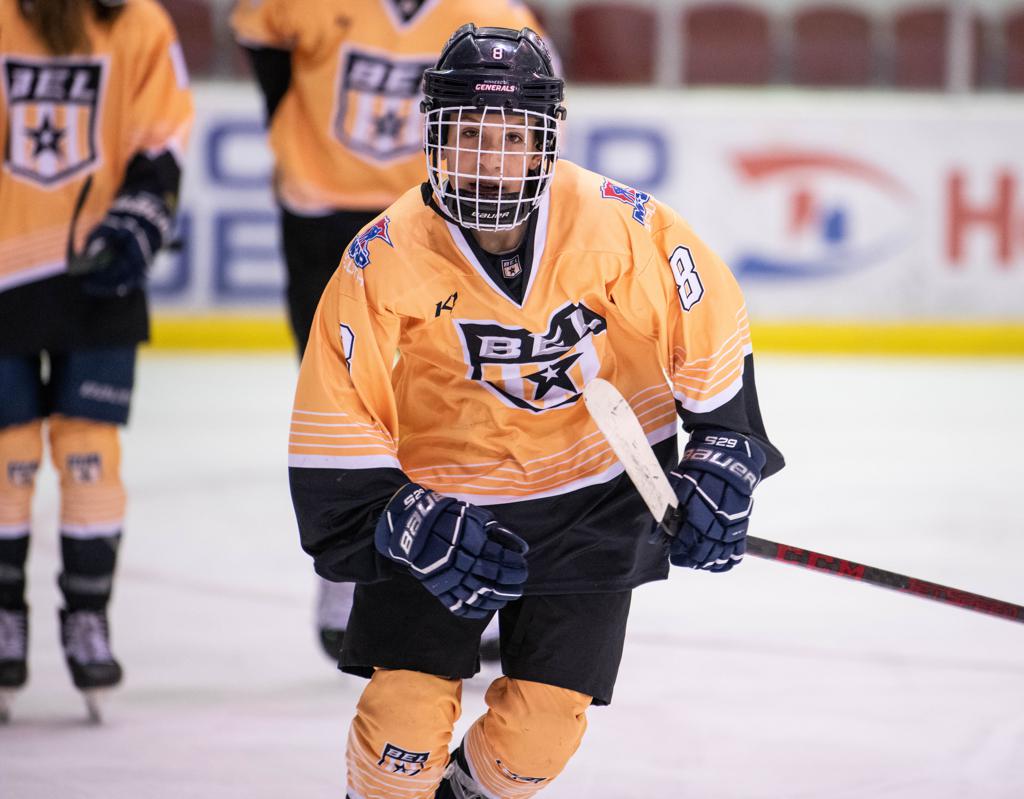 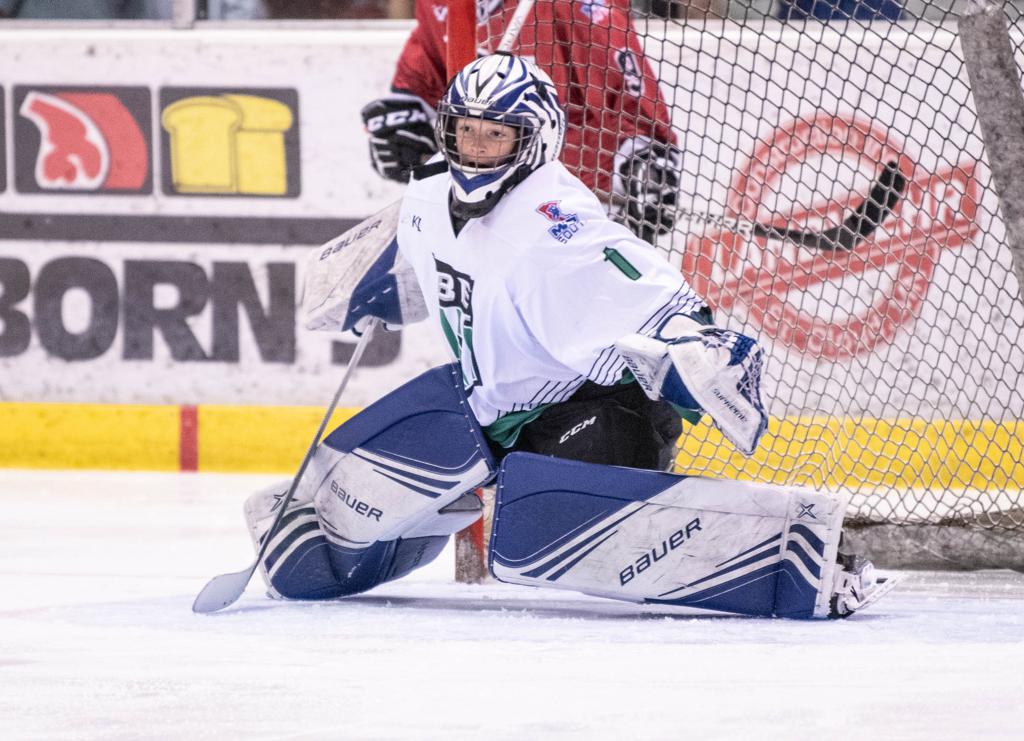 North Dakota (1-7) came out on top against Wisconsin last Sunday in St. Cloud, giving the Peace Garden State its first win of the 2021 Minor season.

Despite the overall record, North Dakota should not be taken lightly in the playoffs. The team has suffered multiple heartbreakers during the regular season, falling short in close games.

The Penguins (6-2) have recent history in their favor, topping this same North Dakota team 5-2 over the weekend in St. Cloud. The Pens have proven to be one of the most consistent teams through the BEL season, not to mention one of the best teams in the second half of games, outscoring the opposition 22-7 in the final 25 minutes.

All the pieces are there for the Penguins to make a deep run this weekend. 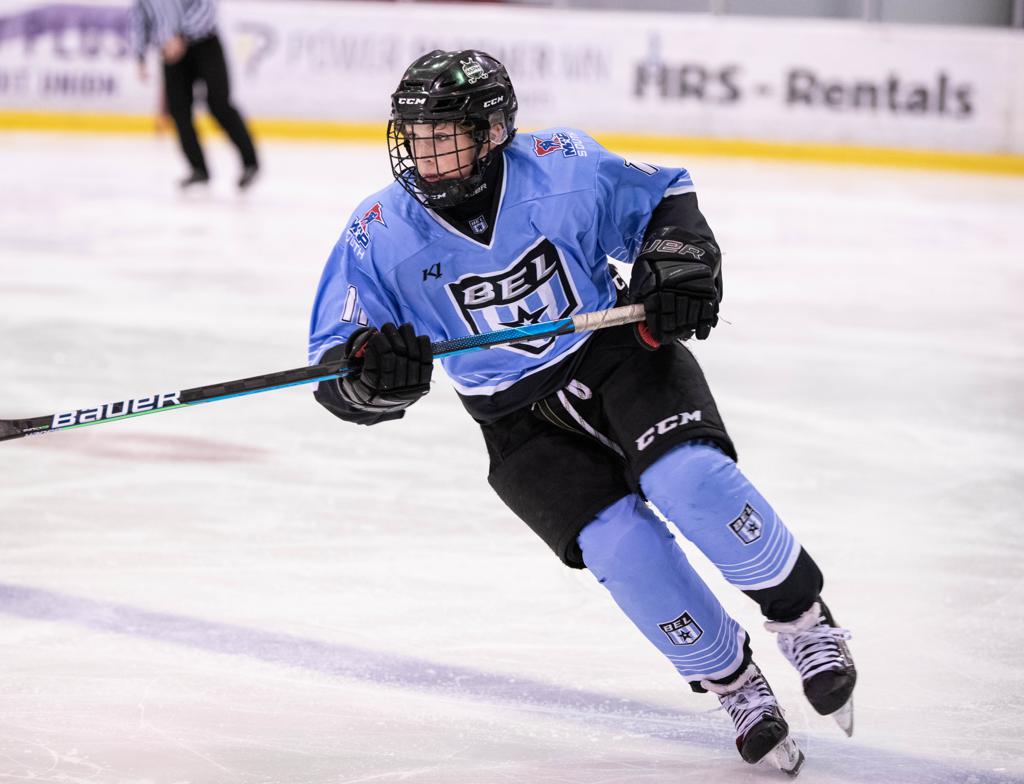 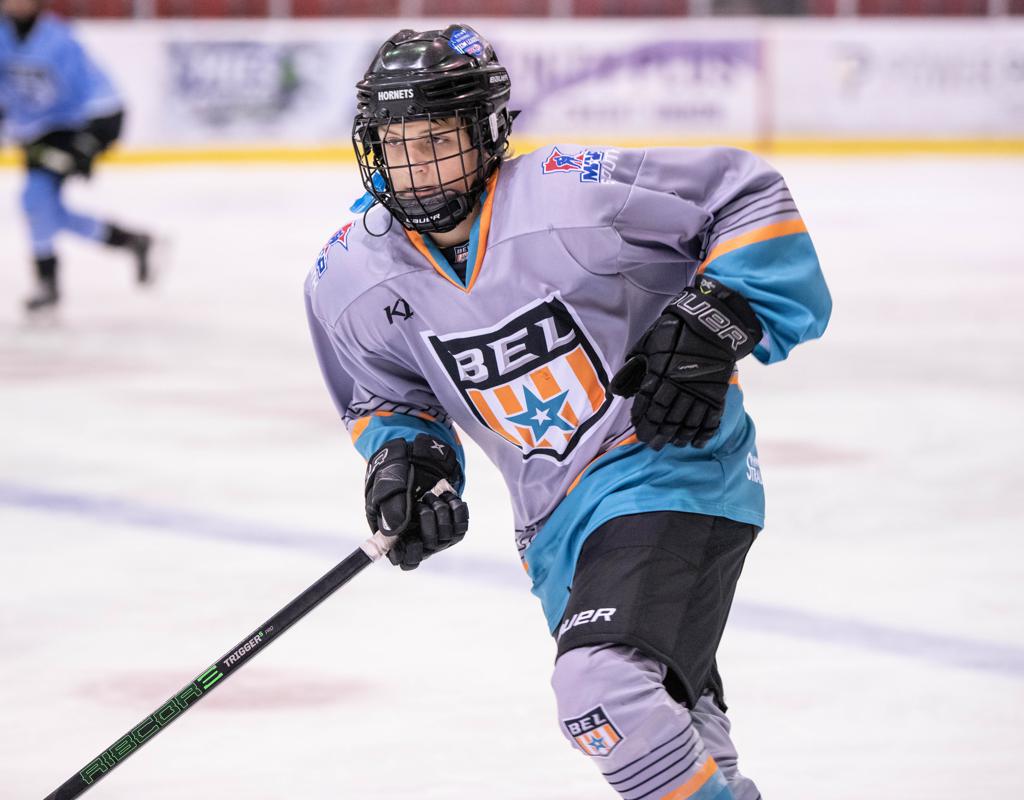 The Sharks have proven they can run (swim?) in a track meet, with each of their four wins seeing a total of eight or more goals scored between the two teams. Cole Bumgarner leads the Sharks in scoring with six goals and 12 points, followed by Casey Vandertop’s five goals and 10 points. Like the Penguins mentioned above, the Sharks also hold a 1-0 record against their quarterfinal opponent, defeating the North Stars 8-6 during the opening weekend behind a four-point performance by Bumgarner.

The North Stars come into the playoffs on a hot streak, winning three straight games in St. Cloud after losing the weekend’s opening game. The North Stars have suffered three losses during the BEL season, one coming in overtime and two by just two goals each.

Consisting of players from primarily northern Minnesota, Moorhead native Tyden Bergeson leads the North Stars and is second in the league in scoring with 11 goals and 17 points. Following Bergeson in the scoring pecking order are Mason Van Brunt (4-7-11) and Benson Peterson (7-3-10). 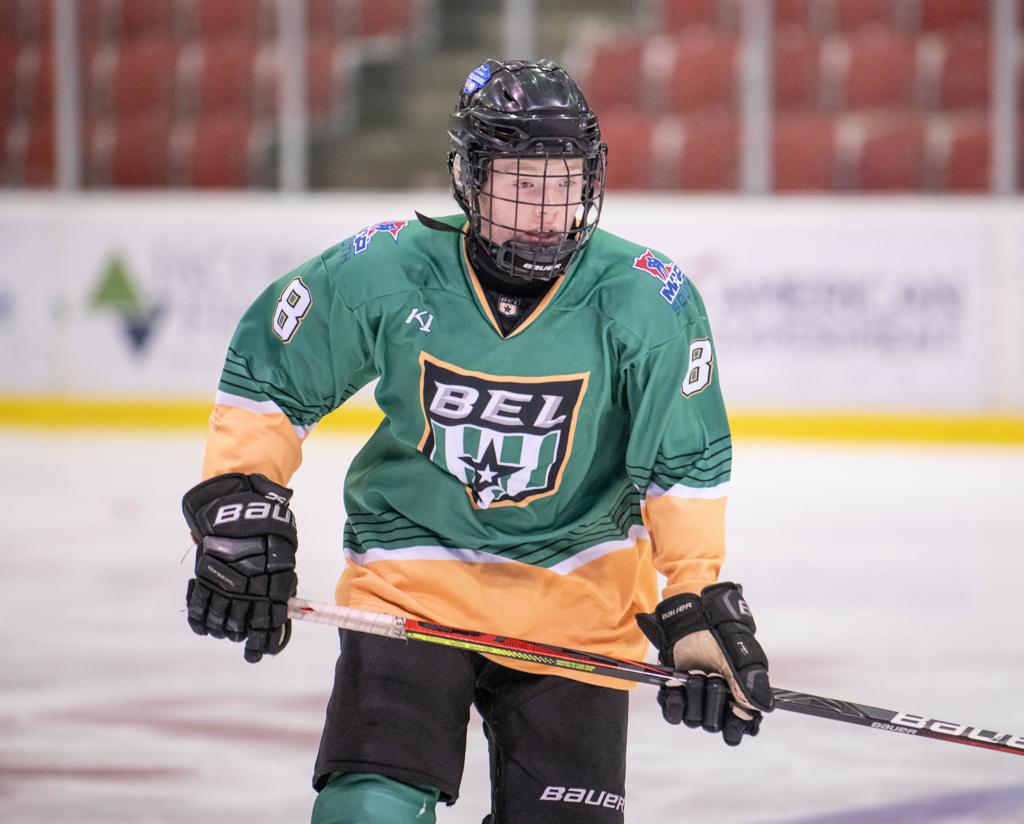 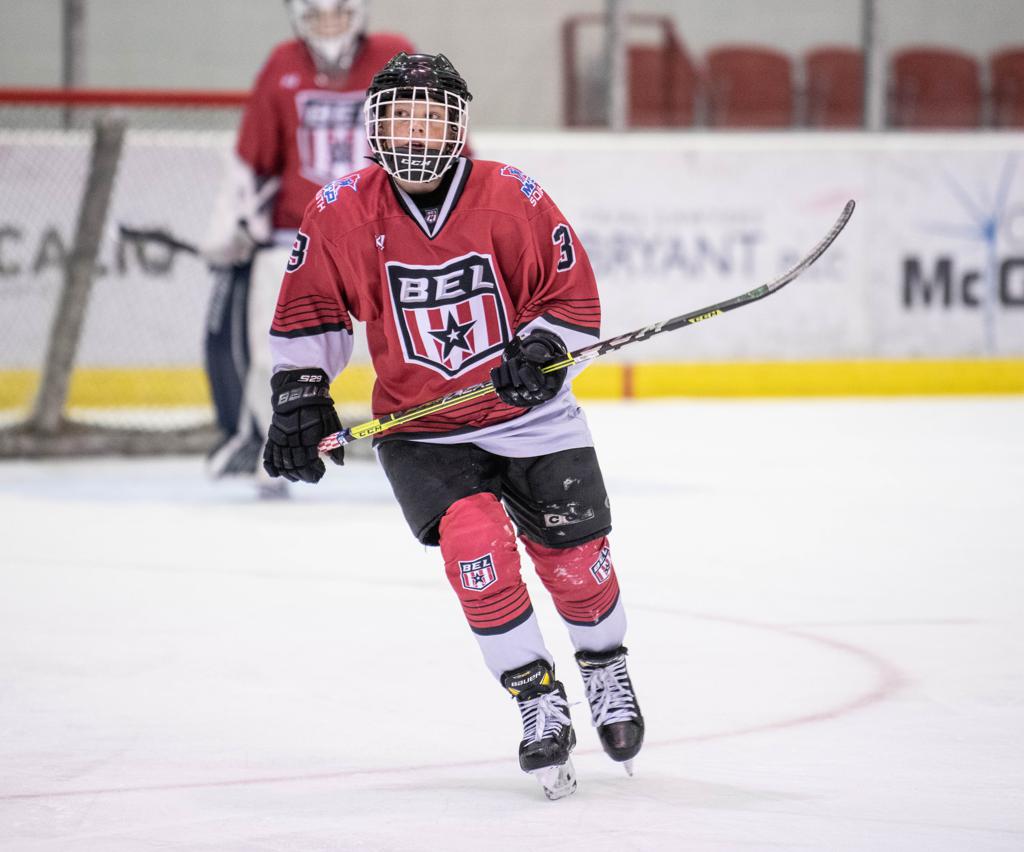 The Kings suffered their first loss of the weekend, falling 3-2 to the North Stars.

Prior to that game, the Kings (7-1) had not been held under five goals in any contest and hit double-digits in an Aug. 13 win over Wisconsin.

The Kings arguably have the league’s best defensive unit, boasting both size and skill. They have an offensive catalyst from the blue line in defenseman Carson Steinhoff (6-5-11). Add in Keegan Kiedrowksi (nine points), Jackson Bielenberg-Howarth (eight points), Mason Minor (seven points), and defensive specialist Bridger Riley (three points), and you have a deep and balanced unit.

Up front, Cooper Siegert (3-15-18) leads the BEL in scoring, and Jacob Kvasnicka (7-6-13) ranks fourth among all skaters. As if that weren’t enough, goaltender Easton Thvedt has the best goals-against average in the league at 1.75, and the second-best save percentage at .920. 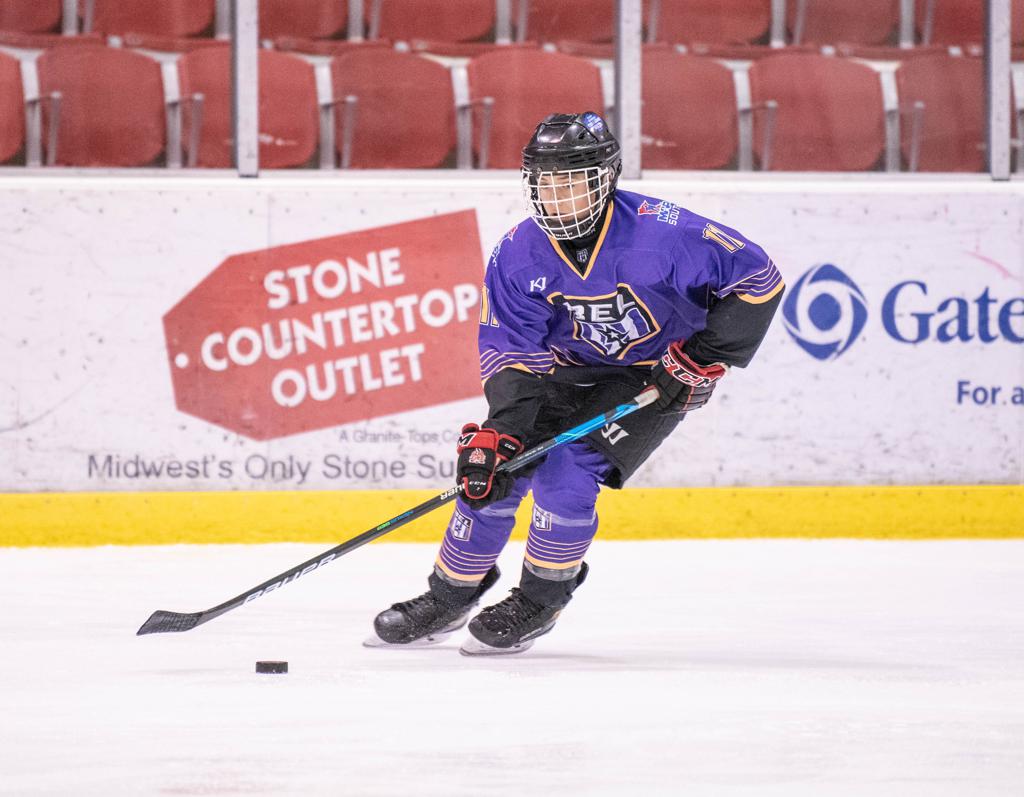