A Combine to Remember

The seventh annual NOW Prospects Combine concluded on July 1, with both Minor and Major Divisions going out with a bang in a pair of championship games.

First, Minor White edged Minor Gold 2-1 in a shootout, giving the history of the Combine a run for the title of "best game ever."

Cooper Avelar scored early in the second half for Minor Gold, but Minor White's Adam Margeneau knotted the contest at 1-1 with just 1:15 to play in regulation, setting the stage for a thrilling shootout competition. Liam Schultz scored on the first shot of the one-on-one's, and Minor White goaltender Hudson Ferrie denied Minor Gold's Amir Chebaclo to set off the celebration in Dinkytown.

White again came out on top in the Major Division finale, eking out a 4-3 win over Major Maroon.

Jacob Kvasnika struck first for Major White with five seconds to play in the first half, but the 1-0 lead quickly evaporated early in the second frame after back-to-back goals from Major Maroon's Andy Brown. The proverbial seesaw, and the lead, tipped back to the Major White end after scores by Tyler McCracken and Keegan Julik, giving Major White a 3-2 lead as the game entered its latter stages.

Major Maroon's Syler Sullivan brought the game even at 3-3, but Major White's Caden Clark scored his first goal of the Combine with 9:30 to play for the eventual game-winner.

Final matchups for Thursday's championships were revealed on Wednesday evening after tallying the scores of the off-ice activities, including "Ultimate Football" at Huntington Bank Stadium, Trivia within the 3M Arena at Mariucci and Ridder Arena, kickball, and more. 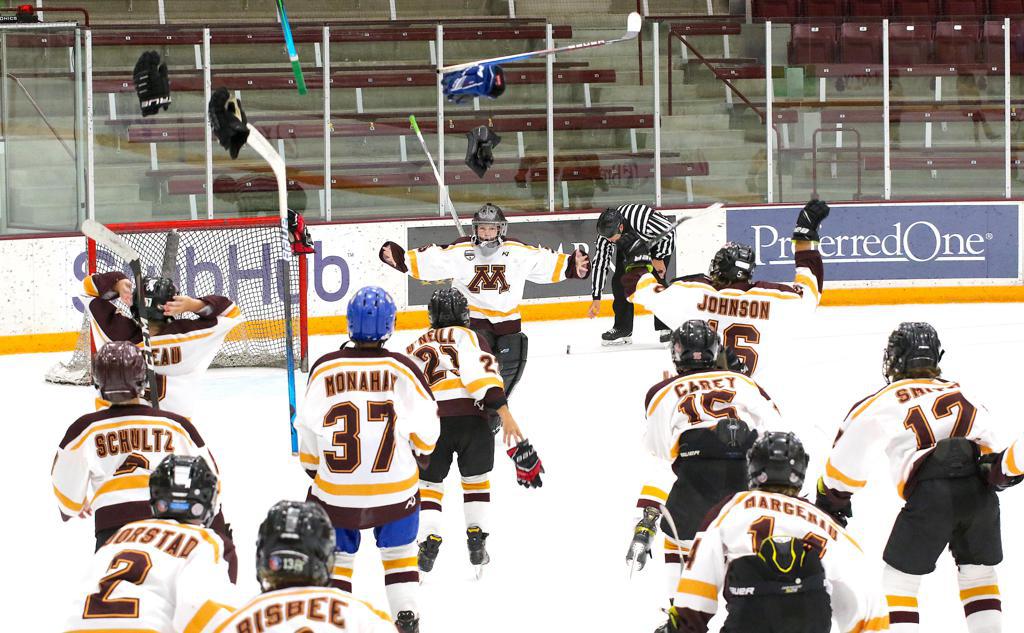 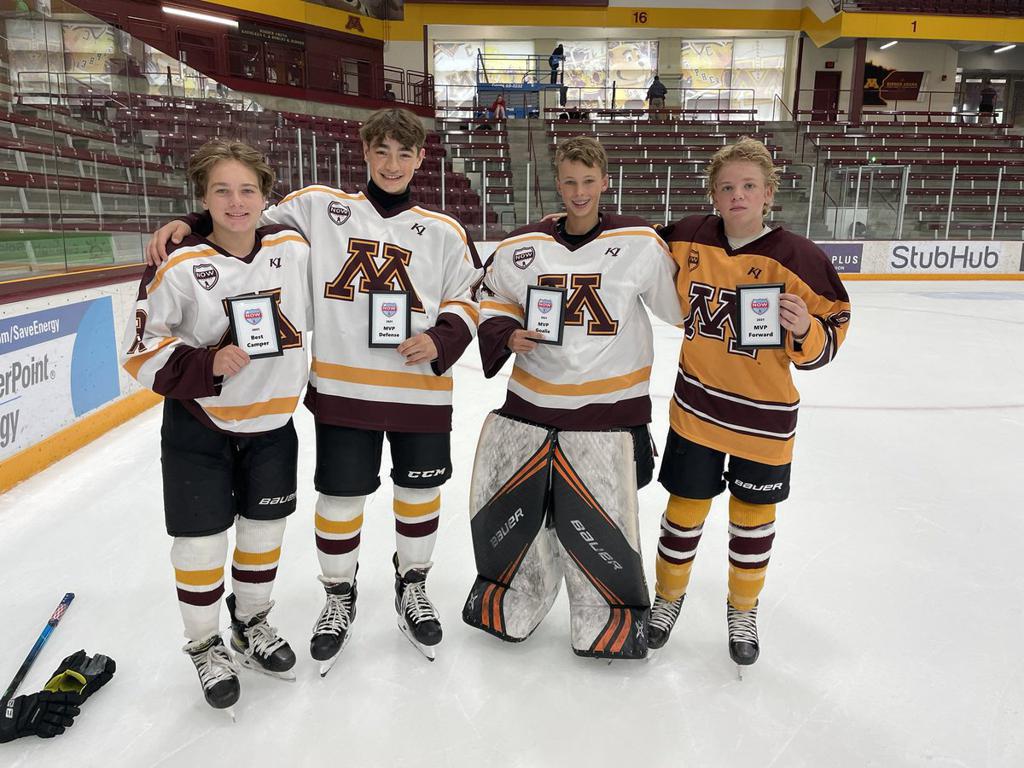