The Canes down the Kings to capture the 2021 Bantam Elite League Minor Division title. 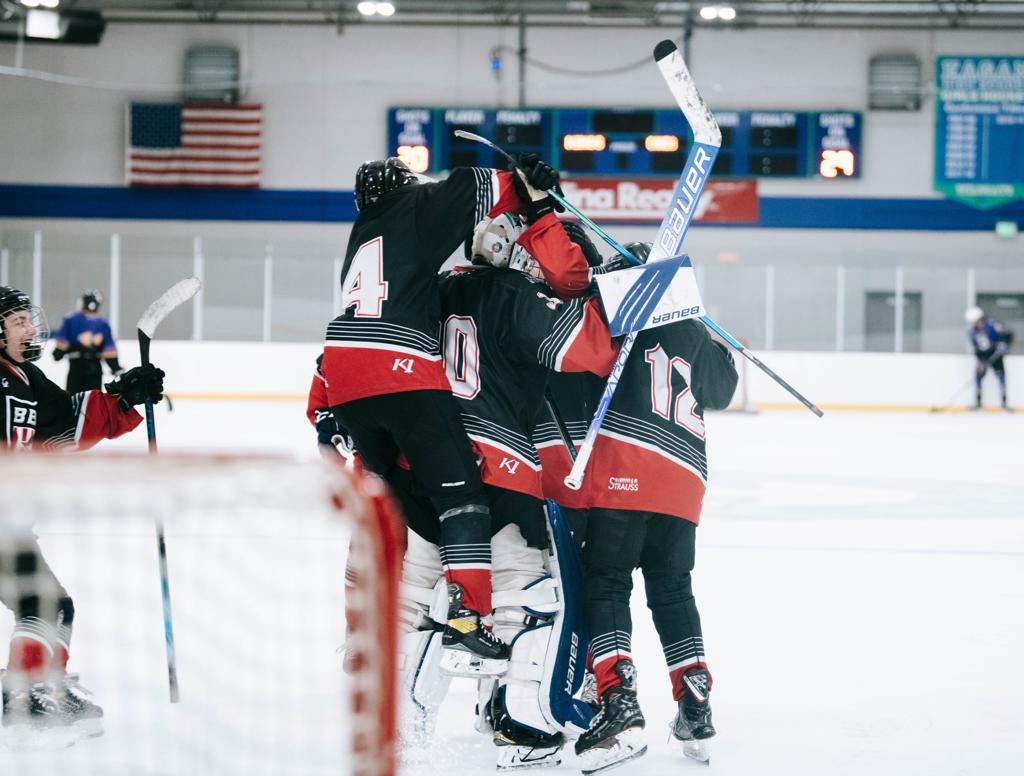 The Canes earned upset victories in the quarterfinals, semifinals, and championship game to earn the BEL Minor title.

Canes pull off the upset(s) for BEL Minor crown

If Cinderella had been a form of extreme weather instead of a maid, she would have been a hurricane.

The Bantam Elite League Minor Division’s championship game came down to the upstart Canes and the regular-season champion Kings, pitting the upset-darlings against the league’s Goliaths.

Behind two goals from Dawson Kloek, the Canes stormed past the Kings 6-0, picking up their third win in a row over a higher-seeded team and upturn this year’s BEL Minor crown.

Adam Crosby got the party started for the Canes, scoring with 11:18 to play in the first half to break the scoreless tie. Kloek then scored back-to-back goals within just over three minutes of each other, and Nash Saterdalen tacked on a fourth tally. The opening barrage sent the Canes into the locker room at halftime up 4-0 and riding a wave of momentum the could only be matched by a Category 5 just off the coast of Key West.

Gavin McNeil, the hero of Friday night’s quarterfinal win over the Bruins, scored 17 seconds into the second half, and a final goal by Carter Ernst cemented the 6-0 victory for the Canes. Alex White finished with three assists in the win.

With two goals and the finale and seven during the playoffs, Canes forward Dawson Kloek was named the Bantam Elite League Minor Division’s Most Valuable Player. 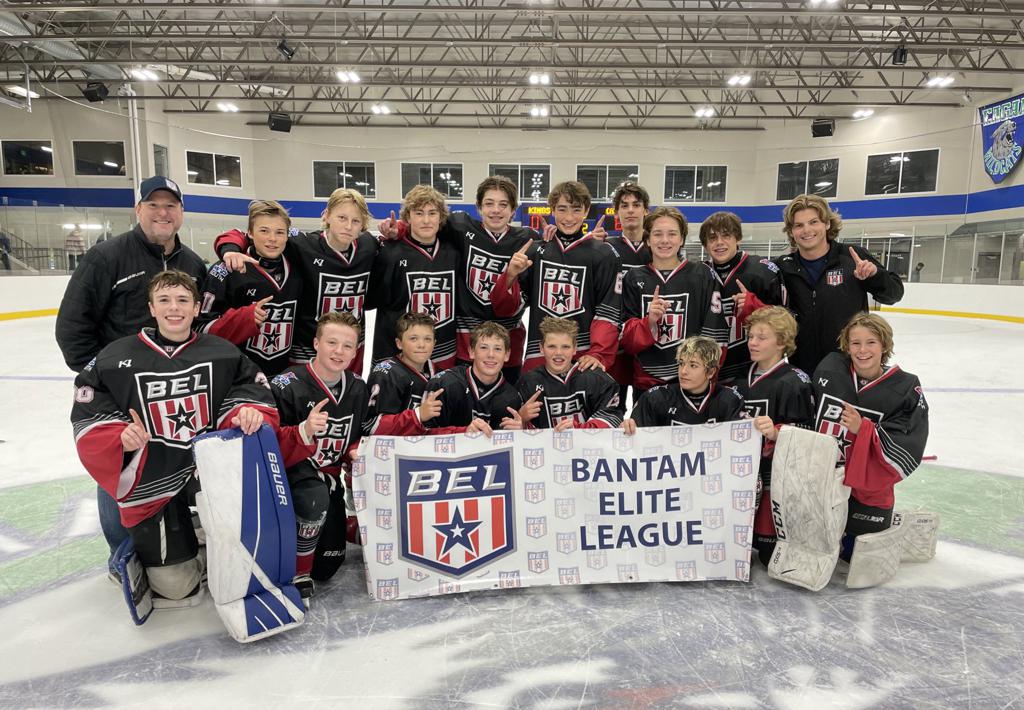 The Canes are the 2021 Bantam Elite League Minor Divison champions. 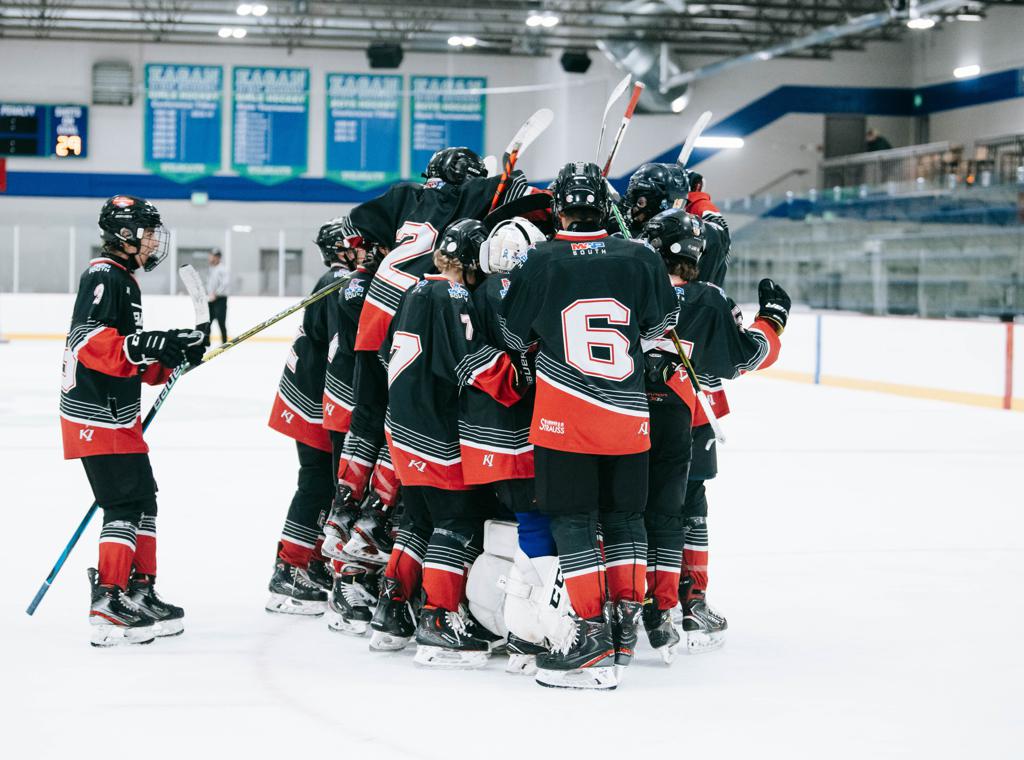 The Canes scored four times in the first half en route to a 6-0 championship win over the Kings. 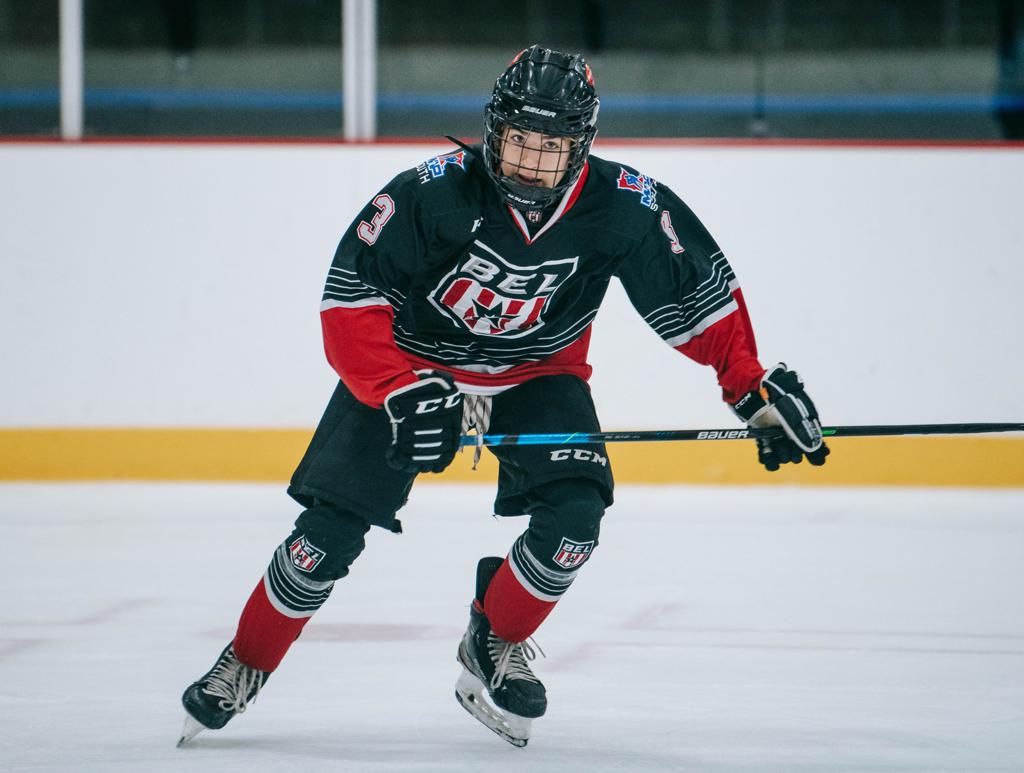 Dawson Kloek tallied three goals for the Canes to lead them into the finals. 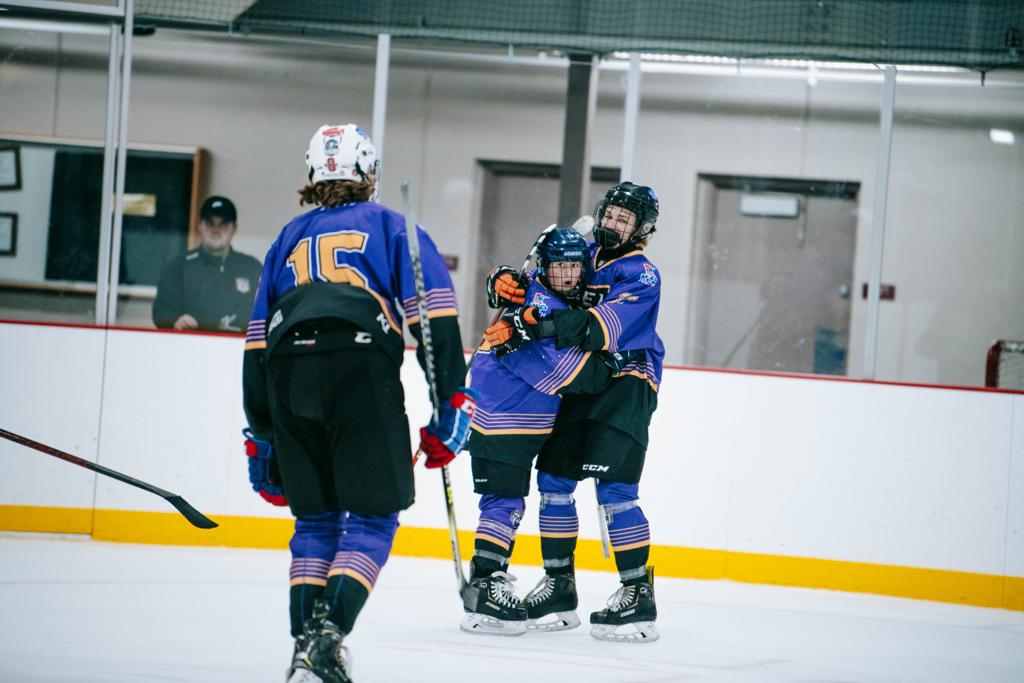 Eli Molde celebrates after scoring the game-winning goal during Sunday's semifinal victory over the Sharks.