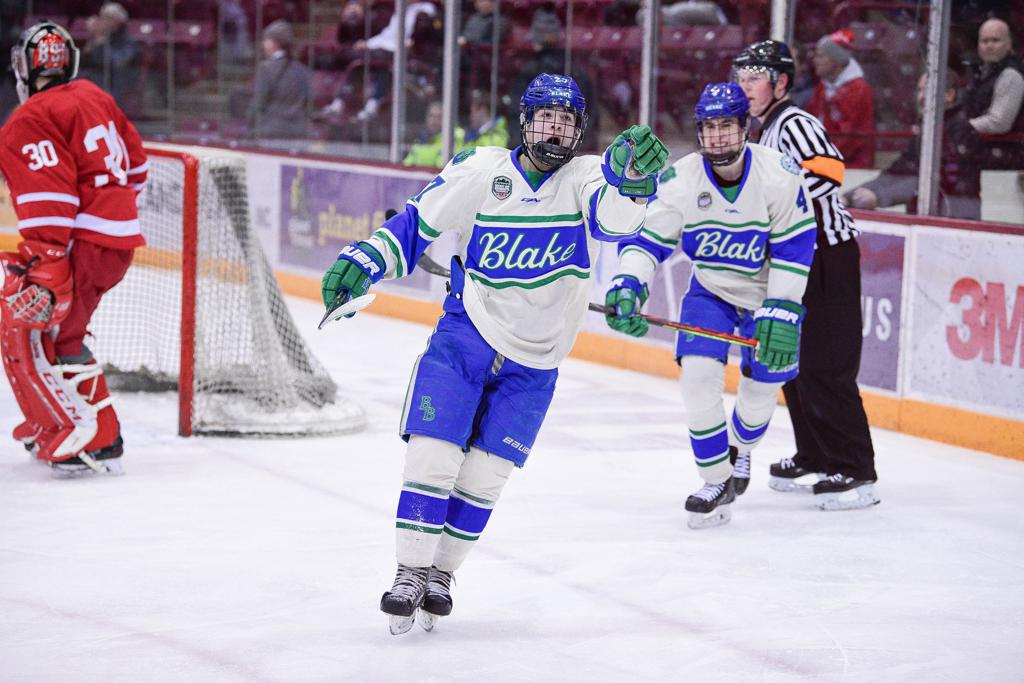 Blake's Will Matzke, shown here during the 2020 Section 6AA final, leads the Elite League with three goals and 10 points for Twin Cities Orthopedics.

The Cretin-Derham Hall/St. Thomas Academy rivalry game could have a new winner

This year, the Raiders may have the upper hand.

The St. Paul contingent has led MAP South (3-0-1) to the top spot in the Upper Midwest High School Elite League standings heading into the second weekend of play.

What could a goalie want more?

Is it wins? Shutouts? Being the tallest player on the ice?

Erickson has played all four games for TDS Transportation, coming in at 156 shots faced after 239 minutes of play. Erickson is 39 ahead of the next player in the shots faced pecking order, Cretin-Derham Hall’s Marko Belak.

After backstopping the Pioneers to the 2020 Class AA state championship (and being forced out of the 2021 tournament due to COVID-19), Erickson returns this season as a favorite for the state’s Frank Brimsek Award, given annually to the state’s top senior goaltender. 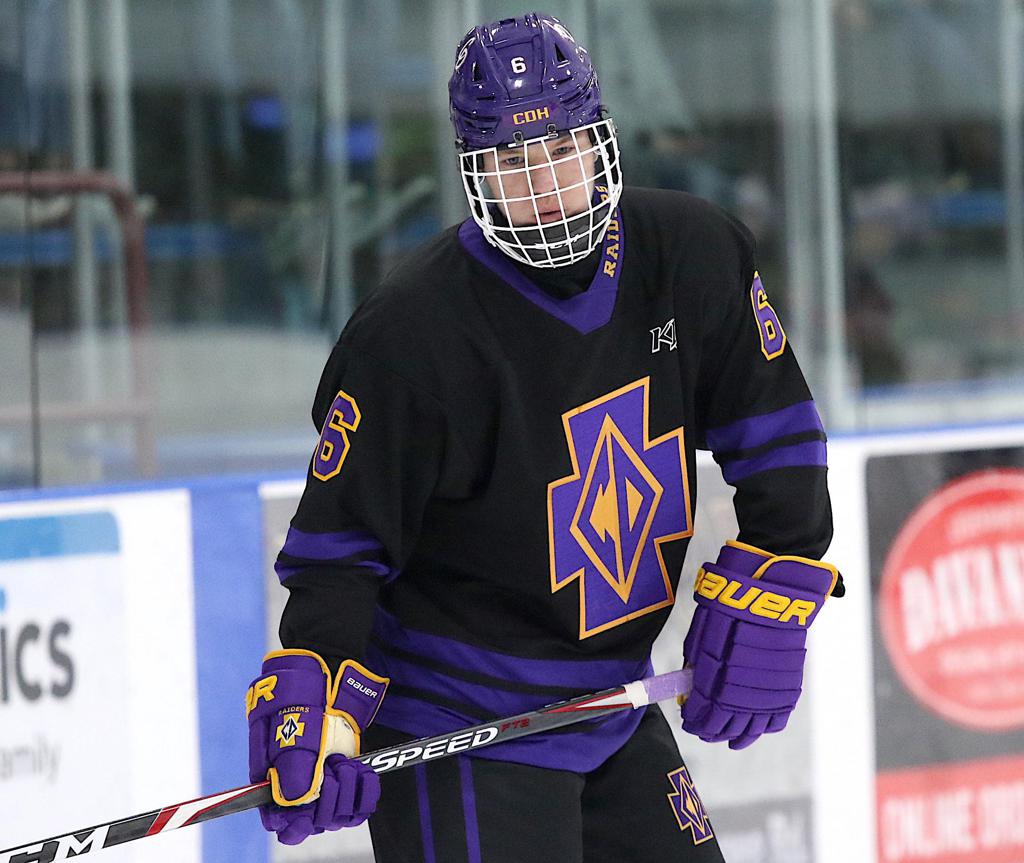 Holmer has the best goals-against average (1.50) and save percentage (.957) among qualifying netminders in the Elite League and has helped Sanford Power to a 2-0-1 record through three games while splitting time with Warroad’s Hampton Slukynsky.

Coming off a promising junior season, which included three shutouts and a 29-save performance in the Section 8A semifinals in a 3-1 loss to East Grand Forks, could Holmer be in the Frank Brimsek conversation with a strong senior campaign?

The Prowler pedigree is already there. Zane McIntyre (formerly Gothberg) won the award in 2010, and Frances Marshall earned the Let’s Play Hockey Senior Goalie of the Year Award on the girls’ side in 2015. Marshall led the Prowlers to the 2015 Class A state title while posting a record of 26-1-3, a GAA of 0.84, a .954 save percentage, and eight shutouts.

Second in standings, first in scoring

Twin Cities Orthopedics may currently be second in the Elite League’s standing at 2-0-2, but TCO boasts the league’s leading scorers in Blake’s Will Matzke and Benilde-St. Margaret’s forward Adam Marshall.

Matzke leads the Elite League with three goals and 10 points through four games, followed by Marshall’s four goals and nine points. Both varsity contributors since their freshman seasons, Matzke notched five goals and 12 points in last season’s COVID-shortened season, while Marshall tallied 13 goals and 32 points for the Red Knights. 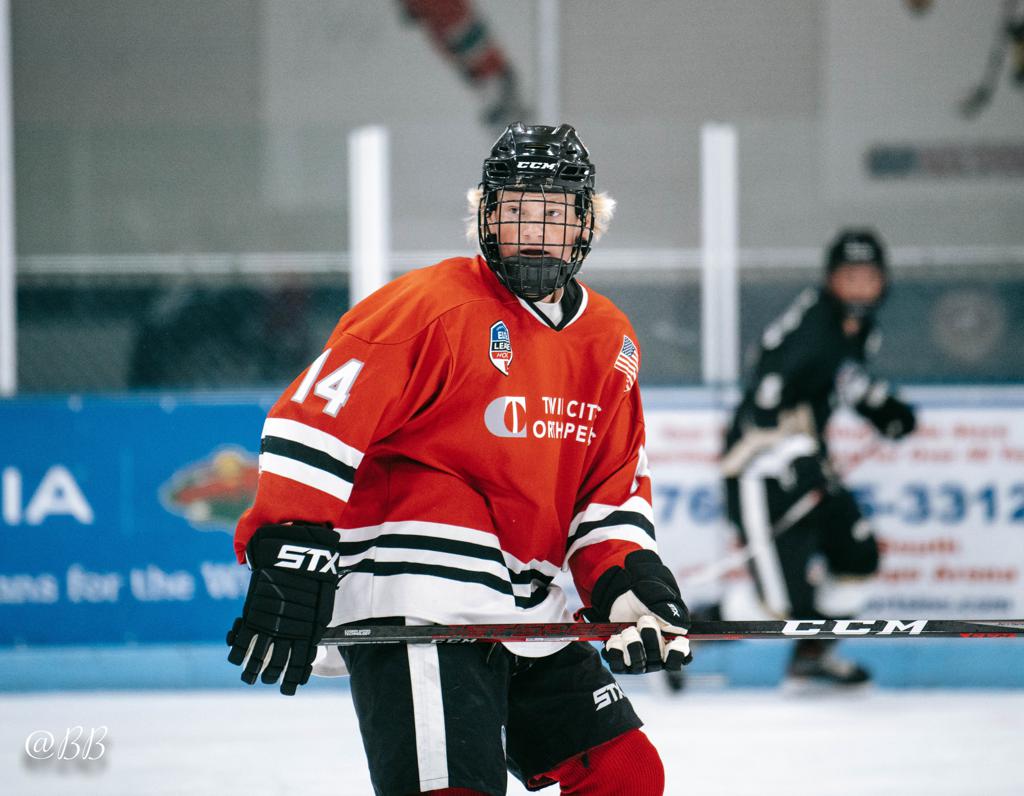 Fortunately, there are EMTs at Elite League games, because Kowalski’s may give someone a heart attack before the fall season is over.

All three of Kowalski’s games have been decided by a single goal (or less) and concluded dramatically.

First came a 3-3 tie with MSP Magazine, in which Kowalski’s allowed three goals in the third period to erase a 3-0 lead.

Next was a 7-6 track meet win over Team Wisconsin, which featured both teams scoring four times in the first period before seesawing their way through the second and third frames.

Finally, the 5-4 loss to league leader MAP South. Taking a 3-2 lead into the third period, Kowalski’s saw MAP South score twice to earn the come-from-behind victory, including the game-winner with three seconds left in regulation.

SIT Mutual Funds leads the Elite League in penalty minutes with 52 so far, outpacing the next-closest squad by 20 minutes, which could be broken down as ten two-minute minors, four five-minute majors, or two 10-minute misconducts. Math.

Despite the time spent next to the PA guy or gal, SIT Mutual Funds currently ranks third among Minnesota-based Elite League teams with a penalty kill percentage of 88%.

That 88% mark is better than the No. 1 team in the league MAP South and the No. 2 team Twin Cities Orthopedics. 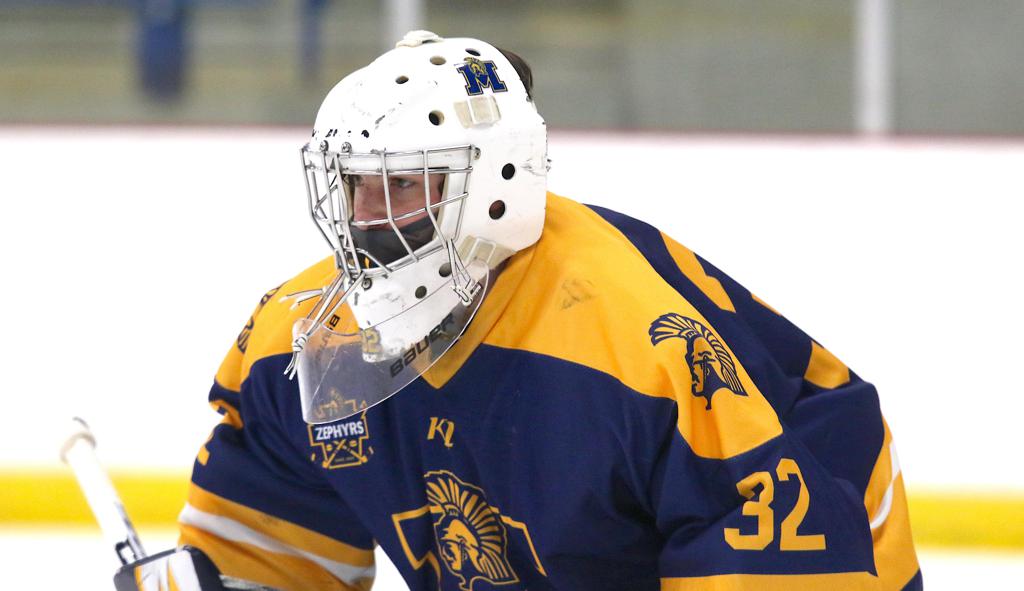 Mahtomedi goaltender Ben Dardis is suiting up for SIT Mututal Funds during this year's Elite League.