Five more Minnesotans verbally commit to St. Thomas during the month of October, running the month's total to nine total commits, plus a recruit's change of heart. 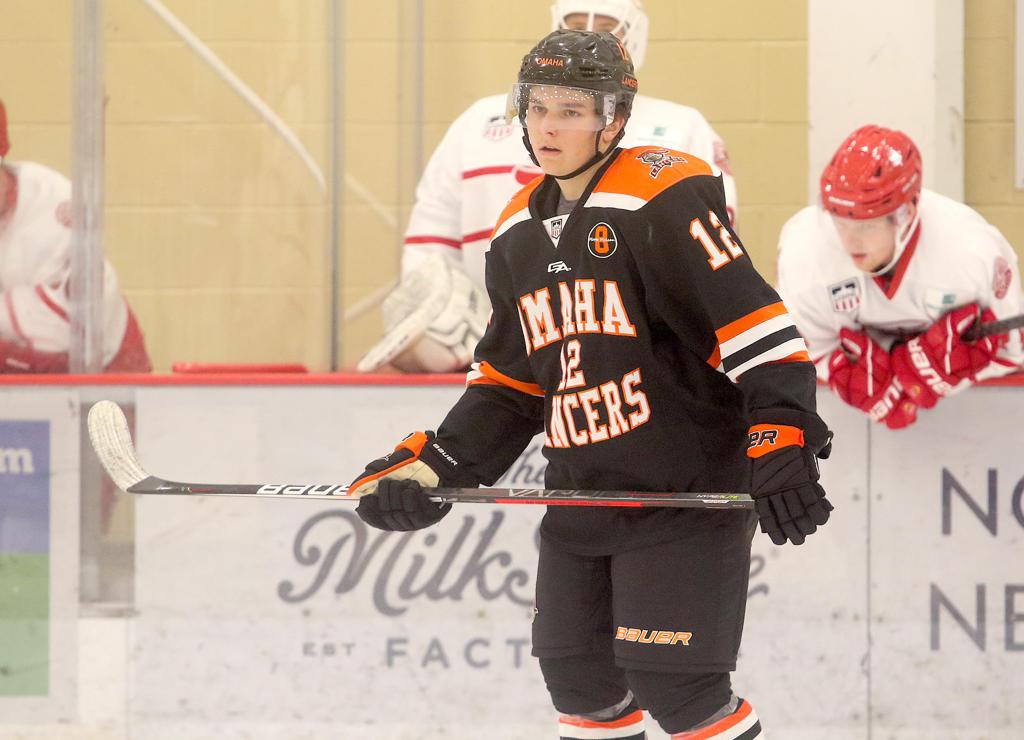 Former Maple Grove standout Ethan Elias is playing this all with the USHL's Omaha Lancers.

The St. Thomas men’s hockey team is 1-9 thus far during its inaugural season, but reinforcements are on their way.

The Tommies snagged five verbal commitments during October, with all but one player coming from the junior ranks.

Cretin-Derham Hall’s Colton Jamieson was the lone high school player to commit to the Tommies last month. As a sophomore last season, Jamieson totaled three goals and 10 points for the Raiders and has recorded 13 points in 25 games this fall for Team Wisconsin’s U18 squad. Jamieson is a native of Hudson, Wis.

Josh Eernisse has pledged to return home for the 2022-2023 season, committing to the Tommies early in his second full season of junior hockey. A product of Eastview High School, Eernisse was named to the Star-Tribune’s All-Metro Third Team for the 2019-2020 season. He recorded eight points last season for Tri-City.

In addition to Eernisse, the Tommies added forward commits in Ryan O’Neill and Lucas Wahlin. O’Neill is a former St. Thomas Academy standout and will return to the home rink of his alma mater after he wraps up his third season of juniors with the NAHL’s St. Cloud Norsemen. In 114 career junior games, O’Neill has 35 goals and 83 points.

Wahlin has climbed the junior ladder since his graduation from Hill-Murray in 2019, first racking up 59 points in 38 games for the North Iowa Bulls of the NA3HL, then registering 36 points in 53 games last season for the NAHL’s Kenai River Brown Bears. In the USHL, Wahlin has seven points in 11 games for Lincoln, currently tied for fourth on the team in scoring.

Ethan Elias rounds out the quintet of Tommie commits from October. Listed at 5-foot-8, 161 pounds, Elias may be considered too small for some big-time college programs, but the ultra-competitive scrapper (sorry for the cliches) has shown no qualms about physical play at any level.

Elias steadily improved in each of his three seasons with the Maple Grove varsity and has four assists in 10 games with the USHL’s Omaha Lancers this season. 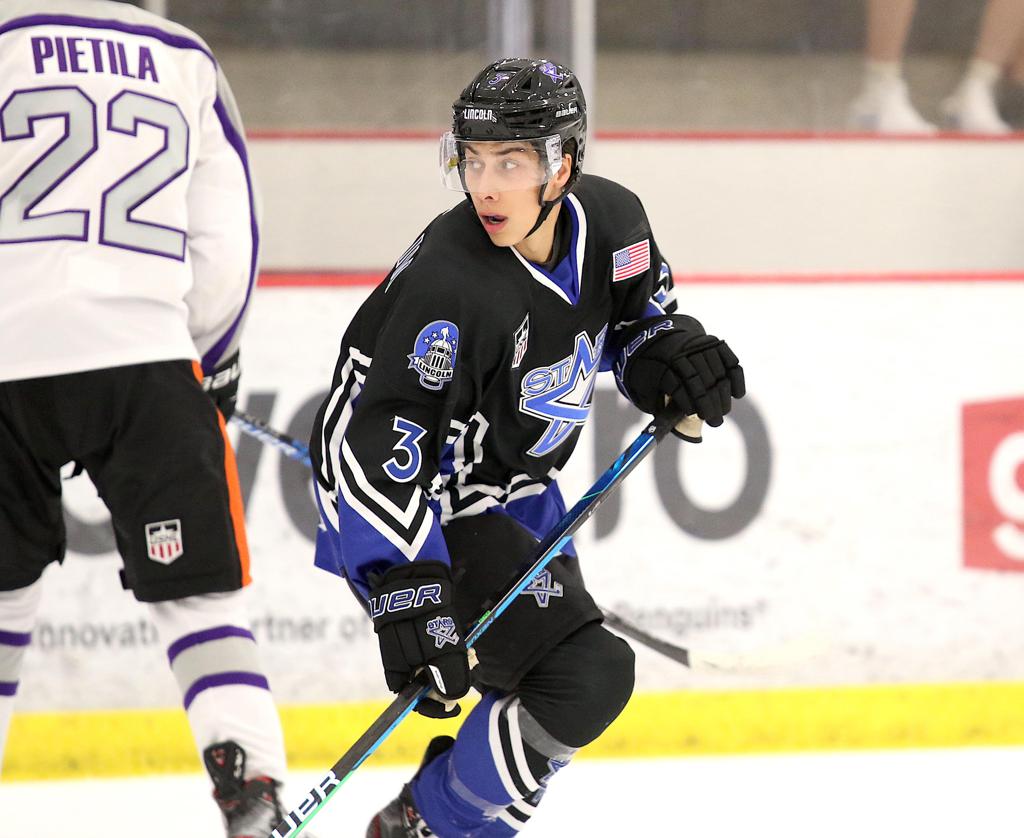 Lucas Wahlin has totaled four goals and seven points in 11 games for Lincoln of the USHL this season.

The University of Maine hasn’t had a Minnesota native on the roster since the 2018-2019 season, but picked up a pair of verbal commitments in the last month from Minnesotans.

Brady Arneson is a Red Wing native, but has spent his recent years with the Sioux Falls Power Tier I program. He is now in his second season with the Power’s 16U team.

Killian Kiecker-Olson is the other Minnesotan to pledge to the Black Bears and is slated to join the team for the 2022-2023 season. If that happens, Kiecker-Olson would be the first Minnesotan to suit up for Maine since the 2018-2019 campaign, when Sam Becker, Keith Muehlbauer, and Canon Pieper graced the roster in Orono.

Kiecker-Olson, a native of Andover, played his early teenage years with the Colorado Thunderbirds program, then played two seasons in the NAHL with the Chippewa Steel. He’s now in his second season with the Des Moines Buccaneers and has seven points in eight games. 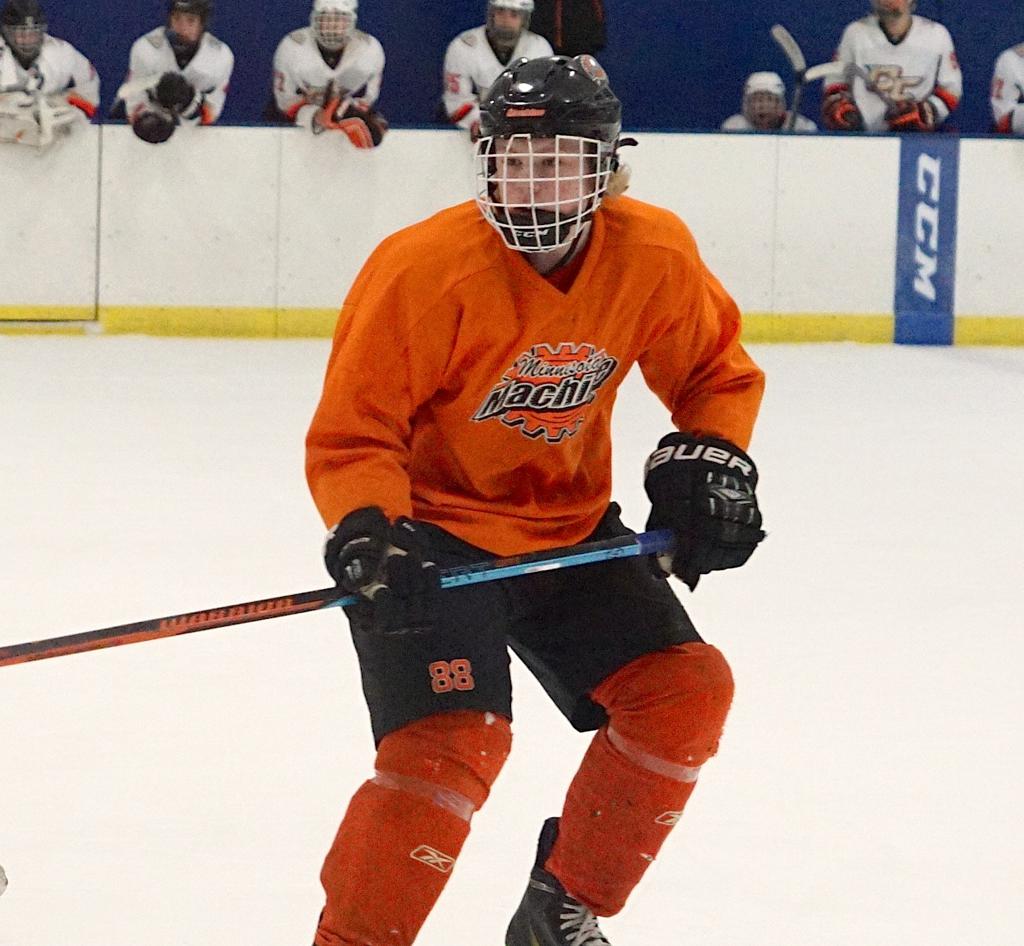 Rounding out the month

Newly committed to Vermont, Alex Bump has recorded 32 points in each of the last two seasons for the Prior Lake varsity, recording 13 goals and 19 assists last season as the Lakers fell in the Class AA, Section 2 semifinals against Minnetonka.

So far in the USHL, Bump has two goals and five points in 10 games for the Omaha Lancers. He also has 14 penalty minutes. Vermont currently has two Minnesotans on the roster in Minnesota transfer Robbie Stucker and first-year forward Luke Mountain.

Another in a long, long line of Chicago Steel products to move on to the Division I level, Roseau native Thor Byfuglien has pledged to St. Cloud State for the 2023-2024 season.

Entering his senior season, Byfuglien is a two-year veteran of the Roseau blue line, totaling 19 assists and 28 points last season for the Rams.

Byfuglien, a second cousin of former NHL All-Star Dustin Byfuglien, spent the previous two fall seasons in the Upper Midwest High School Elite League before opting for the USHL with the Steel this season year.

At 5-foot-9, Byfuglien isn’t an anomaly for the Huskies. On the 2021-2022 roster, St. Cloud State features three defensemen that stand below 6-feet tall.

Former Vermont commit Cal Thomas has changed his verbal to the University of Minnesota. A sixth-round pick of the Arizona Coyotes this summer, the Maple Grove native and former Crimson blue liner Thomas has three points in nine games with Sioux Falls of the USHL. 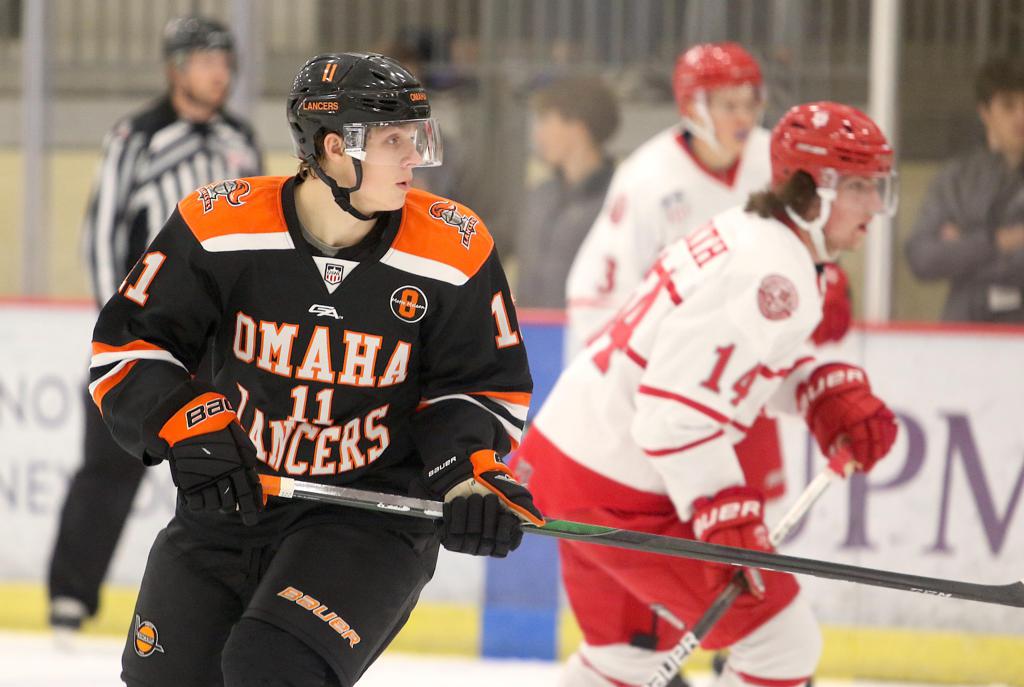 Alex Bump has two goals and five points in 10 games with Omaha of the USHL this fall.