"I just have to be Leo Gruba"

The unorthodox defenseman, a product of the storied Hill-Murray program, looks ahead to this year's NHL Draft with confidence - and without denying who he is as a player. 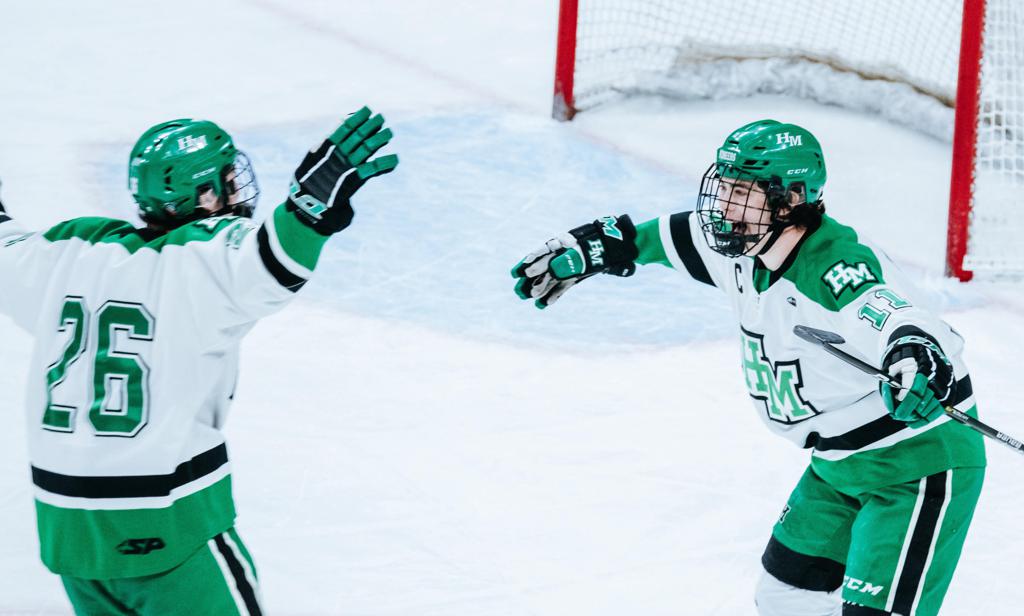 Who is Leo Gruba?

To high school hockey fans in Minnesota, he's a dynamic defenseman. He's a genuine thrill with the puck on his stick and a maestro at finding an open teammate.

To NHL scouts, the answer might be a little more complicated, but if one thing is sure, Gruba is up for the challenge.

"What I really like about my game is I think that I bring a lot of different things, whether it be like physicality or skating, shooting," Gruba said over the phone in late June.

"There's obviously a ton of great defensemen in the draft, but I do really like my versatility versus just about anyone else," Gruba continued. "I have a lot of confidence in my game."

In his youth days, the Lake Elmo, Minnesota, native skated for the Johnson/Como/North St. Paul Polar Devil co-op that pressed together three once-populous programs into one talented conglomerate. Even then, Gruba's ability to navigate the ice with the puck on a string was evident, but he was far more of an offensive catalyst than a defensive stalwart.

It took four years in the Hill-Murray program to round out his game, leaning on the guidance of two veteran coaches, Pat Schafhauser and Bill Lechner.

Gruba says that while the head coach Lechner and longtime assistant Schafhauser were flexible in letting Gruba and his defensive comrades be creative, the focus on Hill-Murray's own end was never in doubt.

"Staying back and learning how to play two sides of the rink is what wins," Gruba explained. "And that's how you win games, really. As much as it took a little bit of maturing to see that, I think by the time I was a senior, I could figure that out." 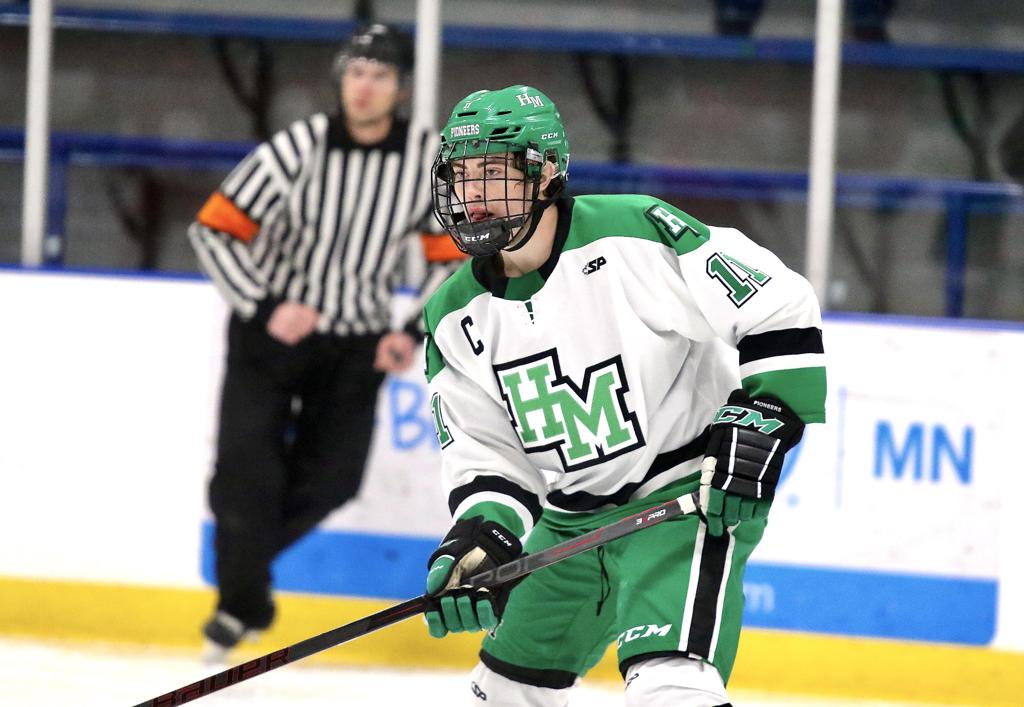 Gruba recorded 12 goals and 33 points for the Hill-Murray Pioneers during the 2021-2022 season. His 33 points ranked third on the team.

Thanks in part to what he learned in the Hill-Murray program, Gruba has blossomed into the No. 125 North American skater by NHL's Central Scouting ahead of July's NHL Draft, but it took until his senior season for the pieces to all come together.

Stuck behind talented defenders like Wisconsin commit Joe Palodichuk and the gutsy Matthew Fleischhacker, Gruba registered a modest four goals and 15 points as a junior paired with Axel Begley.

Fortunately for Gruba, the 2021 fall season of the Upper Midwest High School Elite League gave him a chance to show what he could do with more ice time, plus more opportunities on special teams.

"(The) Elite League's great because it's just kind of an even playing field for everyone," Gruba said, noting that the league does not have set hierarchies, given the teams are only together for a few weeks. "So I kind of came into that saying, "Hey, I'm just going to grab this and run with it," Gruba continued. "It was definitely a great thing for me."

After his fall season that included being the UMHSEL's leading scorer among defensemen with 26 points, Gruba notched 12 goals and 33 points for Hill-Murray. As a team captain, Gruba helped the Pioneers a third-place finish at the 2022 MSHSL Class AA State Tournament.

"The cool thing about Hill is that my dad went to Hill, my mom went to Hill, I grew up watching Hill-Murray games," Gruba said. "I had the jerseys of guys like (Zach) LaValle and (Brock) Bremer that we'd get at the auctions. It's really cool to wear the 'C' at Hill. It's almost like something that's always been a dream or a bucket list thing for me."

Next on the bucket list was committing to a Division I program, which Gruba did after verbally pledging to St. Cloud State on June 1 after concluding the 2021-2022 season with the NAHL's St. Cloud Norsemen.

Gruba's time with the Norsemen proved cathartic, as he learned to embrace his own playing style instead of masquerading as a different type of player.

"I think I might have had a little bit of an identity crisis my first couple weeks (with the Norsemen) because I was trying to be a player that I wasn't," Gruba admitted. "It took me figuring out that you have to be your own unique player because that's what's got me here." 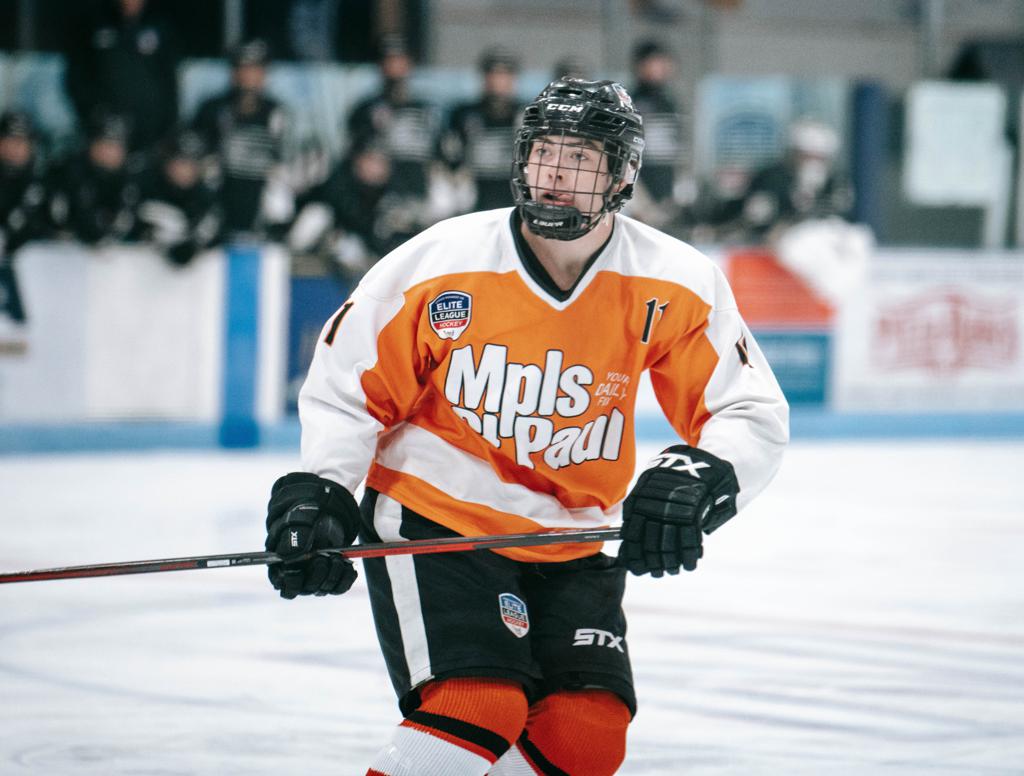 The Upper Midwest High School Elite League proved to be a jumping off point for Gruba, as he led all defensemen in scoring with 26 points during the league's regular season.