While the Wayzata native's numbers won't blow scouts away, he's confident in his ability to carve out a role, just as he's always done.

True, he cannot fly. Or leap tall buildings in a single bound. Or read minds.

But the Wayzata, Minn. native has one thing that so few teenagers have, let alone elite teenage athletes.

Take a look at O'Connell's statistics from the past season, where he recorded eight goals and 27 points for the USHL's Waterloo Blackhawks. The year before, he notched nine goals and 26 points as a junior forward for Wayzata High School.

He knows those totals don't make NHL scouts rush back to their hotel rooms and breathlessly tell their General Managers to make room for their franchise's next great scoring threat, although his former coach at Wayzata High School, Pat O'Leary, believes O'Connell has the attributes to play in the sport's highest league.

"Gavin is a very talented player with high-end hockey IQ and all the raw tools to play at the highest level," O'Leary said via text message.

Ranked as the No. 178 skater in North America by the NHL's Central Scouting, O'Connell plans on doing what he does best, whether he's drafted or not - carve out a role, and fill it the best he can.

"I think learning to adapt to play in any situation and knowing what you're best at is super important," O'Connell said earlier this week. "A lot of times, you're going to have to start somewhere you don't want to. But just getting to that position and being like, all right, I've been here before, I know what it takes." 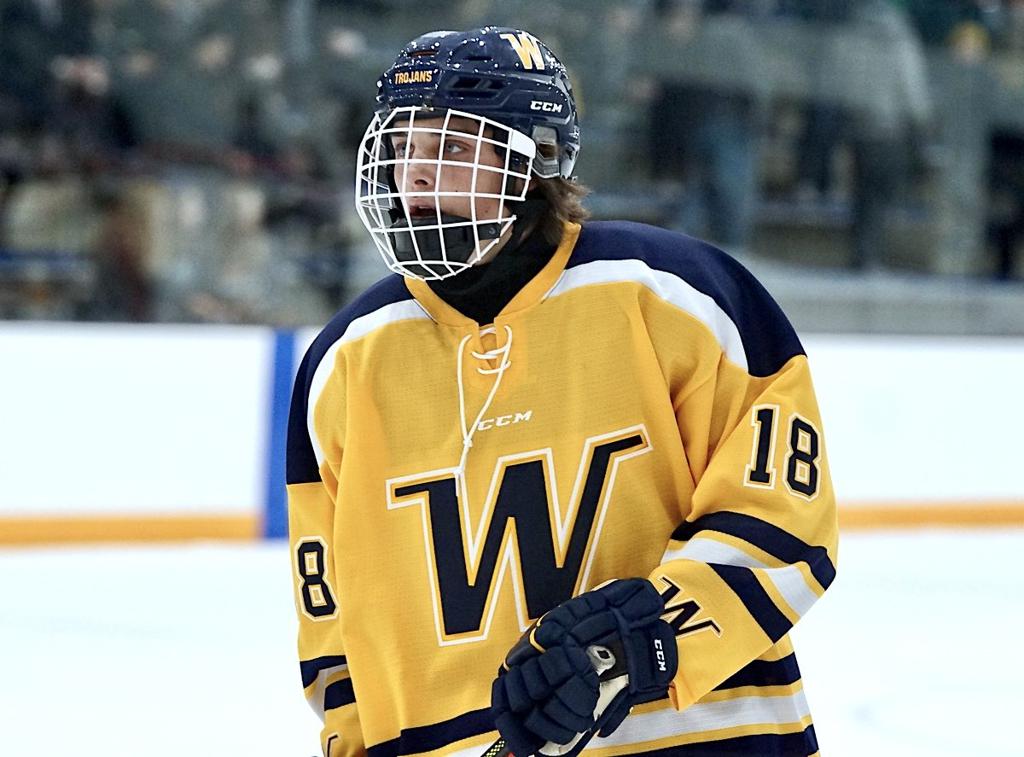 After two seasons with the Wayzata varsity, O'Connell opted to jump to the USHL. He was selected by Waterloo in the 2020 Phase I Draft.

For O'Connell, that means playing bigger than his 6-foot, 183-pound frame. It means scrapping for loose pucks and getting comfortable along the boards.

It also means not backing down from physical challenges, incidental or premeditated.

O'Connell's first introduction to the level of physical play in the USHL came in his second game with the Blackhawks against the Youngstown Phantoms during last year's USHL Fall Classic in Pittsburgh.

"I remember it was my first shift, I caught a pass on the wall as a winger, and I remember I took two strides and didn't pick my head up in time and just got absolutely killed," O'Connell said. "I was seeing stars. I remember being on the power play, skating around, and I had no idea where I was," O'Connell continued, able to chuckle about the experience now. "I was like, oh my gosh. This could be a long season. But it ended up working out."

O'Connell finished the season tied for fourth among Waterloo skaters in scoring as the Blackhawks bowed out of the Clark Cup playoffs, falling to eventual champion Sioux City in the third game of a best-of-three series.

O'Connell will spend at least one more season with Waterloo before moving on to Minnesota Duluth, which has his verbal commitment. Seven former Blackhawks have been a part of NCAA championship teams in Duluth. However, O'Connell says that in addition to the lineage, the Bulldogs' ability to develop players played a key role in his recruitment.

"Throughout my decision making, I wanted to go to a school that would not only help me get to the next level, but also a winning program. They're so good at what they do and just the way they play. It's obviously brought them a ton of success."

O'Connell's final comments on choosing the Bulldogs make you forget about his scoring totals, his size, or whatever holes people may be tempted to point out in his game. It's a sentiment that he's carried with him at every level.

"Next year is my goal to go to the Clark Cup and win that," O'Connell said. "UMD was where I thought that I'd have a great chance of going to the national title game and winning that. For me personally, all I want to do is win."