The final Ahcan brother joins a Division I program, plus a former Edina defender and Stillwater stalwart make their SCSU roster debuts.

Our first St. Cloud State Huskie incomer is Mason Reiners, a reliable defensive-defenseman who hails from Edina. Reiners was a member of the Hornets' defensive group for three seasons from 2016-17 to 2018-19, suiting up in 89 total games. During that time, Reiners recorded 23 total points (3G, 20A) and, unsurprisingly for the Hornets, reached the state tournament twice, winning the third-place trophy as a junior before finishing his high school career with a state tournament championship.

Reiners' next step in his hockey journey was to Waterloo, Iowa, where he joined the Black Hawks of the USHL, skating in a handful of games post the high school season before joining the roster full-time for the 2019-20 season. Sticking with the Black Hawks for three full seasons, Reiners logged a ton of minutes on the blueline, playing in 150 career USHL games and earning the team's captaincy this past season due to his vast playing experience and leadership qualities. While defensive play is the key focus of his game, Reiners was still able to record 42 points (7G, 35A) over his USHL career. 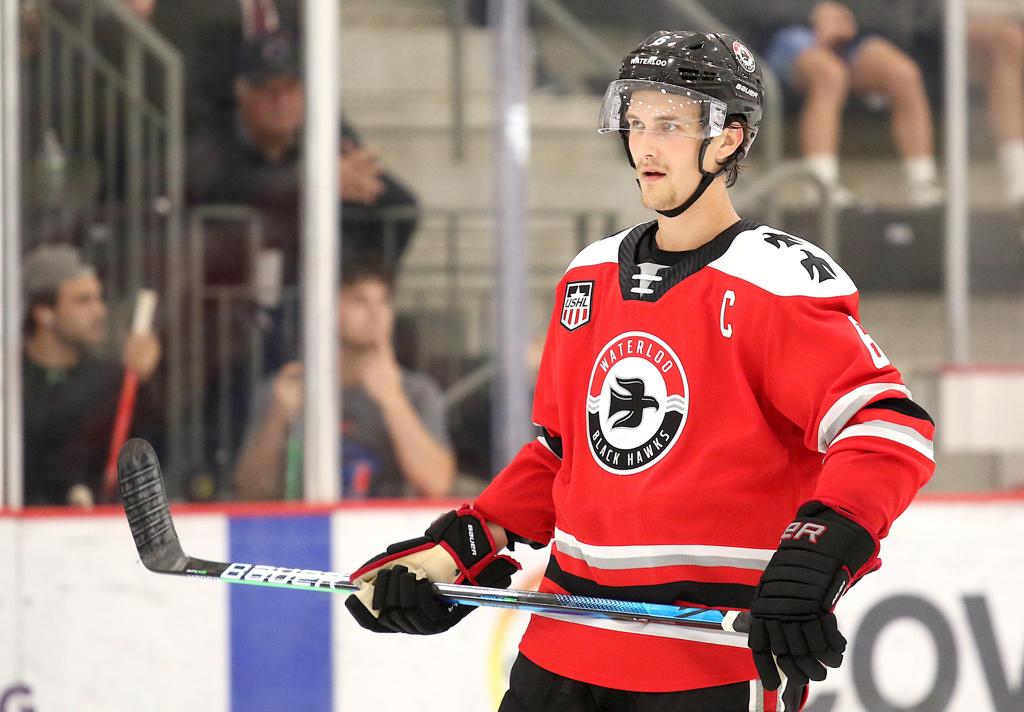 Mason Reiners skated in 89 career games for the Edina varsity before heading to Waterloo for his junior hockey experience.

A native of Savage, forward Grant Ahcan will join the Huskies after two seasons of junior hockey, first with the Bismarck Bobcats of the NAHL and most recently with the Cedar Rapids RoughRiders of the USHL.

Last season with the RoughRiders, Ahcan dressed in 63 total games, finishing ninth on the team in points with 25 (12G, 13A). The youngest of three boys, Ahcan followed in the footsteps of his older brothers, Jack and Roman, in spending time with the RoughRiders organization. In the 2020-21 NAHL season with the Bobcats, Ahcan played in 50 games, recording 17 total points (9G, 8A) and 49 penalty minutes.

Like Jack and Roman, Ahcan attended Burnsville High School and played three years of varsity hockey for the Blaze. In his time with the Blaze, Ahcan had a quieter sophomore season before recording a point-per-game average of 1.38 his junior and senior seasons, tallying 65 points (25G, 40A) in 47 total games.

Ahcan came the closest to reaching the state tournament as a senior and team captain, with the Blaze losing 2-0 to St. Thomas Academy in the Section 3AA championship game. Now officially on the St. Cloud State roster, Ahcan will complete the Burnsville-Cedar Rapids-St. Cloud State hockey pathway trifecta of older brother, Jack, who played four seasons for the Huskies between 2016-2020.

Our final incoming St. Cloud State freshman is a left-shot defenseman, Cooper Wylie, who verbally committed to the Huskies during his senior year at Stillwater High School. A three-year varsity player for the Ponies, Wylie skated in 76 total games, recording a 0.84 point-per-game average in that span with 21 goals and 43 assists.

After his high school career ended, Wylie was drafted with pick No. 75 in the fifth round of the 2020 USHL Entry Draft by the Waterloo Black Hawks. Joining the Black Hawks that same year, Wylie dressed in 52 games, tallying 18 points (2G, 16A) as a USHL rookie, before going on to record 29 points (6G, 23A) in his second season (2021-22) with the team. That points tally placed Wylie as the highest scoring defenseman and fourth highest amongst all skaters on the team.

As briefly noted above, Wylie will join the Huskies alongside recent Waterloo teammate Mason Reiners, with the two able to build chemistry through their time spent playing as defensive partners. Like Reiners, Wylie will look to utilize his size and responsible defensive-zone play, combined with his fluid skating and puck skills, to become a solid two-way defenseman for the Huskies. 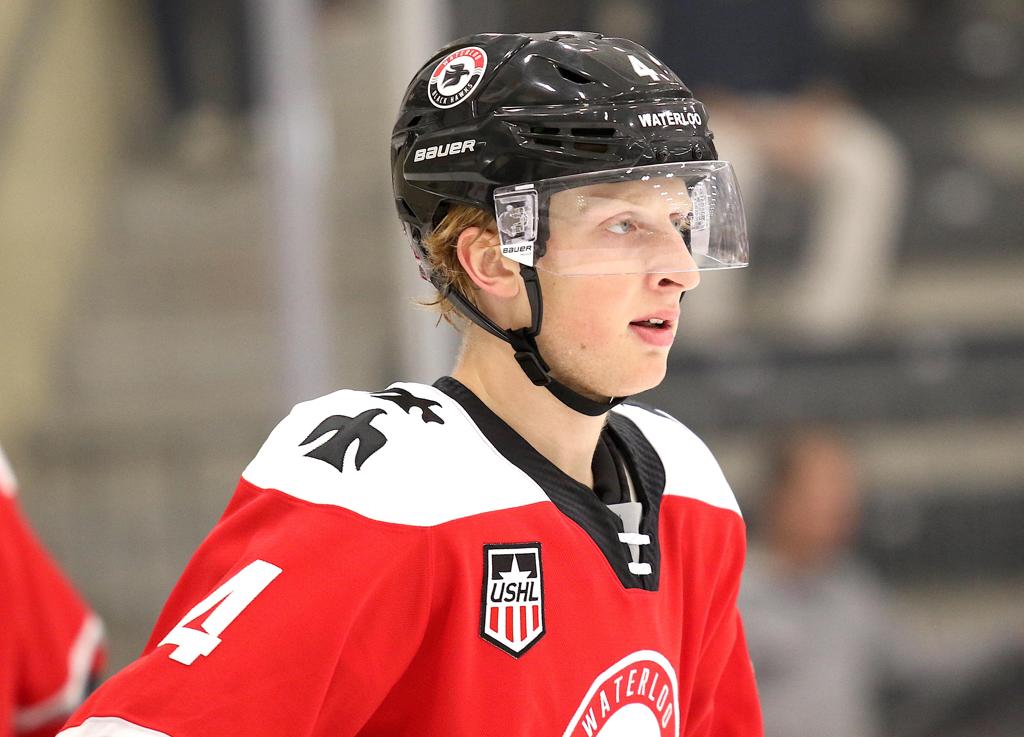