Game one of this series was the closer of the two, as the Bulldogs were up 1-0 heading into the third period. This close score continued until Katie Davis, the former Edina Hornet, broke the game open late in the third period. Davis scored with 8:30 left in the third period, with two Bulldog goals to follow. The Bulldogs controlled every aspect of this game and had 55 shots on goal compared to the Crimson's 14. Centennial's Anneke Linser led the way with two goals on the night.

Game two of this series featured the Bulldogs putting a crooked number on the board, continuing their dominance from the night before. Gabbie Hughes, a Centennial High School product, had a productive game with one goal and three assists for a game-high four points. The Bulldogs' defense was lockdown in two games, allowing less than 30 shots on goal on the weekend.

Next up for the Bulldogs is Ohio State at home on December 2nd and 3rd. The Bulldogs go into their break on a 4-game winning streak. Can they continue this level of play after the break and as we move into the latter half of the season 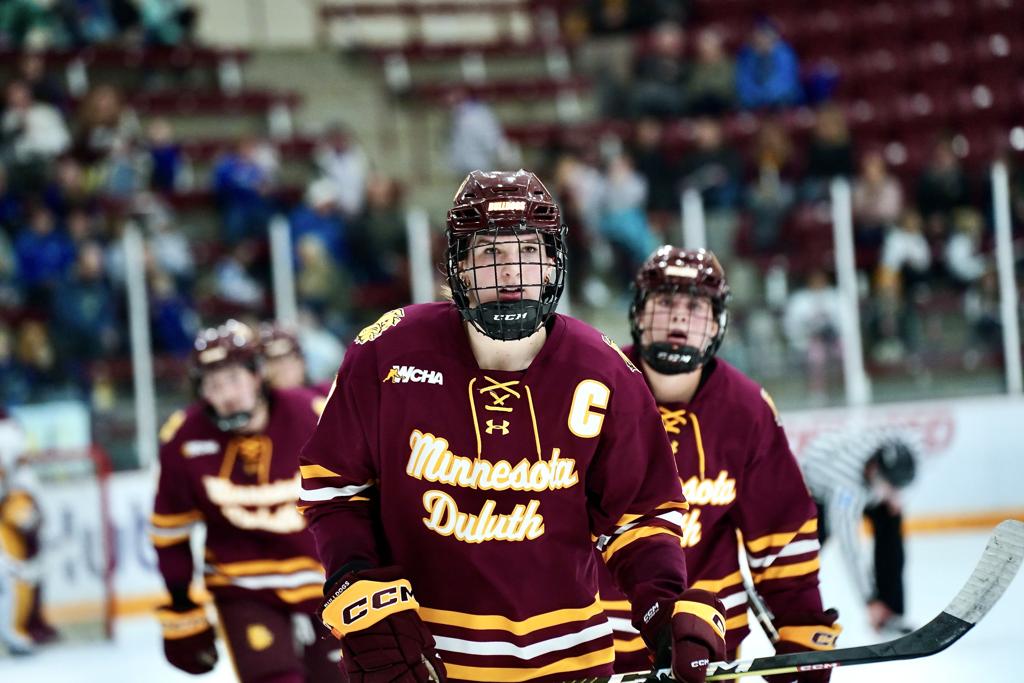 A bumpy season continued this past weekend for Bemidji State. The Beavers went up against one of the nation's best and dropped two games.

A holiday tournament at Quinnipiac is next for the Beavers this coming weekend. Their first game of the tourney is against Quinnipiac on Friday. 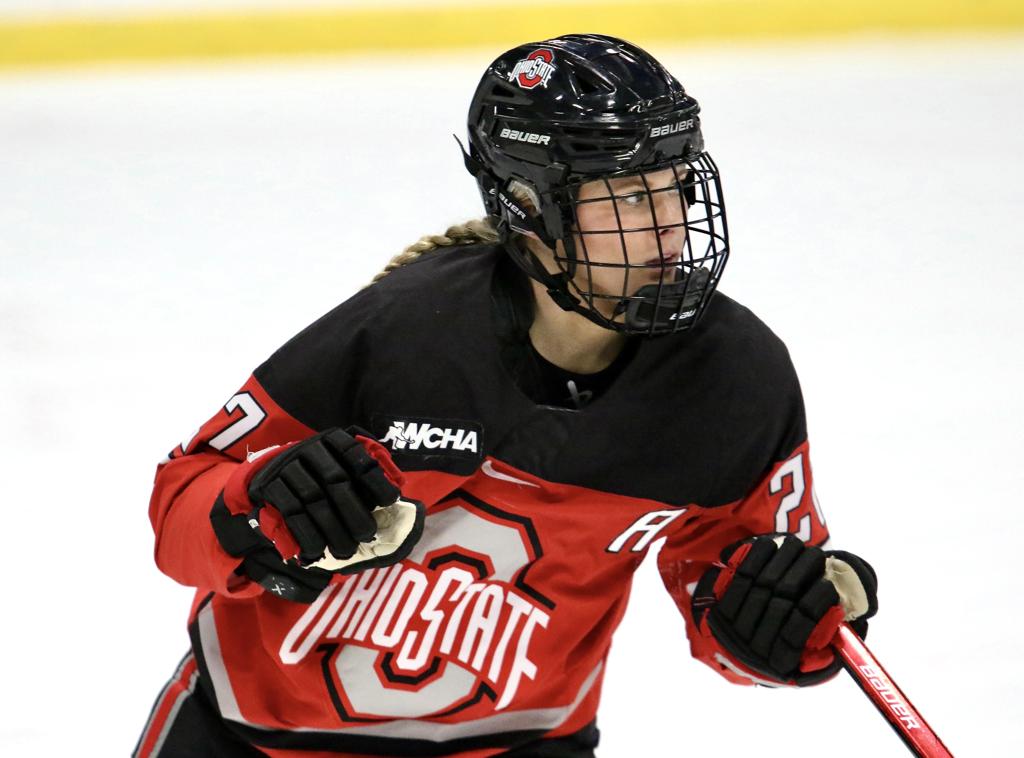 This WCHA series between two Minnesota schools was a rather important one. Minnesota State's goal should be to be .500 for the season, and they did just that with a sweep. For St. Thomas, the expectations are low in year 2, but they kept this series close. There are sure signs of a rebuild slowly moving along, and as they get more talented recruits, they will have better results.

Game one in this series on Saturday started early with a Taylor Otremba goal. Otremba played at Lakeville South in high school and is having a productive freshman season for the Mavericks. Jamie Nelson of Andover continued the strong start in game one for the Mavericks, scoring late in the second period. Moorhead native and Shattuck-St. Mary's graduate Shelbi Guttormson netted the dagger just 52 seconds into the third period. Maija Almich of Centennial scores the lone goal for the Tommies to break the shutout.

Game two of this series was very close and was deadlocked until the middle of the second. Taylor Otremba made a significant impact in this series, breaking the tie with 9:28 to go in the third period. The Mavericks scored a couple of minutes after their first goal, as Claire Butorac (Andover) seals the game. This game could have gone either way, but Otremba's go-ahead goal played an obvious role in the victory for the Mavericks.

St. Thomas will take the next week off before hosting St. Cloud State on December 2nd and 3rd.

Minnesota State will take the next week off before hosting the University of Minnesota on December 2nd and 3rd. 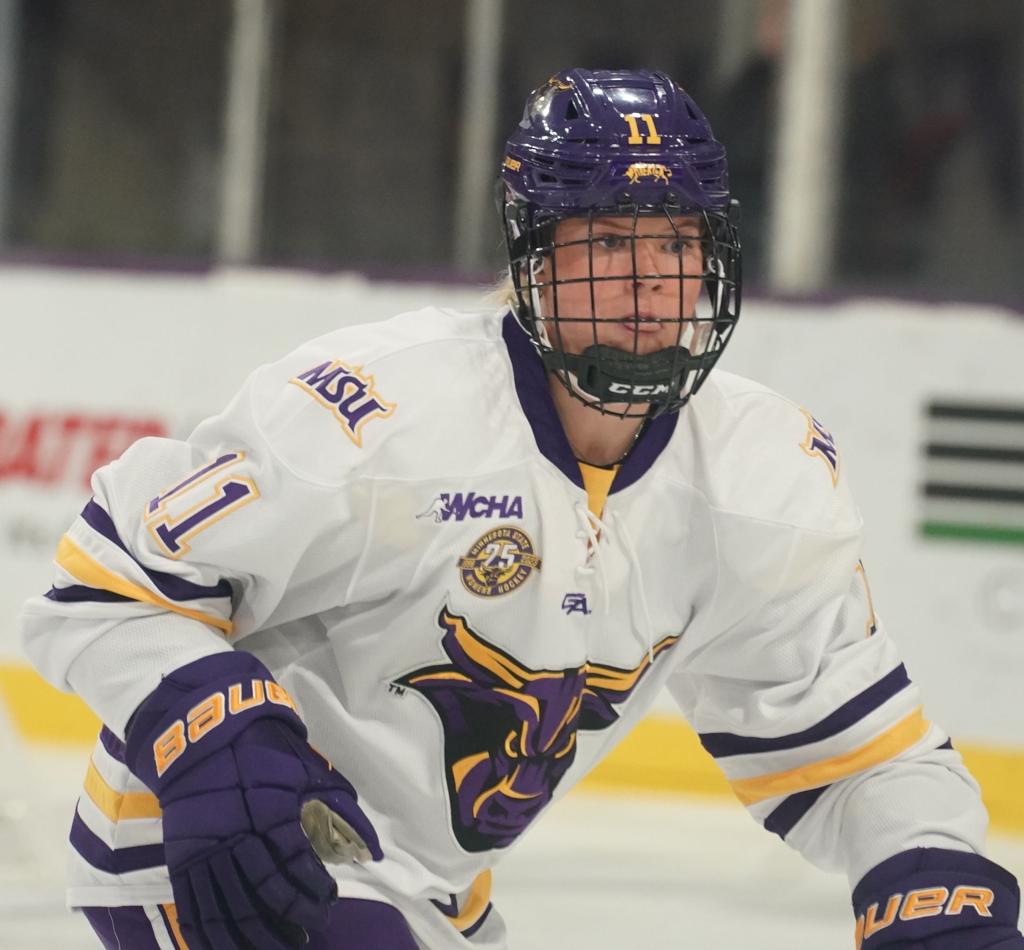 Shelbi Guttormson notched a goal in game one of Minnesota State's sweep of St. Thomas over the weekend.

The border battle between two of the top programs in women's college hockey did not disappoint. The No. 1 Gophers will likely drop a bit in the rankings as they go 0-1-1 on the weekend. The one bright spot is that they won a shootout on Friday and earned an extra point.

Game one of this series on Saturday was a back-and-forth battle that technically ended in a tie after going through two overtimes. The Badgers take an early 1-0 lead as Vivian Jungels from Edina started the scoring for the Badgers. The Gophers then got one back shorthanded from sophomore Peyton Hemp, who hails from Andover.

The third period had little to no action until Wisconsin scores the game-tying goal with 10 seconds left. Minnesota could not hold off the feisty Badgers and ended up losing a point in extra frames.

Game two of this series started off close, with the score being 1-1 after the first period. The Badgers pulled away in the last two periods and won the game 4-1. Red Wing's Taylor Heise scored the Gophers' lone goal.

Next for the Gophers is the Henderson Collegiate Hockey Showcase, where they open up against No. 11 Penn State. They would then play the winner of Boston University and Yale. The Gophers look to get back on track this Thanksgiving weekend. 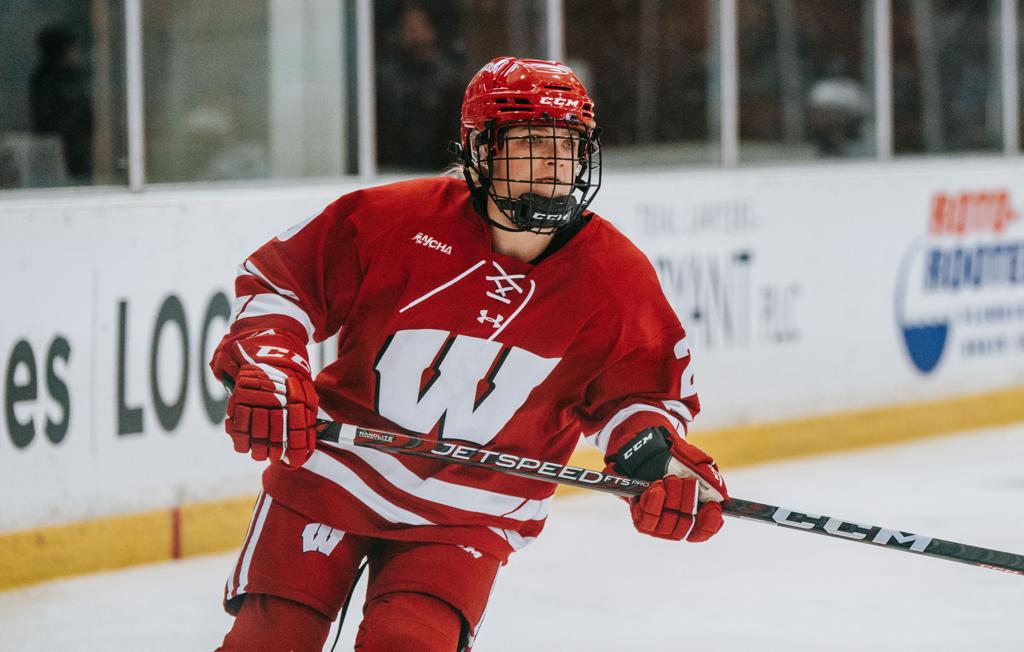 Vivian Jungels tallied an early goal for Wisconsin in Friday's game against Minnesota.

The Huskies had the past weekend off but are on the road this weekend at Lindenwood. The Huskies are currently on a two-game losing skid and should be able to break that this weekend.

Lindenwood is a newer Division I program, so the Huskies could have the right matchup to get back on track.