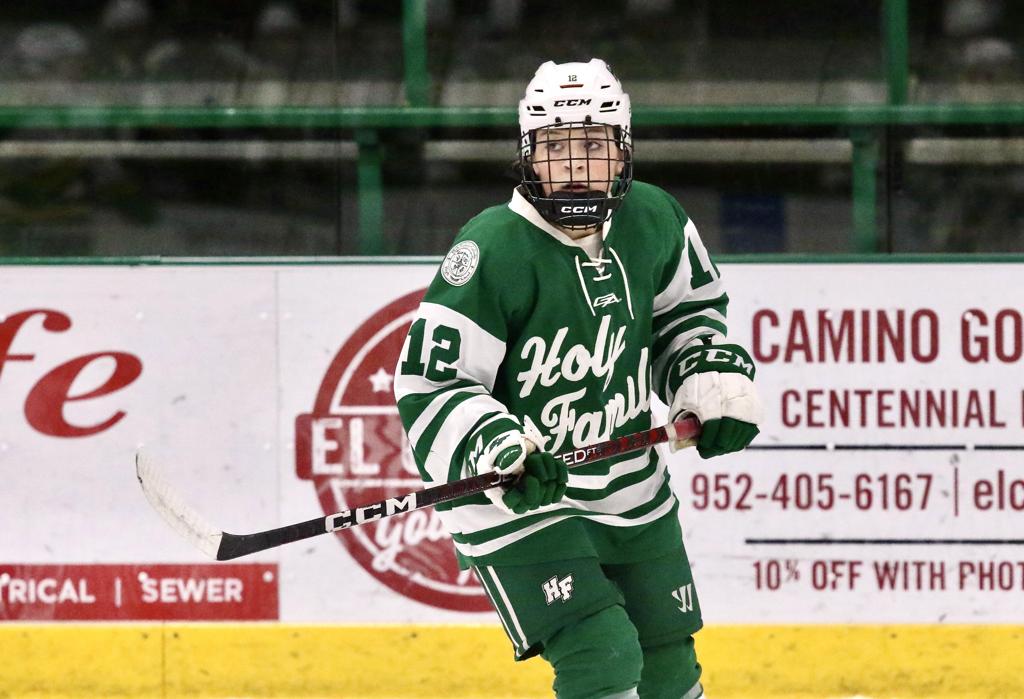 Holy Family freshman Haley Box has proven herself as a bonafide contributor this season with 13 goals and 21 points.

Like the average American, the Skippers are preparing for the upcoming harsh times without several of their best assets.

An impressive five Minnetonka players are slated to play for Team USA in this year's IIHF Under-18 Women's World Championships in Ostersund, Sweden. The annual tournament, which was hosted by the University of Wisconsin last June in Madison to make up for the canceled 2022 iteration, runs from Jan. 8-15, and the squad has already departed for the country that gave the world Bjorn Borg, Borje Salming, and a navy that celebrated its 500th birthday in 2022.

But before Layla Hemp, Kendra Distad, Elly Klepinger, Lindzi Avar, and Ava Lindsay boarded the plane, they handed previous No. 1-2A Andover its second loss of the season in the Walser Invitational semifinals. The Skippers finished with a Walser title after beating Holy Family in the finals.

The Huskies scored twice early in the first period before Minnetonka clawed their way back into the Walter semifinals for the eventual victory.

The Huskies rebounded with a win over Edina in the holiday tourney's third-place game, salvaging a win over a top-five team after the Minnetonka loss. The Huskies also pumped top-10 team Moorhead 7-0 in the quarterfinals.

Like Minnetonka, Andover will lose a lynchpin to Team USA, with defender Cailin Mumm joining the team bound for Sweden. However, the Huskies eagerly await the return of St. Thomas commit Madison Brown, who recorded four points in five games to start the season before becoming injured. Brown tallied 61 points in 30 games last season for the Huskies.

Gentry took home top honors at the Breck Holiday Tournament, which featured some of the state's top teams making the world's most awkward turn into the Anderson Ice Arena's parking lot off Olson Memorial Highway.

Wins over Rogers, Centennial/Spring Lake Park, and Stillwater push the Stars ahead of Edina this week, and Jan. 7's date with Holy Family should provide girls' high school hockey fans with enough to chew on after a nine-day break between games for the Stars.

The loss to the Fire stung the Hornets, who, to their credit, stuck with No. 2-2A Andover until the final buzzer in the third-place game. Despite losing to the Huskies, the Hornets can be commended for holding Andover to its lowest goal total of the season.

Stillwater, Eden Prairie, and No. 1-1A Warroad are on tap for the Hornets this coming week.

It was a very happy holiday season on the east side of the metro as Hill-Murray gathered four wins in nine days, including a three-game sweep at the Eden Prairie Mid-Winter Meltdown.

The Pioneers racked up six goals in each game during their time at the Eden Prairie Community Center, proving that it's possible to score more than five times in that building, something neither the boys nor girls team at Eden Prairie has done this season.

The Pioneers take to the road for a Metro East Conference showdown with Hastings on Tuesday, then host Moorhead and Warroad in an action-packed weekend slate. Senior defender Ellah Hause will join Team USA until at least Jan. 15.

First, big-time thanks to the Fire's Casey Cronin for ending the game against Edina in the 13th round of a shootout that seemed doomed to continue for eternity.

Second, missing the Walser championship game will go down as one of my all-time Christmastime bummers.

77 shots on goal, 11 penalties, and four goals filled up the scoresheet, giving the lucky souls in the Braemar penalty box a (possible) case of carpal tunnel syndrome.

Seeing Holy Family in person for the first time was eye-opening - the team plays hard, and Haley Box has answered the bell as a freshman with 13 goals and 21 points this season. Goaltender Sedona Blair can take on all comers, and this team will be dangerous from now until the end of its season.

A 3-2 loss to top-ranked Minnetonka knocked the Crimson out of contention for the Walser crown, but Maple Grove bounced back with a 5-1 win over Moorhead and a 4-2 victory over Grand Rapids-Greenway to earn the consolation title.

Four straight road games is a heck of a time to lose your starting goaltender, as the Crimson will with Dani Strom heading to Sweden with Team USA. However, the fact that sophomore goaltender Elie Hancock will presumably get valuable reps against quality competition could prove to be a silver lining for the defending Section 5-2A champs.

The Spuds got their pie humbled in back-to-back losses against Andover and Maple Grove during the Walser Invitational and likely evaluated all facets of their game while heading back up I-94.

According to the MN Girls Hockey Hub, the Spuds converted just one of 14 power play chances during the Walser. That statistic might be inflated by an unsportsmanlike conduct penalty during the Maple Grove game, but it stands as a stark reminder that there's still work to do in Moorhead.

The Spuds will face Hill-Murray on Friday and St. Cloud on Saturday this week.

The Ponies won three out of four since the last batch of rankings, and held a 2-0 lead over No. 3-2A Gentry Academy before allowing the Stars to score four straight goals in an eventual 5-3 loss.

A 5-1 win over Blake keeps the Ponies ahead of Benilde-St. Margaret's for the time being, considering the Red Knights beat the Ponies and could be regarded as the superior team based on that head-to-head metric.

When was the last time a team made the top 10 when it averaged fewer goals for than goals against?

The Red Knights earned that distinction in part to a 6-1 loss to Hill-Murray in the semifinals of the Mid-Winer Meltdown, giving the team its third game this season in which it allowed five or more goals.

A 4-0 win over Eden Prairie earned the Red Knights third place, and they will not face a ranked Class 2A team for another seven games, giving the Red Knights ample time to add to their resume. 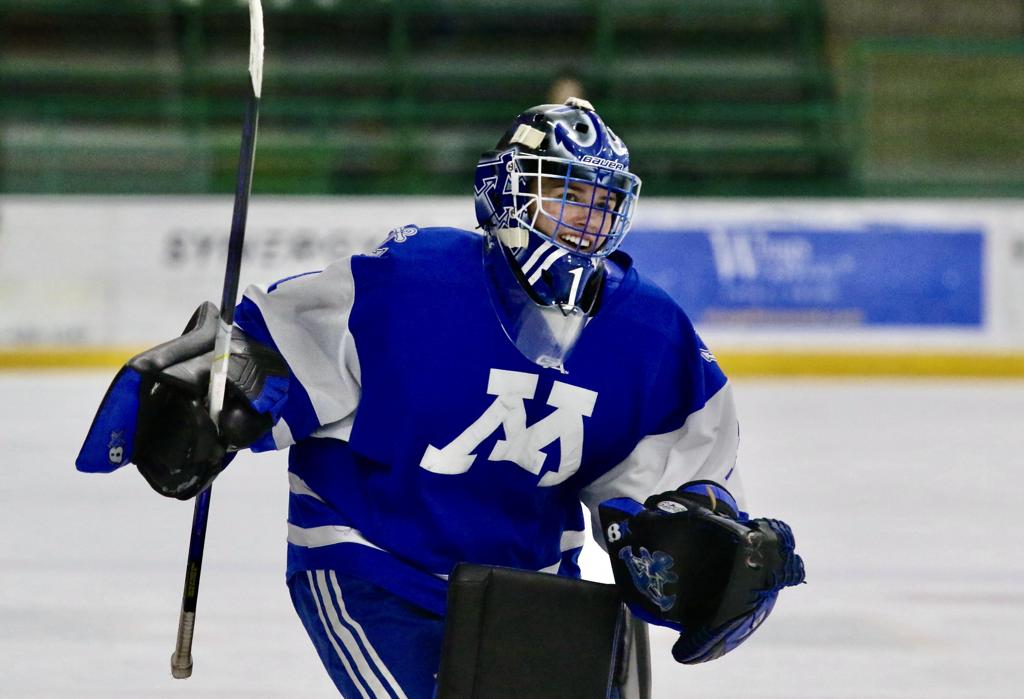 Minnetonka's Layla Hemp will be one of five Skippers missing time this season to play for Team USA in the IIHF Under-18 Women's World Championships. 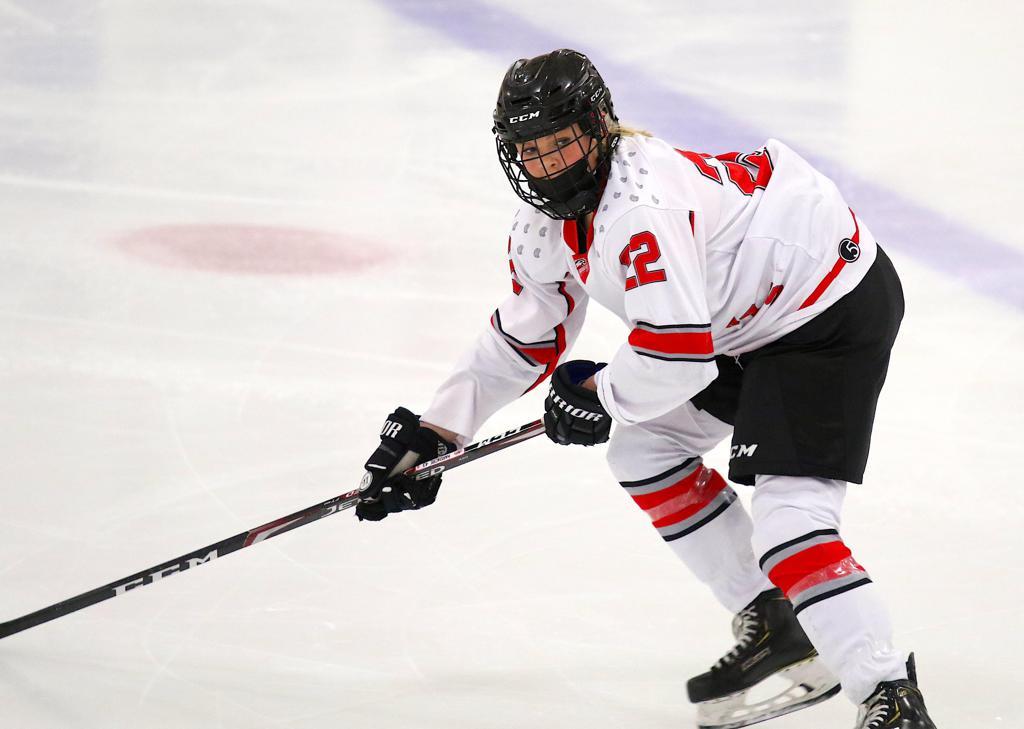 You can't fault the Warriors for trying.

Warroad welcomed several quality teams to Hockeytown for its holiday invitational tournament and proceeded to throttle all three teams they faced.

Proctor/Hermantown has won four of its last five, with the lone loss coming on enemy ice against Warroad by a score of 4-0.

Sandwiched on either end of the loss to the Warriors was a 4-1 win over Crookston and a 5-2 victory over Section 1-2A contender Lakeville North. An outdoor win over Duluth does little to change the status of the Mirage, but a win is a win.

Moose Lake is up next on Tuesday, and then the Mirage will meander its way south for a tilt against No. 2-2A Andover.

Orono losing to previous No. 7-1A Mound Westonka bodes well for the Stars, who slot in at No. 3-1A despite falling against Roseville/Mahtomedi (which apparently is 10-5 on the season) last Wednesday. Beating Champlin Park/Coon Rapids, albeit in a shootout that doesn't count toward the official record, certainly beefs up the resume for the Stars.

Three very winnable games are on deck for the Stars until they meet Benilde-St. Margaret's on Jan. 14.

Three of Mound Westonka/Southwest Christian's losses have been by a single goal, and the one exception is an 8-1 loss to Warroad, which has running-timed more Class 1A opponents than times I've had on an oil change in the last decade.

I'm afraid to type very much before the Spartans face South St. Paul on Jan. 6, but here goes.

The Spartans lost to Mound Westonka/Southwest Christian 2-1 but are also one of the few teams to give top-ranked Warroad an actual game this season, pointing to an overall talent advantage over much of Class 1A.

Still very much a believer in the Spartans' talent, but Friday's game with the Packers will be an excellent indicator of just how high the ceiling is.

Nos. 6-10 will be unveiled on this Wednesday's episode of Her Ice, available wherever you get your podcasts. 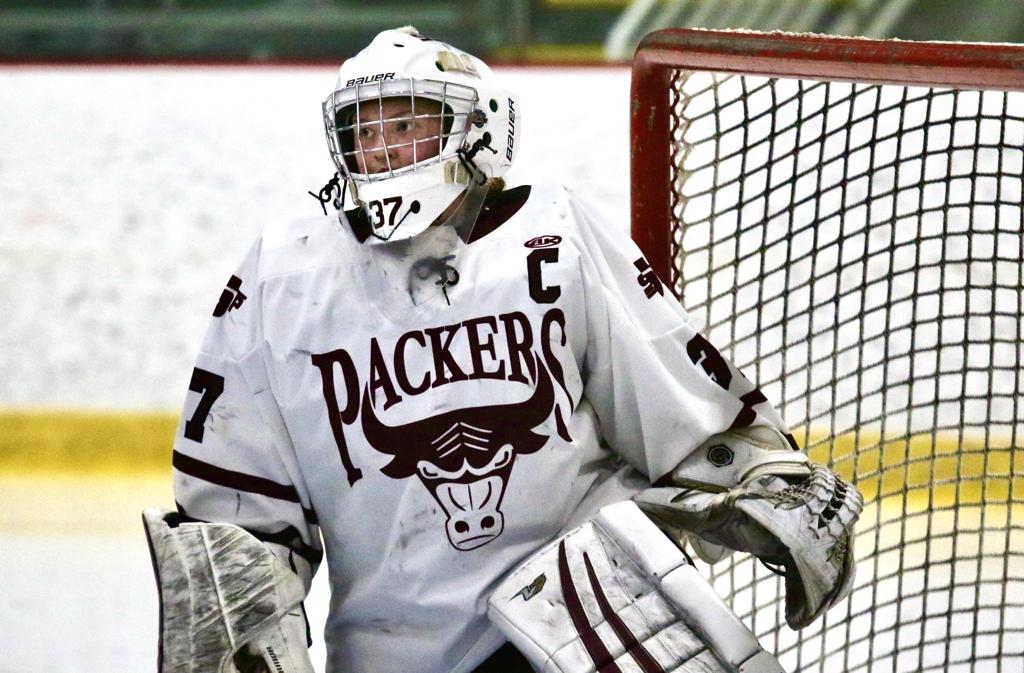 Delaney Norman and South St. Paul will look to crack the top-five in their tilt with fifth-ranked Orono this week. 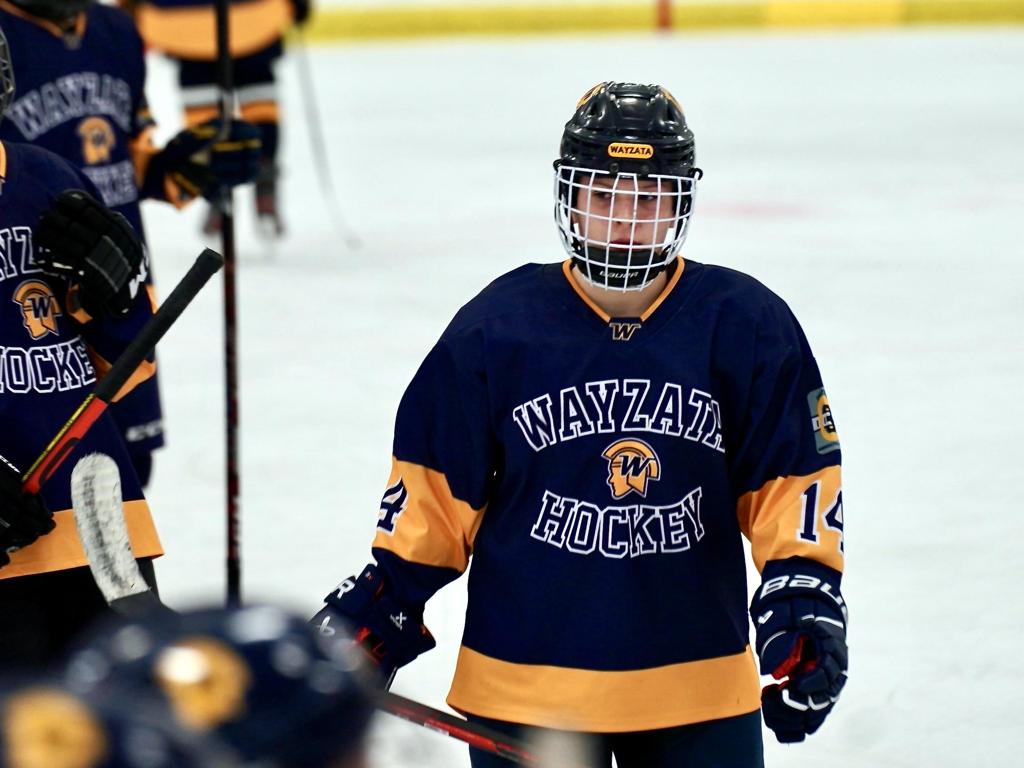 Top-ranked Wayzata remains No. 1 even after falling to the high-powered West Fargo Stampede 6-2 in the finals of the Danglefest 15A Division. West Fargo is currently 24-2-1 according to the NOW Rankings.

Wayzata's Distract 3 rival Osseo-Maple Grove follows the Trojans at No. 2, with two District 6 programs (Edina and Minnetonka Black) coming in at No. 3 and No. 4, respectively.

No. 7 Rosemount split its Danglefest slate, going 2-2 on the weekend. The Irish defeated Edina White 1-0 and Alexandria 2-0 before losing to West Fargo 3-0 and top-ranked Wazyata 6-1. 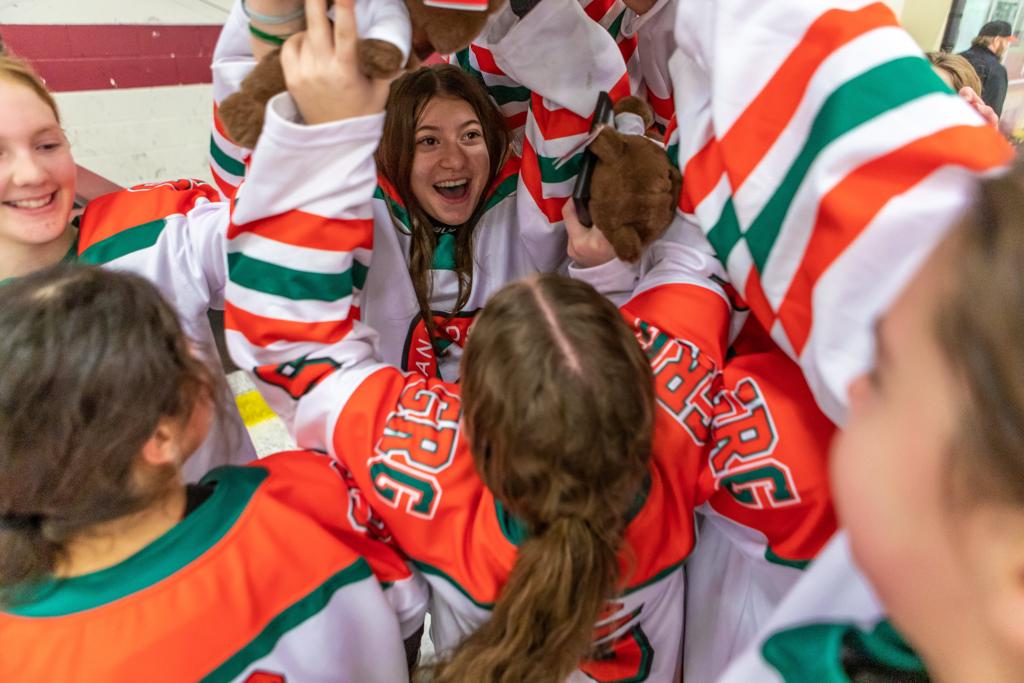 Grand Rapids-Greenway thumped Moorhead 8-0 in the Danglefest 15B championship game.

Moorhead has had a very solid week, beating No. 5 Lakeville and the Spuds are now in the top five at No. 4. The Spuds had a shot at advancing even higher, but fell to top-ranked Grand Rapids-Greenway in the 15B finals of the Danglefest tournament.

Lakeville beat previous No. 4 Stillwater, and the Icecats slot in at No. 5. North Wright County is the new team in the rankings this week at No. 10. The Riverhawks are 9-3-3 on the season. 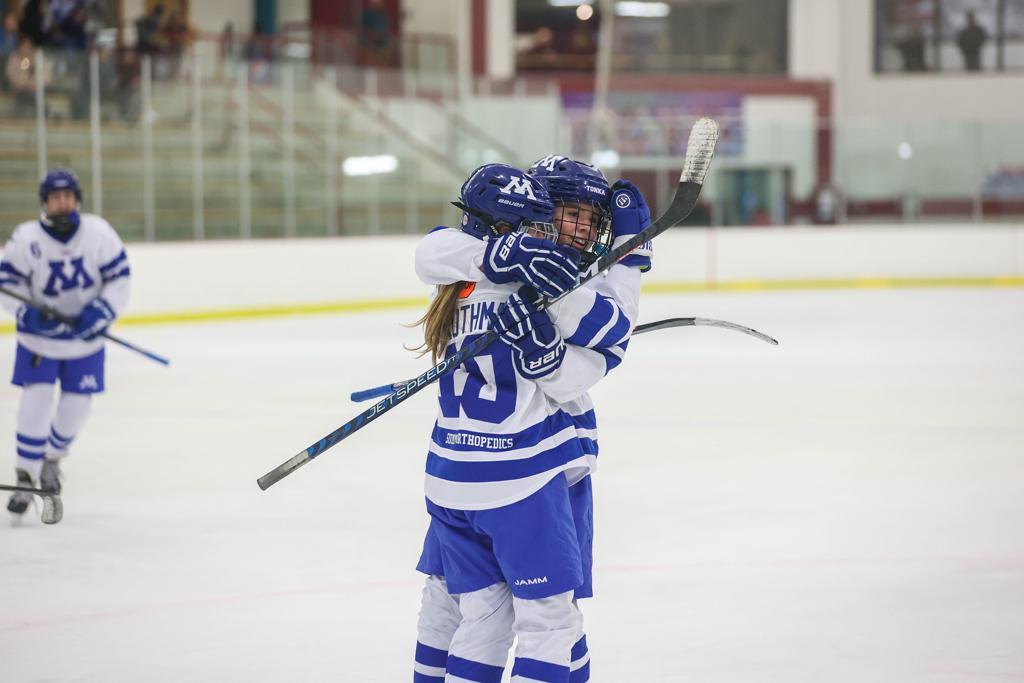 Minnetonka is slotted in at No. 2 this week.

Edina is No. 3 this week after rattling off five wins in the Danglefest, including a thrilling shootout victory over fifth-ranked Alexandria in the 12A championship game.

In addition to District 8 leader Woodbury standing pat at No. 1, two D8 teams round out the rankings, with Farmington coming in at No. 9 and the Apple Valley/Burnsville/Eastview co-op being ranked No. 10. 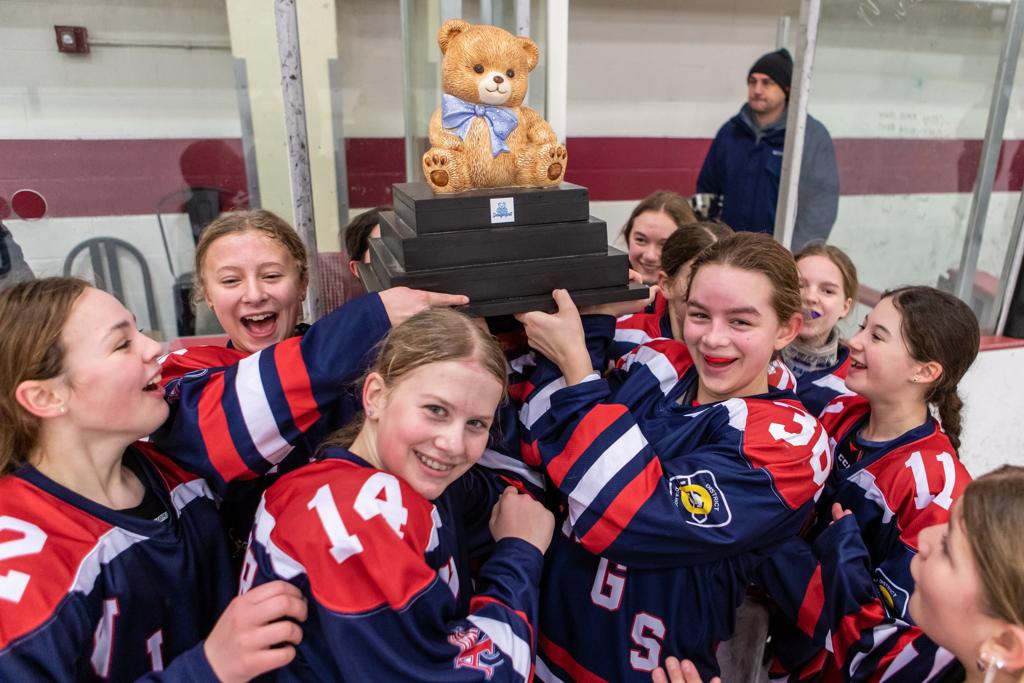 In U12B, half of the top ten didn’t play a game in the last two weeks, leading the top-ten to remain the exact same as the last batch of rankings.

There was one game to note from two teams within the top ten, and that was when No. 5 Armstrong Cooper defeated No. 8 Minnetonka 4-2 on New Year's Day. The Wings topped the Skippers in the 12B championship game of the Danglefest, scoring four unanswered goals to erase a 2-0 deficit.

More ranking changes and excitement are on the way this week. 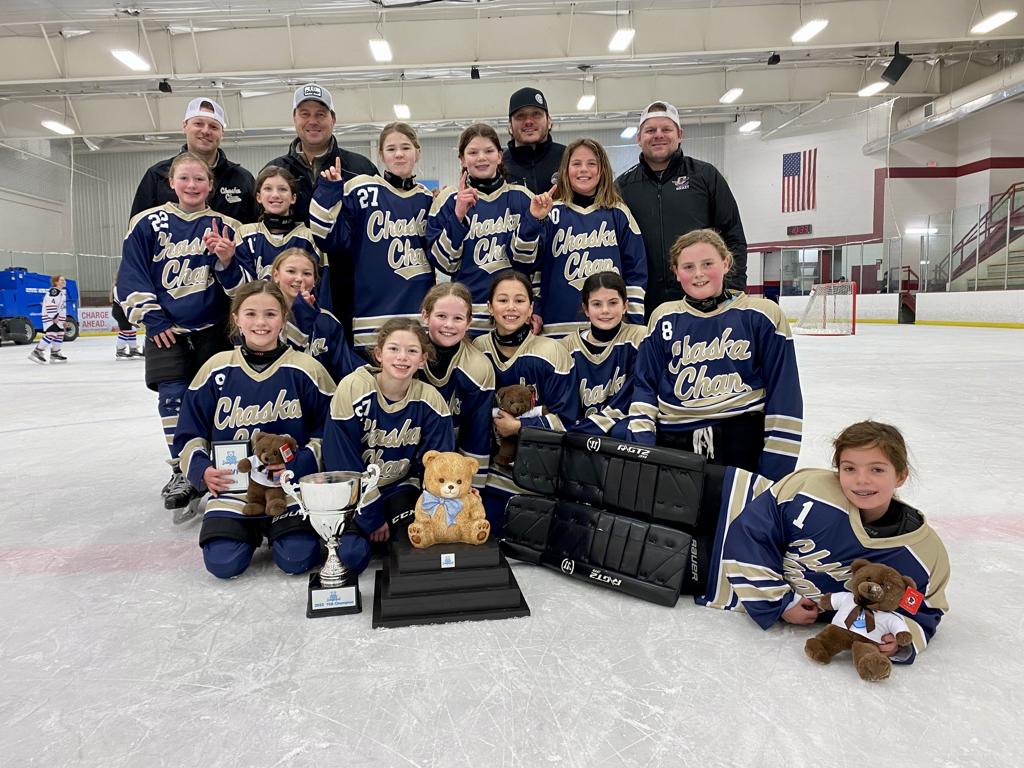 Chaska/Chanhassen earns the No. 4 ranking this week after topping Centennial/Spring Lake Park in the Danglefest finals.

Anoka-Rogers stays ranked No. 1 after four wins last week, followed by a pair of District 2 squads in Forest Lake and Roseville/Mahtomedi.

Chaska/Chanhassen enters the top-four after winning the 10A Division at last weekend's Danglefest, edging No. 5 Centennial/Spring Lake Park in overtime after coming back from being down 2-0 earlier in the contest. 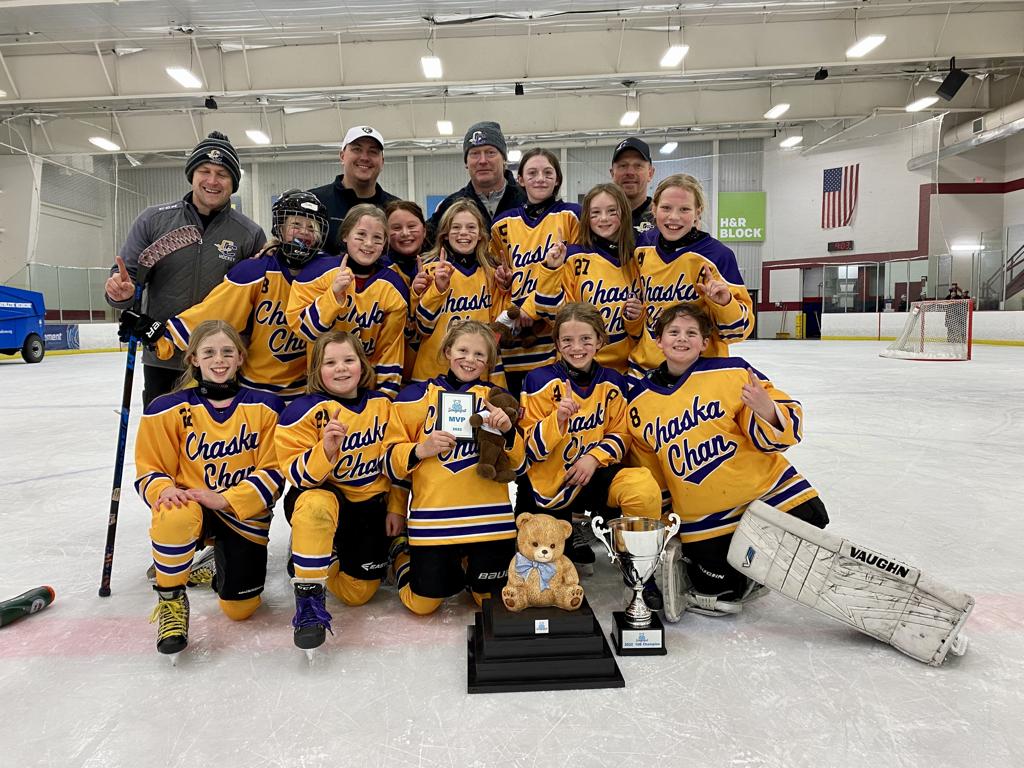 Chaska/Chanhassen made it a sweep at the 10-Under level at the Danglefest, being crowned champs in both the 10A and 10B Divisions.

Minimal movement this week in the U10 B rankings, but there are two slight things to note.

Those are the only two changes made in the top-ten this week.