The Bulldogs dominated this intrastate series against the Beavers.

Clara Van Wieren scored the series' first goal in Duluth just 57 seconds into the game. That goal really set the tone for the whole game and series, as the Bulldogs scored the first six goals in the opening contest. Reece Hunt would finally get the Beavers on the board at the 3:05 mark of the third period. Nina Jobst-Smith was the player of the game for game one, as she had one goal and dished out three assists. The Bulldogs went on to win game one by a score of 8-1.

The Beavers have a home series with the #3 Minnesota Gophers this upcoming weekend.

The Bulldogs hit the road to play the St. Thomas Tommies in St. Paul this coming weekend. 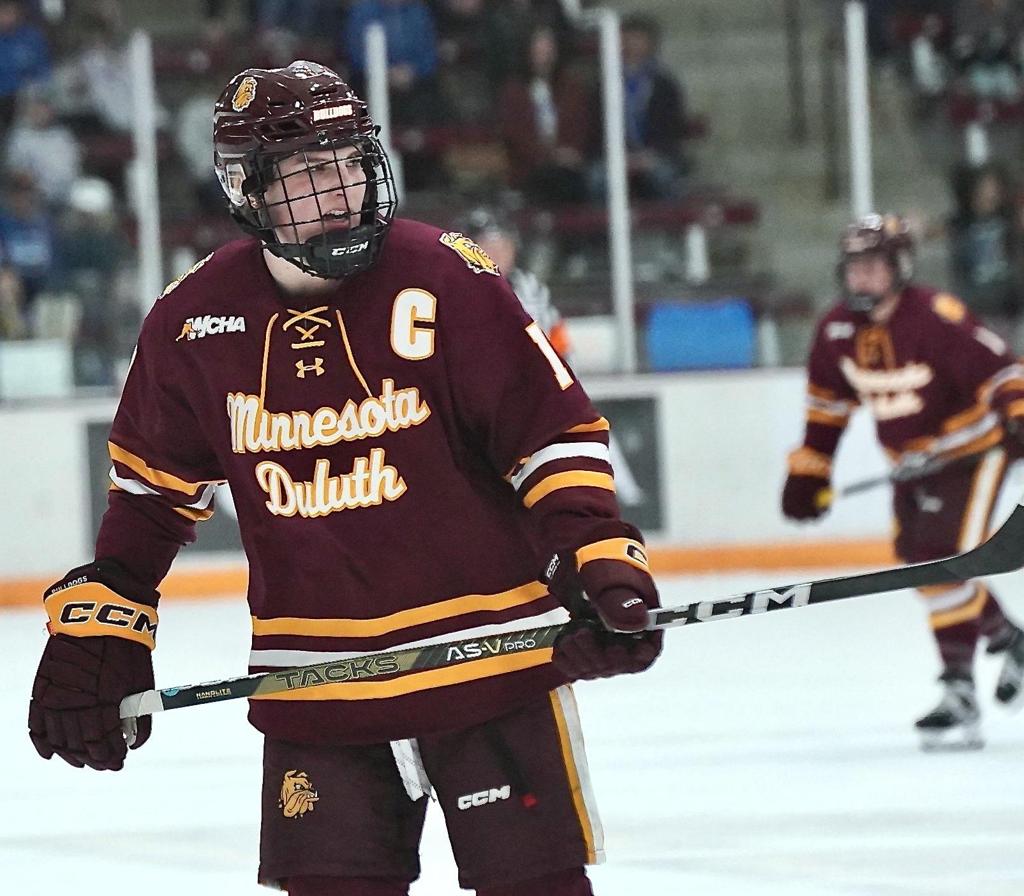 Grace Zumwinkle exploded out of the gates, scoring two goals to start the game for the Gophers. Grace Zumwinkle is currently tied with Gopher teammate Taylor Heise for the NCAA lead in goals with 18. The Gophers added one more goal with five minutes left in the first period to go up 3-0 heading into the break.

The second and third periods were fairly quiet, as the Gophers added two more goals to win 5-0. Abbey Murphy paced the Gophers with a goal and two assists, and Skylar Vetter stood tall in the net, stopping 17 shots for the shutout.

Game two of this series was a bit more entertaining, as the score after one period was deadlocked at 1-1. Minnesota started this game fast with an Abigail Boreen goal less than a minute into the game. The Tommies had a great answer, as Maddy Clough scored two minutes after the Gopher goal. The rest of the first period was scoreless, and the Tommies went into the intermission feeling good.

The Gophers travel up north this next weekend for a series with the Bemidji State Beavers.

The Tommies host the tough Bulldog squad at home this weekend. 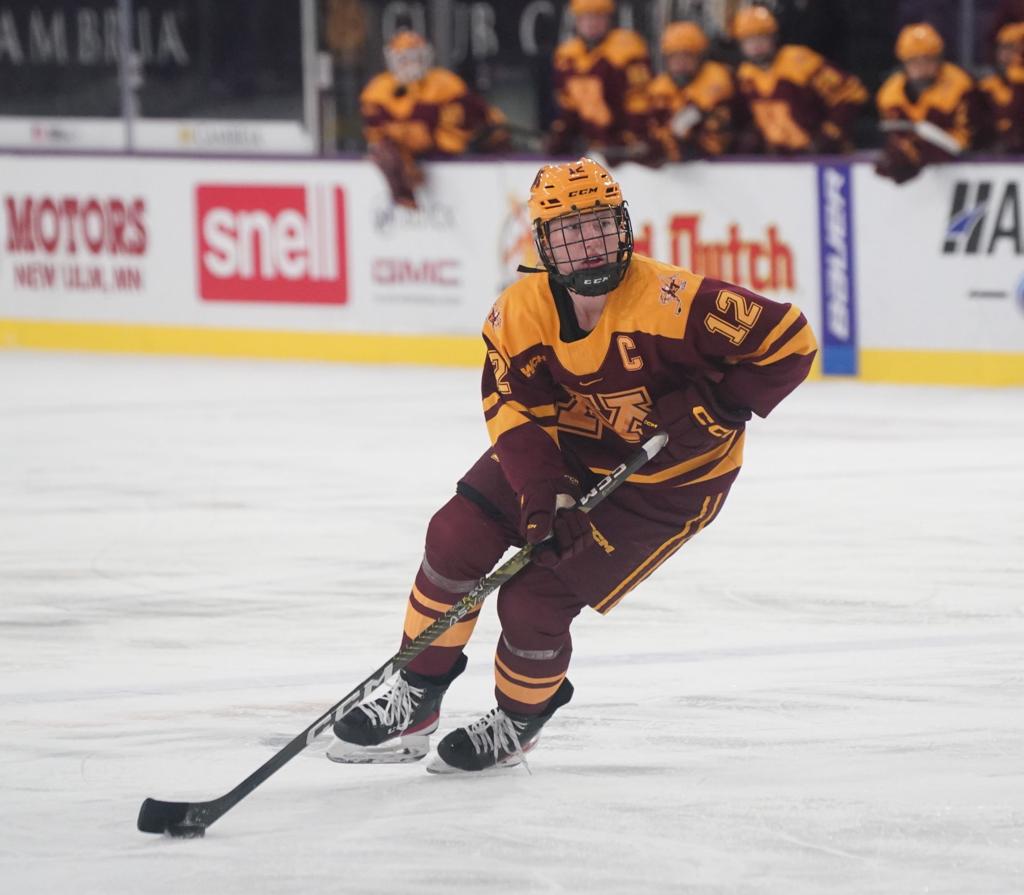 The Mavericks had quite the weekend with a sweep over the fourteenth-ranked Huskies. St. Cloud State got on board first to start the game with a goal by Svenja Voigt at the 1:36 mark in the first period en route to a 3-1 victory. Claire Butorac had a massive game for the Mavericks, scoring one goal and adding one assist.

Lauren Barbro had a very successful performance in net, stopping 23 of the 24 shots she faced. The shots in this game were pretty even, as the Huskies had 24, and the Mavericks had 22.

In game two of this series, the Mavericks continued their offensive surge from the first game. Taylor Wemple and Kennedy Bobyck gave the Mavericks an early 2-0 lead. Avery Myers scored late in the third period for the Huskies, but that would be the last goal the Huskies would score in this game.

The Mavericks added huge third-period goals as they sealed the game with a 4-1 victory and series sweep. The Mavericks outscored the No. 14 team in the country 7-2 on the weekend.

The Mavericks head east this weekend to face the pesky Wisconsin Badgers.

The Huskies look to rebound with a home series against the Ohio State Buckeyes. 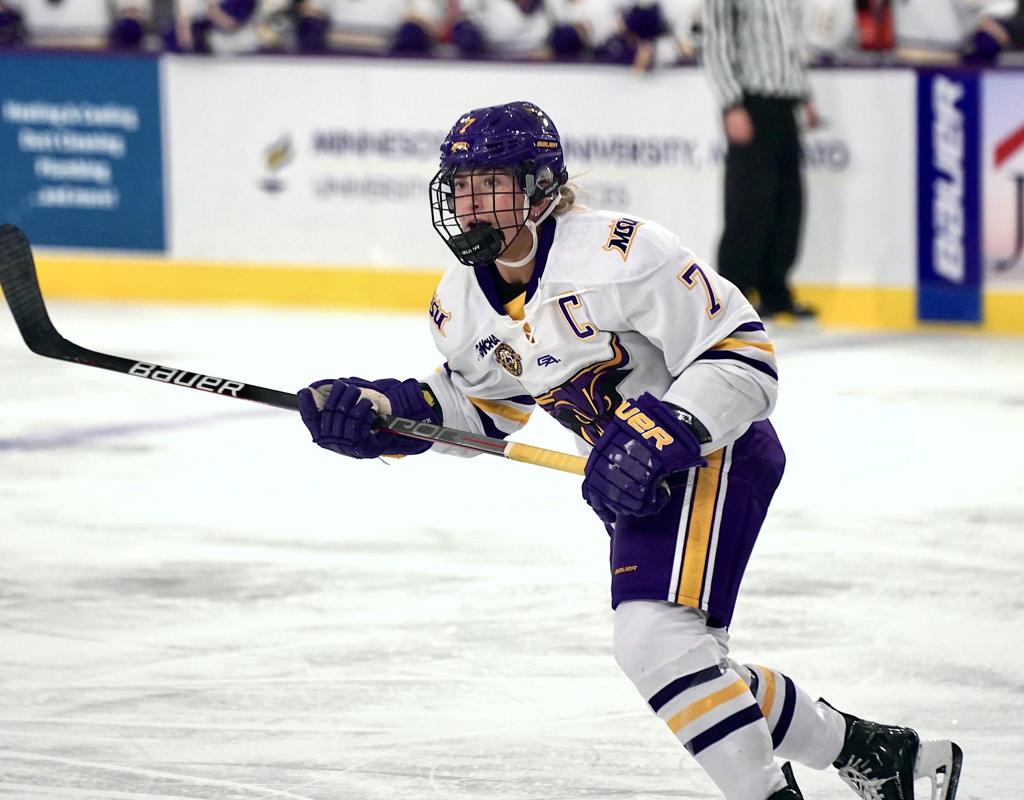