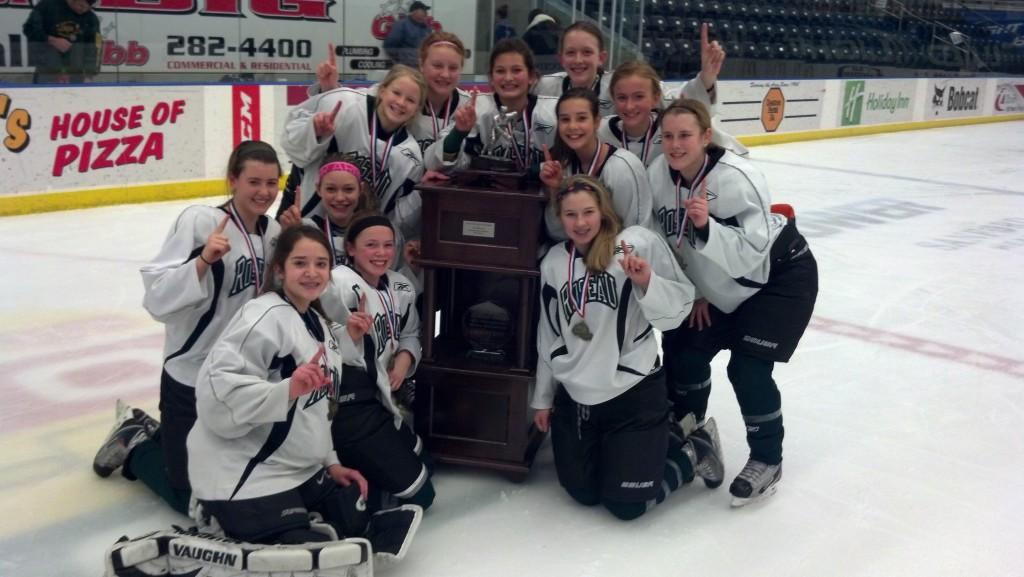 Tournament season is in full swing and Fargo Youth Hockey put on a great show January 3-6th with 15 12U A teams. Roseau stepped on the ice Friday to take on Lakeville North knowing it would be a great game. Lakeville North played strong but Roseau came out on top 4-2. From there Lakeville North continued on to win their remaining 3 games outscoring opponents 18-3. Roseau then played St. Cloud, out shooting them 41-11 and getting the win 2-0. This setup Roseau and the Orono Spartans for the chance to play in the Championship game. Roseau would not be denied as they topped the Spartans 4-2 earning their spot for Sundays finale. Advancing to the Championship game from the other bracket was the Fargo Freeze with a bye in the first round and wins over the Northeast Predators 2-1 and the Anoka Tornadoes 4-2. Roseau and Fargo took the ice on Sunday under the spotlights at the Scheels Arena home to the Fargo Force. Roseau once again started the game strong and jumped out to a 2-0 lead in the first period. The scoring did not stop as Roseau lit the lamp 4 more times to win the Championship game 6-0 over the Fargo Freeze. A big thank you goes out to Fargo Youth Hockey for once again putting together a great tournament for all the girls. Overall there were 80 teams from 10U up to 19U.