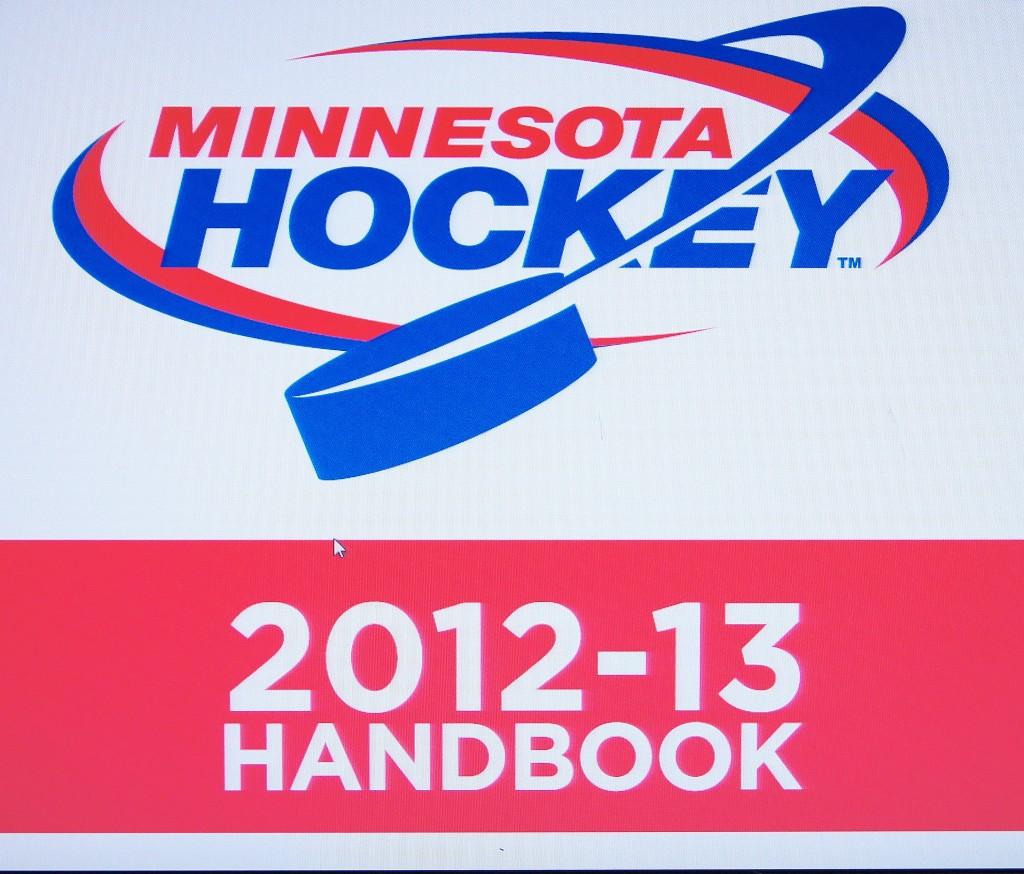 The AA/A Pilot program, if adopted next year, will likely forces changes to the handbook after the 2013-2014 season starts

Impact at the Minnesota Hockey level

Minnesota Hockey did this with the belief that the AA/A designation applies to post season tournament play only.  But Districts and Associations have interpreted the AA/A as a separation of teams during the season as well.  And the “cat is out of the bag”.  The AA designation is now the best.

Since the AA/A is a pilot program for this year only, can it be put back into the “bag”?  The “best” designation may not be what Minnesota Hockey wanted.

One thing that makes Minnesota Hockey work is that which team plays which team en-route to the state tourney is written down up to four years in advance of the season played.  Last season, everyone participating could read the handbook and know what the post-season held for their team if their team was successful.

There were enough A teams per district to fill the regional seeds and make the handbook approach viable.

With the split into AA/A, the districts did not have enough teams at a particular designation to fill their available tourney slots, particularly at the AA level.  If the pilot program continues, Minnesota Hockey will likely have to continue this post season modification to the handbook every year or go to a Sectional Alignment as the state high school league has done.

Another choice would be to eliminate the districts and re-align the “districts” into sectionals.  There are multiple problems with this re-alignment.  First it would be for the bantam A and peewee A levels only.  Other levels of youth hockey would not need it.  Second, it would force more travel to play games.  Finally, the sectionals would have to be re-aligned periodically to account for shifts in teams (high schools do that every two years or so).

Bantam A and Peewee A levels are a minority in Minnesota youth hockey (not counting girl hockey).  District based hockey works bests for the other levels of play because it localizes play and encourages participation.

Impact at the District level

Districts have been impacted at the A level for bantam and peewee regular season play.  The first impact was the struggle districts who felt they had to separate AA and A teams went through to establish leagues and game schedules.

Associations determine at what levels they will field teams and often they wait until tryouts.  Some associations cannot have tryouts until they have ice and that can be late in the process.  This problem existed at the A level previously, but the districts most effected had adjusted.  Now with the AA and A split they had to readjust.  That costs time.  And the time the association takes costs the district time.  And the time the district takes cost Minnesota Hockey time.

At some point late in October and in early November, the Districts finally settled.  Districts 5, 6, 9, 10, and 15 separated the AA and A bantam and peewee teams into AA and A leagues.

Districts 2, 3, 8, 11, 12, and 16 kept one peewee A and one bantam A league.  They followed the idea that AA/A had no meaning in regular season.  How they setup their playoffs to determine regional seeds is a TBD, but these districts may already have resolved their playoffs.

One thing is appears to be certain, at this point in the season, no changes will be allowed in an association’s classification.  If your association is classified AA or A, it will not be changed.

As a result of the changes at the district level, some teams will be playing a shorten league schedule.  District 15 AA bantam and peewees has the shortest schedule possible, two games.  District 6 AA teams are playing 12 league games, last year they played 18.

District 6 policies implies or states that an association team can play in four tourneys only has meant the District 6 AA teams will play less games then they did as A teams last years.

Other districts have full schedules of 16 to 22 league games.  For teams in those leagues, playing in four tourneys (plus participation in the Maroon and Gold league for some) has left little schedule space for scrimmages with other teams such as D6 AA teams.

Part of the D6 problem is that unlike the other leagues, they do not have “cross over games” with the A teams.  There are more A teams in D6 then AA teams, the A teams do not need or nay not want to play D6 AA teams.  The D6 peewee A teams play a 16 game schedule and don’t need crossover games.  They also have a wider selection of teams to play since most A teams are willing to schedule scrimmages with AA teams as well as A teams.  The D6 bantam A teams play a 14 game regular season schedule,

Impact at the Association level

The larger associations took advantage of the AA/A split to create A level teams.  They placed most of their top first year players on those teams.  In effect they created a minor team A to their major team AA.

If competition against better players results in kids developing, the trend as a result of the split is to have a dozen large association that plays each other year in and year out.  It is what is happening at the high school level, but should it happen at the youth level?

Edina, Minnetonka, Centennial, Wayzata, Prior Lake/Savage, and Rochester Associations all face a different, unanticipated problem at the peewee level.  Their A teams are proving very competitive playing schedules similar to their AA teams and at the end of the year, maybe the better team.

If your second 15 is nearly as good, if not better, then your first 15 at the end of the year, why have a AA team?  Why not have two balanced teams?

Impact at the player level

The impact at the player level is more than just the impact at the AA/A levels.  Here is the some of the good news for parents and coaches whose kids play peewee or bantam for small associations that move up to A or B1.  The door opens for these teams to advance further in the state tourney play down.  For those that play at B2 or C, the door closes.

Three of these teams, because of the right combinations, will play in the East Regional this year.  Under last year’s format, they most likely wouldn’t.  The AA/A split works for them this year.  Next year, who knows?

The B1/B level has opened up with the movement of the large association kids to the peewee A teams.  That has allowed more kids to think of regional play than normal.  Oddly though, regional and state tourney participation is not a real driver among B parents and kids.  Most are just happy to have their kids playing.

The B2 and C levels have been hurt.  Fewer teams exist at that level.  Some areas have as few as five C teams to compete with.  With the movement of kids up in the classification and the numbers steady or down for an area, it was expected.

For those kids playing AA, the trend is for fewer games played.  Some would view this as a blessing, others would feel cheated.  Both need to recognize that the cost per game goes up.  Travel costs also increase as the AA team travels further to search for competition.  That is why Minnesota gets out-of-state teams in their tourneys.

It is a mixed bag at this point.  One thing is for certain, if the pilot program becomes a reality next year, it will impact regular season play and all levels of the youth hockey organization.  The AA/A split will take more work and refinement to make it fair in the eyes of the participants.  The principle change that will have to be made is the minimizing of districts to allow for “sectionalizing” the youth structure.

It is was Minnesota State High League had to do.

GHS Edina vs. Holy Family in pics (The Fam) https://t.co/wEaZa0Gjo2

GHS Postgame Skate Edina cruises past Holy Family 4-0 in a battle of two top-5 teams. Game summary and some tho… https://t.co/yaNSyT2HWr