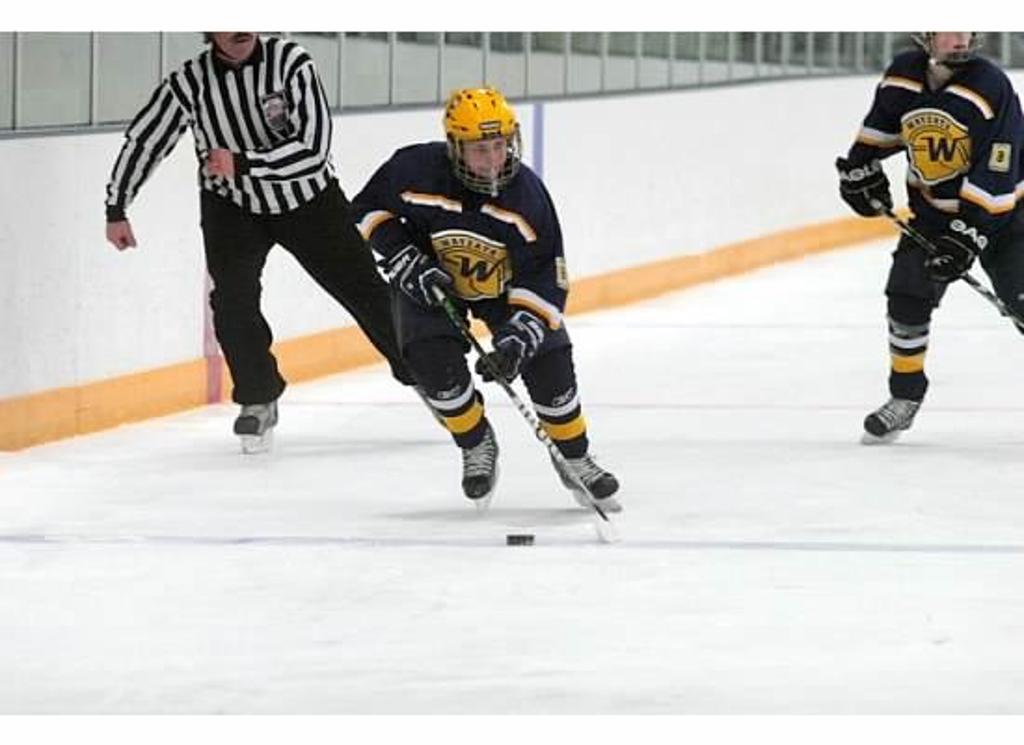 Despite having a rare liver disease, Cole Jacobs is a leader on the Wayzata PeeWee AA team this year.

At about one month old, Cole Jacobs’ parents were delivered stunning news.  Their brand new baby had Biliary Atresia a blockage in the tubes (ducts) that carry bile from the liver to the gallbladder. Biliary Atresia is rare and only affects about one out of every 18,000 infants. The disease is more common in females, premature babies, and children of Asian or African American heritage.

With a 66% success rate Cole had surgery 4 days later to unblock his  bile ducts. Thankfully, it worked for Cole. However, even though this procedure was successful, his liver continued to disease. The Jacobs knew the ultimate result would be a liver transplant.

The UNOS (United Network of Organ Sharing) has a point system to determine the urgency of your transplant~ transplanting those who are at the highest risk first. Essentially, families wait for their child to get “sick enough” to get transplanted, before they get “too sick.”

So, for the next nine years Cole functioned normally as an “average” American boy. He played high level hockey, travel baseball and lived as other school age kids did…. not realizing most kids were not getting weekly blood draws, daily medications and seeing world renowned doctors on a regular basis.He went on with life the best he could, visiting Mayo frequently to check on his progress. As expected, slowly and steadily, his disease continued to progress.

A remarkable tale of Cole’s attiude.  One day his Mom Shelley was a bit emotional about the stress of his disease and was sharing that stress with Cole.  To which Cole replied, “Mom… I am not sick. I just have a liver disease.” What a kid!

In March of 2009, Cole accumulated enough points and was made “active” on the transplant list. On a stormy afternoon, December 30, 2009, just after getting home from some pond hockey, the Jacobs’ received the much anticipated call. They had identified a liver for Cole and it was time for his transplant. “Watching him be wheeled into that surgery room was, to date, the hardest moment of my life,” said Shelley Jacobs.

The surgery went very well with no complications. Praise God!! Seven hours later, the surgeons were done. Cole spent the next month at Mayo recovering. Five weeks post transplant, he went to school. Seven weeks post transplant, he got to do what he loves more than anything..Play Hockey.!!! After getting a new organ, getting every stomach muscle cut in half, he was skating again SEVEN weeks later…AMAZING!!! His parents, Erik and Shelley truly believe that his physical and mental strength and his passion for hockey made a difference in his recovery. The nurses at Mayo said that he wasn’t strong enough to sit up on his own but he was strong enough to watch hockey on TV.

Now, Cole looks and behaves like other kids. Though he will take medication daily for the rest of his life plus get monthly blood draws, he knows no different and leads a high quality of life. The experience has made him an amazingly compassionate and kind person.

Shelley, Cole’s Mom had this to say about the effect Cole’s disease has had on their family, “The most significant way it has changed our life is that Cole has life. Without this organ, Cole would most likely no longer be with us and our story would be very different. Cole’s story has a happy ending. However, I am gravely aware that there are many others whose stories are different and not so happy. It has changed our family from the core of who we are. We are so aware of the fragility of life and that it is not a “given” or a “right.” It is a blessing, a gift. Cole is an absolute, bonafide miracle and there is not a day that goes by that I am not reminded of it.”

Special thanks to the Jacobs family and Cole for sharing their story with YHH and it’s readers.  Happy Thanksgiving.