Will Shattuck no longer be king of Minnesota District playoffs?

For years, Shattuck has been the only organization in USA Hockey's Minnesota District that has Tier I teams eligible to play Minnesota District hockey.  For years they have gone on to play and win in USA Hockey National Tourneys.  Last year's Shattuck Prep team won the U18 Tier I title and the Shattuck's Bantam team won the first ever U14 Tier I title.  That could change this season. 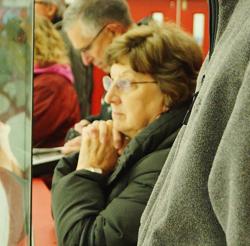 For years, the Shattuck Tier I teams have been the only organization that has been eligible to play Minnesota District hockey.  That will change this year.  Two decisions happened in the past year to change that and the results of those decisions came together for an initial first step at the NAHL Showcase held this past week at the Super Rink in Blaine.  The first decision was made by USA Hockey to create a U14 national tourney and then combine that tourney with U16 and U18 tourneys at one location.  Last season, the tourney was held in Green Bay WI; Shattuck’s Prep team won the U18 Tier I title; Team Wisconsin won the U16 Tier I title, and Shattuck’s Bantam team won the U14 title.  This season’s U14, U16, and U18 Tier I national tourneys will be held in Amherst NY March 26-29.

The second decision was made by Minnesota Hockey when they decided to run a Minnesota District Tournament for U16 and U18 teams in next March and sanctioned a number of teams including before and after teams in addition to Shattuck.  USA Hockey’s tourneys are open to “before and after” teams as well as Tier I organizational teams based in Minnesota.  Shattuck’s Tier I teams are no longer the only Minnesota based teams that can play in a Minnesota District tourney for Minnesota’s berth to the national tourneys.  Before and after teams from the Minnesota Magicians, the Minnesota Northern Wings, and the Minnesota Blades can challange Shattuck.  Organizational team, Bauer Emerson, based in North St. Paul, can also participate. 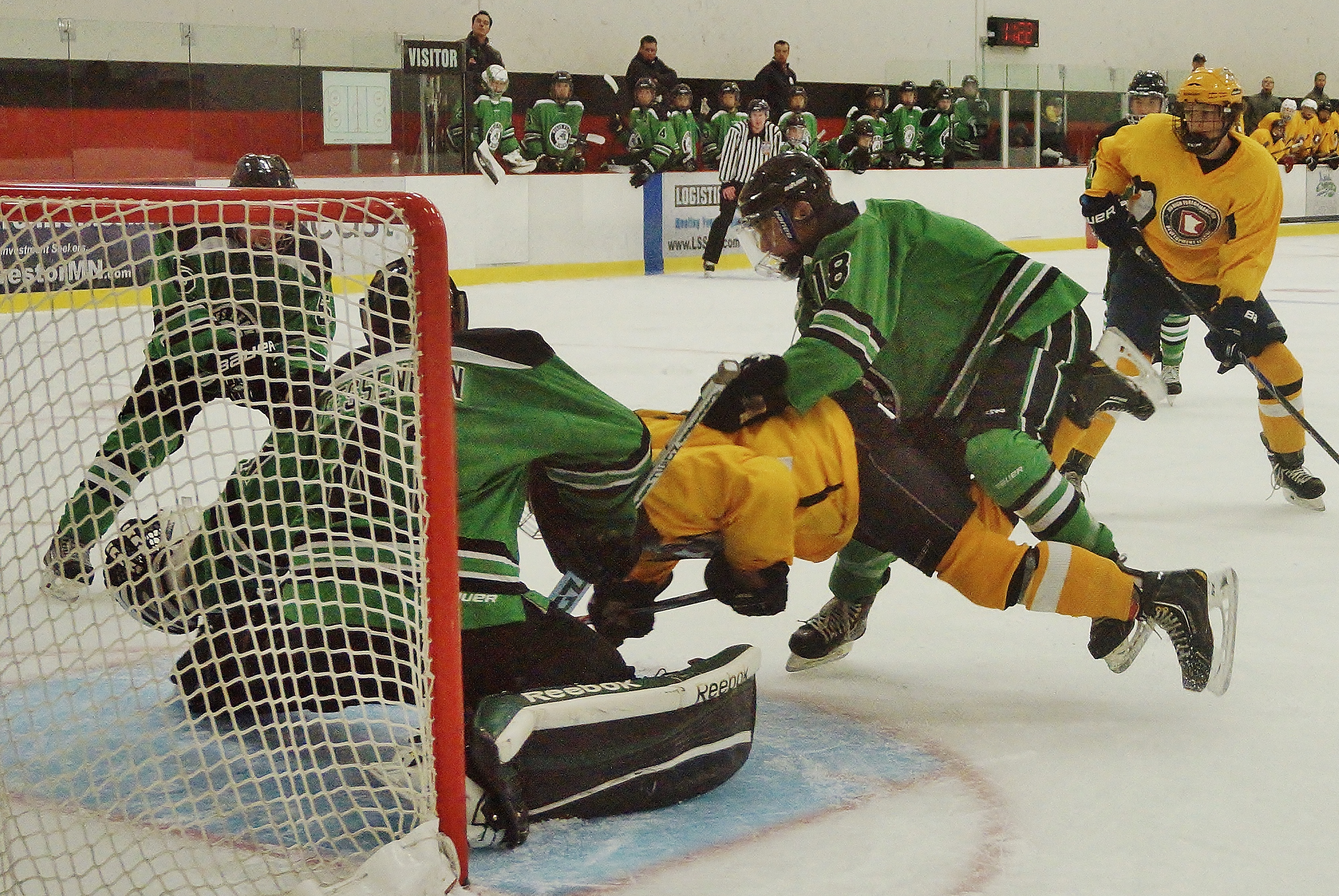 But there is a catch.  The State Class A and Class AA tourneys this year end on Saturday, March 7.  With the national tourneys opening play March 26, that leaves a short window for a Minnesota District tourney to be played.  The bigger “catch” is that the teams will have to make their decision and finalize their rosters this fall before the start of the high school season.

What has emerged at the NAHL response to these decisions is a number of potential Minnesota District entries at the U16 and U18 level testing themselves against competition they expect have at the national level.  Because these teams have decisions to make in the next four weeks, the Showcase was a good chance for teams to be tested before making a decision.  At the Showcase, two Minnesota U18 teams played, the Shattuck Prep team (defending National U18 Tier I champs) and Bauer-Emerson; three Minnesota U16 teams played, the Minnesota Magicians, the Minnesota Elite D Grey and the Minnesota Elite D Gold team.

Bauer-Emerson Revolution played four games in the U18 Showcase.  They were the only Minnesota based U18 team in that group.  The North St. Paul MN based team draws players from all over the country.  At the Showcase, two Minnesota players were on the Revolution roster.  The Revolution had a competitive Showcase.  All four games they played were close; they lost to Hockey Club Dallas 6-3, St. Louis Selects 5-1, and the Arizona Bobcats 4-1.  They beat Pursuit of Excellence 3-2. 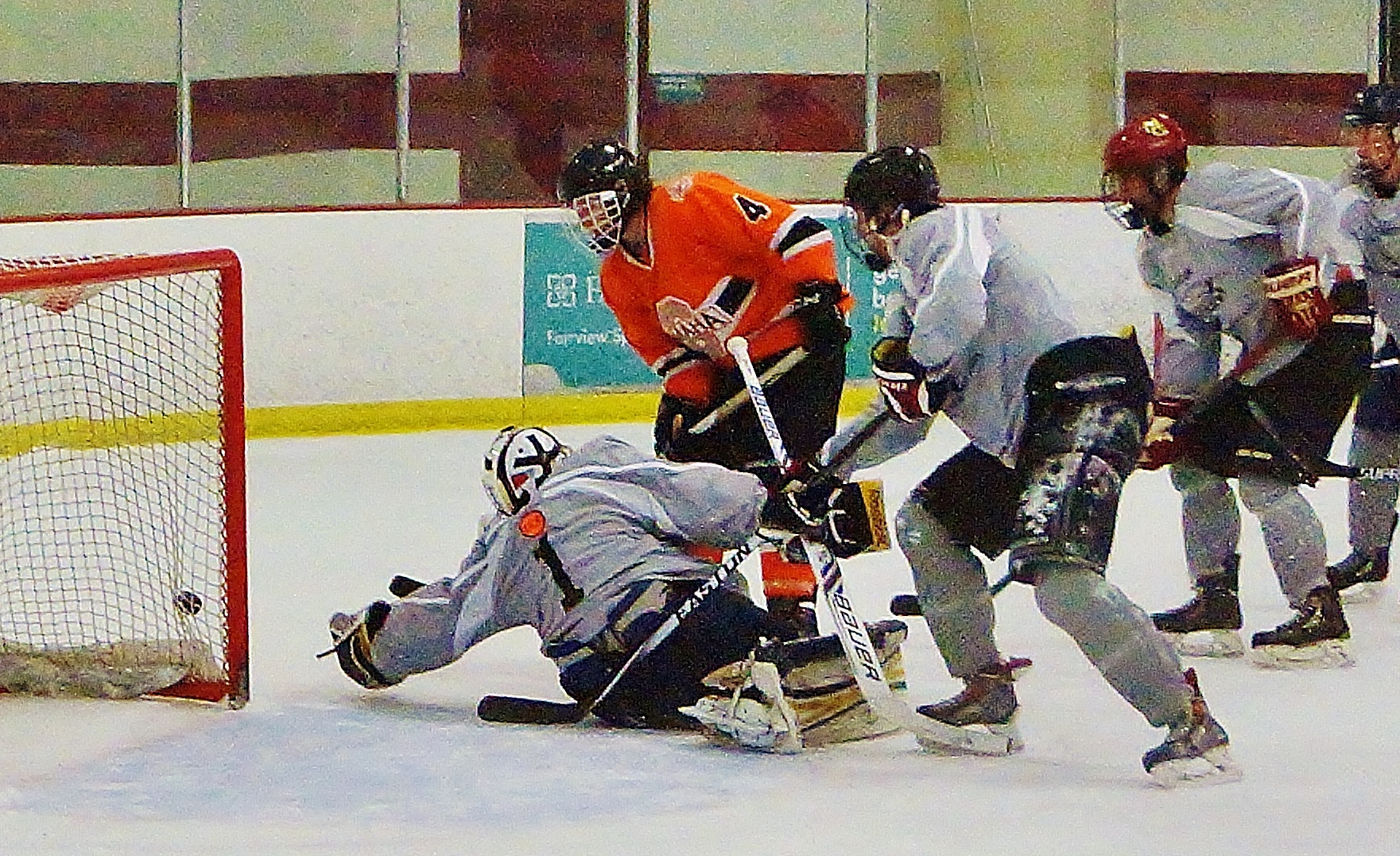 Elite D Grey goalie Cade McEwen watches the puck hit the outside of the net in this shot by Omaha's Austin Long. McEwen had a good first half against the Omaha AAA team.

Shattuck’s U18 team is the Shattuck-St. Mary’s Prep team.  The Sabre’s Preps play in the Upper Midwest High School Elite League and played their first three league games (and their first three games of the 2014-2015 season) at the Showcase.  They lost to Mpls/St. Paul Magazine 4-3, lost to TCF Bank 7-4, and beat Muscle Milk 4-1.  Shattuck is the reigning USA Hockey U18 Tier I National champs.

As a side note, the UMHSEL’s Team Wisconsin is a before and after team that will compete in USA Hockey’s Central District playoffs that will be held March 13-15 in St. Louis MO for the Central District’s U18 Tier I national title.  Team Wisconsin played three UMHSEL games this past weekend at the Showcase and won all three games (beating Muscle Milk 5-3, Luther’s 5-2, and Mpls/St. Paul Magazine 4-2).  The wins put Team Wisconsin in first place halfway through the UMHSEL season. 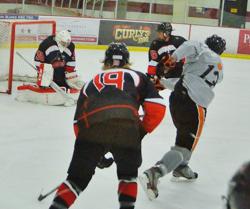 Three potential U16 Minnesota District entries showed up for the Showcase; two teams from the Minnesota Elite D League and the Minnesota Magicians U16 team.  One Minnesota Elite D team (the Grey) replaced Bauer-Emerson’s U16 team.  A late entry to the Showcase (the Elite D Grey players were notified the Monday before the Showcase opened and played their first game three days later with no practices), the Grey played well.  They beat the Magicians 3-1 and went on to beat the Madison Capitals 5-4 in their first two games played Thursday.  Friday, the Grey beat the New Jersey Titans 6-3.  Saturday, they beat the Western Michigan Hounds 6-5.  Sunday they lost to the Omaha AAA team, 6-1, when Omaha blew open a tie game in the second half behind Baron Thompson/Apple Valley’s two goals.

The Minnesota Blades U16 team has posted 2-2-1 record in September.  They tied (2-2) and lost (4-3) to Team Wisconsin in their season opening games.  This past weekend, they beat the Arizona Bobcats 5-1, lost to Honeybaked 8-2 and beat the Thunder Bay Kings 99 AAA team 3-1.

The Minnesota Blades U16 team plays in the Buck Classic in Des Moines IA this weekend.  They draw the Kansas City Mavericks, the Iowa Wild, and the Green Bay Gamblers.  The Blades also have October games scheduled with Shattuck’s U16 team and play the Gamblers and the Northern Wings in Madison WI.  They will play in the Duluth Heritage Tourney at the end of October.  That tourney includes Team Wisconsin.

What is at Stake?

Most hockey people outside Minnesota are not familiar with Minnesota Hockey; they don't understand how it works and why it is successful.  They think that a Minnesota hockey team at the national level will be a Team Minnesota.  They do not consider Shattuck as a team that represents Minnesota.

Most people outside of Minnesota fail to comprehend the depth of play and hockey interest in the state.  The most often heard comment from parents of players who have moved into Minnesota to play hockey is that they are amazed at the number of strong teams within short distances.  It is unheard of outside the state.  That is important to understand because people who are used to watching play at the national level consider a team that represents a state should be like Team Wisconsin or Team Illinois, a team consisting of the best players within the state.  They consider a team like Shattuck an organizational team equal to the Wisconsin's Madison Capitals or Illinois' Chicago Mission; these teams draw most of their players from outside the state.

When they think of a Minnesota team playing in a national tourney, they equate that team to a Team Minnesota, that would draw the best players state wide.  They expect Minnesota’s entry to a national tourney to be a strong team.  Based on the potential teams that can play in a Minnesota District tourneys this year, a state wide team will not represent Minnesota.  But the winner will be strong in national terms because they would have to beat Shattuck.  If that happens, it would be an interesting dynamic, a clash of Minnesota success based on large numbers of competitors with high school the main focus versus a narrow organizational approach that relegates high school hockey to second tier status behind organizational hockey. 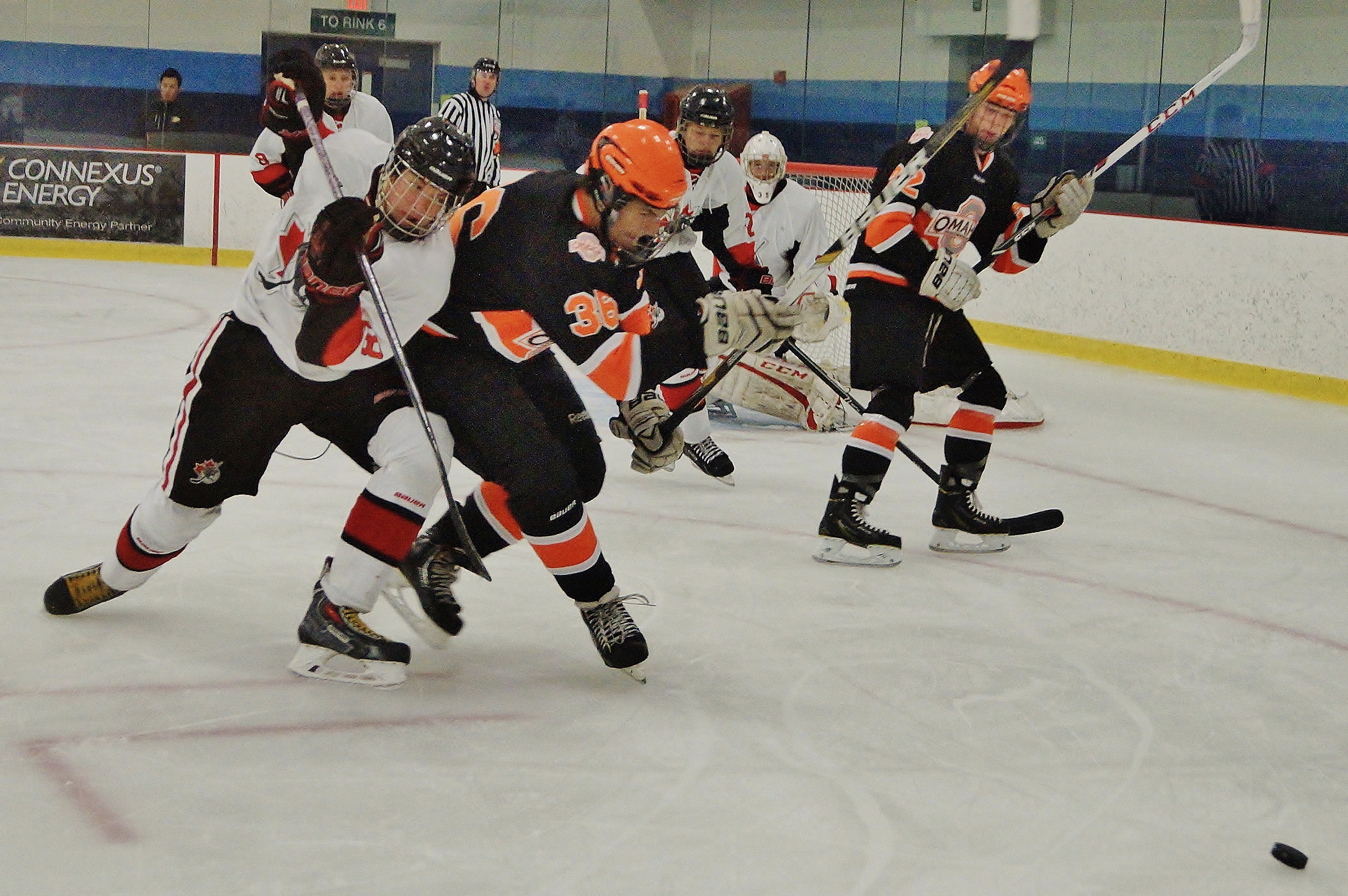