Minnesota District Tier I Tourney is On!

With the Magicians declaration submitted to USA Hockey today, there will be a Minnesota District U18 and U16 tourneys next March.

Today, the Minnesota Magicians submitted declaration forms to USA Hockey stating their intent to participate in USA District/Nationals for the 2014-2015 season.  The papers had to be submitted by October 1st.  The Magicians’ declared their intent to send their U16 and U18 teams.  As a result of this action, the will be two Minnesota District tourneys (U16 and U18) played in early March at a place and time to be determined.  Shattuck-St. Mary's, who in prior years were the only organization to declare their intent, will now have at least one competitor.

There is a potential of four more competitors at the U16 level making a similar declaration; the Northern Wings, the Minnesota Blades, Baurer Emerson, and the Elite D Gold team.  If all declared in the next few days, Minnesota District’s first tourney would have six teams participating.  Additional U18 teams could also declare; Northern Wings, Blades, and Baurer Emerson turning the U18 tourney into a five team affair. 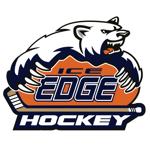