Tier 1 U14: SSM Shuffles Out of Buffalo with 5 Impressive Wins

Sabres look poised to repeat as National Champions in '15

A Big Weekend for the Sabres 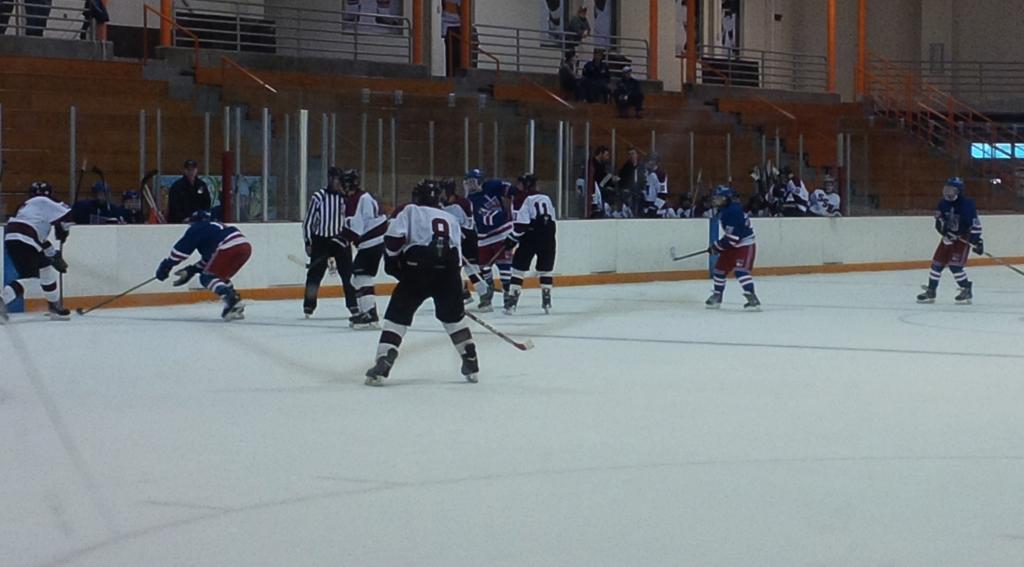 The Shattuck Bantam (U14) team has a new coach and new players, but their results continue to be impressive. Adam Nightingale, the former Assistant Coach at Michigan State, replaced John LaFontaine who was tabbed to coach the Wichita Falls Wildcats of the NAHL this year. Coach Nightingale has a great crop of talent including headliners Oliver Wahlstrom, TJ Walsh and Grisha Gotovets.

This team is more than just a few stars...they are loaded with high end skaters, some size on the blueline and depth at the Goalie position. "Our team played hard all five games, it was our first road trip of the year...it was nice to get that kind of effort the entire weekend, " said Coach Nighingale.

This past weekend, they went to Buffalo, NY and faced some top caliber teams in the Buffalo Border Battle, hosted by Super Series AAA. The brass from Super Series brought in the Toronto Marlies, arguably the top '00 team in Ontario, Little Caesars from Detroit, and the New Jersey Colonials.

On Friday morning, the Sabres took out the Buffalo Jr. Sabres 6-1 lead by TJ Walsh's 2 Goals. Later in the day, the Sabres got two third period goals from Grisha Gotovets to skate to a two game Friday sweep 5-2 over the Syracuse Nationals. "Grisha is a talented player who thinks the game well and has a strong work ethic.  He is a great teammate, which is something we as a program hold at a premium."

On Saturday, the Sabres faced a stiff test with two tough games against the Mid Fairfield Rangers and the Toronto Marlies. In the morning game, SSM got two goals from Oliver Wahlstrom, and a goal a piece from Grisha Gotovets, TJ Walsh and Maplewood's Luke Mountain to pace them to a 5-2 win over the Rangers.

In the afternoon game, the Sabres would face their biggest test, the Toronto Marlies. The Marlies jumped out early with a goal by Oliver Charest, but SSM would battle back and score three unanswered second period goals including a goal by Roseville's Nik Norman with :17 left in the period. Those three goals were enough to hold off Toronto for a nice 3-2 win for the Sabres.

On Sunday, Shattuck capped off their undefeated weekend with a 7-4 win over the New Jersey Colonials. TJ Walsh had the Hatty for the Sabres and Grisha Gotovets chipped in a goal and an assist for the the Maroon and Black.

In other action: Little Caesars finished 4-0-1 with their lone blemish to the Marlies 1-1 on Friday morning. The Marlies also finished strong winning four of their next five games.

The current source for National Tier 1 Rankings is My Hockey Rankings. MHR has a computerized formula similar to YHH's NOW Rankings. This week, Shattuck will have logged enough games to qualify for their ranking system. Going 7-1 against the top teams will likely get them to number 1. With two wins over current number 1 Chicago Mission, a win over the Toronto Marlies, and wins over Syracuse, New Jersey and Mid Fairfield, the defending National Champs are likely headed to the number 1 slot in the US rankings.

What makes this story so amazing is this team is only going to improve as the season progresses. Unlike most of their top competition, this team has only been together for a month. "Our play away from the puck improved from our first weekend of the year," added Coach Nightingale. Look for the Sabres to be a top team all season long.