"Risk something or forever sit with your dreams" Herb Brooks

The end of September means most Minnesota Hockey association’s clinics are over.  Tryouts are going to start.  The month of October usually flies by as thousands of Minnesota hockey teams are formed over the next six weeks.  The best part of October is that kids can still sign up and play hockey with most associations.

Alec Baer made hockey news in Minnesota in early 2013.  He made a trip to visit the Vancouver Giants of the Western Hockey League (WHL).   The WHL pays players some money to play hockey and Baer’s trip drew concern from the Benilde-St. Margaret’s coaches and from others involved with Minnesota high school hockey.  When he returned from the trip, he found that he was removed from Red Knights roster.  By the end of the 2012-2013 season, Baer had signed with the Vancouver Giants.  Some people said it was his only choice, that he had few options to play hockey after being removed. 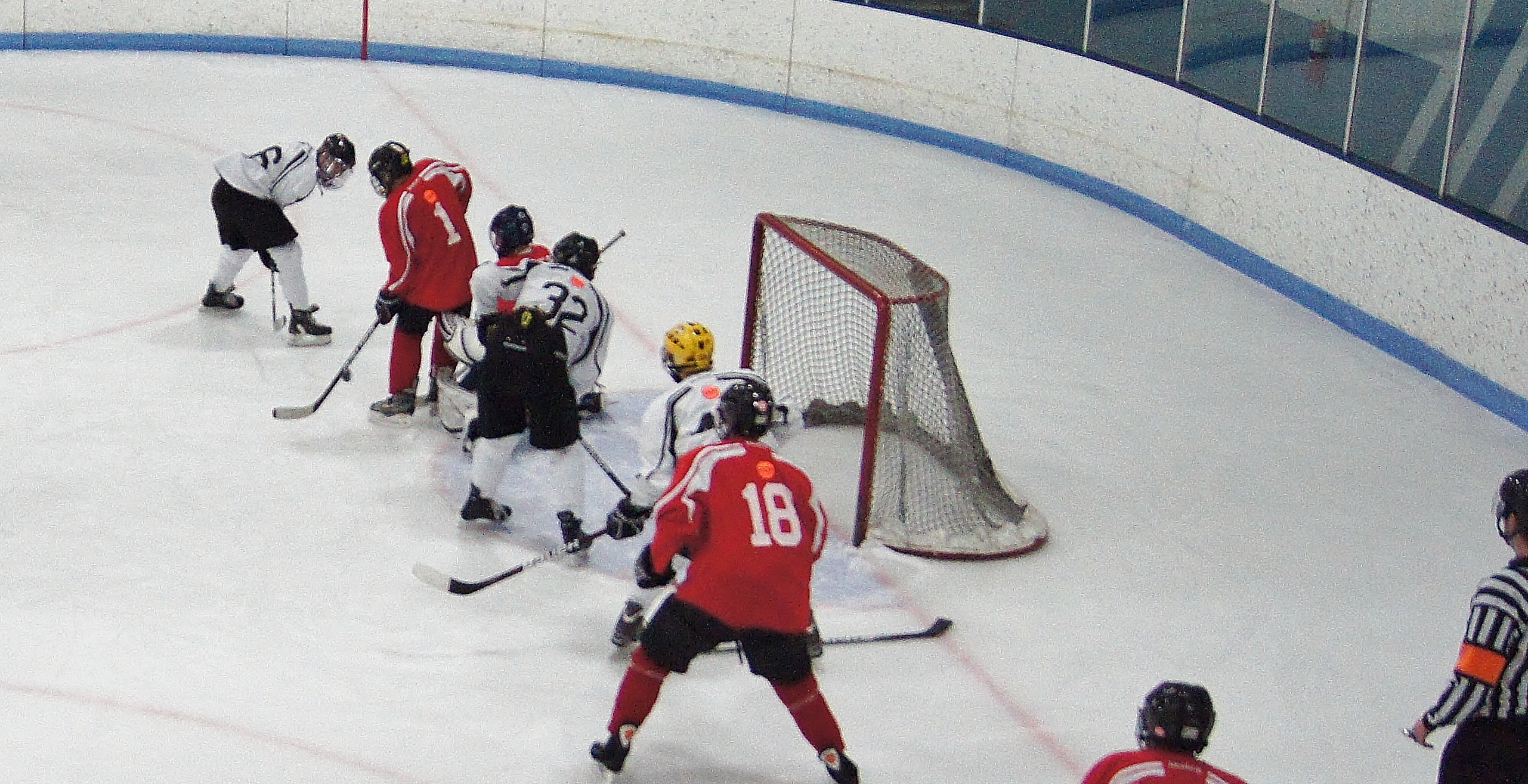 In April 2012, Alec Baer (#26 white) left scored this "between the legs" goal in a Minnesota Hockey HP-15 game between District 6 and District 3 in a preliminary game played at New Hope Arena. 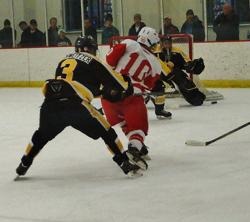 When Baer was a peewee, he tried out.  He played for the Wisconsin 97 Fire team.

Hunter Warner played hockey for Pine City MN as a squirt.  He moved to Apple Valley as peewee.  He tried out and made the peewee A team a year before Baer played for the 97 Fire.  Warner did not have the skating skills that Baer had, but that peewee season he played on an Apple Valley peewee A team with Hudson Fasching and Cullen Munson.

Fasching wanted to play bantams that year at Apple Valley, not peewee.  The association did not want to move him.  He played peewee A that year and moved on to play one year for Apple Valley at bantams and two years at high school before spending two years playing on USA hockey teams as part of the National Team Development Program.  Fasching was drafted by the NHL in 2013.  After his two years with the USA program, he spent last season playing for the Minnesota Gophers.  He returns to the Gophers this year.

Cullen Munson moved from Apple Valley peewee A hockey to playing Bantam A/AA hockey for Edina the following year.  In two seasons as a Hornet bantam, Munson averaged nearly two points a game.  He played three years for  the Edina Varsity and ended up being part of two Class AA State Championship teams.  Munson is currently playing for the Janesville Jets in the NAHL.

Hunter Warner played defense in high school hockey for Eden Prairie for two years.  Last year he played for the USHL’s Fargo Force.  He was always a rugged player.  This past week, Warner turned 19 and was signed by the Minnesota Wild.  He was assigned to the WHL’s Prince Albert Raiders.  Warner, still draft eligible, had not been drafted in the NHL’s 2013 and 2014 drafts.

No one can predict exactly how each kid will do in the upcoming tryouts.  Most will make a team, but not always the team they want.  As time moves on, more tryouts will happen.  Some will do well and have good seasons, some will struggle and need to learn and grow.  In the end, like the Baers, Warners, Munsons, and Faschings, they all start the same but have different hockey paths.  More importantly, they get to know each other over the season and develop long term friendships.  Along the way, they have good times and disappointments and if they are good enough, they may face each other on the ice at a professional level.  That is hockey.

Tryouts are around the corner and for those trying out, good luck.  May every skater’s shot hit the back of the net; may every goalie get the shut out.  And remember, winter hockey season will be a fun time the next six months; disappointments last for a day. 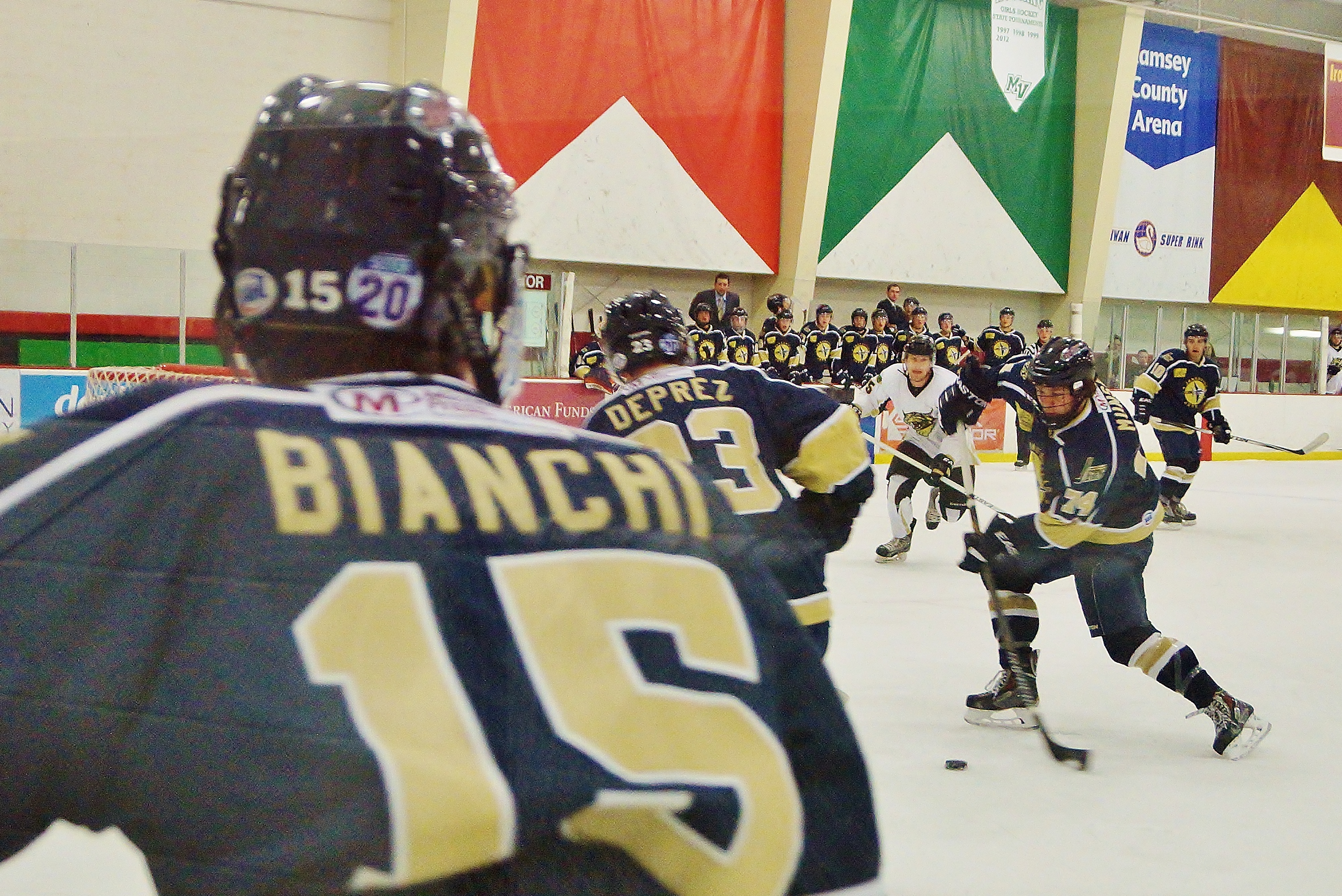 Cullen Munson (#74) is about to score his first NAHL goal for Janesville in a game played at the NAHL Showcase two weeks ago.