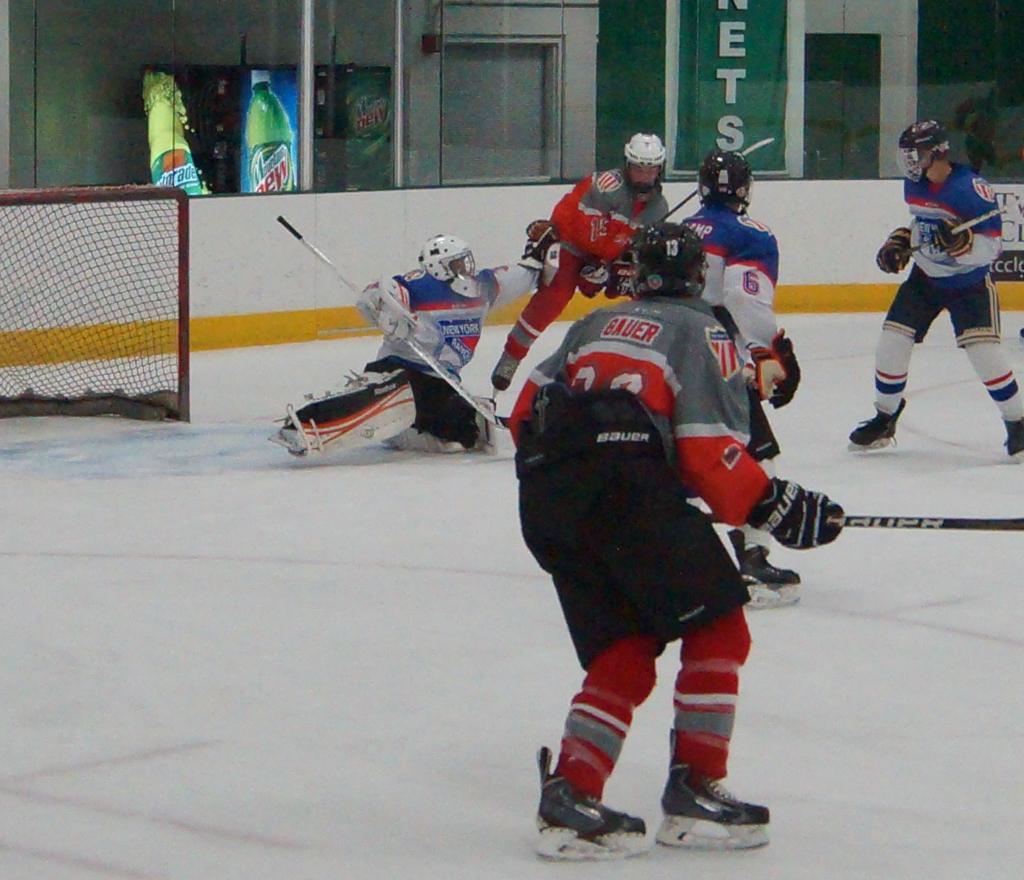 Carter Krier makes one of his 20 saves to help the Rangers win the BEL title.

When the rosters were first revealed for the Bantam Elite League last Fall, most experts thought the strongest group was the team from the North. Tough up the middle with Forwards Blake McLaughlin, Gavin Hain, Garrett Worth, and Alex Verbout to name just a few who made the Rangers a threat to score on every shift. On the blue line they had Luke LaMaster, Chase Hartje, and Ryan Nelson (again, to name a few) that had impressive resumes. To top it off, they had arguably the best Goalie at any level in the state on their roster, Zach Stejskal. At times during the season, the Rangers looked impressive. Impressive enough to force league organizers the option of adding a second North team for the next BEL season. But at times, the Rangers struggled to put their opponents away and lost five times and tied twice during the regular season.

The game got off to a fast start, with both teams making early bids to establish the physical and speed advantage. Both teams had plenty of both on Sunday. Goalies Carter Krier ('99, Moorhead) and Nick Konkel ('99, White Bear Lake) were remarkable to start the game making big saves for their teams.

Halfway through the first half, Gavin Hain ('00, Grand Rapids) took over the game. Each shift he was responsible for both physical play and goal scoring opportunities. He scored on loose puck in front of the net seconds after coming out of the penalty box. Then 16 seconds later Hain got a great pass from Blake McLaughlin ('00, Grand Rapids), he fanned on his first attempt and then pumped in the second chance to make it 2-0 Rangers.

Late in the half, with the Rangers on the powerplay, the game came undone...literally. While applying pressure to the Red Wings net, the net came off of it's moorings. Twenty plus seconds later Luke LaMaster ('99, Duluth) fired a wrist shot that hit traffic in front and found the back of the net for 3-0 lead. A lead that even the high powered Wings knew that they couldn't overcome. Thirty seconds after the LaMaster goal, the referees finally fixed the net that came dislodged. And then thirty seconds after that, Garrett Worth ('99, Duluth) put the game away with a filthy far side shelfie past Ben Beattie ('00, Apple Valley) to make it 4-0 Rangers at the half.

With the game mostly out of reach, both teams played out the string in the second half. To the delight of the fans, the boys kept it clean and played hard all the way to the finish. Alex Verbout ('99, Roseau) would add a goal, followed by Hain's third,  and then League MVP Tyler Watkins scored late to make it 7-0 final. Carter Krier would earn the 20 save shutout for the Rangers as they cruised to the inaugural Bantam Elite League Championship. 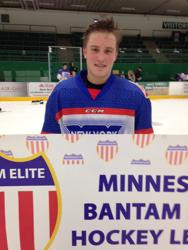 The Rangers had so many great performers all season, it made choosing a league MVP very difficult. Tyler Watkins scored three of the Rangers 11 goals during the Final Four weekend and ended the BEL season the leading scorer with 23 points (10G/13A). Watkins was paired with Blake McLaughlin and Jacob Seitz which turned out to be a very dynamic trio...they amassed an amazing 63 points on the season.

At first glance, Watkins is an extremely gifted skater...he has an extra gear, especially when he gets his mitts on the puck. But what is most impressive about his game is his high compete level. The '99 birth year, Watkins gets after his opponents and rarely strays from going 100 percent.

After the season was complete, Watkins was interviewed on YHH about his experience in the league. He said he loved the chance to play against the best and meet new friends from the North.

Congrats to Tyler on a great BEL season.