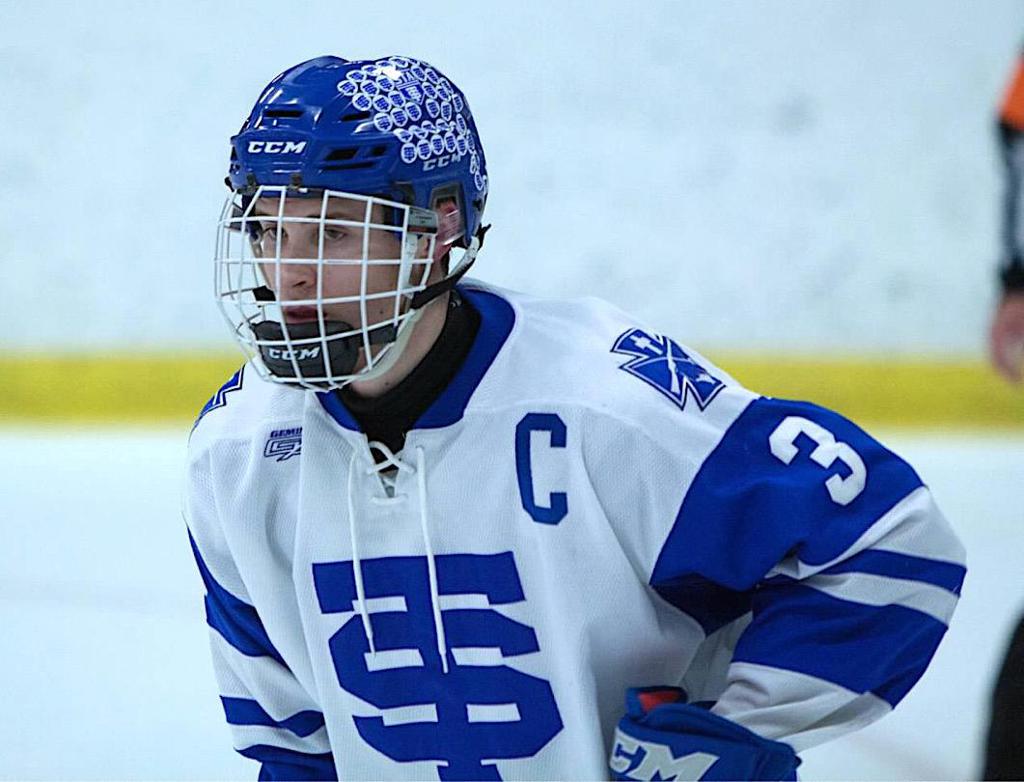 "The Longest Day of My Life"

The Mendota Heights-based school may not groom future soldiers, but it’s done one helluva job grooming Division I defenseman.

Since the 2012-2013 season, at least nine former Cadet defenders have moved on to the highest level of college hockey, including two that have traversed the rocky terrain of pre-professional hockey in comparable manners.

The parallels between Jason Smallidge and Robbie Stucker are striking.

Once he was informed of the trade, Stucker felt mildly comforted knowing that he would know at least one familiar face in his new lineup and dialed up fellow Cadet alum Brian Hurley to let him know they would be sharing a blue line.

Smallidge was swapped from the Central Illinois Flying Aces (formerly the Bloomington Thunder) to the Youngstown Phantoms, and like Stucker found himself spending hours in the car en route to his new home.

“I had to make that seven or eight-hour drive the next day,” Smallidge said. “It was stormy, there was a blizzard going on, and then I had practice as soon as I got there,” Smallidge continued. “Then (we) hopped on a bus to go back to Sioux Falls (SD) that night. It was the longest day of my life.”

The watershed moment of being traded was yet another reminder for Smallidge that he wasn’t in Mendota Heights anymore.

“Just being in juniors forces you to grow up a little bit,” Smallidge explained. “My first year to the second year of juniors was a huge improvement. My first year, I didn’t know how to cook, it was my first time doing laundry,” Smallidge continued with a chuckle, adding that he can now comfortably put together his pregame meal of chicken, spinach, and rice without incident.

In late May, their paths converged on the ice at Youngstown’s Covelli Centre, as Stucker’s Force topped the Phantoms 3-1 in a five-game series, with Stucker recording two goals and 10 points during the playoffs while helping the franchise to its first title.

There was no Hallmark moment for the former teammates, who exchanged a congratulatory embrace in the postgame handshake line and maintain a friendly relationship off the ice.

“We’re buddies. It’s not like we try to avoid each other or anything like that,” Smallidge said. 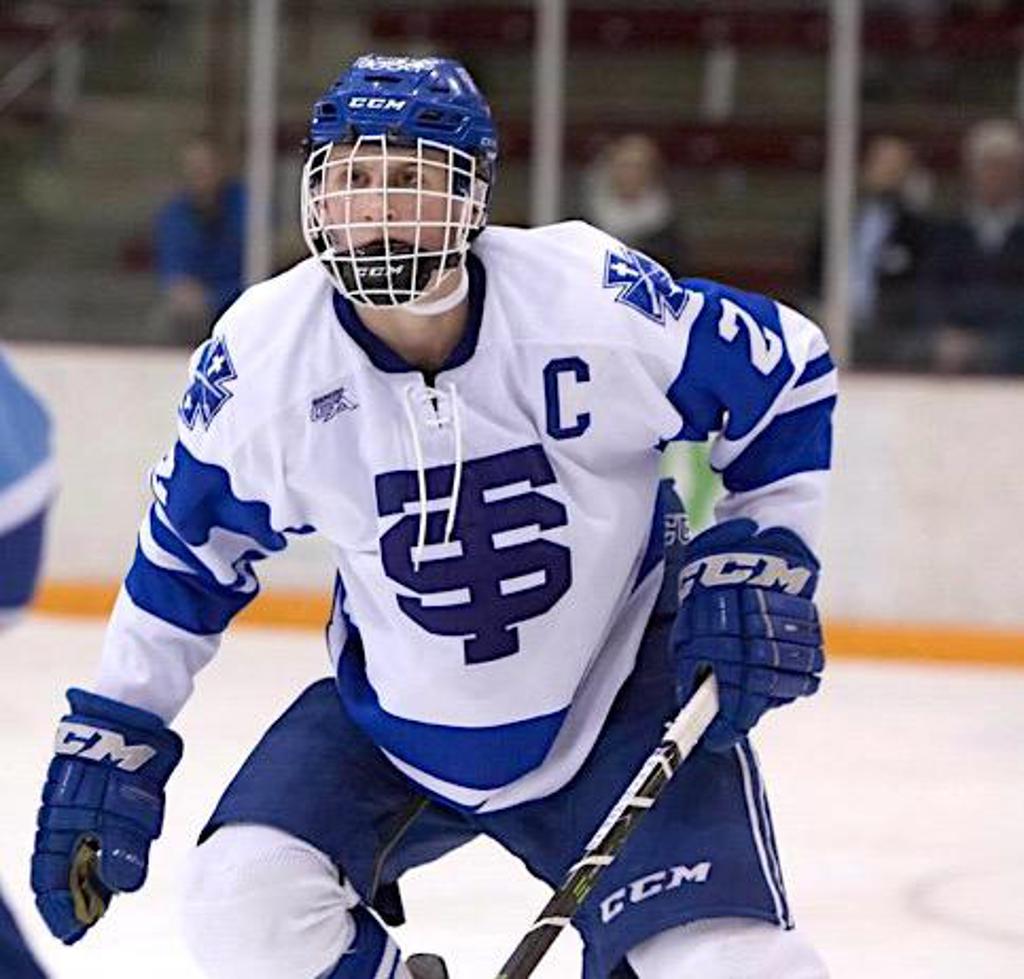 Their similarities don’t stop on paper.

Both are intelligent, articulate, and remarkably self-aware for their ages. Smallidge is 20 and Stucker is 19. Smallidge readily admits he wasn’t ready to make the jump to juniors before graduating from high school. Stucker extols the virtues of having patience during the recruiting process, and candidly states that “everything can change in the blink of an eye.”

“Going into my senior year, I really didn’t have much,” Stucker said, explaining that he talked to multiple schools as a sophomore, but the recruiters went radio silent during his junior campaign.

Stucker will step right into the Golden Gopher lineup after an impressive second half in the USHL and said that he’s ready for a maroon-and-gold tinged challenge.

“There will always be that adjustment period no matter what level you go into, but I feel I’m ready to jump in,” Stucker said, while also describing himself as a “freak” because of the amount of game footage he watches of himself and other players.

Nearly 400 miles south of Dinkytown, Smallidge has taken his talents to Nebraska-Omaha.

Not armed with Stucker’s on-paper statistics as an open resume for Division I coaches to pore over after his senior season, Smallidge has turned shutdown defense into an art form during his time in the USHL. Smallidge will help the Mavericks after the graduation of senior defensemen Joel Messner and Grant Gallo and warns against trying to expedite the process.

“Let things play out (and) don’t rush things,” Smallidge said. “My goal is to make it to the NHL, and you can’t do that in a year,” Smallidge continued. “It’s a marathon.”

Stucker, drafted in the seventh round of the 2017 NHL Entry Draft by the Columbus Blue Jackets, stresses a similar sentiment and chuckles at the thought of committing in middle school.

“One, I didn’t know if I wanted to play hockey,” Stucker said. “Two, I’d have no idea where I’d want to go to school. Even (in) my senior year I was committed to Colorado College, and things changed so fast.”

Stucker added that the bulk of recruiting responsibility should fall to the players themselves.

“Talk to every school, get through what you want,” Stucker said. “You really have to do your research and find out what is the best fit for you.” 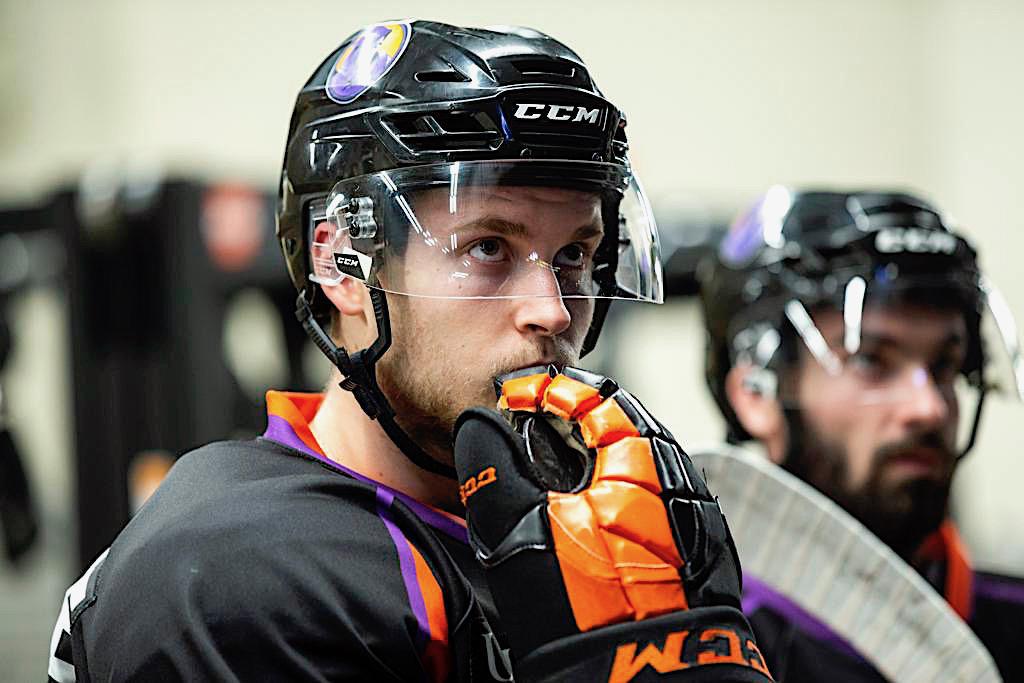