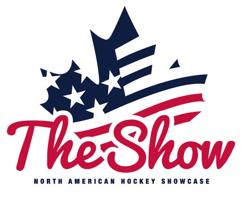 The North American Hockey Showcase...also known as The Show. Is a premier hockey event for Elite 2009 & 2010 birth year hockey players who will represent a specific Region or Province for a great week of hockey. Each organization chosen by The Show will select players from their Region or Province on first-hand knowledge or a tryout.

The event will be held in the State of Hockey - Minnesota - at Bloomington Ice Garden in Bloomington, MN. Festivities begin  July 12th and will conclude July 17th, 2021 on Championship Saturday. For more information about The Show, Click Here.

All games will be streamed live on Youth Hockey Hub (www.YouthHockeyHub.Com) and professionally announced and covered by their crew of writers and broadcasters.

2009 Semifinals set the stage for an explosive Championship Friday.

Quarterfinals kick off in Minneapolis as teams begin to separate on tournament's third day.

The 2021 Show gets underway with Media Day and handful of games in Minneapolis and Bloomington.