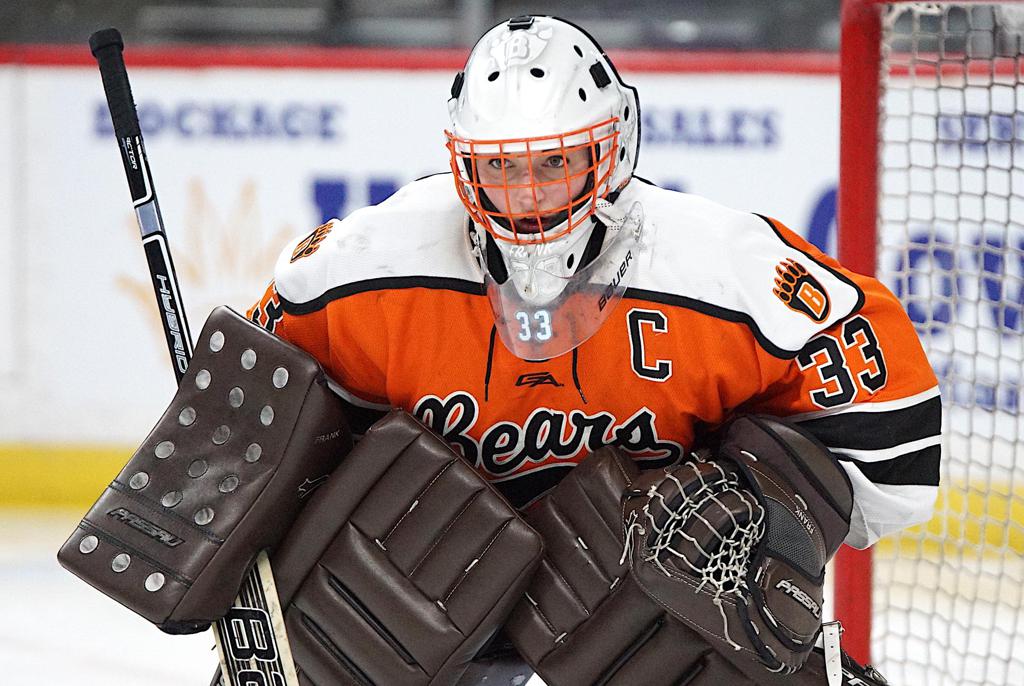 2019 Goaltender of the Year Calla Frank is one of the several pieces White Bear Lake will need to replace for the 2019-2020 season.

One of the first players from the White Bear Lake girls hockey program to play at a Division I program, Union, Shorey doesn’t just replace an outgoing coach.

Shorey will take over for Jerry Kwapick, who coached Shorey as a 12U, 14U, and high school player in the Bears’ system. Kwapick’s daughters were Shorey’s friends. Kwapick has watched Shorey grow from a youth player learning to skate backwards to the new head coach in the city of lakes and legends.

“I was never not around or in their house,” Shorey said over coffee just before MEA weekend about her attachment to the Kwapick family. “Jerry can probably tell a hundred stories about me. I sat down with him and had coffee before I applied for (the White Bear Lake) job because I wanted to know what the program was like,” Shorey said.

In their conversation, Kwapick remained generally positive about the future of the Bears, but the enrollment (and scoring) numbers going into 2019-2020 are less rosy and have been since Shorey aged-out of the program.

“My senior year, we won twenty-one, twenty-two games, to a couple of years later they had three wins,” Shorey mused. “Since I left, I don’t think they’ve ever been above fifteen or sixteen wins in a season.”

A surprise run to the Class 2A State Tournament last season should have set the Bears on a course to resurgence, but the losses to graduation give Shorey a roster short on proven talent and long on youth.

“Part of the reason, in my opinion, that this is the best time to take over the program,” Shorey said. “We’re in a really unique spot right now.” 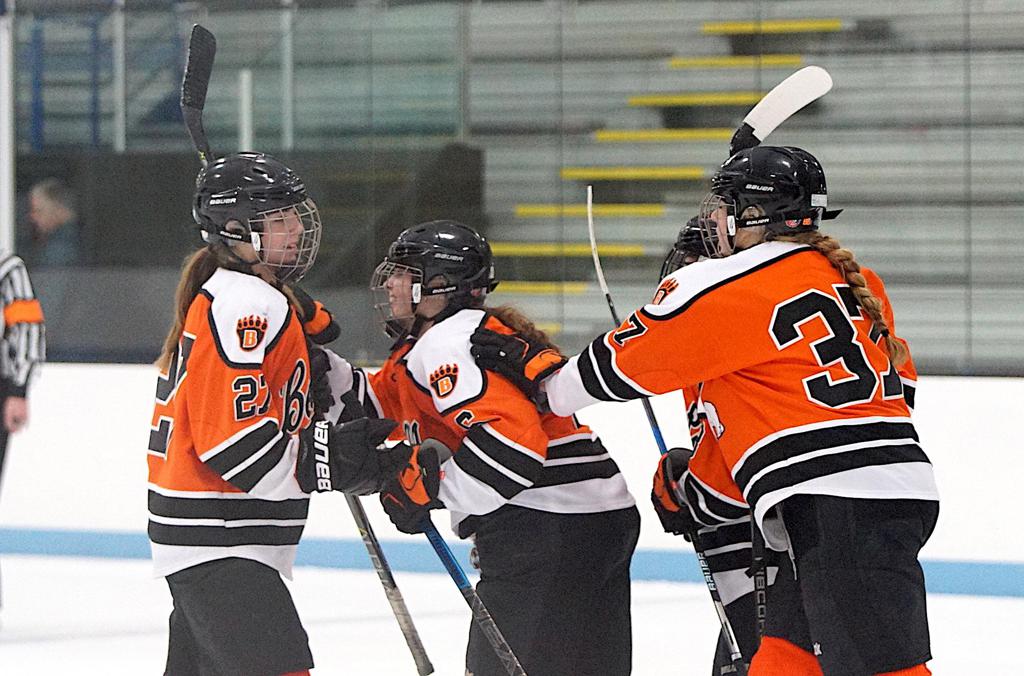 Shorey’s been in this situation before. She took over the Robbinsdale Armstrong/Cooper varsity team after one season coaching the association’s 15U squad and had to get creative with some of her lineups.

“My older kids played “A” growing up (in my first season), but when I left some of those kids that were in my ninth and tenth grade classes had played “B” hockey their entire lives, and then they’re playing varsity hockey against the Maple Grove’s and the Centennial’s,” Shorey explained. “A lot of my focus was to get the youth program to challenge themselves more.”

Despite the shortages of experienced veterans, Shorey’s excited at the prospect of giving her players several different positions to fill.

“Looking at our senior class right now and our junior class, some of those kids have never gotten to be on a power play or penalty kill,” Shorey said. “They’re perfectly capable of it and have just never gotten the opportunity.”

Spending ample practice time on the power play is a direct inversion of her philosophy when she took over in Robbinsdale.

“One of my biggest regrets from my first year at Armstrong/Cooper (was that) I just focused on d-zone so much and being disciplined on the penalty kill,” Shorey said. “We couldn’t score a goal, because that’s all they ever thought about.”

With just two players, senior Sophie Verkerke and junior Rylie Dawe, who scored four or more goals last year for the Bears, offensive emphasis might not be enough to out-gun a quality conference and section. Forest Lake remains the best team in the Suburban East, while perennial power Hill-Murray maintains the edge in Section 4-2A. 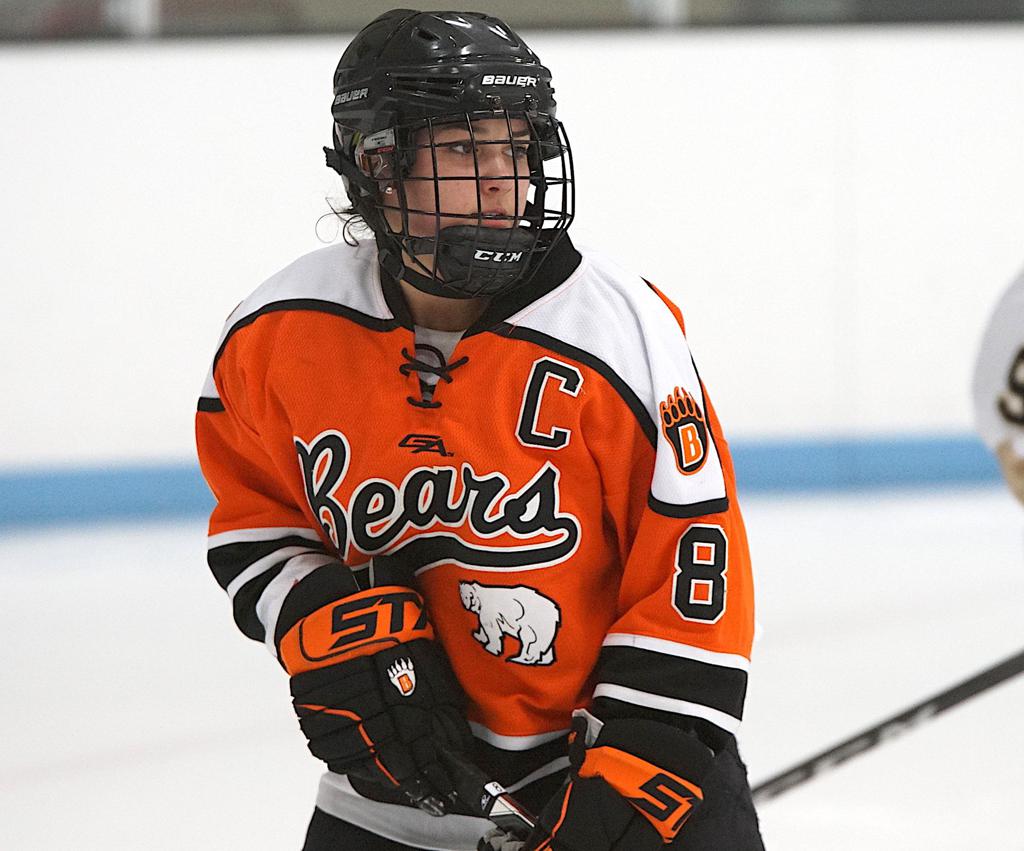 Like all programs that have lost what the Bears have to graduation and don’t have the pipeline that some programs do, the rebuild must begin at the youngest levels.

“Last night, I was on the ice with our 10U’s and the 12U’s,” Shorey said. “A lot of those parents and a lot of those kids are very serious about hockey. I don’t have to lift a finger to make them want to go to the rink.”

The enthusiasm may be there, but those 10U’s and 12U’s are still years away from suiting up for the high school team. For now, Shorey will turn her attention to the group in front of her, a set if players she believes were better last season than their record indicated.

“I think this year will be a good year for us, but then the next couple of years are going to (include) kids being pushed into roles…that three years ago, they wouldn’t have.”

New roles mean growing pains and maybe fewer wins than desired for teams, another facet of program-building that Shorey is already prepared to undertake.

“You want a whole program that contributes, and I think finding that balance and getting every kid to have a role, that matters more than your record.”