Box scores, pictures, and scoring leaders from the first day of the 2020 Founder's Cup in Rochester. 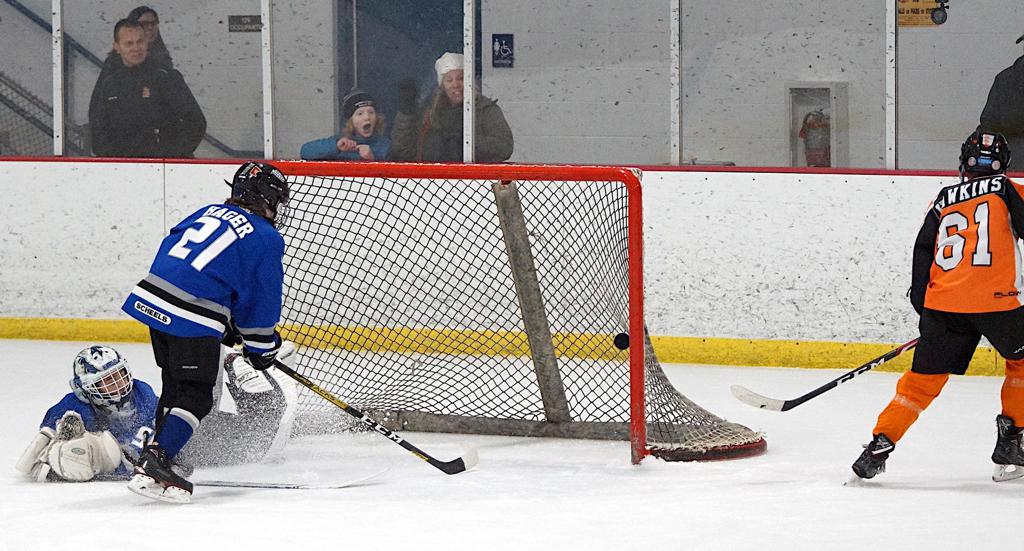 Jevin Hawkins scores the game-winning goal in overtime to lift St. Louis Park to an 8-7 win over Fargo Freeze Black.

What year is it?

A glance at the Red Bracket of the 2020 Founder's Cup could give hockey fans a glimpse back into the mid-1990s and the early 2000s.

Bloomington Jefferson and Roseville, former boys' hockey powers at the turn of the millennium, have both advanced to the winner's bracket with strong showings on Friday, as the Raiders defeated Minneapolis 4-2 and the Jaguars downed Orono's Peewee A team 5-1 and then upset Rochester Peewee AA 5-2 to secure their place in the top eight.

Roseville will face Woodbury in the quarterfinals, with the Predators handing Chaska-Chanhassen Peewee A an 8-0 loss behind a three-goal, four-point performance by Brock Alberts. Bloomington Jefferson draws Shakopee on Saturday morning after the Sabres breezed past Lakeville South 7-1. Cooper Simpson, Jacob Lee, Cole Bumgarner, Nate Pederson, and Kyle Krenik all tallied two points for the Sabres in the win.

Mahtomedi and Rosemount square off in the quarterfinals, albeit taking different routes to the elite eight. The Zephyrs blanked Sartell 3-0, powered by two goals from Bode Sampair, while the Irish trounced Rochester Peewee A 7-0. Cade Sherman paced Rosemount with two goals and four points.

St. Louis Park emerged from the most exciting game of the day for a spot in the quarterfinals, slipping past Fargo Freeze Black 8-7 in overtime. The Orioles erased a 7-6 deficit to force the extra session before Jevin Hawkins converted a two-on-one chance with an assist to Poul Andersen. The Orioles draw Orono Peewee AA, which held on for a 5-3 win over Faribault to cap the evening. Five players notched goals for the Spartans in the win. 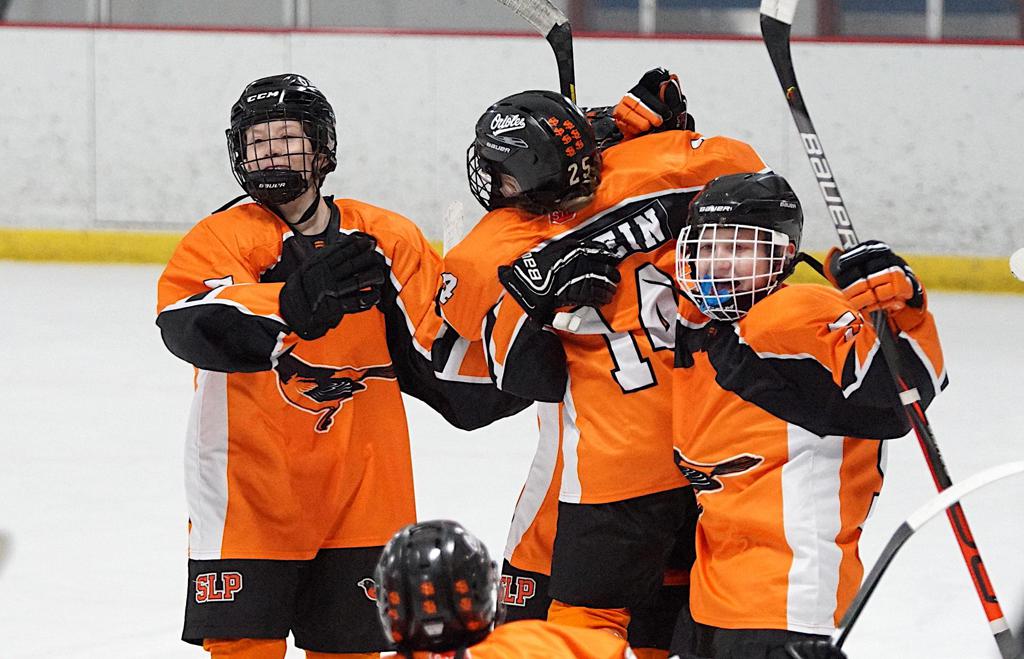