For Chisago Lakes, it's all in the family

For one night in January, a single family tree took over the Chisago Lakes starting lineup. 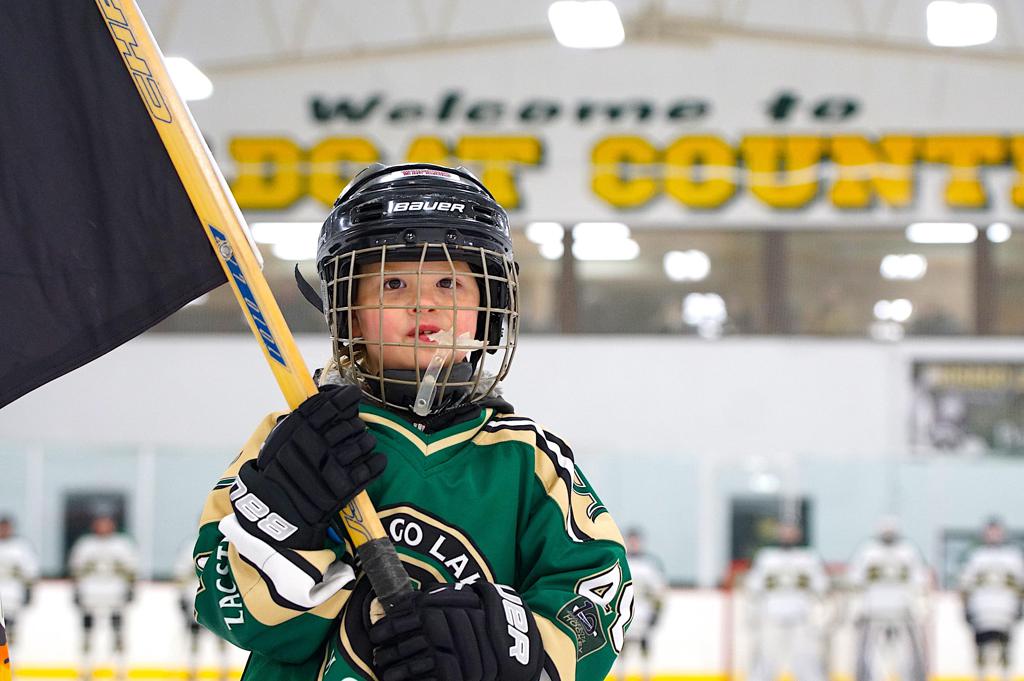 Rose Devries carried the Chisago Lakes girls' hockey flag on Jan. 7 while her four sisters and cousin were introduced as the starting lineup. 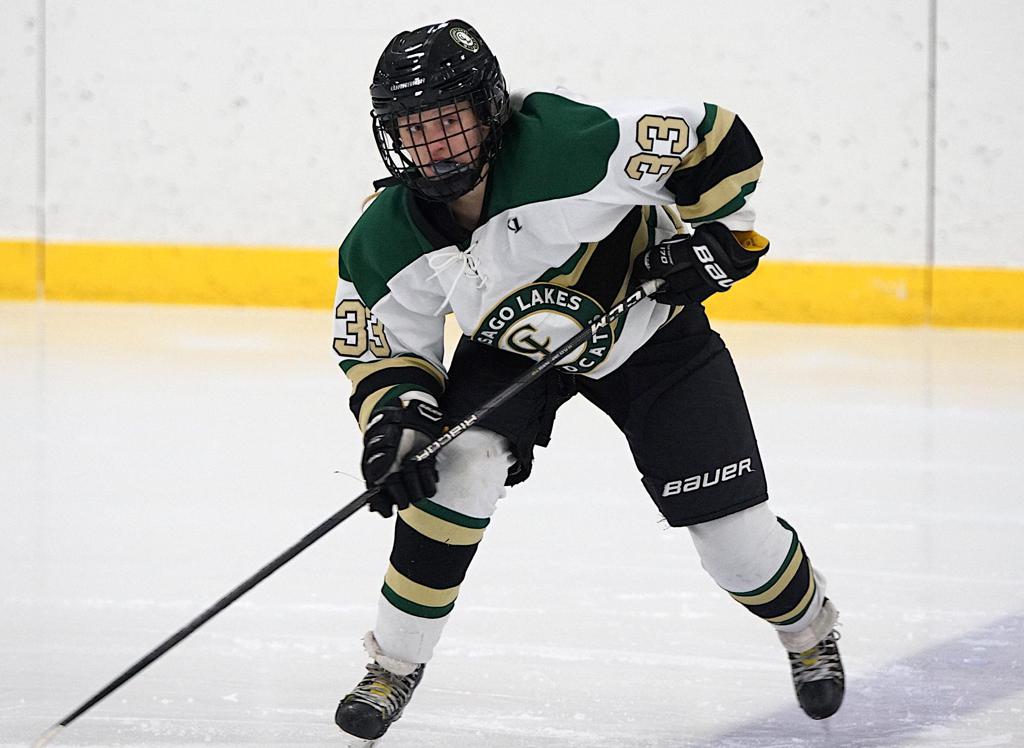 Nora Devries has been a mainstay on the blue line this season for Chisago Lakes.

Rose Devries, age six, stands on the black rubber floor equidistant from the locker rooms at the Chisago Lakes Ice Arena and the gate leading to the ice. She’s in skates, a green-and-gold Wildcat jersey, and a black helmet. Her sisters and Wildcat varsity mainstays Claire, Grace, Laine, Nora, and cousin Malia Mckinnon linger behind Rose, farther down the hallway that houses the locker rooms.

Rose’s skates click with each step as she paces near the boards. She’s tonight’s flag-bearer, the first one to grace the ice, carrying the Wildcats’ banner, and she’s fully suited 45 minutes before her scheduled entrance.

A Devries girl anxiously waiting to take the ice is a tradition in the patch of land an hour north of the Twin Cities.

“They’re great teammates,” Chisago Lakes coach Dave Burgen said of the Devries/Mckinnon contingent. “They’re encouraging to one another. They’ve helped our program out a ton, simply from a numbers perspective, but more importantly from a (being) good people perspective,” Burgen continued.

Burgen would know, considering during his long tenure with the Chisago Lakes girls youth program, he’s worked with virtually the entire family.

On Jan. 7, Burgen orchestrated a nod to the family’s contributions to the program by naming all four Devries sisters and cousin Malia as starters for the Wildcats’ game against St. Francis/North Branch. 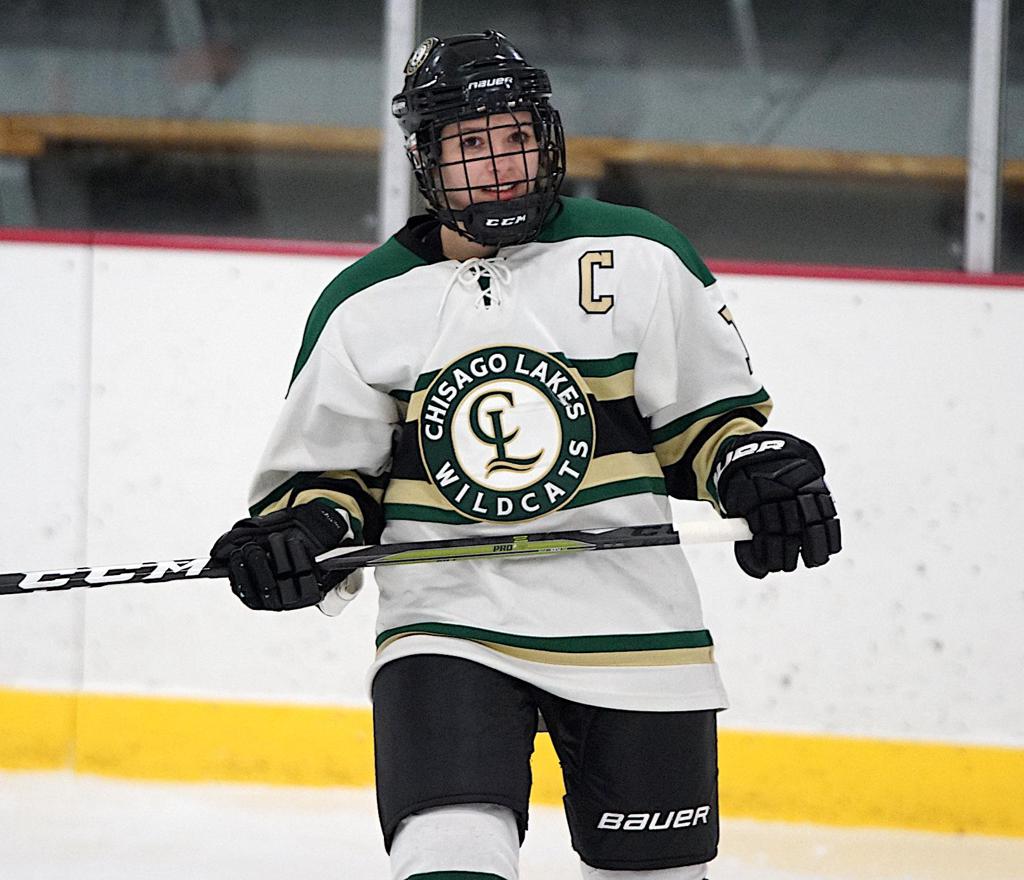 Senior Claire Devries is a team captain for the Wildcats. She will play at Williams College (MA) next season.

The gesture was far more than pageantry. Families like the Devrieses and Mckinnons are the glue of small towns, even more so for small-town sports teams.

Sibling matriarch Claire, one of three seniors on the Wildcat roster, said there’s not much pressure being the oldest, outside of driving the squadron to practice in Jeep affectionately dubbed “Jeremy.”

“The only pressure for me is trying to be a good example for my sisters and be a person they can look up to that works hard and has a good attitude,” Claire said.

As a team captain, Claire said that her example-setting dues extend the team as well, where the bond between the sisters and cousin helps tie the rest of the girls together.

“I think our teammates see (our closeness) too, and they gravitate towards us,” Claire said. “Our whole team, we’re like a big family, too.” 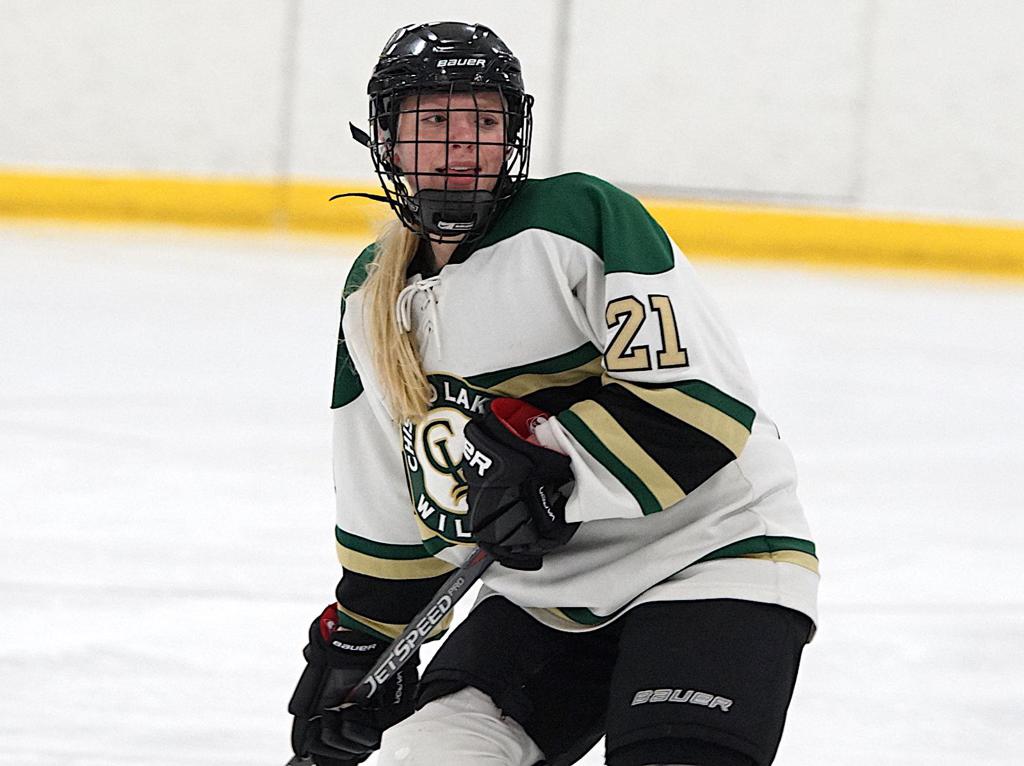 Grace Devries is a junior defender for the Wildcats.

Like all families, the Devries and Mckinnon clan has its disagreements, with tempers burning hottest on the backyard rink at the Devries home.

“I love playing against them,” Claire said of the intrafamily battles. “Sometimes it gets little intense, and we get angry,” Claire added with a chuckle, singling out junior defender Grace as the usual suspect when it comes to losing her cool.

“I’m definitely competitive,” Grace said. “I like to win against my sisters.”

The sister tag gets applied to Malia as well, who said she might as well be.

“I feel like I’m with them all the time at school and hockey,” Malia said. “And we play tennis and golf together, so we’re together all year round.” 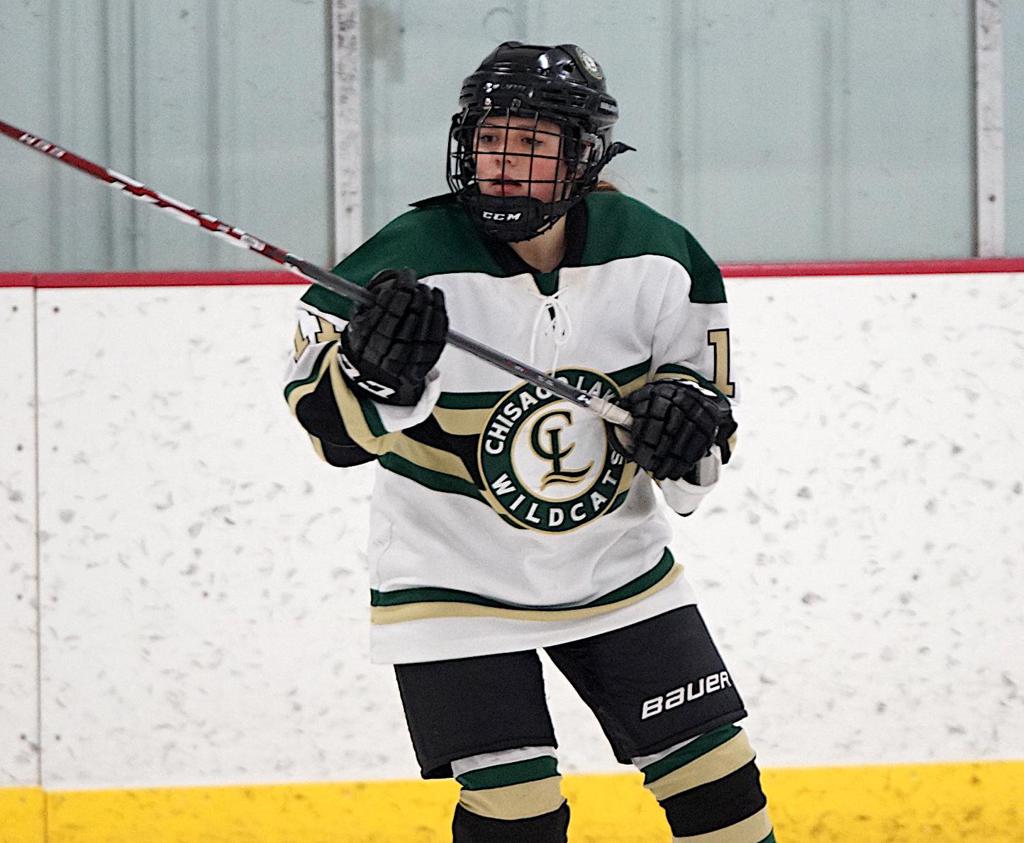 Malia Mckinnon may not be a Devries sister, but says she and the Devries girls are rarely seen separately.

As multi-talented as the family may be, Burgen says that it’s the girls’ contributions off the ice that help set them apart.

“The biggest thing I’d say is their leadership, and just how good they are to their teammates,” Burgen said.

“They’re great students,” Burgen says, pausing before concluding with the description that seems to describe the girls best. 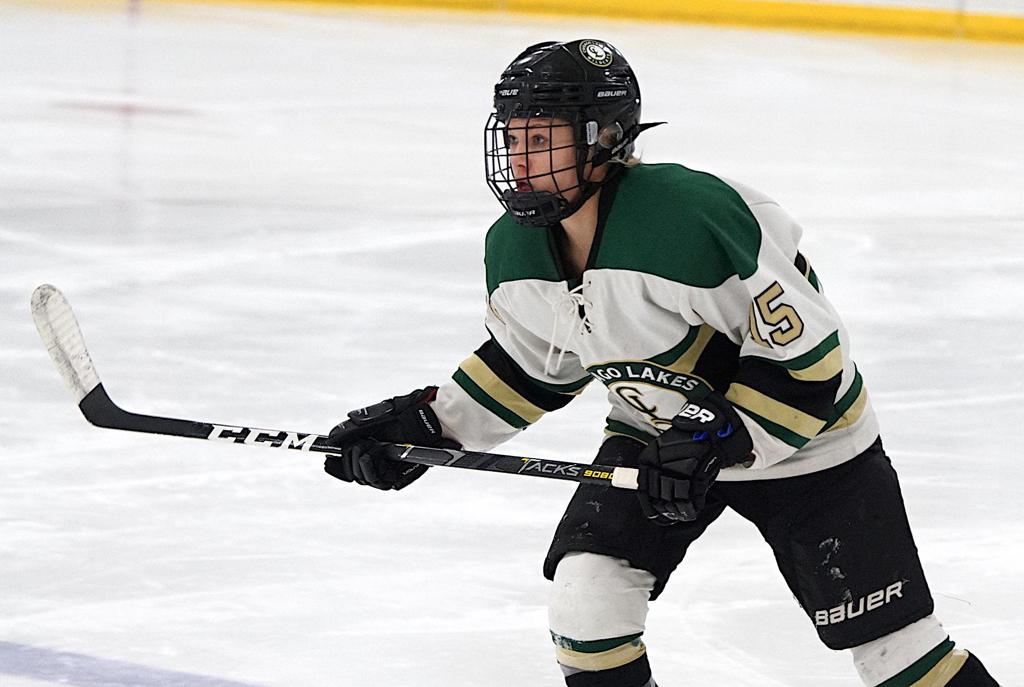 Laine Devries has totaled four goals and seven points this season for the Chisago Lakes varsity.