The Hornets netted three goals in the third period for a 5-1 win over Maple Grove, their 23rd straight victory. 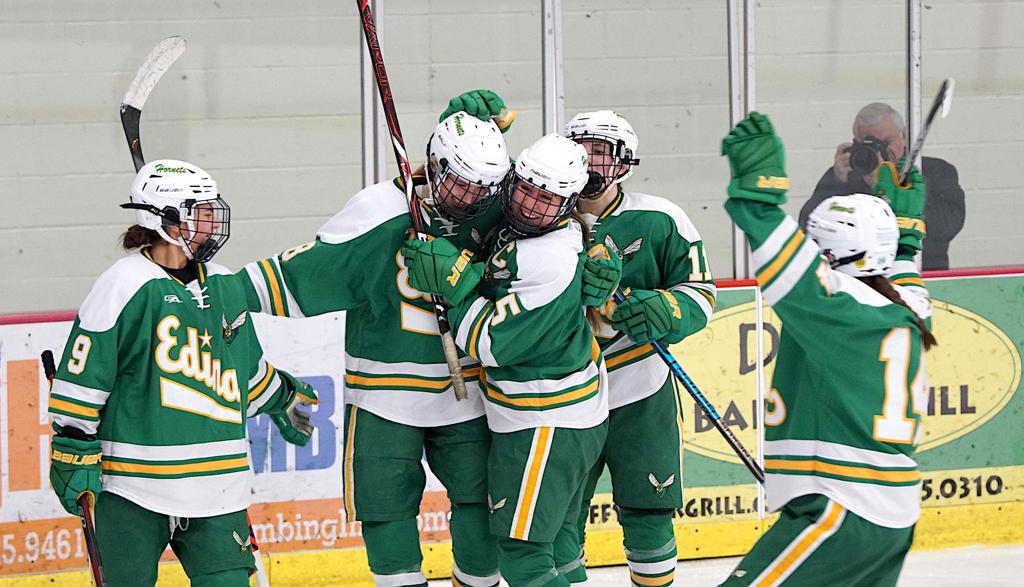 Edina's Hannah Chorske is mobbed by her teammates after scoring in Friday night's 5-1 win over Maple Grove.

In the late 1980s, the Detroit Pistons earned the nickname "Bad Boys," in part because of their physical play on the basketball court. The Pistons' system yielded three consecutive trips to the NBA Finals and back-to-back titles in 1989 and 1990 but fell in 1991 to Michael Jordan's Chicago Bulls.

On Friday night, the Edina girls' hockey team played the role of the Bulls, while Maple Grove embodied what the late-80's Pistons did best, bumping and bruising the Hornets throughout the game.

"Hats off to them," Edina coach Sami Reber said after pocketing a 5-1 win over the Crimson at the Maple Grove Community Center. "Physicality in any girls' game can really wear a team down," Reber continued. "You just gotta keep skating through it."

Skate thorough it the Hornets did, tallying two goals in the seconds and adding three in the third for their 23rd consecutive victory.

After a scoreless first, Edina junior forward Hannah Chorske kicked off the scoring in the second with a beautiful shot, followed by an Emma Conner goal off a centering pass in the Maple Grove slot. Between the goals, the Hornets (23-1) feasted on the long cross-ice passes attempted by the Crimson, turning the facility's Olympic-size rink into a paradise for transitional scoring chances.

"This is the first Olympic-sized rink we've played on all season, but I think it's to our advantage," Reber said. "We've got a lot of speed on this team, so if you give us more time and space, (we) can be a little lethal." 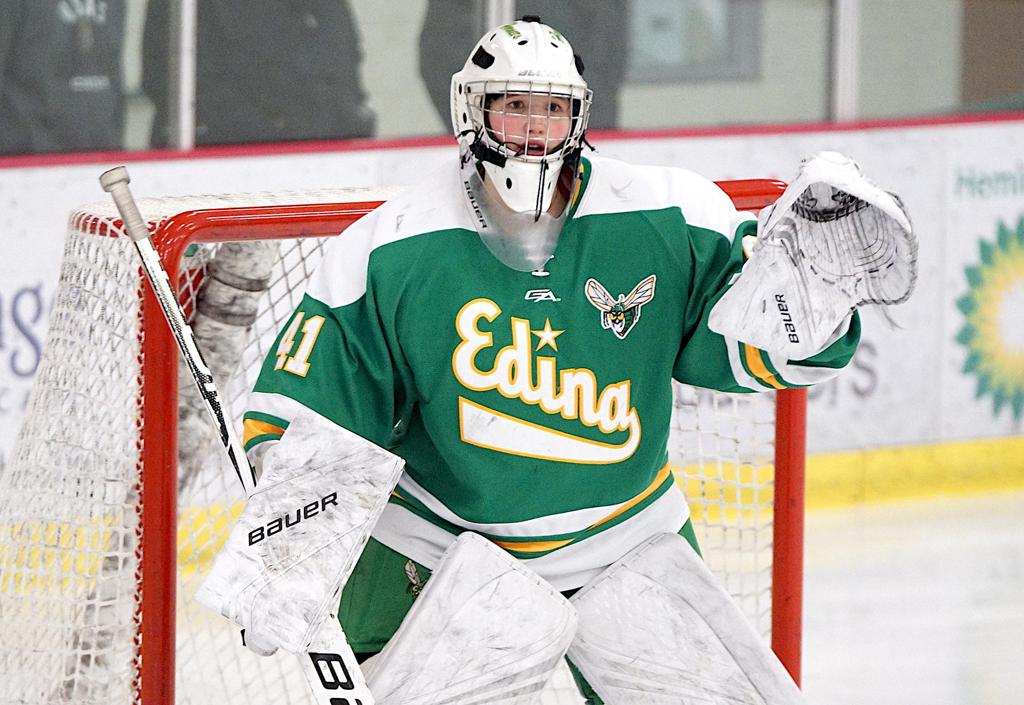 Edina goaltender Uma Corniea picked up her 20th win of the season after making 18 saves on Friday night.

Chorske, who's verbally committed to Harvard, scored the third goal of the game for the Hornets, sucking the energy out of the building after Lauren Stenslie put the Crimson (18-6-1) on the board and cut the Hornet lead to 2-1.

"She's gonna protect the puck differently than a five-(foot)-five player," Reber said of the five-foot-10 Chorske, who drove the Crimson defenders crazy with her long reach, which enabled her to hold the puck just out of range of their sticks. "She works on what works for her, and tonight it showed," Reber added.

Katie Davis and Conner extended the lead to the eventual final score of 5-1 for the Hornets, who are currently ranked No. 1 in the latest Youth Hockey Hub ratings. The win is the 17th of the season for the Hornets against an opponent that has spent time in either the Class 2A top-10 or Class 1A top-five.

For Reber, all the credit goes to her team's ability to adapt to the style of play.

"Every game's a big game against the toughest schedule in the state," Reber said. "You can't overlook anyone, and I'm really proud of the way they came out tonight." 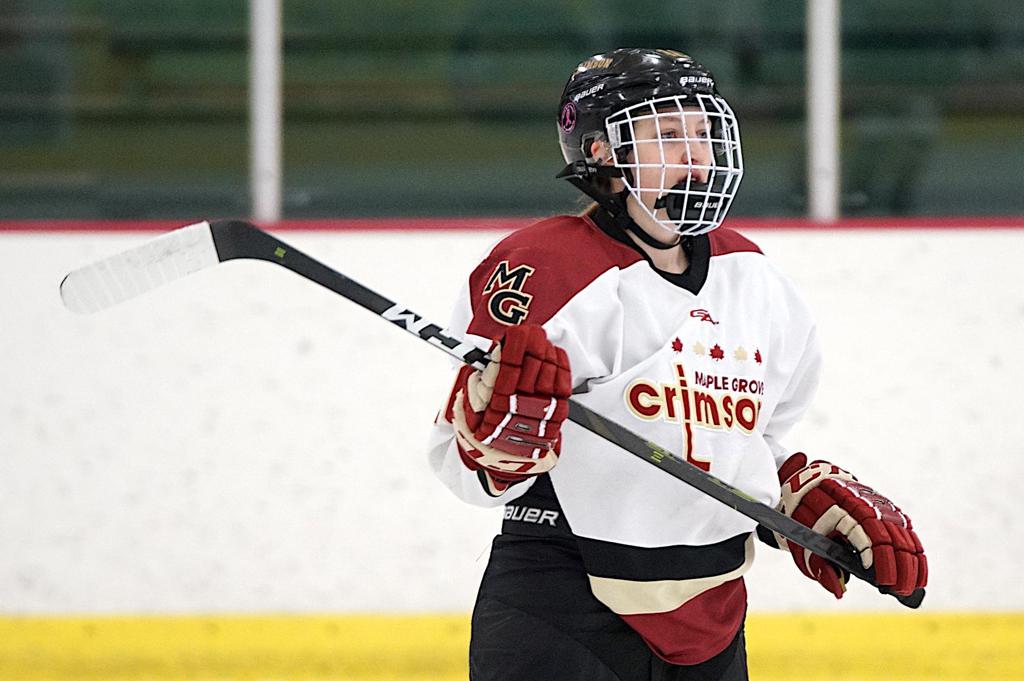 Lauren Stenslie scored the lone goal of the game for the Crimson against Edina.