The Warriors will make the journey to St. Paul for the first time since former star Brock Nelson captained the team. 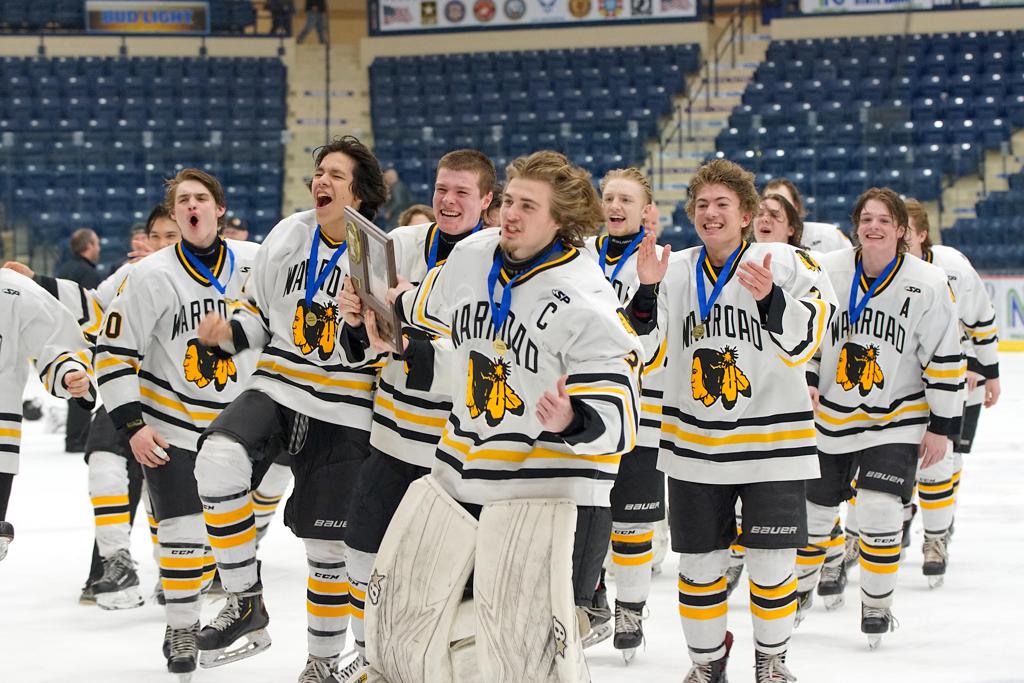 Warroad is headed back to the Class A State Tournament for the first time since 2010. 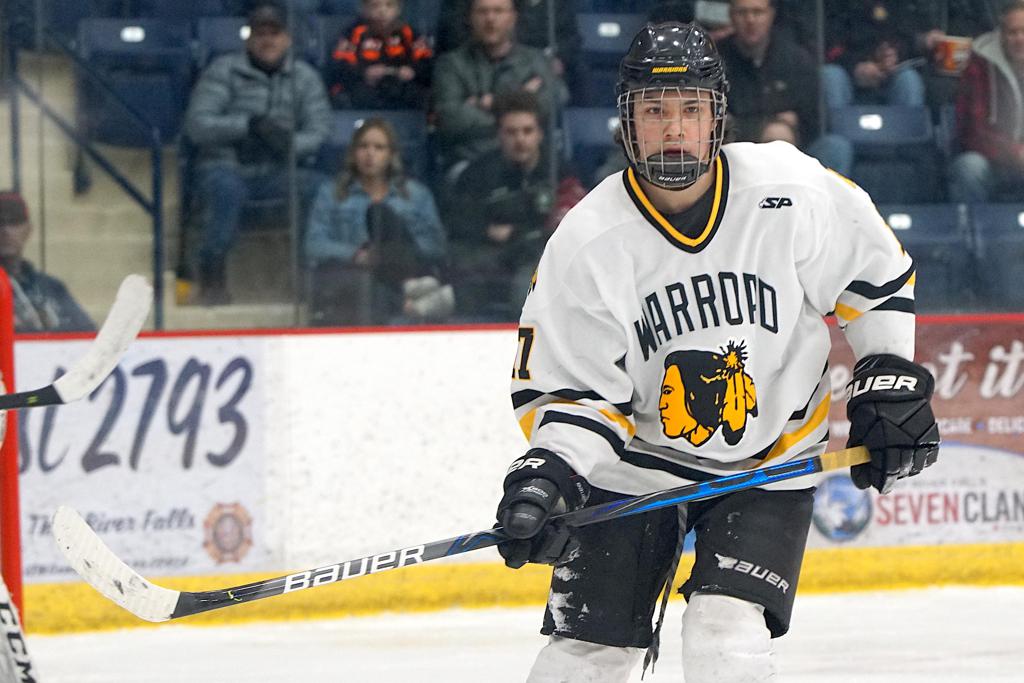 Over 850 miles north of Nelson’s loss, his alma mater thumped Section 8A rival East Grand Forks (22-5-1) 4-0 to earn its first trip to the Class A State Tournament since Nelson captained the team as a senior in 2010.

“You coach this long, and you start to wonder if it’ll ever be your turn,” Warroad coach Jay Hardwick said after the game. “It finally is.”

A scoreless and clunky first period befit a battle between two teams that had already faced each other twice this season, and the Warriors and Green Wave combined for just nine shots on goal. After freshman Jayson Shaugabay knocked home a pass from Grant Slukynsky midway through the second, the Warriors noticeably perked up both on the bench and on the ice.

“Once we got that first goal, it kind of gave us a little bit more energy,” Hardwick said. “We just took it to them after that.”

Shaugabay rifled a shot top-shelf to give the Warriors (26-2) their second goal of the game, and Slukynsky’s added back-breaking third tally early in the third period, coming in on a two-on-one and opting to shoot himself for the goal.

“(It feels like) everything an more than I ever thought it would be or hoped it would be,” Slukynsky said of the Warriors finally breaking through to St. Paul. “To win is just unbelievable, and we can’t wait to keep going.”

Chasing this moment was a key reason Slukynsky, a Mr. Hockey finalist with 34 goals and 89 points, returned for his senior year after showing well in seven games with the USHL’s Fargo Force this fall.

“Grant, he’s the straw that stirs our drink,” Hardwick said of the Northern Michigan commit. “He wanted this more than anybody,” Hardwick continued.

“He could’ve stayed in juniors, and he could’ve left this year, but he wanted to come back to go to a state tournament,” Hardwick said. 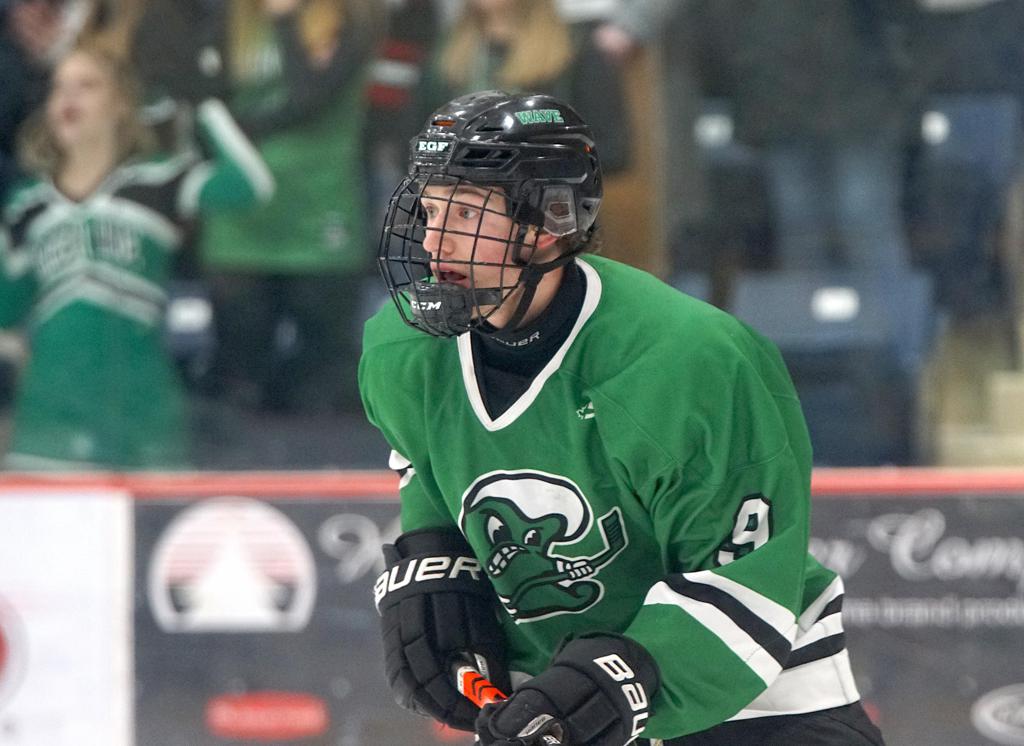