Ten Minnesota products that YHH believes will be drafted, plus 15 who should receive consideration.

Each year in early May, the United States Hockey League conducts its player drafts in two phases, Phase I and Phase II.

The Phase I Draft this season features players from the 2004 birth year who will be Under-17 athletes this coming season. Phase I of the draft lasts for 10 rounds and precedes the Phase II Draft, which includes all junior-hockey eligible players.

Minnesotans are typically and unsurprisingly hot commodities in the USHL drafts, with 28 players selected in last year’s Phase I portion. Some of the top 2004 birth year players are already crossed off the board, with seven area players already committed to playing for the National Team Development Program next season, and Hill-Murray star Nick Pierre tendered by Sioux City earlier this spring.

While team needs and drafting strategies vary throughout the league, here are 10 players that YHH believes will be selected on Monday based on their talent level and conversations with evaluators and league personnel. 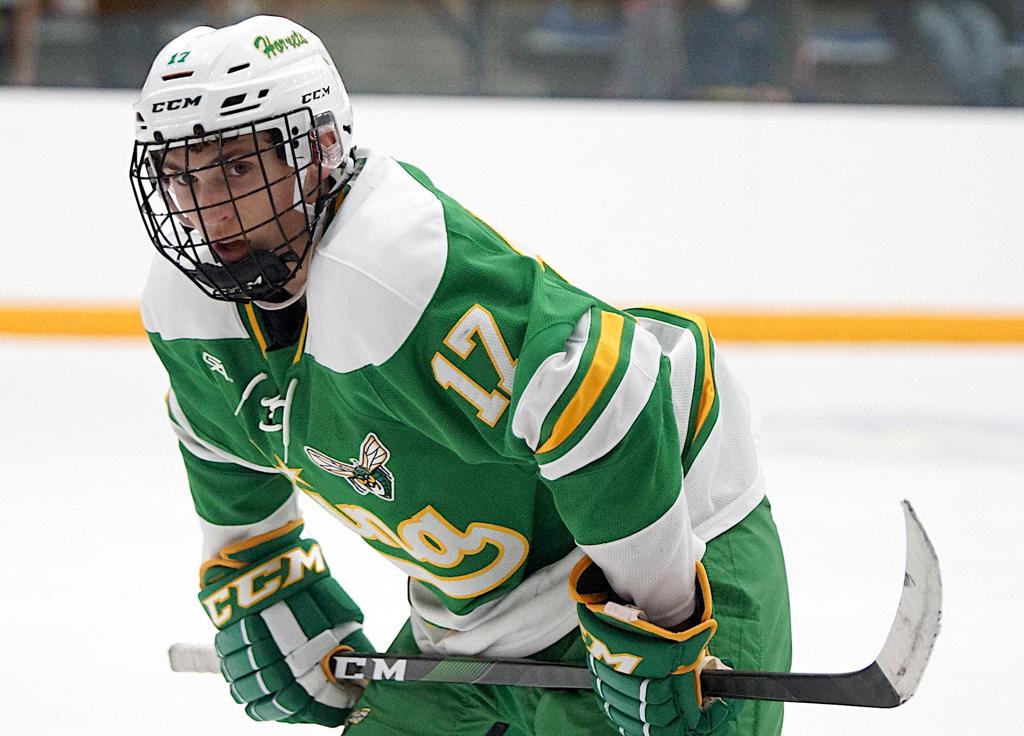 Ausmus has the total package with projectable skills in all three zones. The East Grand Forks sophomore defender has the size, speed, and puck skills to match the evolving role of a defenseman at the higher levels of the game. Verbally committed to North Dakota, Ausmus has totaled 16 goals and 55 points from the blue line in two seasons with the Green Wave varsity.

As Clark grows and adjusts to the game at a faster pace, his athleticism and pure hockey skill will pay dividends for a USHL club. The rare freshman to suit up for the vaunted Edina varsity netted 12 goals and 19 points in 26 games, with his best performance coming in the section quarterfinal against Lake Conference rival Wayzata. Clark scored a hat-trick and added an assist as the Hornets escaped with a 5-4 victory.

One of several standouts from Hill-Murray’s crop of underclassmen, Godbout has verbally committed to Wisconsin and totaled 13 goals and 28 points during the Pioneers’ run to the Class AA state title. Godbout scored twice in Hill-Murray’s 3-2 overtime victory over St. Thomas Academy in the state semifinals and was selected to the Wells Fargo All-Tournament Team. Godbout’s hockey sense and ability to find space on the ice are key elements of his arsenal.

A maestro with the puck on his stick, Gunderson opened to skate for the Maple Grove varsity as a freshman as opposed to joining a wildly talented Osseo-Maple Grove Bantam AA squad. In his first year of high school hockey, Gunderson tallied three goals and handed out 18 assists for 21 points, a solid showing for a first-year player against good competition. During 2019 Bantam Elite League play, Gunderson notched 20 goals and 42 points in 14 games, breaking the BEL scoring record previously held by NTDP standout Chaz Lucius.

One half of the Laylin duo on the St. Michael-Albertville roster, the younger brother of Luc Laylin is a crafty, skilled playmaker that racked up 38 assists for the Knights last season. While averaging nearly two points-per-game, Laylin showed a great deal of prowess on the power play, scoring a pair of goals and dishing out nine assists with the man-advantage. Laylin was held without a point in just three games last year. 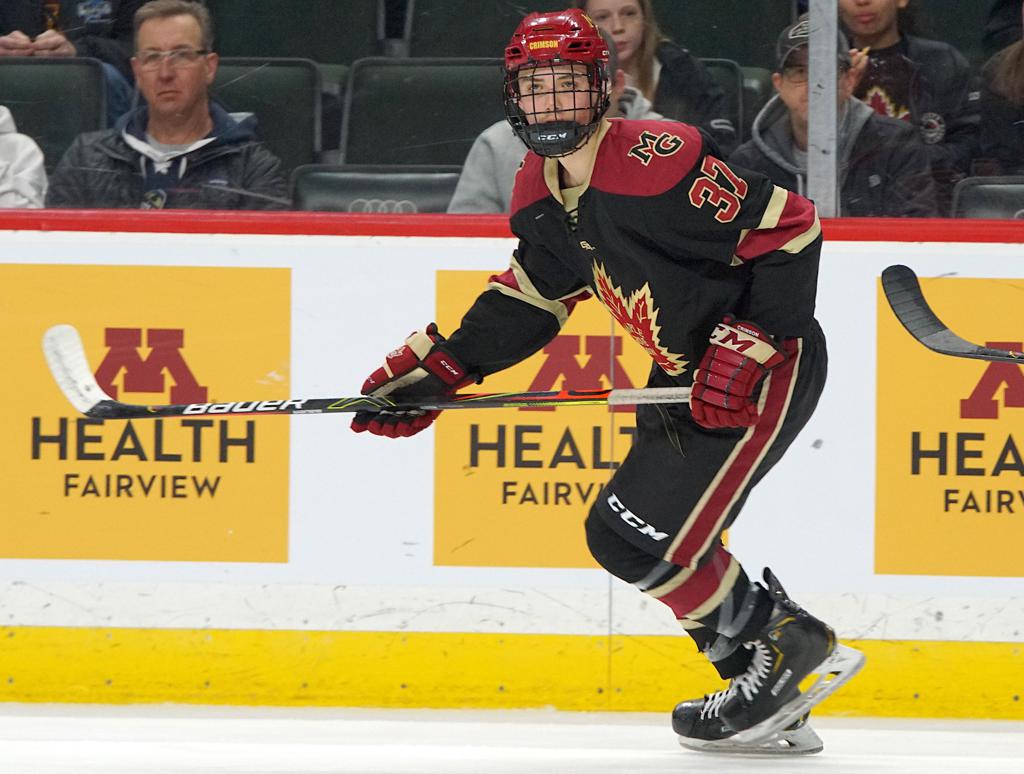 Verbally committed to Nebraska-Omaha, along with his older brother Griffin, Ludtke is another player that made the jump to high school hockey as a ninth-grader after a productive youth career in the Lakeville South system. Ludtke’s hands and skating are his calling cards, and both were put to good use during last spring’s World Selects Invitational. Skating for Northstar Elite, Ludtke tied for the team lead in scoring with a goal and three assists against some of the world’s best competition.

Manz has long been considered one of the top goaltenders in the 2004 age group, and the Spring Lake Park native has done nothing to dissuade scouts of that praise since he moved on to Shattuck-St. Mary’s this past season. After going 6-0 with a goals-against-average 1.64 and a save percentage of .947 during the Bantam Elite League’s 2018 season, Manz posted a record of 17-4-2 for the Sabres with a GAA of 1.92, and a save percentage of .915.

A rangy forward with good reach and a never-ending motor, Panzer established himself as a top-six standout for the East Grand Forks varsity this season, totaling 19 goals and 34 points while helping the Green Wave to the Class A, Section 8 finals. Son of former North Dakota Jeff Panzer, Jaksen is verbally committed to the Fighting Hawks, making him a vital piece of a young trio, including Trey Ausmus and NTDP-bound Cole Spicer, that have verbally pledged to North Dakota.

Plante is one of the most complete hockey players in the draft, combining off-the-charts effort with a knack for (almost) always knowing where to be on the ice and where the puck is going. The Hermantown native has produced at every level he’s competed, including ranking near the top of the scoring charts during 2019 Bantam Elite League play. Skating for the northern-based North Stars, Plante notched 11 goals and 25 points in 14 games.

Capable of anchoring a top line or playing man-to-man on the opposing team’s top skater as a grinder, Thoreson can fill a variety of roles on the ice. Thoreson helped the aforementioned Landen Gunderson reach his gaudy point total during Bantam Elite League play during the summer of 2019 and recorded 19 goals and 34 points in 14 games for the BEL’s Kings. 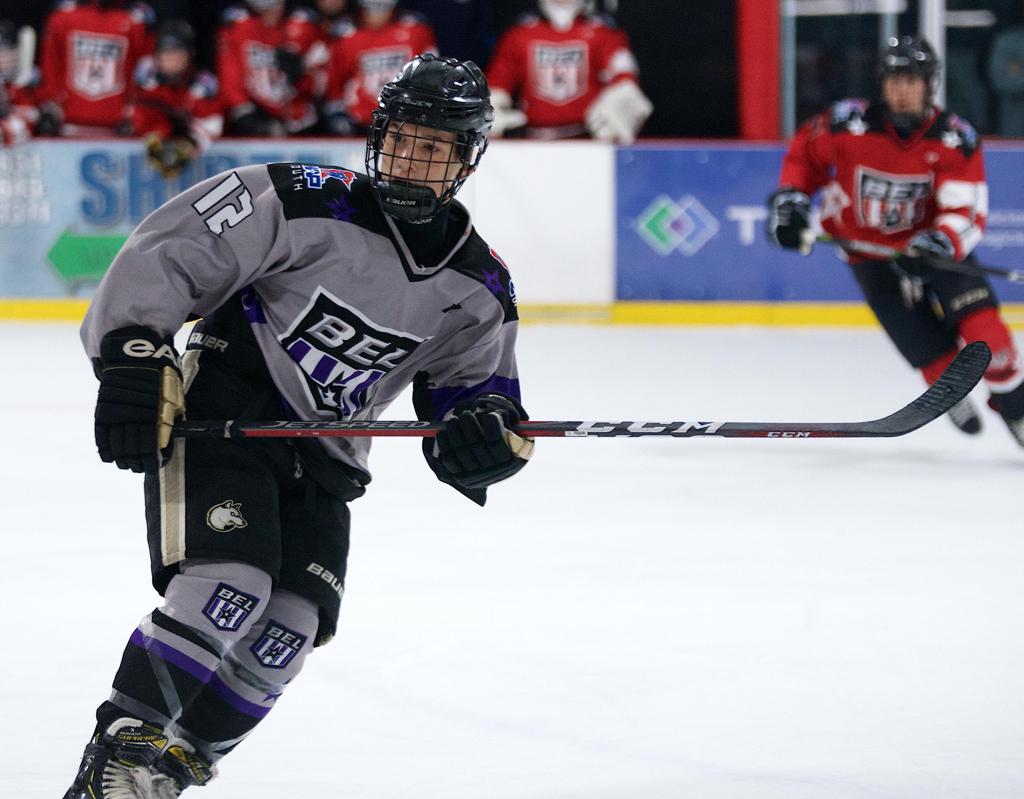 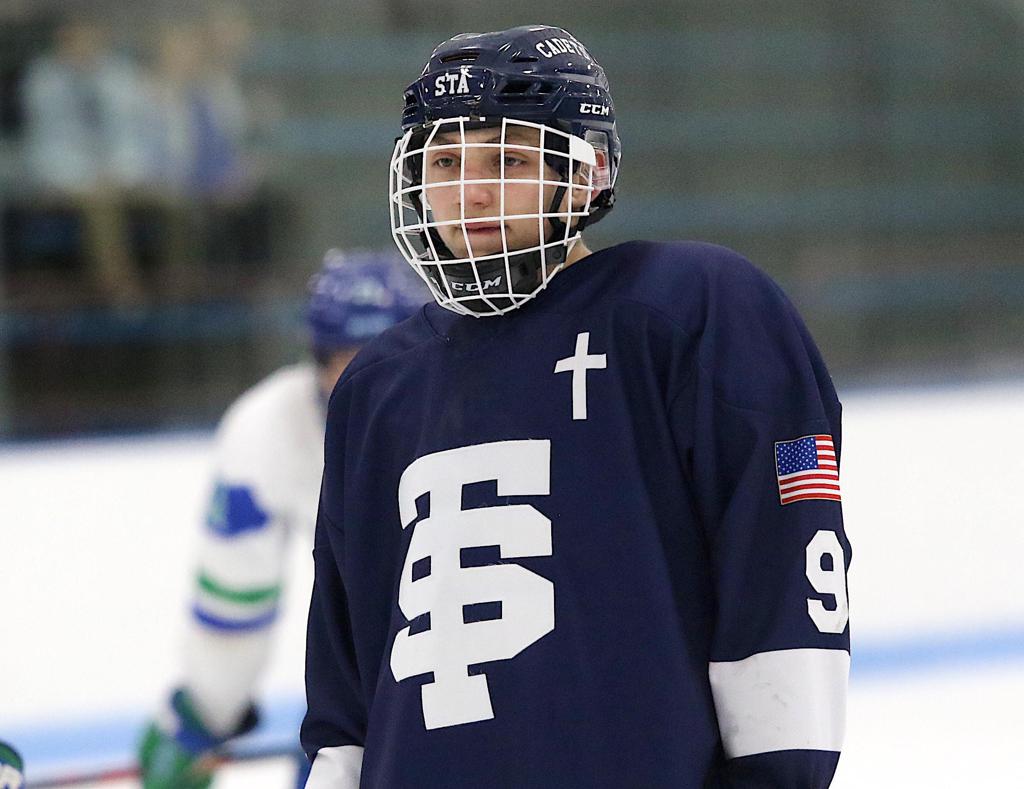