Each week, YHH will offer five GHS or BHS teams that may be outside the rankings, but are worth keeping an eye on as the season progresses. 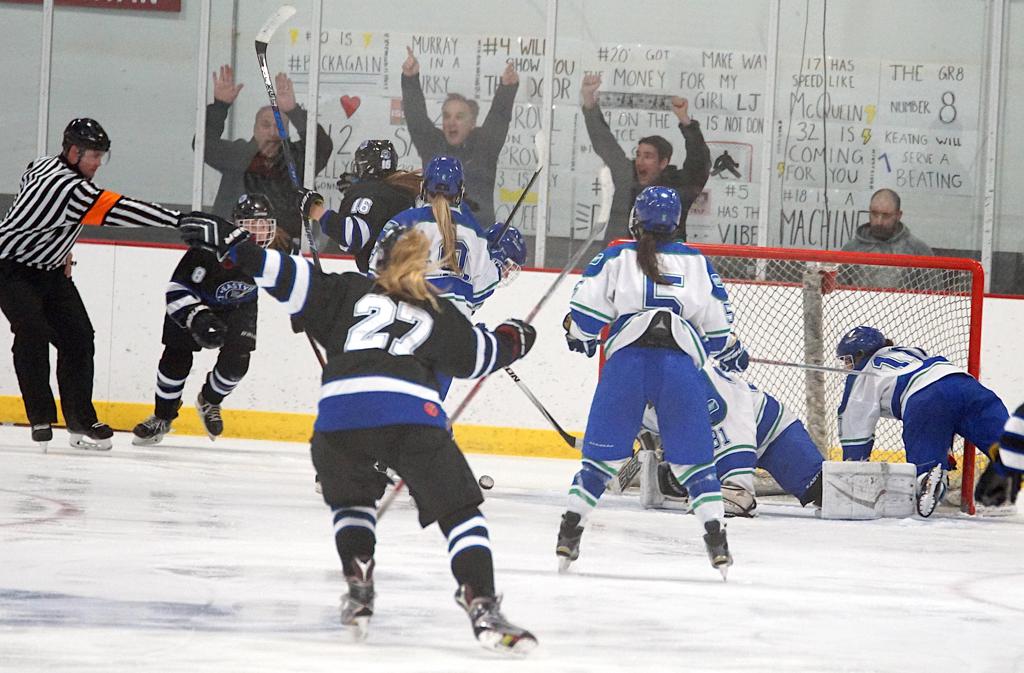 Eastview's Mikayla Kelley (16) celebrates after scoring earlier in her Lightning career. Now a senior, Kelley is the leading scorer for the Lightning.

Losses to Grand Rapids/Greenway and Section 7-1A rival Proctor-Hermantown are the only blemishes on the Duluth Marshall’s resume this season, and the Hilltoppers have scored seven or more goals in five of their seven victories.

Leading that hit parade is sophomore forward Meredith Boettcher (11 goals, 10 assists, 21 points), a varsity contributor since her seventh-grade year. Tied with Boettcher atop the Duluth Marshall scoring list is senior defender and Union College commit Maren Friday (11-10-21). Like Boettcher, senior defender Maren Friday began her career as a seventh-grader with the Hilltoppers, and has totaled 65 goals and 133 points to date in her career. Boettcher, Friday, and freshman forward Ilsa Lindaman (9-10-19) are three key reasons why the Duluth Marshall power play is humming along at a 38.5% clip this season.

While Proctor-Hermantown is rightfully considered the favorite in this section, if the Hilltoppers can make the most of their power play chances and get a stellar game out of senior goaltender Chelsea Prior (1.14 goals-against-average, .922 save percentage, four shutouts), they could make the Mirage dissipate.

Eastview’s Section 3-2A has been one of the most entertaining postseason destinations for the last half-decade, with four different teams winning the section over the previous five seasons. The last trip to the Xcel Energy Center came in 2017 for the Lightning, who are living up to its black-and-blue color scheme in the slug-it-out South Suburban Conference.

Senior forward Mikayla Kelley leads the Lightning in scoring with six goals and 17 points, with junior forward and Yale verbal commit Avery Chesek just behind her with 11 goals and 16 points. Goaltender Angie Lombardi has some of the best numbers in the South Suburban, posting a .929 save percentage and a pair of shutouts.

Both of the Lightning losses have been by a single goal, falling 4-3 in overtime against an underrated Rosemount team and losing 1-0 to Farmington.

What a difference a month makes.

After losing to Stillwater 8-1 on Jan. 14 in the opening game of the abbreviated 2020-2021 season, the Rangers have rattled off eight victories, winning half of those games by a single goal, a trait that could pay dividends in the postseason.

The Rangers have found their mojo with the offense running through senior defender and Colgate commit Rachel Golnitz (7-9-16), long thought of as one of the top American defenders in her age group. Sophomore forward Malia Mackinnon (4-7-11) combines a high motor with solid speed, while senior forward Kate Stanius has been a steady produced with six goals and 10 points.

Goaltenders Adria Haley and Donnelle Decker have rotated evenly through the season’s first 10 games, with Haley posting a GAA of 2.05 and a save percentage of .918, whole Decker has recorded the Rangers’ only shutout of the season. 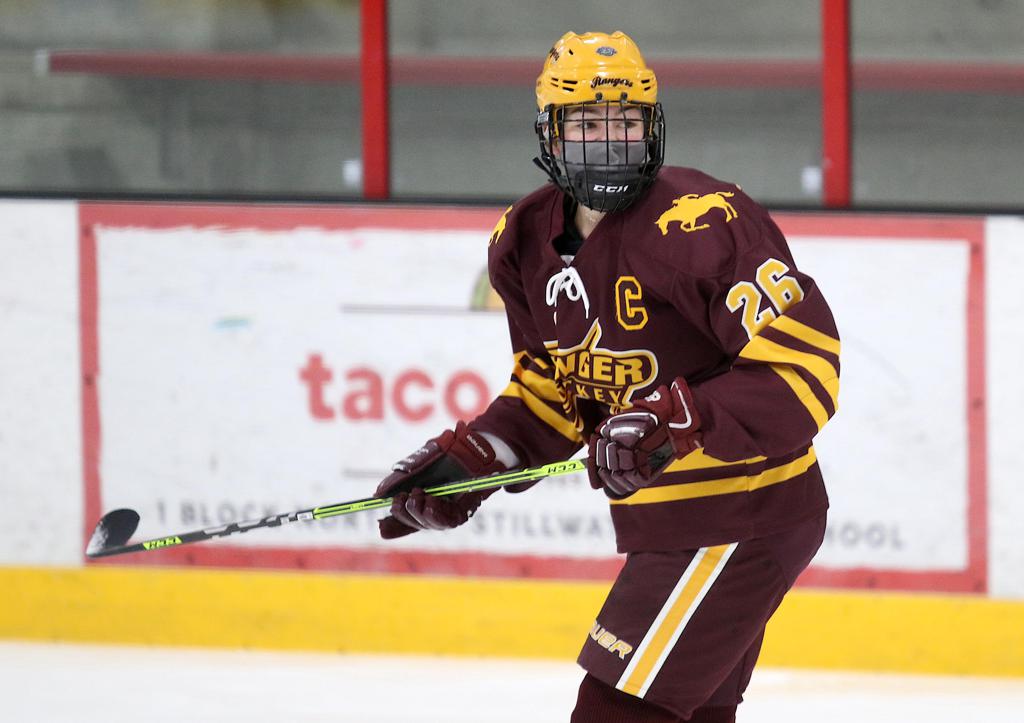 Last week’s 19-0 win over Visitation aside, the Spartans have a young, dynamic lineup that can score in bunches and is capable of making some noise during the Section 5-1A playoffs.

The two losses suffered by the Spartans this season have come against No. 4-1A Breck and Mound Westonka, which has spent some time in the Class 1A top-five. The Spartans also tied preseason top-10 team Holy Family Catholic in the first game of the season.

Five Spartans have recorded 10 or more points, led by junior forward Iyla Ryskamp (10-3-13) and freshman forward Kaeli Koopman (3-9-12). Having a freshman as one of Orono’s top-two leading scorers should come as a surprise to no one, considering the Spartans have four freshmen, four eighth-graders, and one seventh-grade on their varsity roster.

Willmar is currently tied with River Lakes for first place in the Central Lakes Conference, but the Cardinals have the edge after defeating the Stars 3-2 last Tuesday.

The Cardinals returned two of their three leading scorers from last year's Class 1A State Tournament team, and Bailey Olson and Madison Garberding have not disappointed in 2021. Olson ranks as one of the state's leading scorers with 18 goals and 30 points, while Garberding paces the team with 12 assists and is second to Olson with 18 total points.

Now in her sixth varsity season, Olson has tallied 103 goals and 196 points during her career, and will almost certainly surpass 200 by the end of the 2021 regular season.

Willmar understands that being the favorite in your section means the prudent move is to load your nonconference schedule with high-quality opponents. The Cardinals have followed through, adding Class 2A power Minnetonka and a rising Roseville team that could contend for a top-four seed in the Section 4-2A playoffs. Though the Cardinals lost against the Skippers and Raiders, they are likely a better team for having faced such stiff competition. 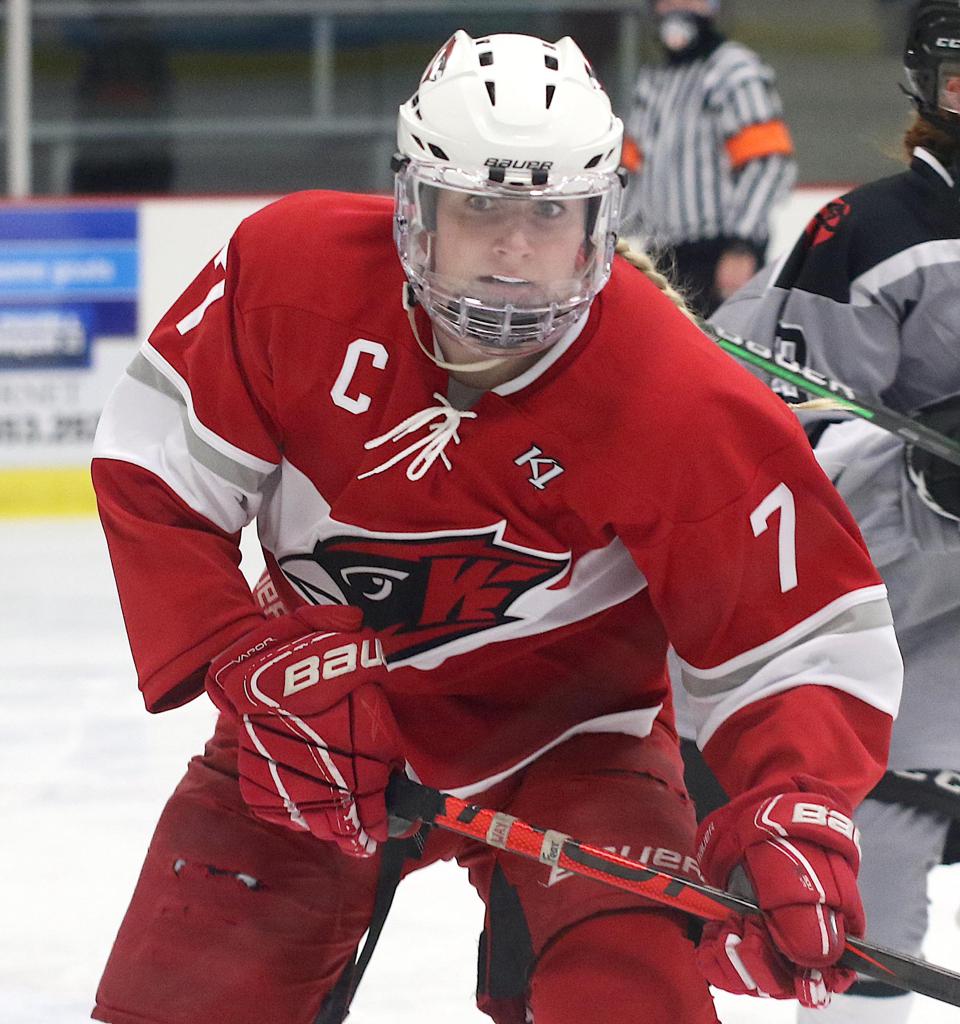 Willmar's Bailey Olson is on the brink of surpassing 200 career points as of Feb. 18.