2021 Bantam Player of the Year Finalists

Finalists from all over the state are in the running for the annual Youth Hockey Hub Bantam Player of the Year Award.

When doing your best gets noticed 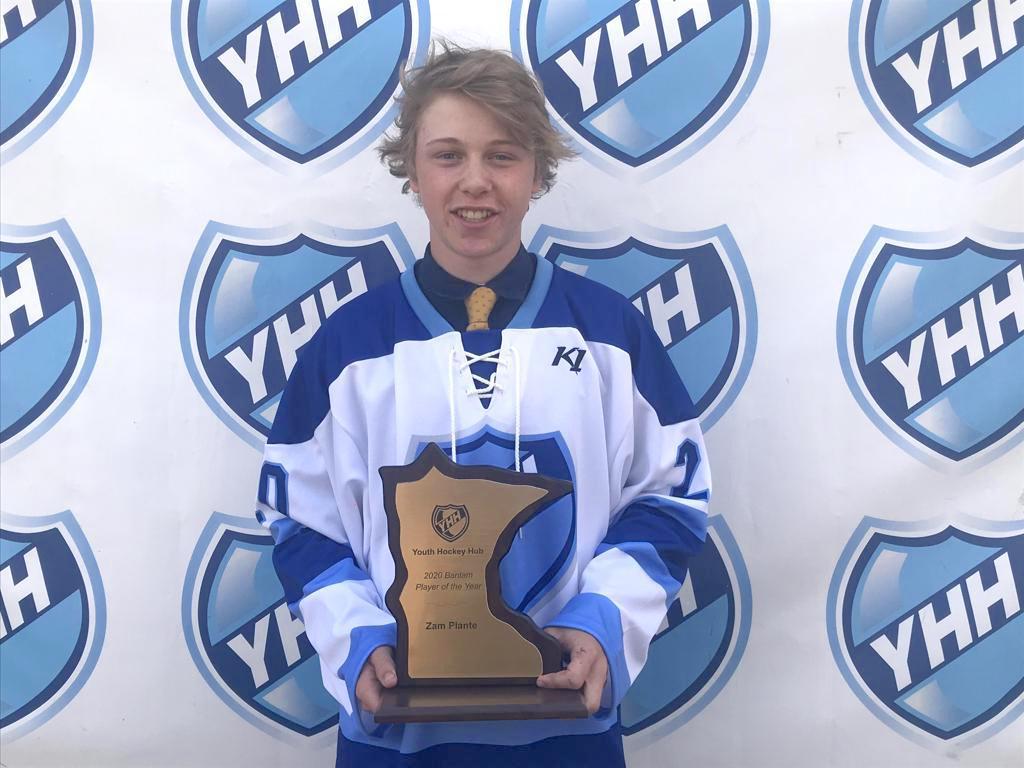 For the past eight years, YHH has chosen a Bantam Player of the year. The rules, unlike the standards for the Wiz Wyatt Award, are simple.

Who was the best player we saw?

Who had the biggest impact when they hit the ice?

Each of the eight winners (see list below) has gone on to either play Division I hockey, or is committed to a school in the near future. Eden Prairie product and 2014 Bantam Player of the Year Casey Mittelstadt has played three professional seasons since winning the award, and was drafted No. 8 overall by the Buffalo Sabres.

At the completion of our award ceremony later in the spring, YHH will announce a list of top 50 players, because there are many deserving players who put in the work, such as Tanner Bruender (Chaska/Chanhassen), Ryan Flaherty (Edina), John Stout (Minnetonka), Landon Stringfellow (Andover) and Kai Weigel (Moorhead). 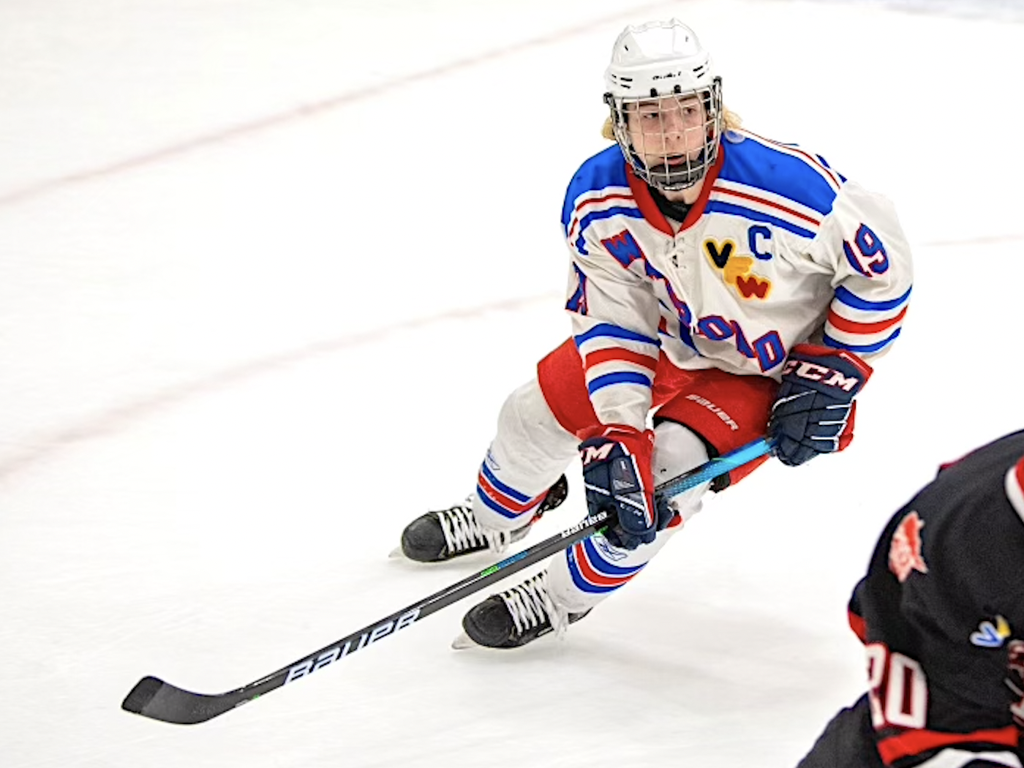 Murray Marvin-Cordes is the  grandson of the godfather of Warroad hockey, Cal Marvin. Cal and his wife Beth had 12 children, one of which was named Murray. By all accounts, Murray was a great hockey player who died when he was 12 years old.  Marvin-Cordes was named for his deceased uncle and has carried on his name and the tradition of being a star player.  By scoring 73 goals this year and helping lead his team to Peewee A and Bantam A State Tournaments the last four seasons, Murray has lived up to the lofty standards that accompany his name. 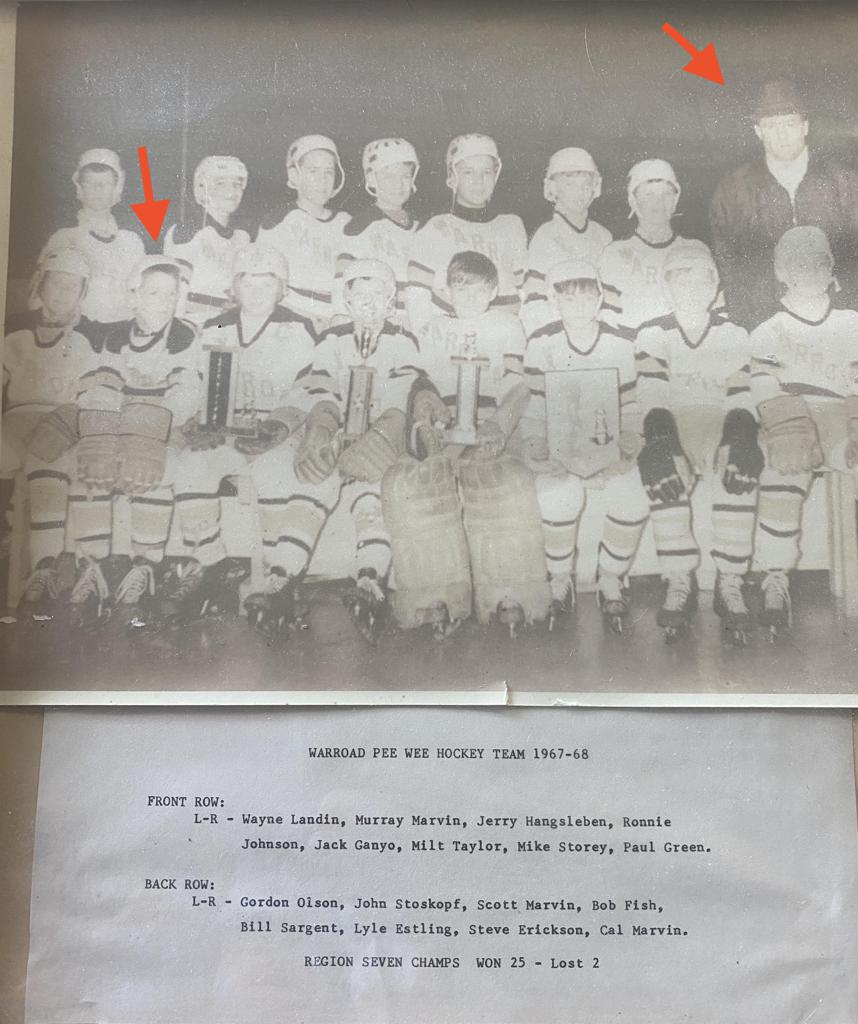 There have been four winners of our award that have held down the blue line (Zuhlsdorf, Frisch, Faber, and Burkholder). All have been great athletes with a fortunate talent for rushing the puck up the ice and gettin into the offensive play. Adam may not be the most vocal player we've seen, and that's because he prefers to let his play do all the talking. With quick hands and magic feet, Kleber has emerged as one of the next great defensemen Minnesota has developed. 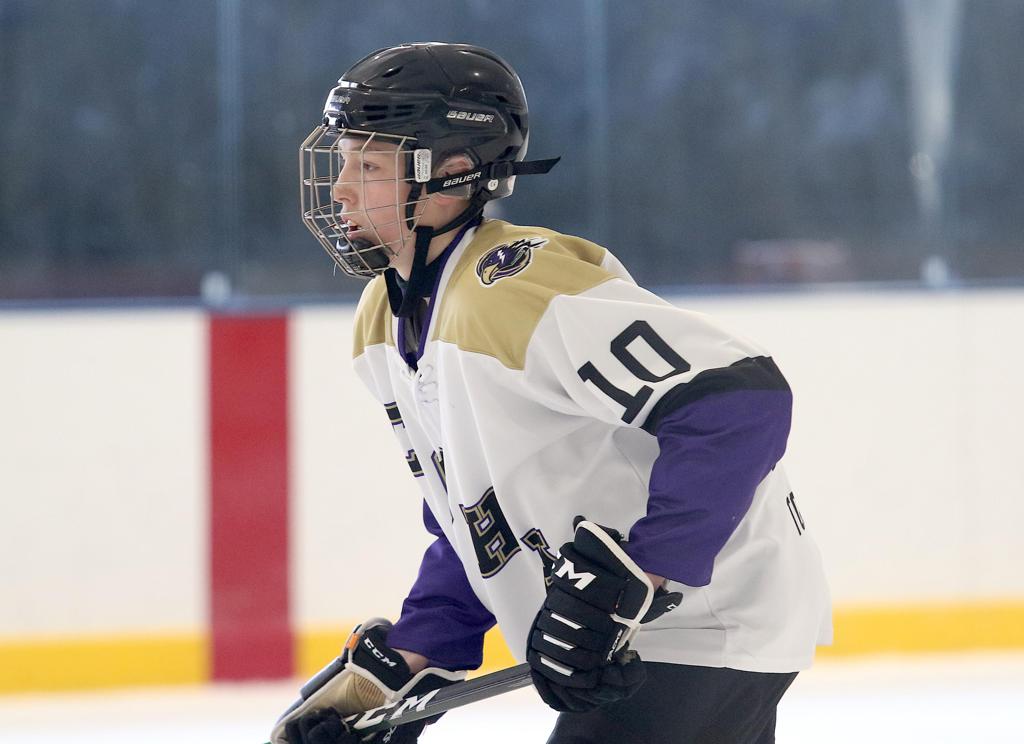 What more can be said of Danny Nelson? It seems every year of his young career he has been the gold standard for his age. Strong skater, high hockey-IQ and a rifle for a shot have always been his calling card, and Nelson has shown the ability to win battles with his brawn or his brain. Like his brother Henry, Danny will likely be invited to the National Team Development Program tryout camp.

"He's the first 8th grader I've ever seen who was ready for Under-18 or high school hockey," one local scout said of Nelson. 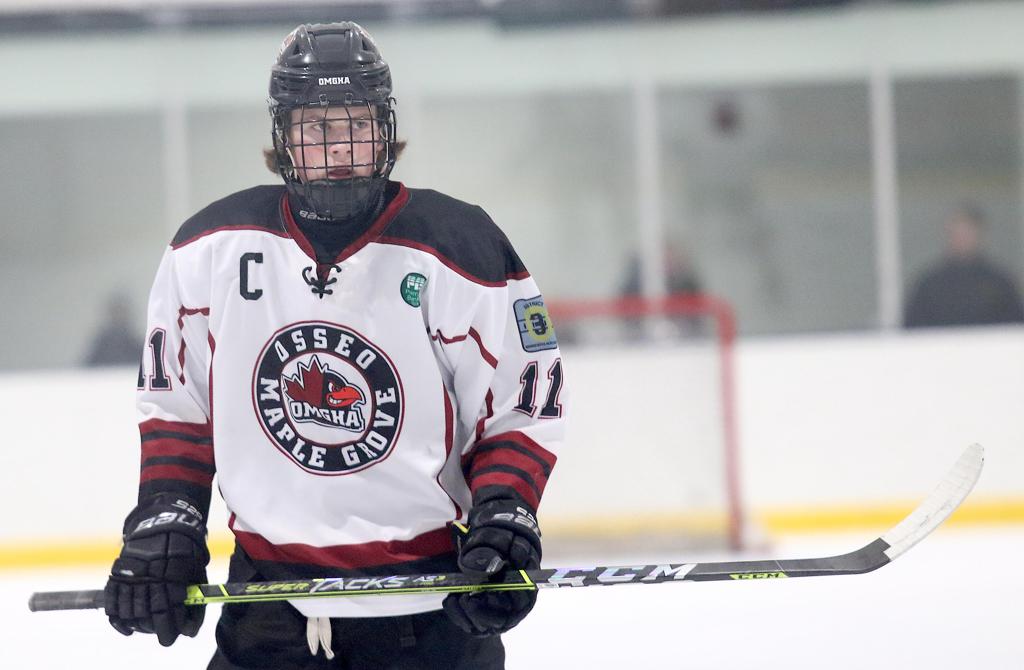 Today at the youth level, "to the max" should stand for playing like Max Plante.

Max knows only one way to play, full throttle.  Plante is a smart player who is just as comfortable making a pretty pass as he is burying a game-winner.  The younger brother of 2020 Bantam Player of the Year Zak Plante, Max looks to make  his own name as the Hawks attempt to win their first ever Bantam AA state title this weekend in Edina. 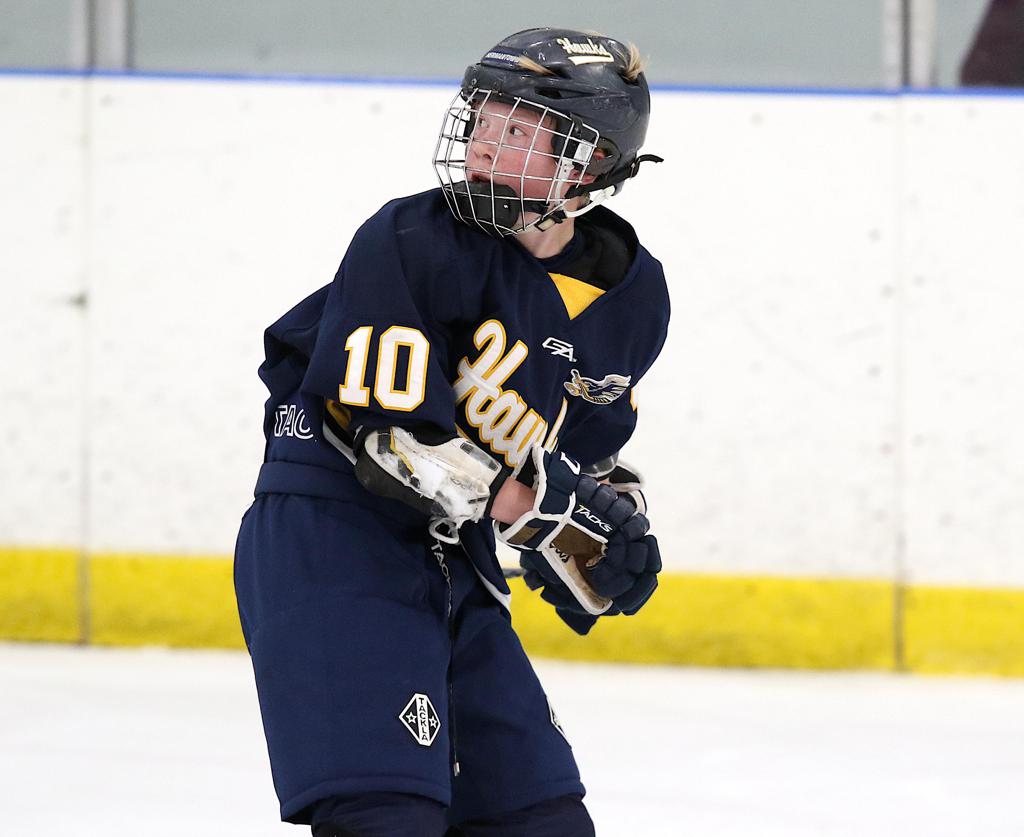 Sam Scheetz has been a terror for opposing teams his whole youth career. His team-first, hard-nosed mentality make him very easy to coach, but what makes him hard to stop are his prolific hands and straightaway speed that wouldn't look out of place at the Indy 500.

"Scheetz has the 'it' factor where he can make pretty offensive plays, but he also isn't afraid to play in the dirty areas," one local USHL scout said. 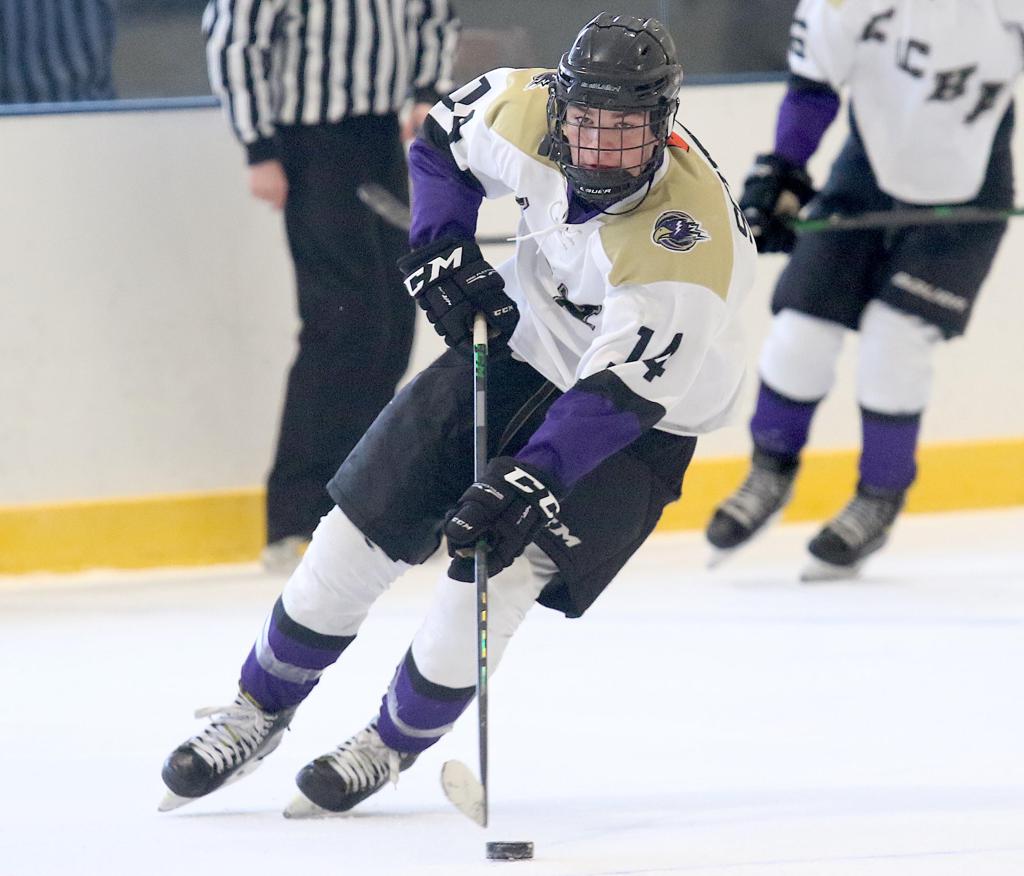 Teddy Townsend has risen the ranks of the elite players his age, quietly drawing attention to himself while winning a state title as a PeeWee and making SportsCenter's Top 10 Plays with a last-second, slap-shot goal.

This year, he's pushed his game to a new level beyond just goal-scorer. Townsend is the player with the most raw talent in the state, adding a burst of speed and ice awareness that makes his line with Connor Crowley and Andrew Earl one of the best in Minnesota.

"Once he scores one in a game, he will score two or three more," an opposing Bantam AA coach said. "He's like magic. He's by far the hardest player to stop in the state." 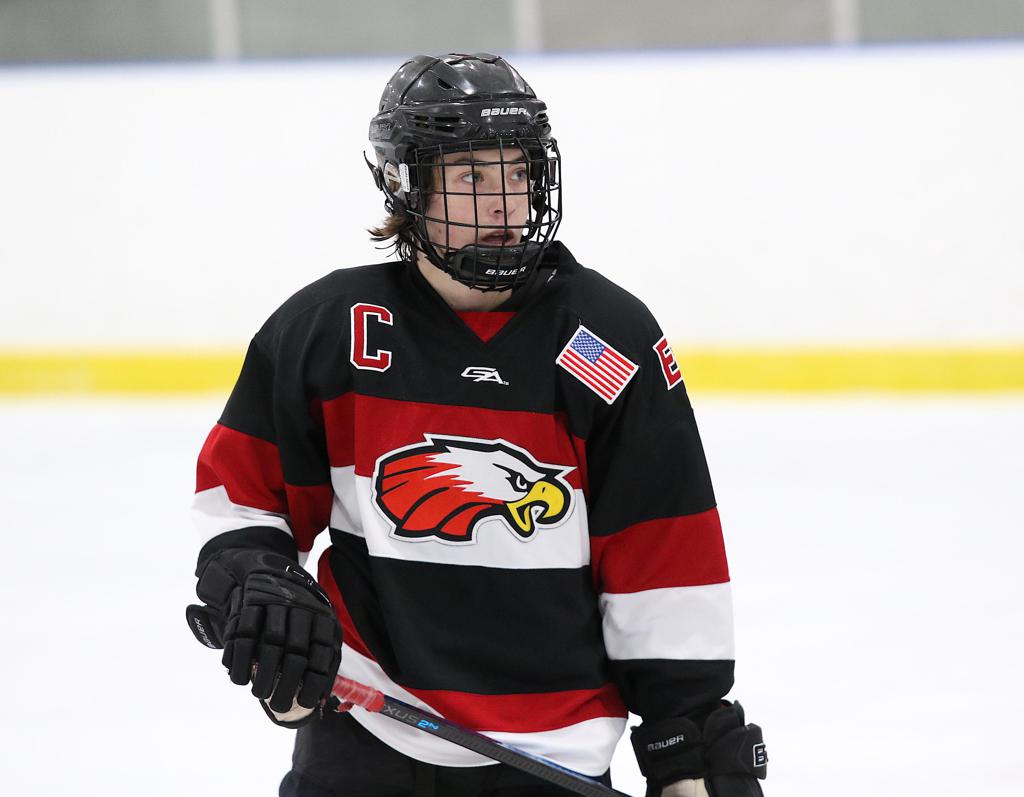 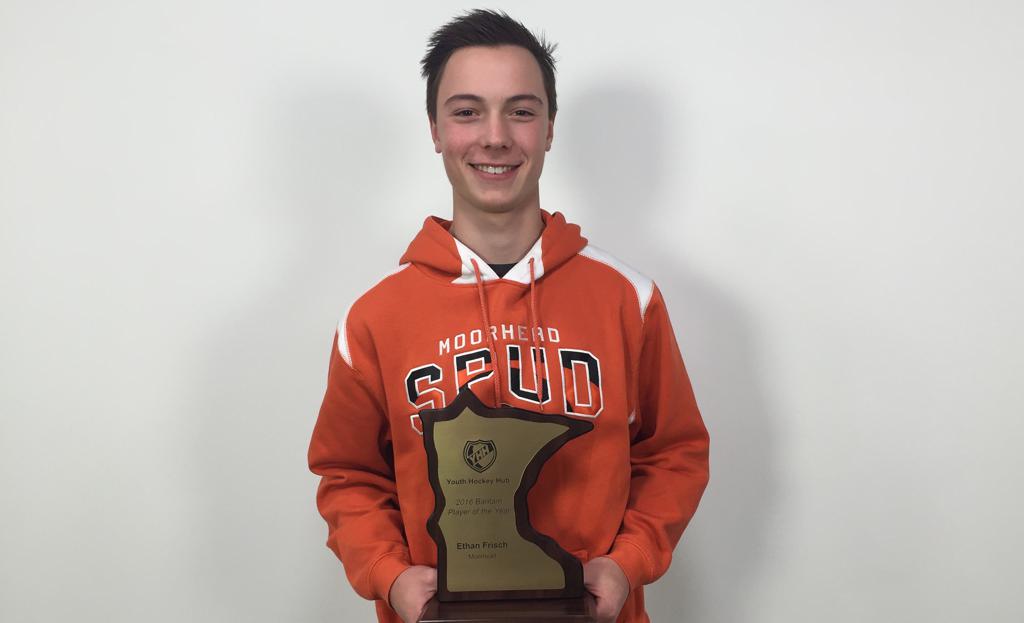