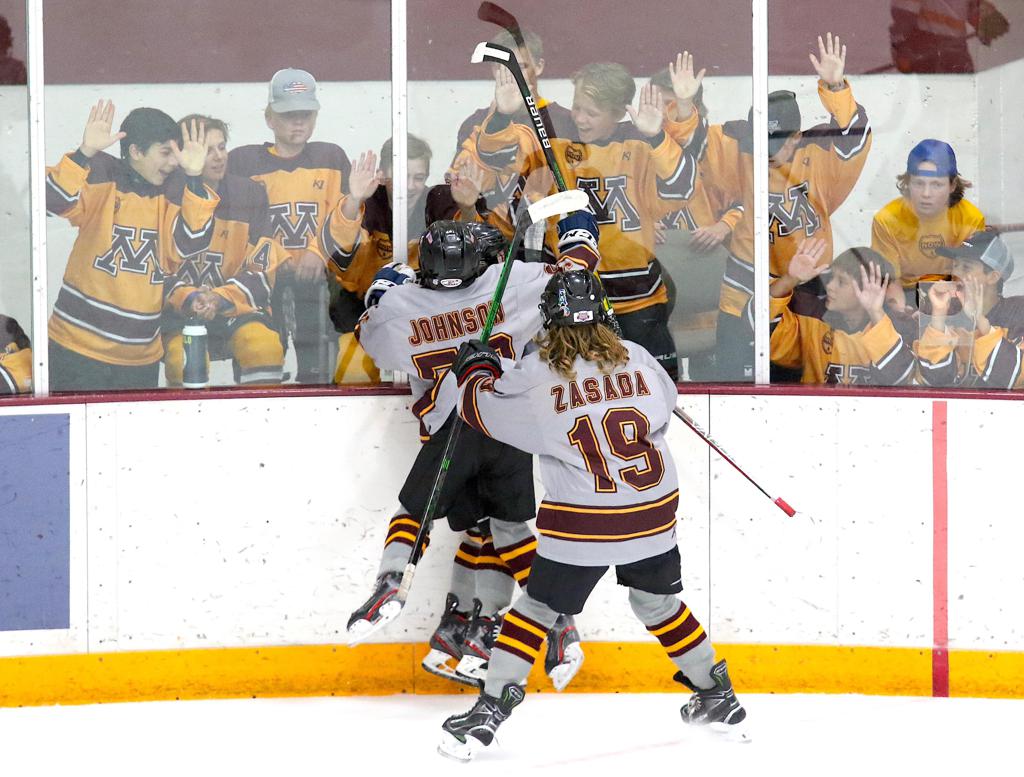 Minor Grey celebrates with the (relaxing) Minor Gold squad after tying one of Monday's games on the final moments.

2021 NOW Combine returns to its roots in Dinkytown 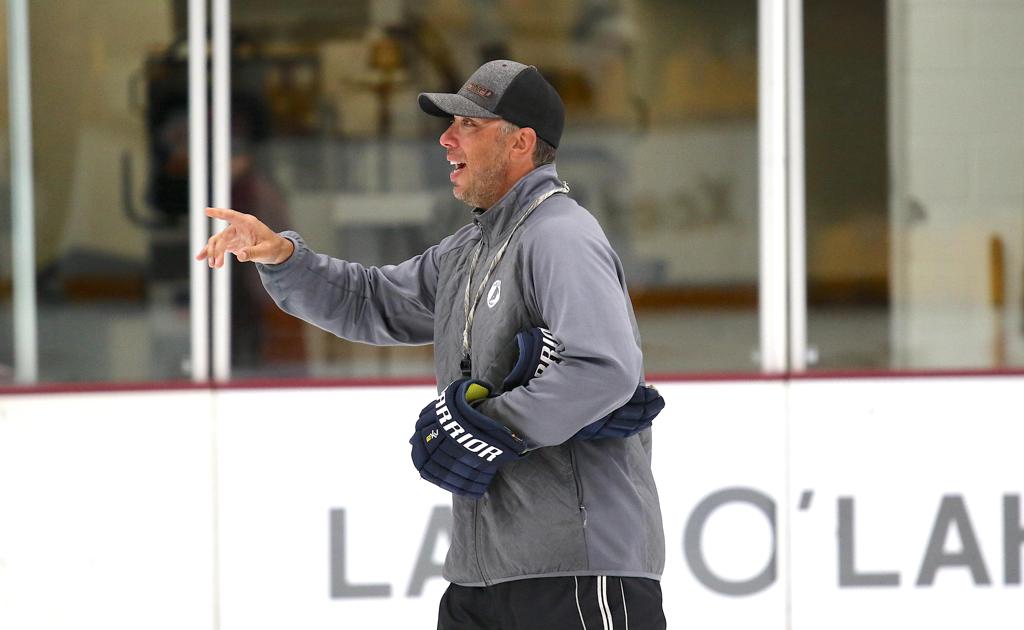 Shoot, it feels good to be home.

After spending last year’s Combine in West Fargo, North Dakota, and living out a hotel for seven straight days and nights, it’s both refreshing and rejuvenating to return to the NOW Combine to the friendly confines of 3M Arena at Mariucci and Ridder Arena.

After a brief check-in session bright and early Monday morning, both age groups spent nearly an hour on the ice with skills coach Jon Francisco, making excellent use of Francisco’s near-ubiquitous body contact dummies. Francisco’s lesson included angle exercises, effective shoulder checks, and positioning yourself for the fastest route to the puck after making contact.

Some players may have been listening harder than others, but the enthusiasm for Francisco’s clinic reached the maximum for all four groups.

In addition to a scavenger hunt through historic Ridder Arena and the Mariucci Olympics, a combination of relays and stair workouts, the ever-popular Mini-Games began, with each team playing three, 15-minute running time “games.”

The short time and running clock ensure the intensity is high from the opening draw, and facing three different teams in one afternoon keeps a healthy variety level.

In the Minor Division, Gold emerged with a perfect 3-0 record on the day, scoring a 1-0 win over Maroon and identical 2-1 victories over White and Grey. With two goals and three points in 45 minutes of play, Minor Gold’s Amir Chebaclo reigned as his division’s scoring leader for the first day.

Such a favorite could not be found in the Major Division, as Grey, White, and Maroon took home 2-1 records after Monday’s games. Major White’s Nicholas Johnson dished out three assists in his team’s games, making him the Major Division’s leading scorer with three total points. 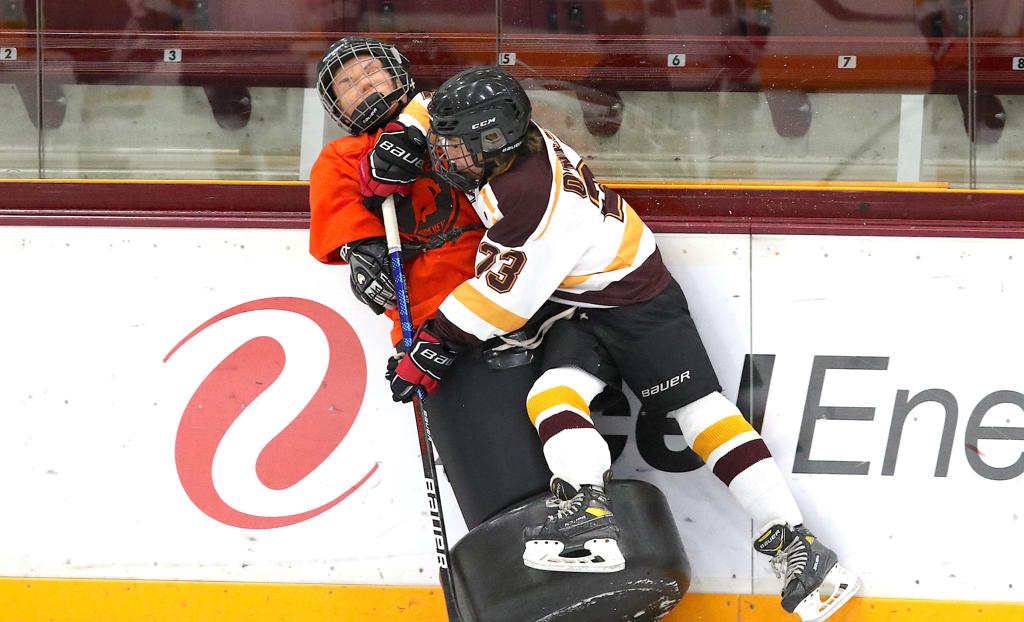