Green Giants victorious at 14U Tier I Girls and 14U Tier II Boys, Shattuck-St. Mary's takes home 14U Tier I Boys and 15-Only titles. 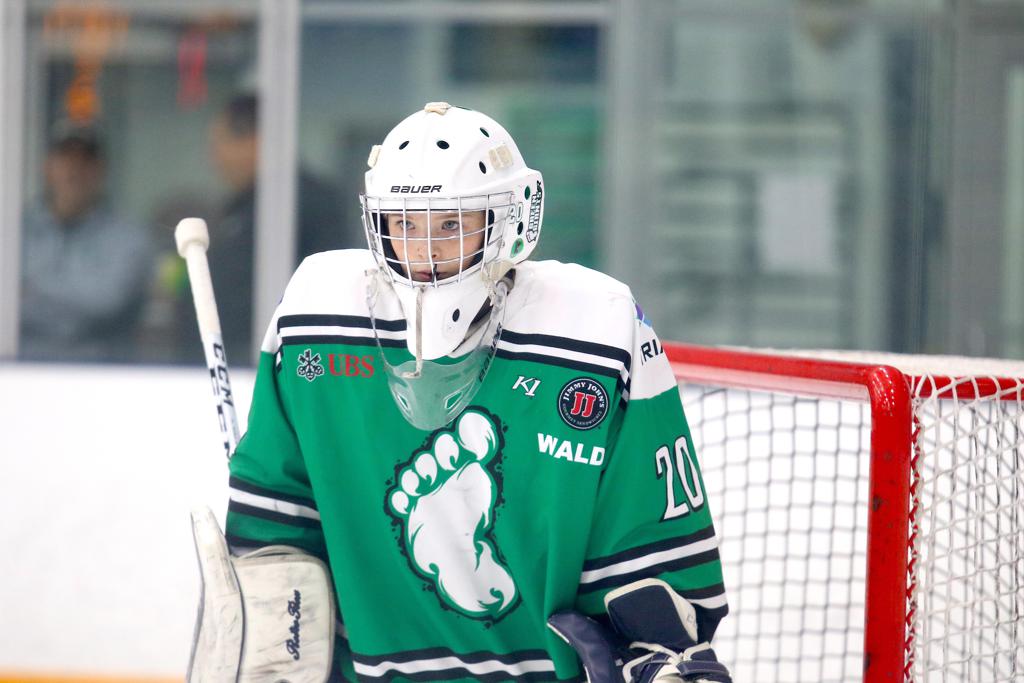 Madelyn Wostrel made 19 saves on 20 shots as the Green Giants downed the Lakers 6-1 on Sunday.

The Green Giants scored four times in the third period to pull away from the Lakers for a 6-1 victory in Sunday's championship game, sending the Green Giants to their second consecutive USA Hockey National Tournament.

The Green Giants drew first blood, with Maya Engler scoring twice to open the first period and give the Green Giants a 2-0 lead. That advantage was halved by the Lakers' Lorelai Nelson, who notched a goal late in the first to make it 2-1 going into the second frame.

After a scoreless second, the floodgates opened in the final period.

Amelia McQuay, Hanna Olson, Hannah Christenson, and Sophia Olson each notched a goal for the Green Giants, and Madalyn Wostrel shut down the Lakers comeback attempt, finishing the game with 19 saves.

Outside of the four third-period tallies, the game's turning point came in the second, where the Green Giants were able to kill off four penalties without surrendering a goal. 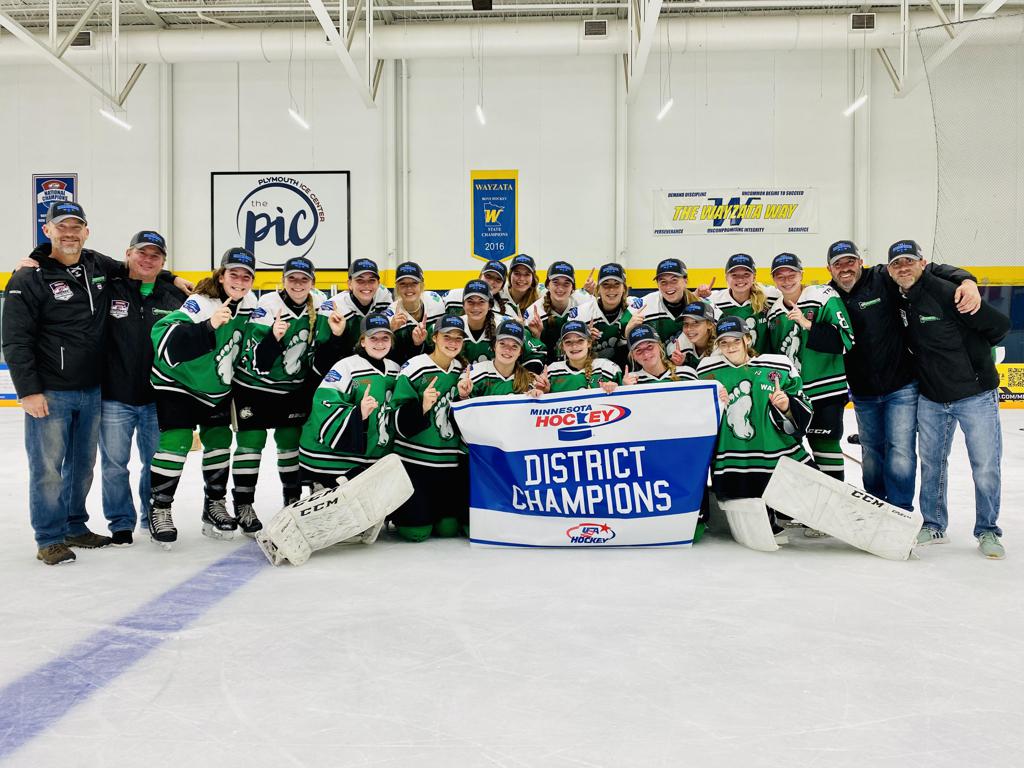 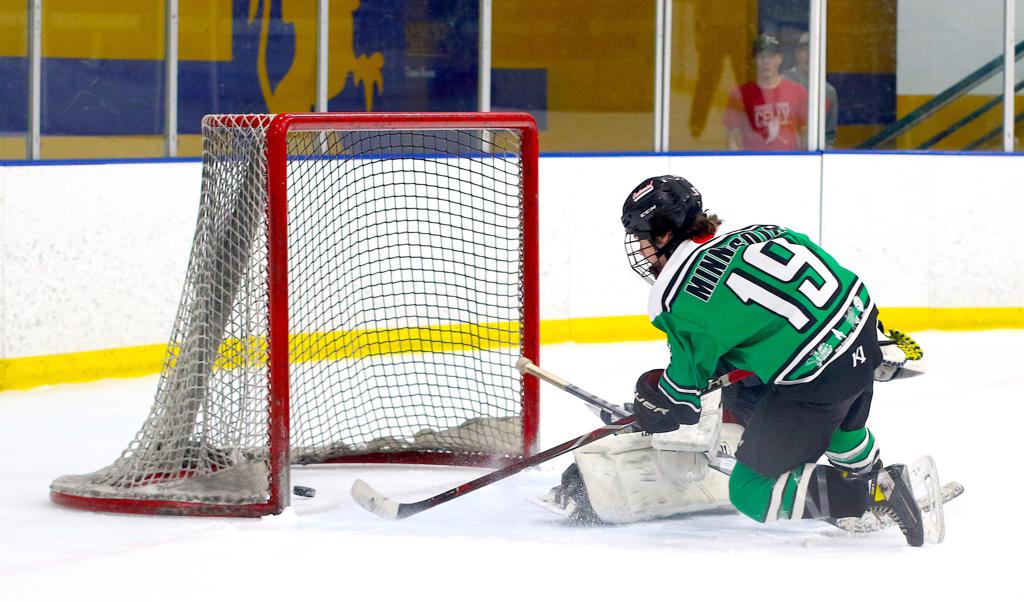 Joseph Hemr scores for the Green Giants during Sunday's 5-2 win over the Loons.

In the 14U Tier II finale, the Green Giants netted four goals in the second period and got a 40-save performance from the duo of Cal Conway and Cash Cruitt to down the Loons 5-2.

Jack Taube opened the scoring with 32 seconds to play in the opening frame, giving the Loons a 1-0 lead which was erased with an Owen Lutgen goal for the Green Giants 11 seconds later.

Kieran Ronan scored twice in the second period, getting the first and fifth goals of the game for the Green Giants, with scores from Cooper Bayer and Joseph Hemr sandwiched between Ronan's tallies. Tanner Olsen added a late goal for the Loons, who put 17 shots on goal in the third period without beating Cruitt. 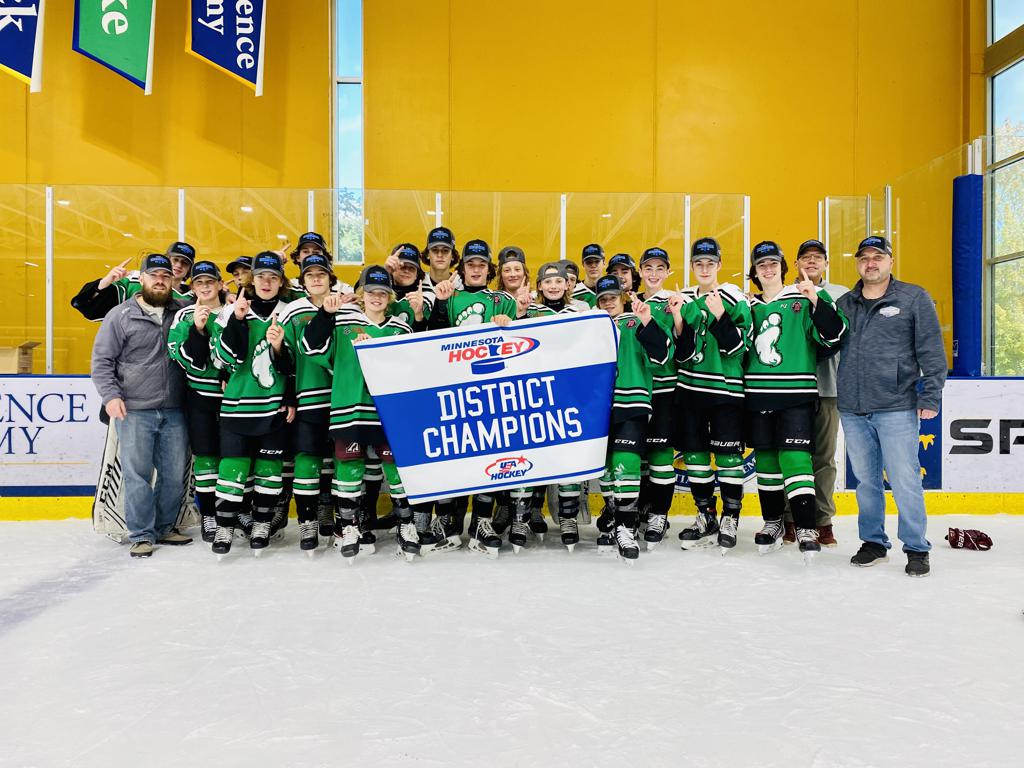 Shattuck-St. Mary's rolls to wins in 14U Tier I Boys, 15-Only Divisions 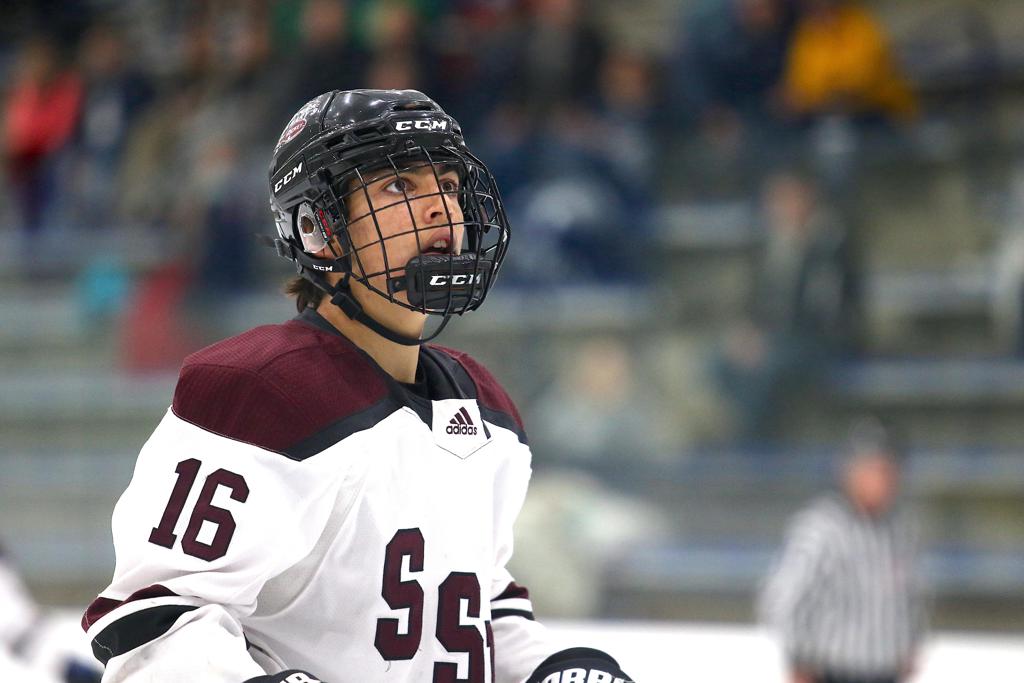 Shattuck-St. Mary's 14U forward Masun Fleece scored two goals in the Sabres' 10-1 win over The 14U Blue Ox.

The Shattuck-St. Mary's 15-Only squad scored three times in the first period, twice in the second, and four times in the third for good measure in a 9-0 win over the Blue Ox, sending the Sabres back to the National Tournament.

More of the same happened in the 14U Tier I title game, as the Sabres trounced the Blue Ox 10-1.

Tucker Lovejoy scored the lone goal of the loss for the Blue Ox. 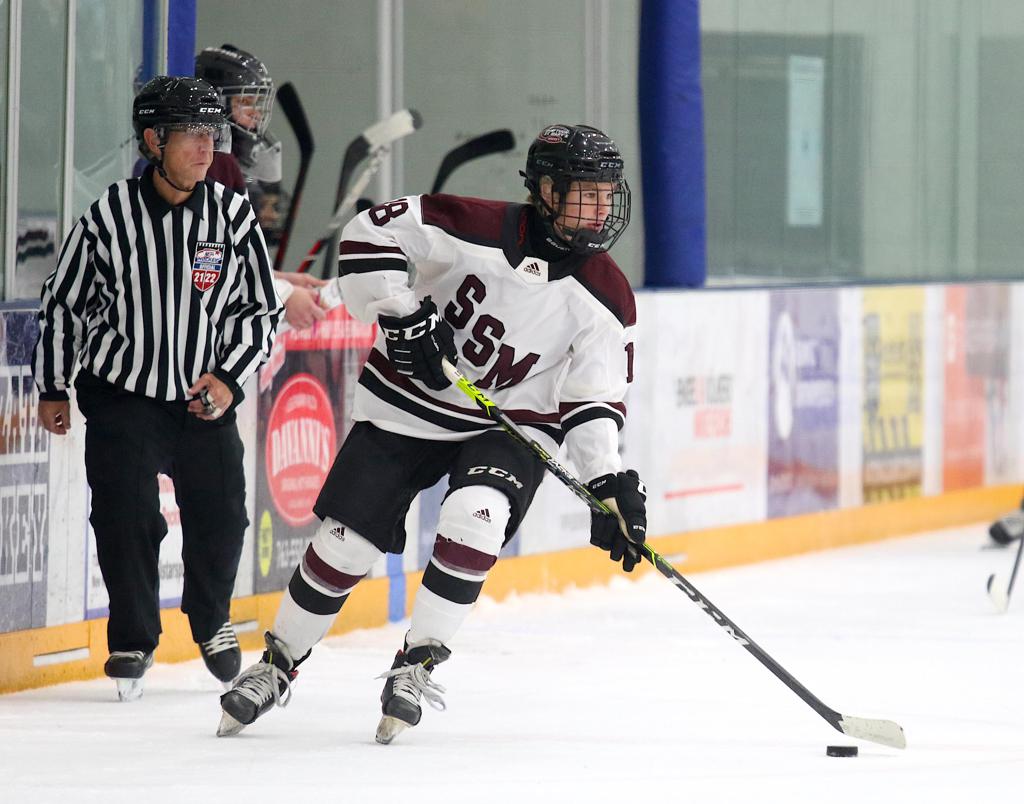 Jevin Hawkins was one of nine goal-scorers as the 15-Only Sabres blanked the Blue Ox 9-0.