The Wolverines took out the St. Cloud Norsemen while the Titans needed a third game and double-overtime to edge New Mexico. 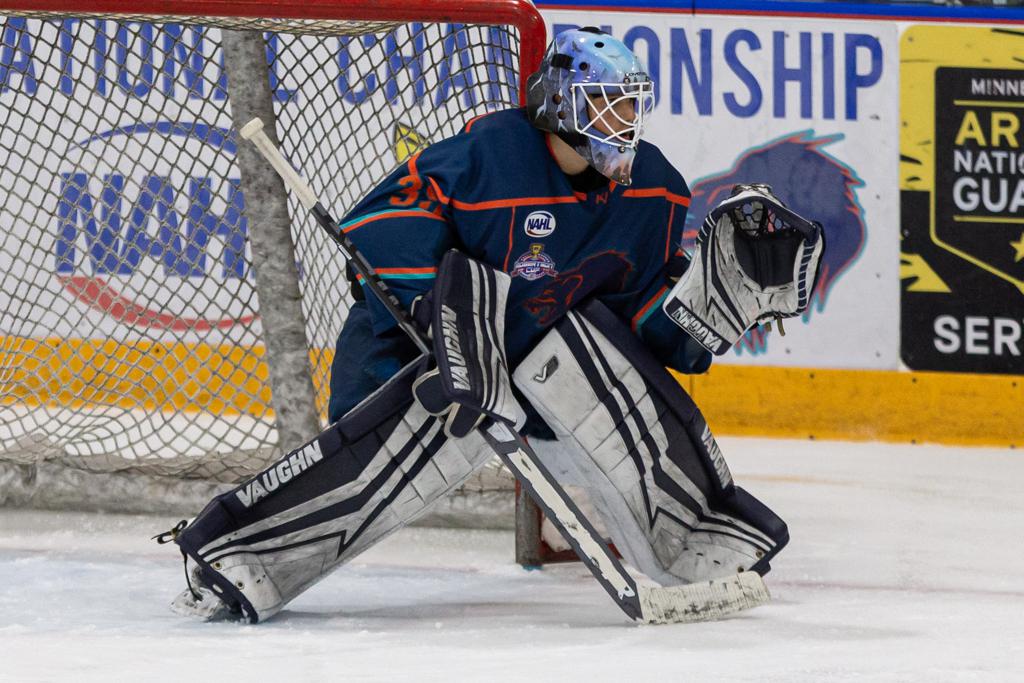 The Anchorage netminder continues to impress scouts along the postseason path, and his two spectacular victories over the Norsemen were the talk of Fogerty Ice Arena for two days.

Robbins first turned in a 48-save performance on 49 shots in game one, allowing the Wolverines to escape with their 2-1 win in overtime. While game two featured zero extra sessions, Robbins was again up to the task with 34 saves on 36 shots. For those counting at home, Robbins has stopped 82 of 85 shots heading into Tuesday’s championship against New Jersey.

The St. Cloud Norsemen entered the NAHL postseason with the sixth-highest power-play conversion percentage in the league at 24.5%, which rated as tops among the four teams that had advanced to the Robertson Cup semifinals.

Despite the solid numbers coming into the semifinals, the Norsemen were held without a single power-play goal against the Wolverines. The Norsemen went 0-4 in Game 1 and 0-2 in Game 2. Perhaps the play of Robbins and the Anchorage penalty kill held the Norsemen attack in check, but the numbers suggest a combination of opposing tactics and lack of conversion.

Colton Friesen has found his scoring touch this postseason.

The Winnipeg native recorded a modest 11 goals for Anchorage during the regular season but has notched six tallies in nine Robertson Cup Playoff games. Among those six goals was one score in each win over St. Cloud.

With Alaska-Anchorage commit Matthew Johnson injured for Tuesday’s championship, the Wolverines may have found another scorer to help carry the load. 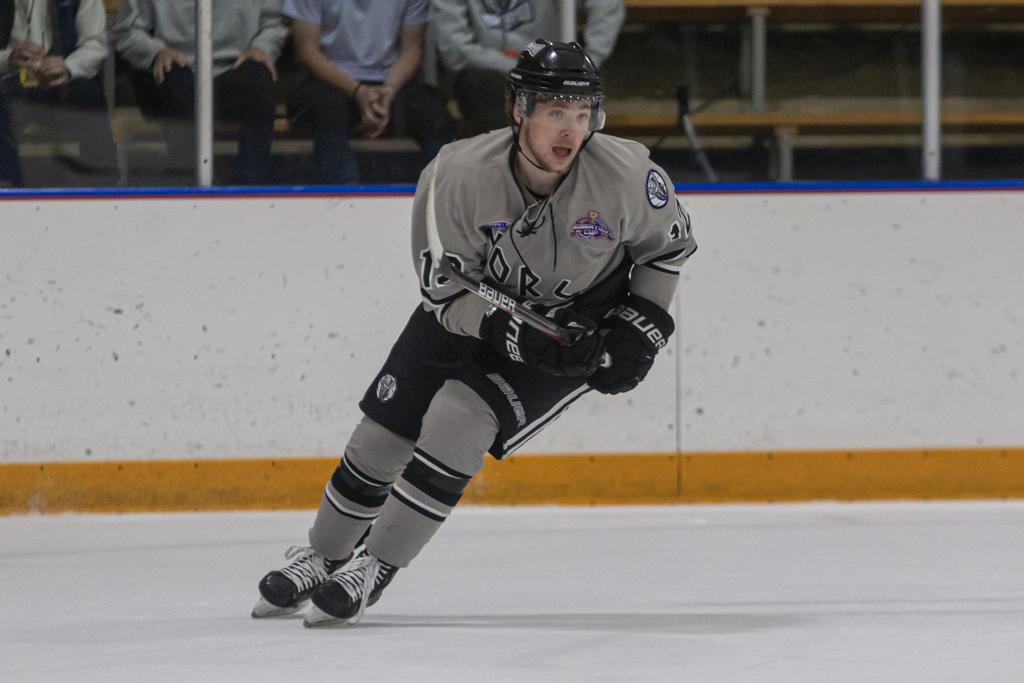 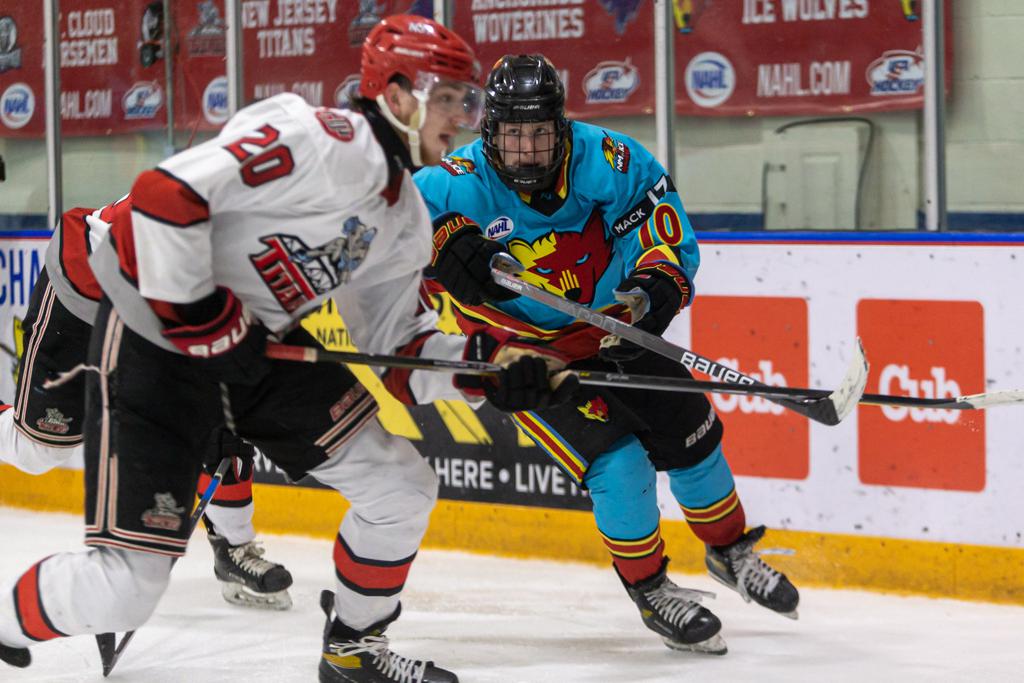 Unfortunately for the Ice Wolves, the duo’s outsized production came to a halt in the three-game series against New Jersey. The UMass-Lowell commit Bentley was held scoreless, and Scholle managed just one goal.

New Jersey must be loading up on ice packs and Gatorade after Sunday night’s double-overtime win, because Monday will be the Titans’ day of rest and recovery.

Not only did the Titans need a third game to edge New Mexico, but they also played an extra 49 minutes thanks to participating in three overtime periods. That's nearly an extra full game on top of the three-game series.

Hot goaltenders meet in the finale

While Anchorage’s Raythan Robbins has been the story so far, New Jersey’s Andrew Takacs has provided his share of highlight-worthy moments over the past few days.

At 6-foot-3, the two-time East Division Star of the Week has stopped 112 of 119 shots during his three outings and made 46 saves on 49 chances in Sunday’s double-overtime win over the Ice Wolves.

A native of Bowie, Maryland, Takacs is a NAHL veteran that’s seen time with the Maryland Black Bears, Odessa Jackalopes, Amarillo Bulls, and now the Titans. He is committed to Colgate. 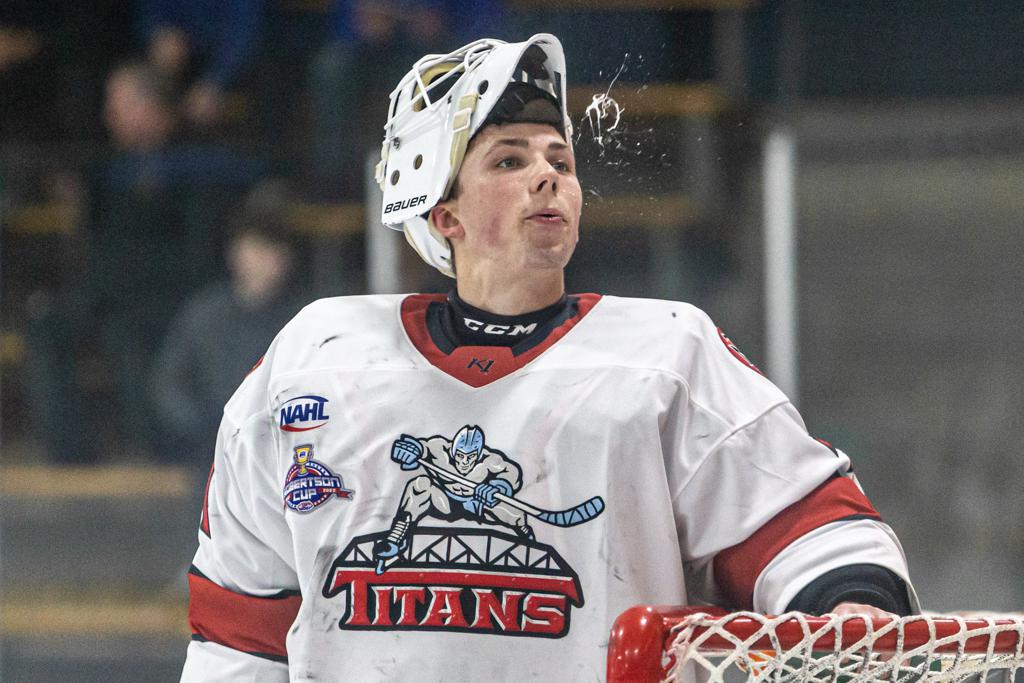 Andrew Takacs has stopped 112 shots in three games for the New Jersey Titans.