Get up to date with the state of the standings as the teams head to Chicago for the USEL's inaugural playoffs. 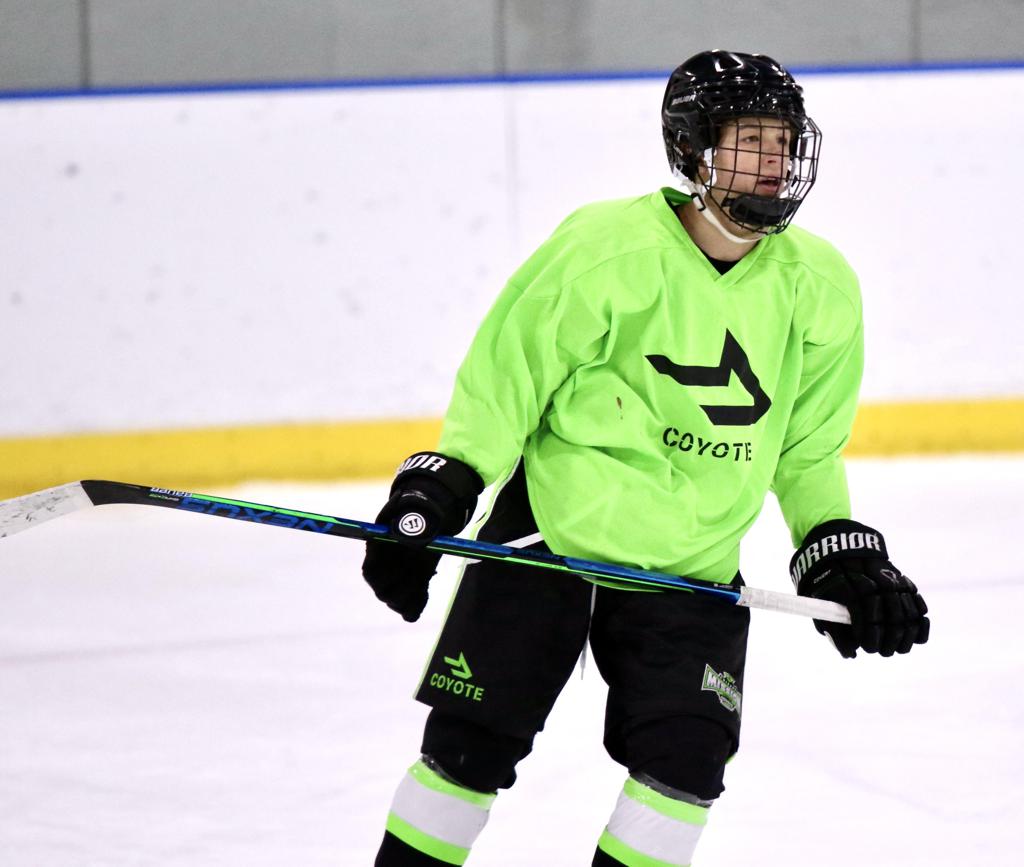 Kalder Varga has seven goals for Coyote through 10 games.

With just one more weekend on the horizon for the United States Elite League, the Orbit Ice Arena in Palatine, Illinois, will host the league’s inaugural playoff rounds. After an action-packed weekend in Detroit, let’s check in with our six USEL squads.

Perched at the top of the league standings, as they have been since the jump, are the gentlemen of Little Caesars. Little Caesars maintains the top spot in the rankings with a 7-2-1 record, taking both of its losses in Detroit. Myhro Hockey handed Little Caesars its first loss by a score of 4-1, and SDP set the scoreboard on fire in a 7-1 win over LC. In addition to the losses, Little Caesars picked up wins over Windy City (5-0), Yeti Tape (5-2), and Coyote (4-0).

Tied atop the standings is Coyote, which started last weekend with three consecutive victories before tying 2-2 with Yeti Tape and being shut out by Little Caesars 4-0. Despite allowing three goals in the third period of game one, Coyote held on for a thrilling 5-4 win over SDP, followed by a 4-0 victory over its Chicagoland brethren Windy City and a 2-1 triumph over Mhyro Hockey.

Crafty forward Lukas Zajic leads Coyote in scoring with eight goals and 11 points, followed by Kalder Varga (7-1-8) and Shaeffer Gordon-Carroll (4-4-8). The goaltender duo of Donovan Dunlay and Jake Windbiel has held opponents to 25 goals in 10 games, tied with Little Caesars for the lowest amount of goals allowed. 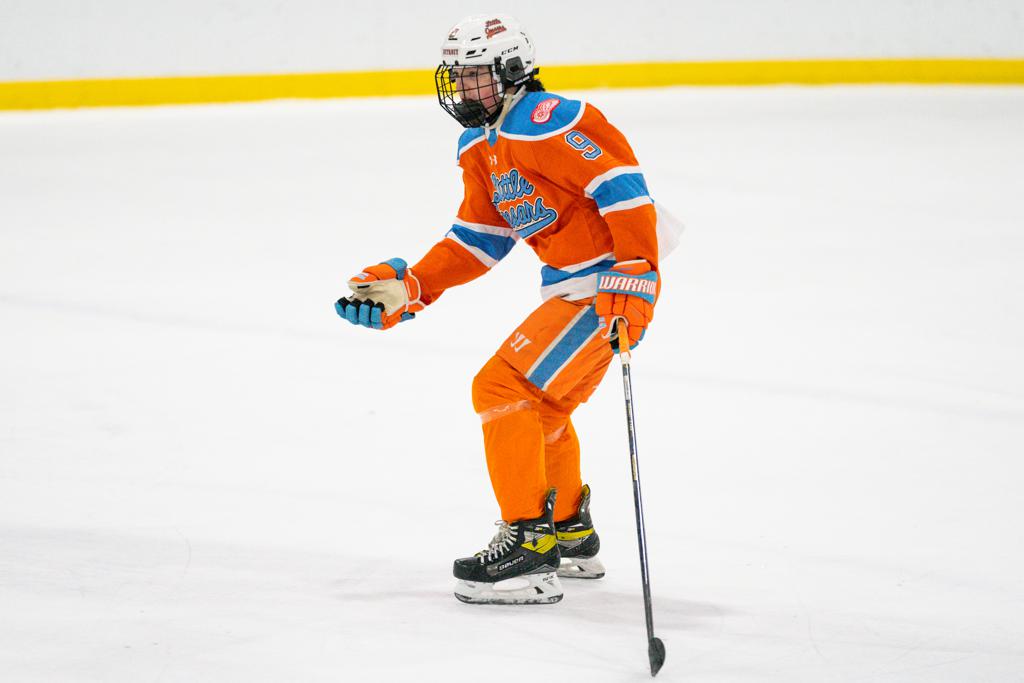 Jacob Monks has totaled 10 points in 10 games for Little Caesars.

Rounding out the top three teams heading into the final weekend of play is SDP at 7-3, which has yet to be held to less than three goals in a game and leads the league in scoring with 54 total goals in 10 games.

SDP shook off a 5-4 opening loss against Coyote with four straight wins to close out Detroit, thumping Yeti Tape 8-4, Windy City 6-1, Little Caesars 7-1, and eking out a 5-4 win over Myhro Hockey.

Myhro Hockey was just two goals away from an undefeated weekend in Detroit after going 1-3-1 during Weekend One. Myhro suffered heartbreaking losses against Coyote 2-1 and SDP 5-4, which tempered a bit of the excitement after starting with a tie against Yeti Tape and a big win over Little Caesars. A 5-0 shutout of Windy City upped Myhro Hockey’s win total to three heading into the final set of games. 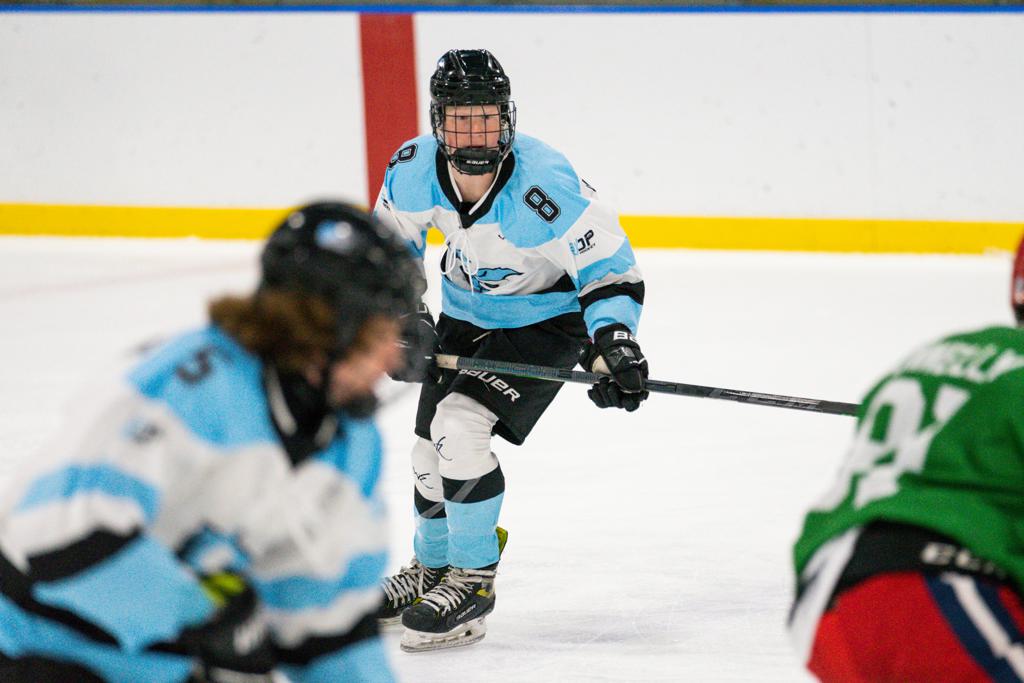 SDP's Dylan Dean is second among all skaters with 16 total points.

In any case, Yeti Tape tied Myhro Hockey 3-3, then suffered back-to-back losses against SDP (8-4) and Little Caesars (5-2) before scraping a tie with Coyote and a win over Windy City to close out the weekend.

Windy City has lost six consecutive games dating back to Minneapolis, and the playoff hosts head into their weekend, coming off a five-loss weekend in Detroit. Windy City managed just three total goals in the five games played during Weekend Two, a far cry from the team that racked up 17 goals during Weekend One.

With talented players like Keegan Gregory (4-2-6), Nathan Hauad (5-1-6), and Easton Walos (2-4-6), this lack of scoring feels like an anomaly, and Windy City should not be underestimated as the league enters its postseason. 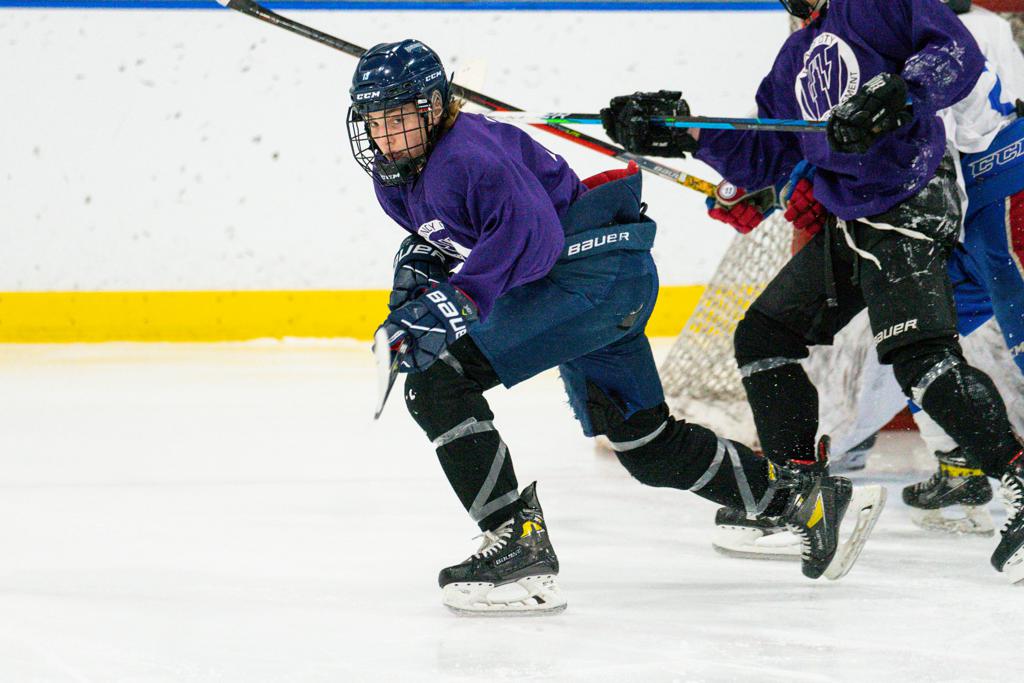 With six points, Easton Walos is in a three-way tie for the Windy City scoring lead.