A conversation with Captain America's father

Dave Burgen, who officially retired from the Chisago Lakes girls' hockey bench at the end of the 2021-2022 season, embraced a new role as steward and party-planner for Team USA's Under-18 Women's World Championship team.

Dave Burgen didn't want to ask for the time off.

He didn't feel he'd been at the job long enough, and in the world of rural mail carriers, consistently showing up is considered your duty.

It's not like his bosses were itching to see him leave either.

"When I told them about this, they didn't understand," Burgen said in early June, seated in the stylish lobby of the Best Western Premier Park Hotel in downtown Madison, Wisconsin.

"(They thought) she was just going to play in a hockey tournament. I'm trying to be humble about it, but it's kind of a bigger deal than that."

No, it was not just a hockey tournament. Burgen was requesting a few days off to play the role of Captain America's dad, as his daughter Dani was to wear the 'C' for Team USA during June's IIHF Under-18 Women's World Championships.

Thankfully, someone saw a picture of Dani wearing her Team USA jersey, and Dave found himself free and clear for a week in the Badger State.

"They went, 'oh, she wears THAT jersey?'" Burgen said with a chuckle. "No problem."

Burgen's journey to international glory started where so many dreams do - the Super Rink in Blaine, Minnesota.

"It was open skate," Burgen said. "She wanted to skate, but she didn't want any help, so we put her in the middle, and then we gave her one of those little cart things," Burgen continued. "She stood there, and she finally started skating and pushing that thing, and then she got rid of it. She has that mindset, even when she was a little kid, that nothing is going to stop her." 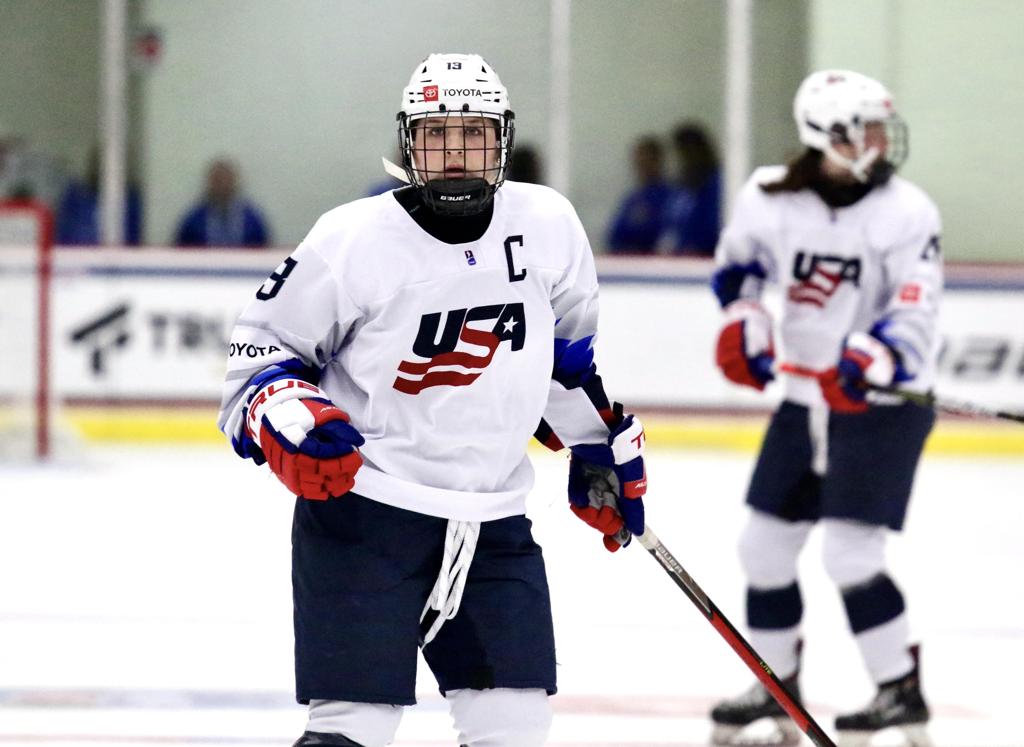 Dani Burgen was a rare double-underage player when she made the Under-18 Women's World Championship Team in 2020.

Since her skating debut as a four-year-old, Burgen has become one of the most decorated prep hockey players in Minnesota history.

She spent six seasons with the Chisago Lakes varsity, racking up 130 goals and 259 points in 1562 career games, according to Elite Prospects. Multiple All-Conference and All-State selections. 2021 Class A State All-Tournament Team member.

While Dave was Dani's high school coach, he says that during hockey season, his wife Sara had the final say in the Burgen house - whether Dave and Dani liked it or not.

"She's the one who said there's no hockey talk at home," Burgen said. "She'd say, 'do you get to talk to all the other kids like this outside of the rink?' And I'm like, okay, you're right."

"It can splinter things if you put too much time or energy into it. Mom managed it, and that's what I think really helped our relationship. No hockey outside of the arena."

In addition to her high school accolades, Dani had won gold for Team USA at the 2020 U-18 Women's World Championships in Bratislava, Slovakia, making the tournament in Madison her second stint as a member of the team.

It meant they understood the marathon nature of the tournament, played over seven days. Typically for Team USA, this also includes a bye into the semifinals, allowing more downtime than most events.

It also put the Burgens in charge of one of the parent parties, which Dave views as a privilege of stewardship.

"We were taught that by the parents of the previous team," Burgen said. "You set up the social, you bring people together, you introduce everybody," Burgen continued, adding that it will be incumbent upon next year's veteran parents to do the same. "When you return next year, that's your job," Burgen explained. "It's like a rite of passage. If you've been here before, you're expected to show the people how it works."

Organizing hockey parents may sound like a coach's (or former coach's) worst nightmare, but Burgen maintains that he's always enjoyed the social aspect of the sport. 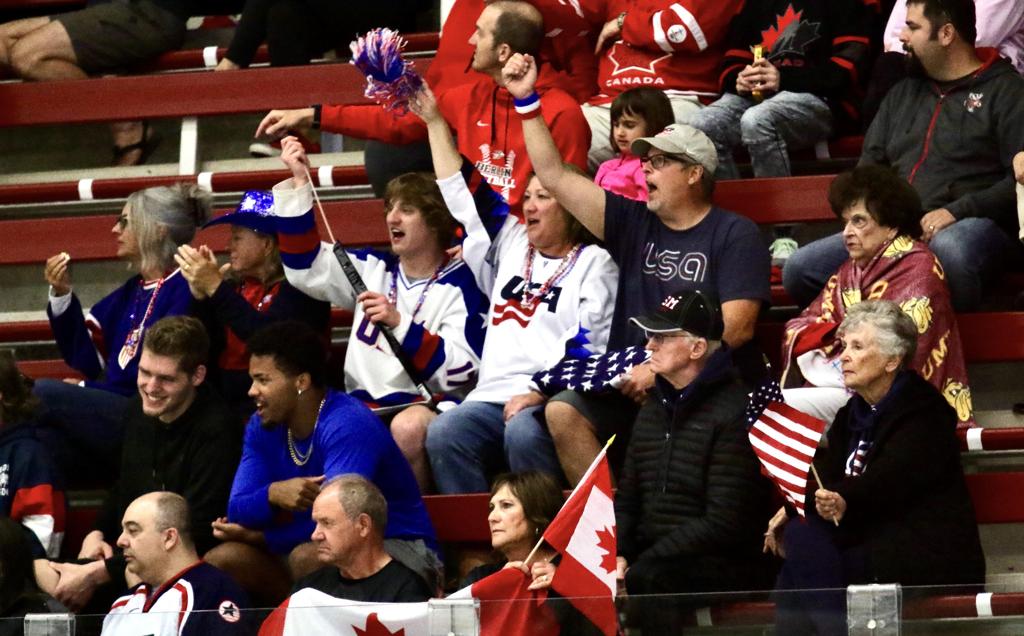 A few days after our conversation, Team USA would fall to Canada in a heartbreaker in the tournament's gold-medal game after stomping its way through pool play and eking out a win over Sweden.

But on a picture-perfect summer day in downtown Madison, perched in a plush seat at a high-top table in the lobby of a swanky hotel, Burgen waxed nostalgic about two decades of hockey fatherhood.

"It's hard to put into words because you go 'okay, she can barely skate to now playing on Team USA… it's hard to describe," Burgen said, a slight catch in his voice.

"You get emotional thinking about it. Fifteen years. Holy cow, that was quick." 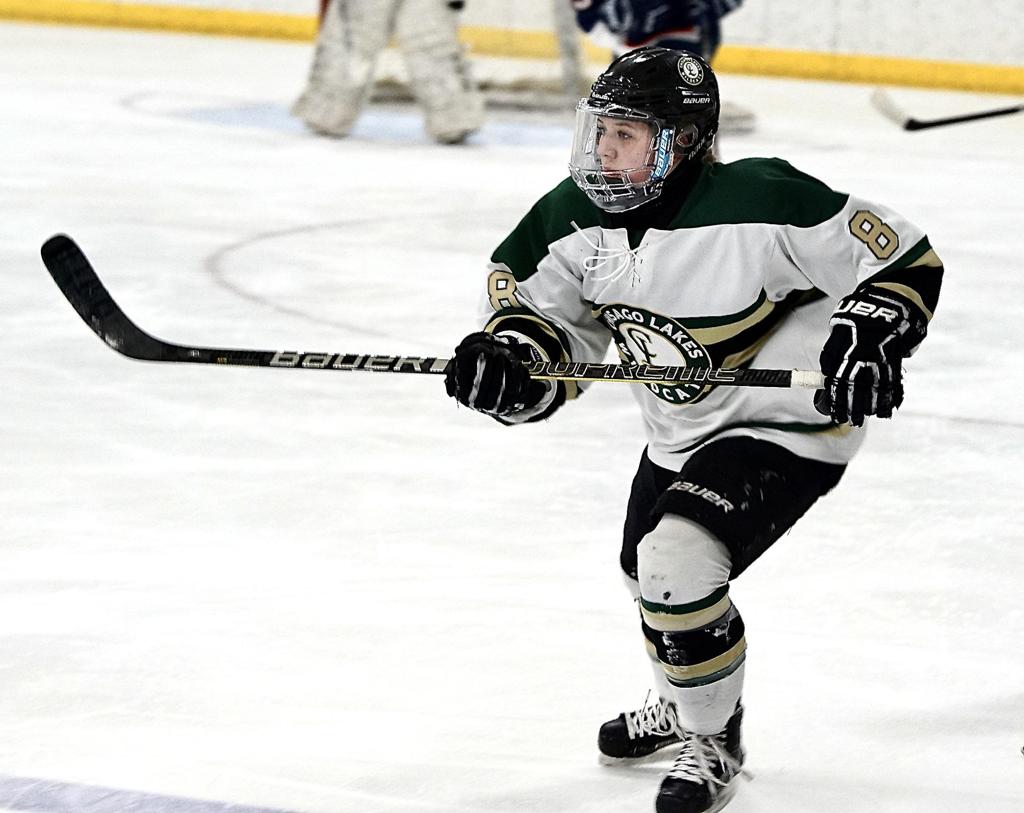