The No. 10 ranked Minnesota State Mankato (8-4-0) were away over the holiday weekend as they battled the No. 20 ranked Michigan Tech Huskies (8-3-2), with both teams sitting atop the CCHA standings.

Friday's game saw the Huskies strike first with three minutes remaining in the first period before doubling their lead at the 13:40 minute mark of the second. Maple Grove's Kyle Kukkonen scored the Huskies' second goal, his sixth goal, and his twelfth point in 15 games this season. That two-goal lead held until early in the third period, when Christian Fitzgerald capitalized on a Huskie defenseman's error to bring the score to 2-1.

The Huskies successfully killed two penalties before adding an empty net goal to go up 3-1 with two minutes remaining. Minnesota State again pulled its goalie and scored to make it 3-2. However, the Mavericks were unable to complete the comeback and lost game one.

Like the night before, period one of game two saw little scoring, with David Jankowski putting the Huskies up 1-0 with five minutes remaining. The second period included five penalties and twenty total shots between both teams but no scoring. In the third, David Silye recorded his team-leading eleventh goal of the season to tie the game up at one. The Huskies retook the lead with 8:12 remaining via a Tristan Ashbrook goal. Late in regulation, with the goaltender pulled, the Mavericks retied the game, with Ryan Sandelin banging in his own rebound out in front.

There were multiple chances in overtime, but neither team scored, with Christian Fitzgerald of Mankato scoring the shootout winner to claim the extra point for the CCHA standings.

The Mavericks will continue CCHA play next weekend as they welcome Ferris State for two games at home. 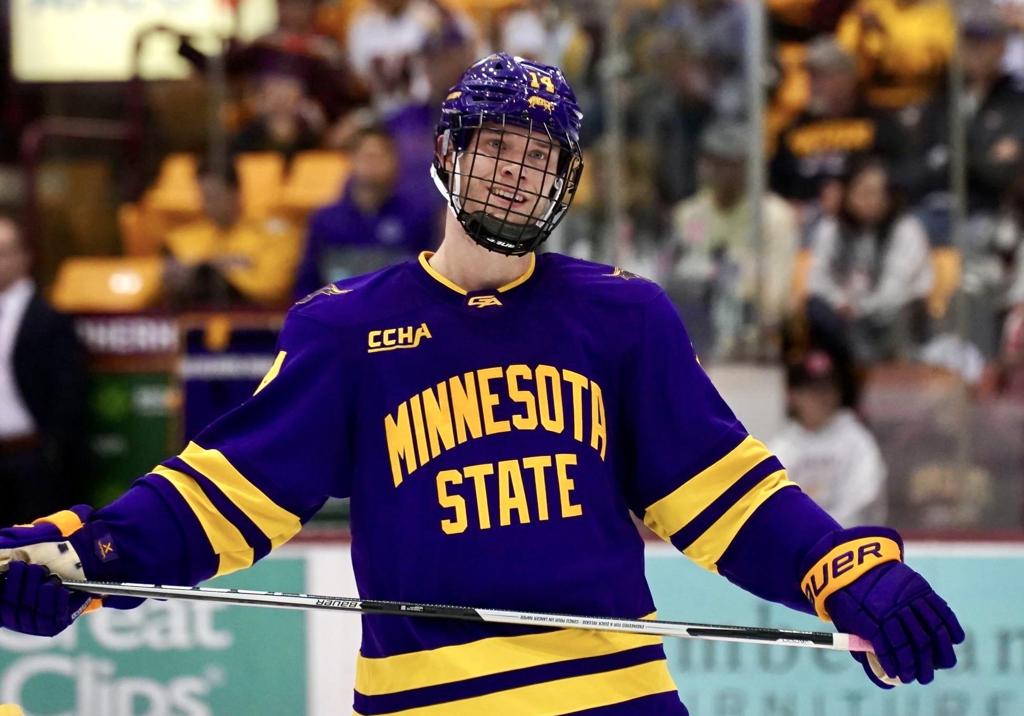 After six straight losses, the St. Thomas Tommies (2-12-0) were able to get back into the win column this weekend against the Lake Superior State Lakers (1-7-2).

No goals were scored in the first period before Josh Eernisse scored back-to-back breakaway goals for the Tommies in the second, scoring his fifth and sixth goals of the season less than four minutes apart. On the power play later in the period, Cameron Recchi, son of NHL-legend Mark Recchi, scored his first goal of the season to increase the lead to 3-0.

Jake Braccini recorded the fourth and final goal of the game in the third period, helping the team end their win drought, which also saw goaltender Aaron Trotter earn his first collegiate shutout after saving all 23 shots faced.

Aaron Trotter continued his strong play into night two, saving all 11 shots faced in a scoreless first period. Period two saw a goal disallowed for the Lakers before the Tommies took the 1-0 lead late in the period, with Luke Manning scoring on the power play, his fifth goal of the season. In the third, with the Tommies holding their 1-0 lead and on a penalty kill, a familiar sight saw Josh Eernisse take a defensive-zone clearance for a breakaway, where he scored, doubling the team's lead and recording his third goal of the weekend.

The Lakers' Benito Posa ended Trotter's second shutout bid with 7:10 remaining in the third, bringing the score to 2-1, but they could not score again, with the Tommies holding on for the win and the series sweep. This marks the Tommies' first-ever sweep since jumping to Division I. 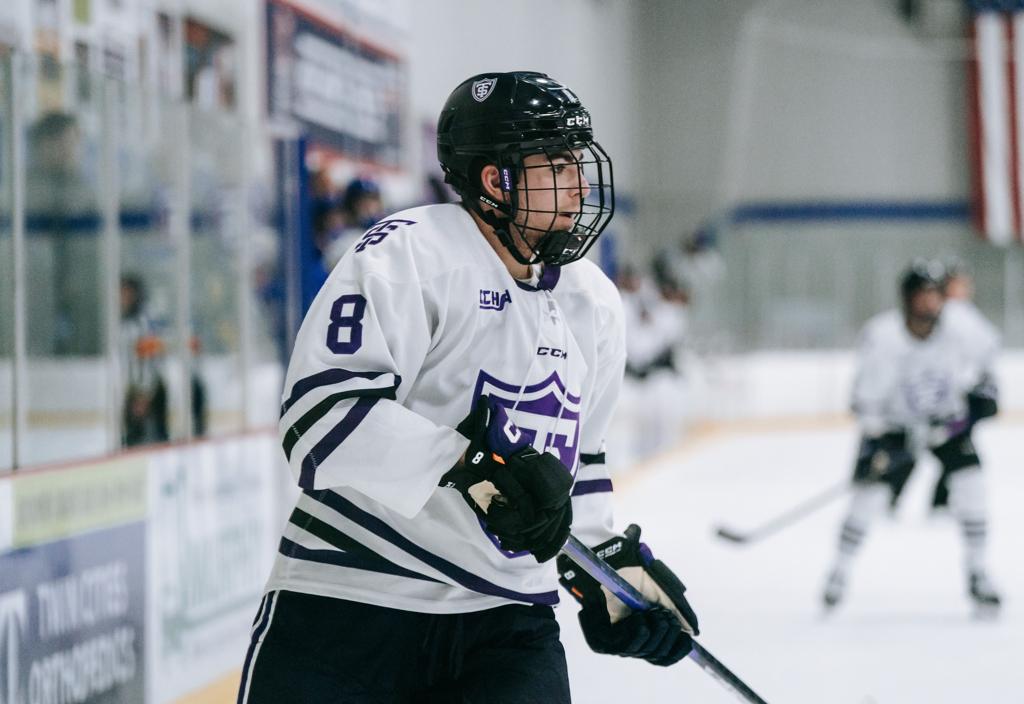 With a record of 5-3-2, Bemidji State University battled the North Dakota Fighting Hawks (5-6-2) in a home-and-home series.

Bemidji utilized the home rink advantage in game one to jump out to a 2-0 lead in the first period, with goals scored by Jakub Lewandowski and Eric Martin.

In the second, the Fighting Hawks made it 2-1 early in the period, with Wayzata native Griffin Ness scoring his third goal of the season. On the next shift, the Beavers responded, retaking their two-goal lead via a Lleyton Roed goal. The Fighting Hawks added two more goals in the second period, knotting it up at 3-3 going into the third.

After a four-goal second period, the third frame and overtime went goalless, with the game officially ending in a 3-3 tie even though the Fighting Hawks won the shootout.

Like the night before, the home team scored first in game two, with Dylan James putting the Fighting Hawks up 1-0 with five minutes remaining in the first. Still up 1-0 in the second, North Dakota's points leader, Riese Gaber, scored to make it 2-0 before Louis Jamernik scored a few minutes later, putting the team up 3-0 with his first goal of the season.

In the third period, Kaden Pickering scored a beautiful shorthanded goal at the 11:25 minute mark, before Carter Jones added a goal only a minute later, bringing the Beavers within one. The Beavers could not find the tying goal and the Fighting Hawks added an empty net goal late, winning 4-2. Gavin Enright saved 23 of 26 shots faced in net for the Beavers and now holds a 2-2 record in his starts this season.

The Beavers will return to conference play next weekend as they host St. Thomas on December 2nd and 3rd. 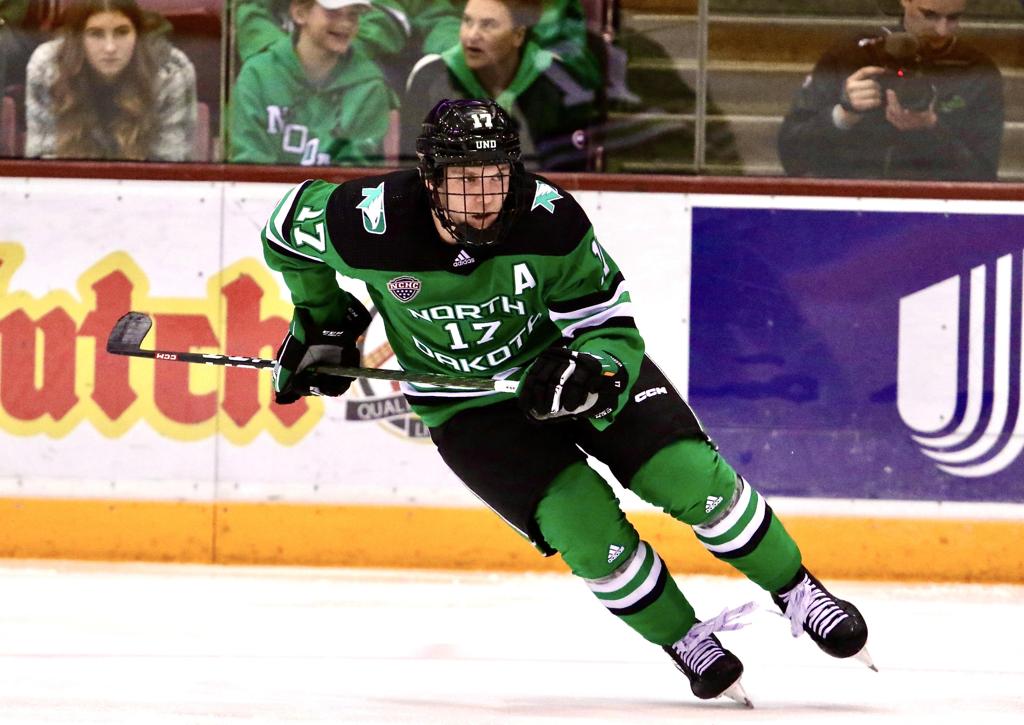 Holding the No. 2 ranking in the USCHO poll in back-to-back weeks, the Minnesota Golden Gophers (10-4-0) were on the road as they took on the Arizona State Sun Devils (7-6-0).

Friday's game saw the Gophers take a 2-0 lead in the first period, with Jaxon Nelson tallying the first goal on a power play before Bryce Brodzinski added an even-strength goal late in the period. The lone goal in period two went to the Sun Devils, with Dylan Jackson recording his third goal of the season to make it 2-1. Less than two minutes into the third period, Logan Cooley worked his magic to regain a two-goal lead, scoring a beautiful lacrosse-style goal from behind the net. With less than three minutes remaining, Ryan Alexander scored for the Sun Devils to make it 3-2, but the Gophers were able to hold on and secure the win. Justen Close saved 26 of 28 shots in net, earning his eighth win of the season.

In the first, Ryan Alexander put the Sun Devils up 1-0 before goals from Matthew Knies and Rhett Pitlick turned the tide, resulting in a 2-1 lead going into the first intermission. The second period was a crazy one, with Demetrios Koumontzis and Ty Jackson scoring back-to-back goals to make it 3-2 Arizona State. Brock Faber tied the game at three before Ryan Alexander scored his second of the night to make it 4-3, with Jimmy Snuggerud tallying his tenth goal of the season to tie the game up at 4-4 heading into the third. Three minutes into the period, John Mittelstadt scored to take the 5-4 lead. However, the Sun Devils rallied late and retied the game with a few minutes remaining.

In overtime, Robert Mastrosimone scored to clinch the victory for the Sun Devils. The Gophers will return to Big Ten play this coming weekend as they travel to East Lansing to battle the Michigan State Spartans. 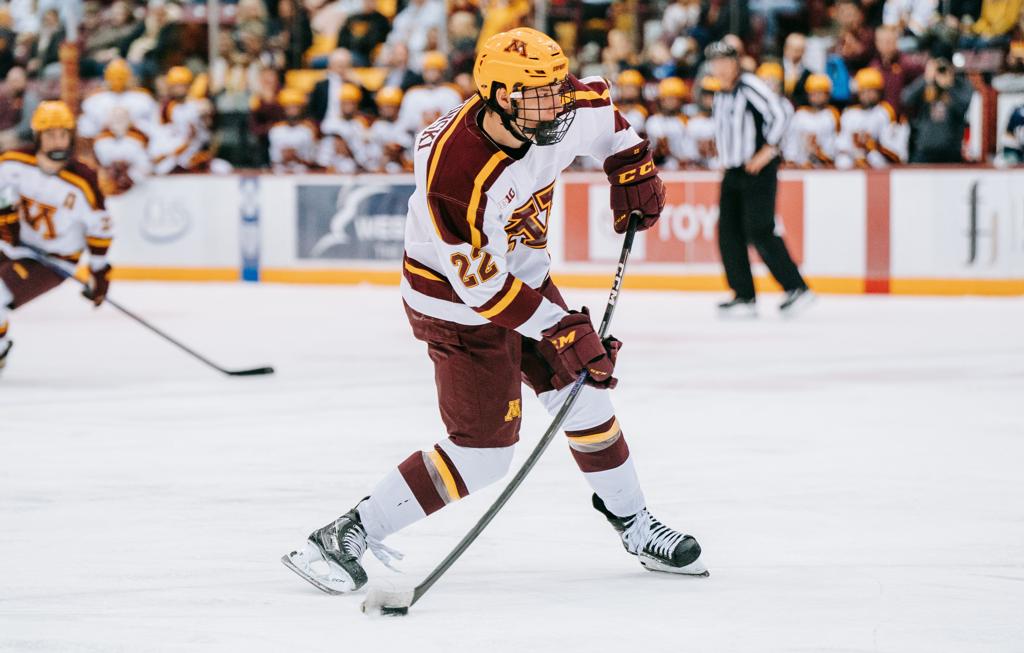