The Case for High School Hockey 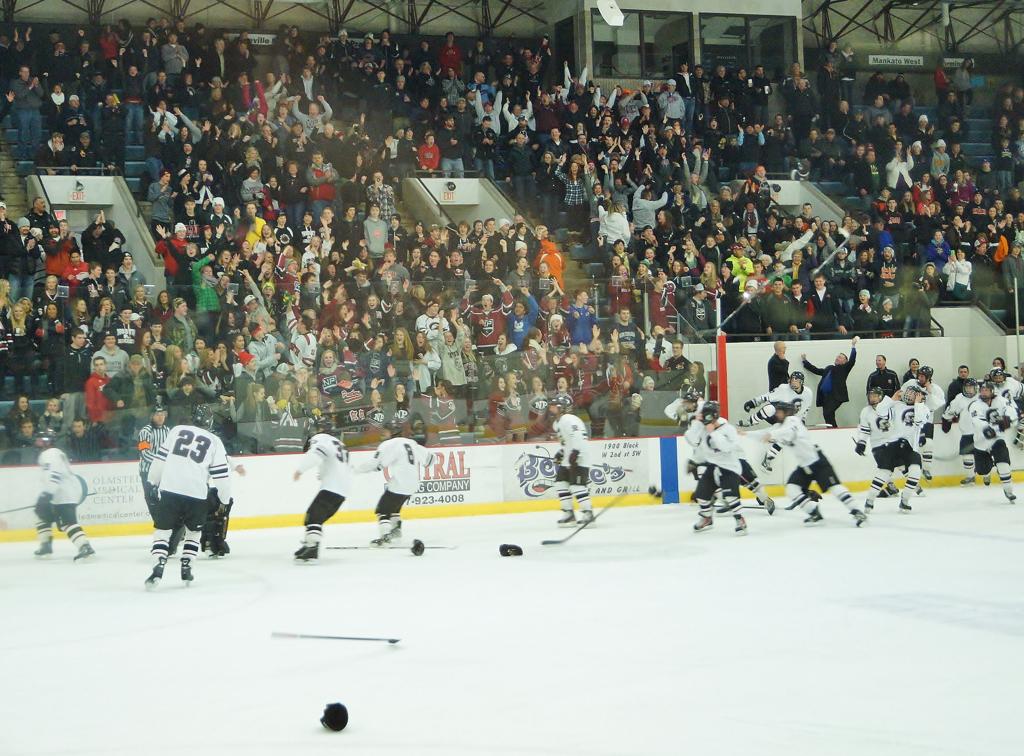 Editor's Note: In early February on the eve of the State High School Playoffs, David LaVaque from our big brother, the MN Hockey Hub, wrote an informative piece on "Player Exodus Dividing High School Hockey." The article touched a nerve with just about every hockey fan in the state. The "best players" in Minnesota were leaving the famed prize jewel of the Minnesota High School Hockey Tournament for greener pastures. Depending on how you read the article, the sky was or wasn't falling in Minnesota hockey.

Guest Hockey Writer, John King from White Bear Lake makes a case as to why kids should not leave high school and stay home and be a star on their home stage.

I don’t pretend to understand the heavy weight of the crown a high school hockey star wears playing here in Minnesota.

But I do hope to offer a little perspective in this article.  A counter-argument, if you will, to the hurry-up-and-be-great, play-up culture we live in today.  My argument manifests itself in a simple question: Life is short enough; why would you fast-forward the good parts?

I grew up in hockey-mad Edina, where I was a football player.  In the State of Hockey, where the skaters are King, I suppose this made me a Duke, Earl, or perhaps something a bit further down the jock food chain.

So, while I certainly don’t know what it feels like to truly be the BMOC (Big Man on Campus), even as a high school football player I got a taste.  Today I remember my own Friday Night Lights in vivid sepia tones because even high school football came with perks. Rather than use a locker, I used to just leave my duffle bag on the floor in the high school common area, knowing no one would ever touch it. After games, we’d go to my buddy Taylor’s house to watch Kare 11’s Prep Sports Extra before heading up to the Southdale McDonalds, hair still wet wearing our letter jackets, ready to meet the crowd.  The guys on the football team were the same boys I had grown up with, sat at lunch with every day; they were brothers as much as teammates. Those high school memories are some of my best—a deep reservoir I continually draw from still today. And those teammates remain some of my best friends over twenty years later.

That’s why I was truly stunned when I heard a record 41 high school hockey players were leaving early this year.  Are you kidding me?!  Why?  What on earth is the rush?

So, as the weak-ankled former football player wannabe, I feel compelled to be the one to pull the fire alarm and tell them that they’re making a big mistake.  Consider me your ghost of high school hockey past, present, and yet to come.

For the rest of you, let’s do the math.  I think it’s safe to assume that most of these 41 hockey players are pretty darn good ones if they’re leaving early.  While they may not be NHL-ready, I think it’s safe to say they’re bonafide “stars,” and are treated accordingly in their respective high schools.

And these high school hockey stars are leaving early to go do what?  To get a jump on college hockey in juniors?  To head up to Canada to play?  So, let me get this straight—you’re trading the opportunity to play for your hometown, the chance to leap ass-over-tea kettle into a section final hog pile with your brothers to go live in a billet home? You’re trading the opportunity to be the king of your high school to make hockey your job? You’re leaving a place where you’re special to go blend in with twenty kids exactly like you? You’re trading passion for business?

What am I missing?

We all get to the pleated khaki corporate world eventually, what’s your hurry?  Rest assured the helmets-off-for-warm-ups salad will subside, and soon enough you’ll be slumped over a laptop in a cubicle still including your high school hockey number in all your passwords.  Why a Minnesota high school hockey star would reduce the experience to a shooting star is beyond me.  Why these 41 Kings would abandon the throne is something I’m struggling to understand.

Every few years a high school team comes together, and we hear the story of a group of kids who pledged to each other to stay, to play for each other, and to finish the job. It happened in my hometown in 2008-09 with Anders Lee, Zach Budish, and Marshall Everson.  These are the stories that resonate with fans, and rest assured it’s the high school stories these three “brothers” will be telling for years to come—despite going on to further success in college and the pros.

The cold truth is, if you’re good enough, they’ll find you. Junior hockey will wait for you or allow you to bookend your high school season.  You don’t need to leave early; just ask Kyle Rau or Justin Kloos, who stayed to play their senior seasons in high school before heading to the USHL. Or check the list of players who did leave early, never to be heard from again.  These players bet their senior years, proms, pep fests and graduations to go “all-in” at puck’s unforgiving poker table—only to end up a blank stare on hockeysfuture.com.

If you’re still not buying my argument, I have one more little secret for you.  Like most Minnesotans, I play beer league hockey once a week at the local rink.  In our town, the former pro and D1 studs play on Monday nights, the next rung down on Tuesdays, and sleds like me on Wednesdays.  Well, I’ve got news for you, no matter who you are or how good you are, each and every one of you will end up playing beer league hockey someday.  It might be Monday nights, it might be Tuesday nights, but I promise that’s where the story ends.

So, for the life of me I can’t imagine why you’d be in such a rush to get there.  Personally, if my life as a high schooler were the stuff of pep fests, full arenas with student sections holding giant cut-outs of my head, and letter-jacket-filled lunch tables you’d have to pry me out of that world.  I’d be looking for the slow-motion button, not the fast-forward.

So, before you leave high school hockey and the 18,000 screaming fans waiting for you at the greatest state tournament in sports, remember what you’re leaving behind.  Because you just might find that the glass you’re skating toward is half “shield” empty. Next time you walk into the Xcel Center, I’d ask you this question: “Why do you think they have every high school hockey jersey proudly hanging in the concourse?”  To borrow from one of my favorite snipers, Dr. Seuss: Maybe it’s something you haven’t thought of before.  Maybe it’s because the best hockey isn’t bought from a store.  Maybe high school hockey means a little bit more! 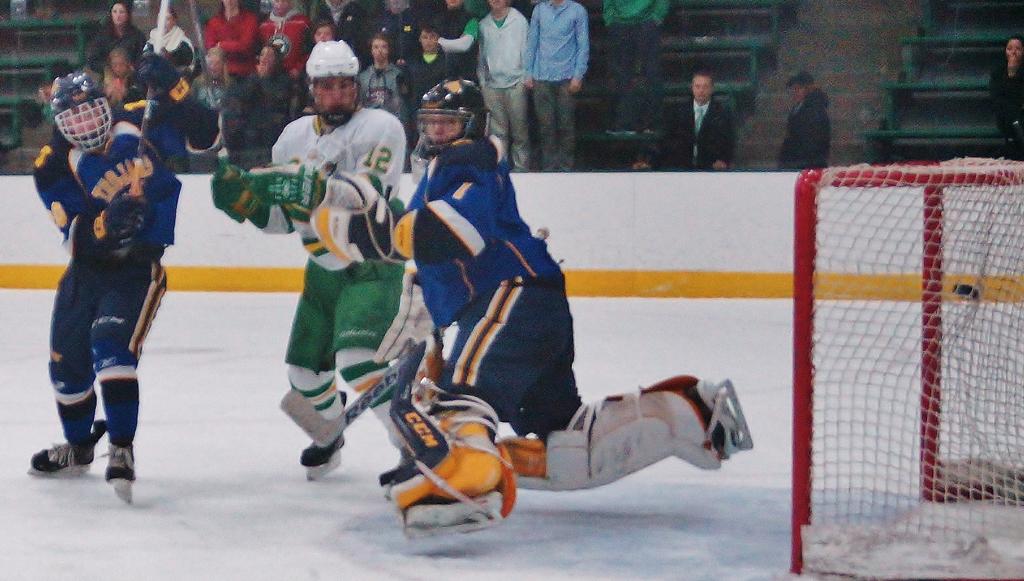