Magicians head into Home Opener Atop the League

The Magic set to take on Kenai River Friday Night 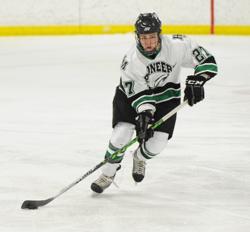 Hill Murray's Sam Becker will suit up this season for the Magicians in Richfield.

On Friday night, the Minnesota Magicinas will have their home opener at Richfield against the Kenai River Brown Bears. The Magic is sitting a top First place in the Midwest Division of the North American Hockey League after a 3-1 start at the NAHL Showcase in Blaine.

German born, Marc Michaelis is a highly skilled forward who leads the team in points with Georgia boy Nathan Krusko with 5 points. Minnesota standout Goalie Vaughn Ahrens (Wayzata) was recently added to the 2015 NHL Central Scouting List and went 2-0 last weekend with a 93.7 Save Percentage.

The first 500 fans on Friday get a Magicians Magnet Schedule and also a great Davanni's special this weekend for ticket holders.  If the Magic score 5 or more goals and win on either night, fans get a free solo pizza at Richfield Davanni's.

Shouuld be some great hockey this weekend. Last season 216 NAHL players committed to a Division 1 scholarship. 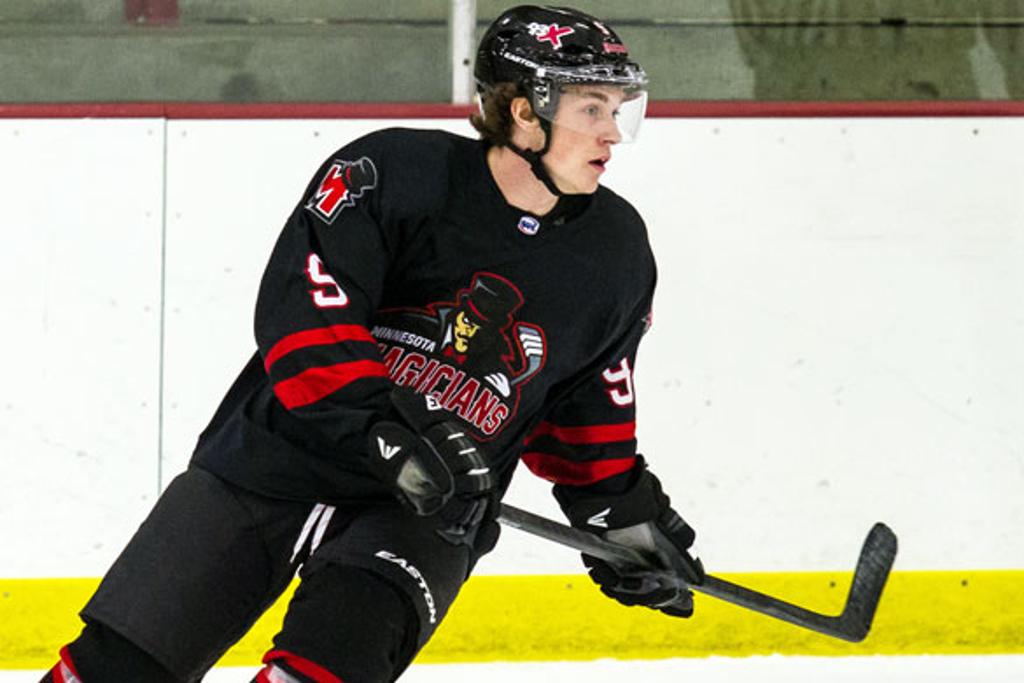 Matt Colford, from Champlin Park is the leading scorer returning for the Magicians this year.