Mackenzie Jones scores for the Andover 10U team in Friday's 2-0 win over Fargo. 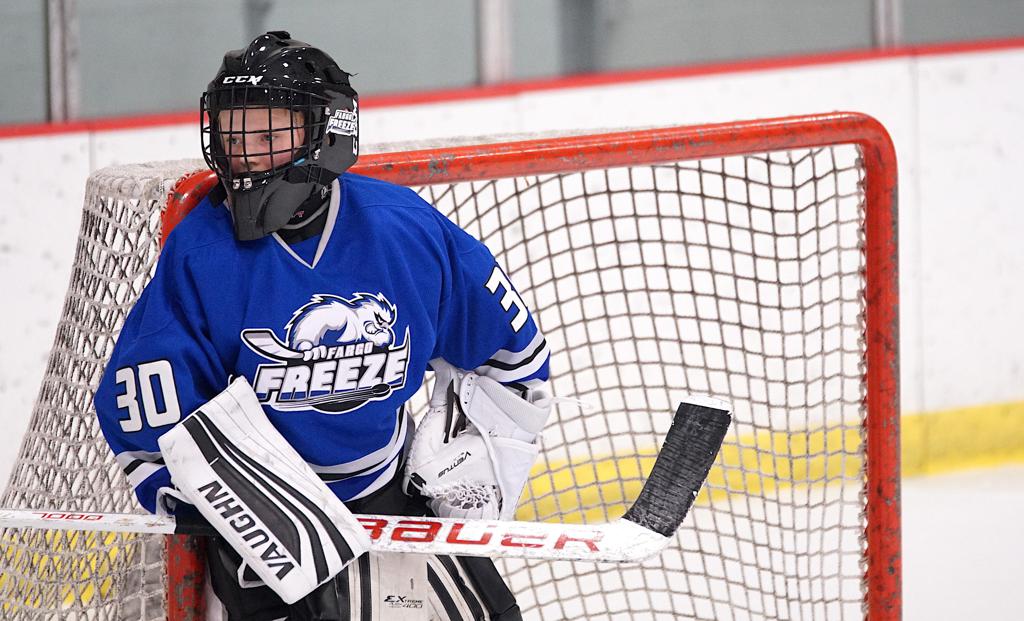 Taylor Kressin's performance in goal for the 10U Fargo Freeze drew rave reviews from several fans.

It would count as a surprise if anyone who took in the first day of the Danglefest has any fingernails left.

Six of the day's seven games were decided by two goals or less, a testament to the level of competition and overall goaltending talent on display at the Eden Prairie Community Center.

Centennial squeaked past Eden Prairie in the 12U Division, getting a pair of goals from Ella O'Hearn en route to a 4-3 win to kick off the evening session.

Orono-Westonka would also earn a 4-3 win on Friday, with Gretta Pioske scoring with just 33 seconds remaining in regulation to allow Orono-Westonka to edge Apple Valley/Burnsville. Andover cruised past Prior Lake by a score of 9-0, paced by tournament-leader Isa Goettl's hat-trick and a pair of assists.

In the final 12U battle of the day, Edina and the Fargo Freeze battled to a 1-1 draw. Ellie Chapman was the goal-scorer for the Hornets, while Taylor Brueske notched the game-tying goal for the Freeze.

Champlin Park/Coon Rapids snuck past Eden Prairie 2-1 in the 10U Division, with Sophia Shirshov and Nola Milton each scoring once for CP/CR. Milton's goal was scored with 10:01 to play in the second period and turned out to be the game-winner.

Andover edged Fargo 2-0 despite an impressive showing by Fargo goaltender Taylor Kressin, who kept the score tight with her acrobatic saves. Hannah Christenson and Mackenzie Jones each scored once for the Huskies in the win.

Edina Green skated past Mahtomedi 3-1 in their game, with Elise Carlson, Maggie Hewitt, and Ella Hornig all tallying one goal for the Hornets. Regan Berglund scored the lone goal for the Zephyrs in the loss. 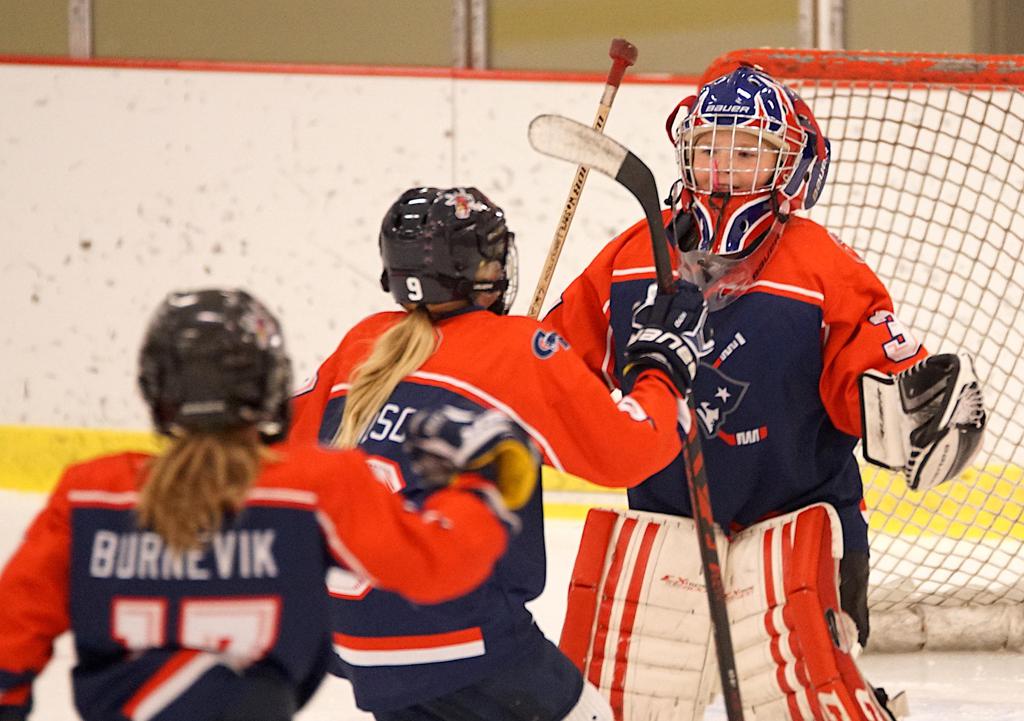 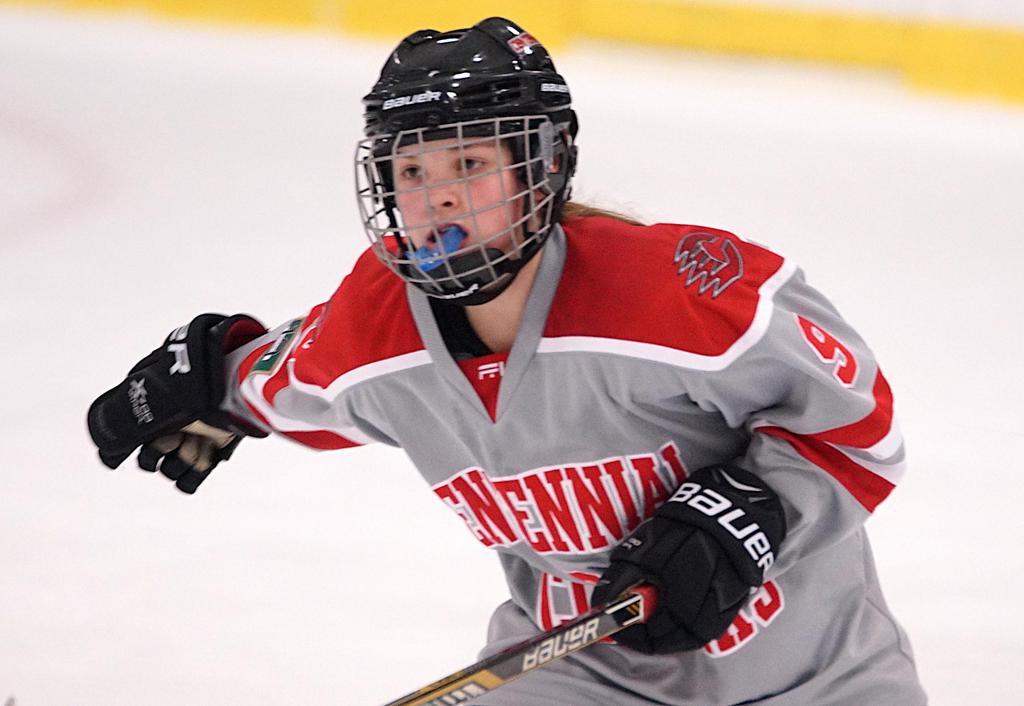 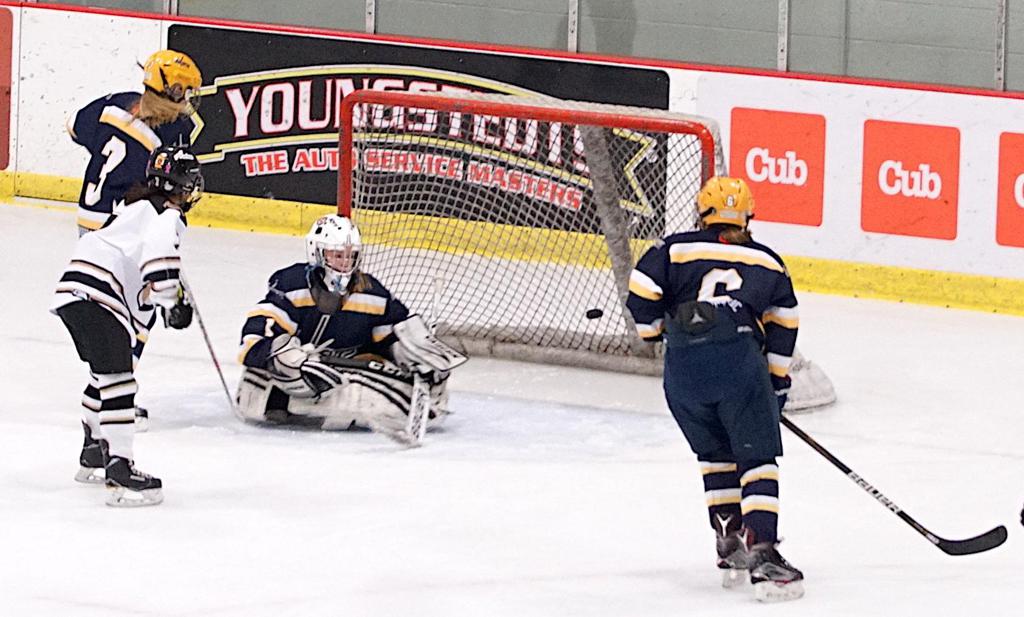 Isa Goettl tips in a shot for a goal as Andover skated to a shutout win over Prior Lake. 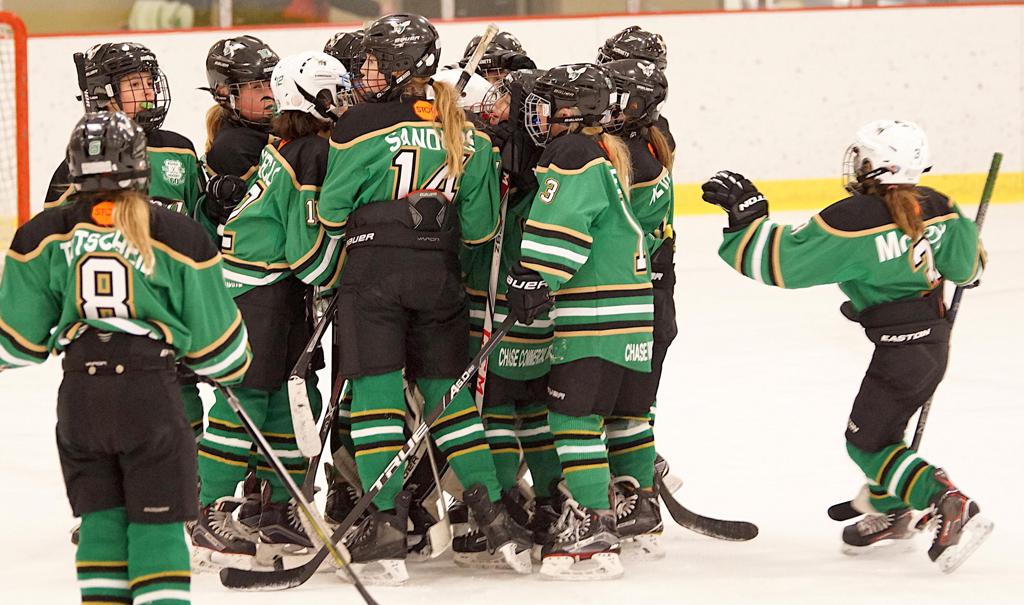 Edina Green celebrates its win over Mahtomedi on Friday. 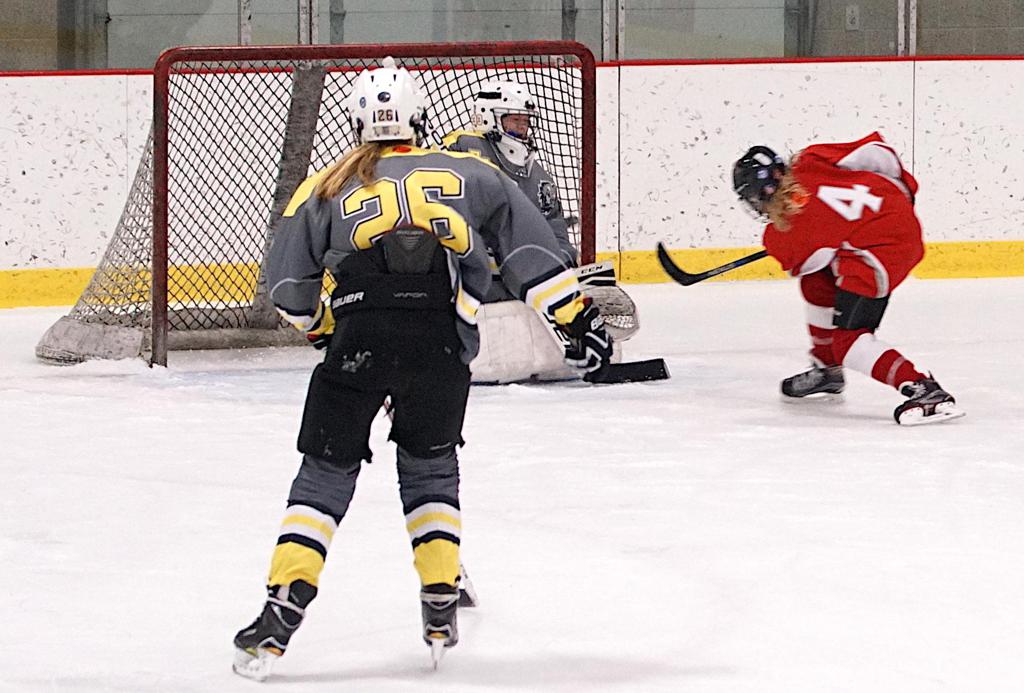 Mackenzie Jones (3) scores for Andover in the Huskies' win over Fargo. 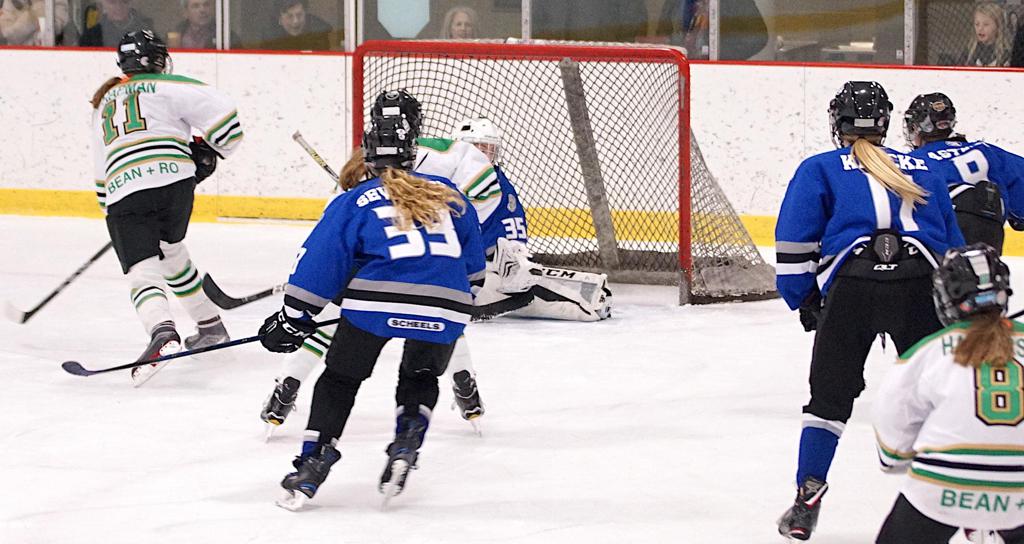