Champions crowned in White, Black, and Red Bracket in Rochester. 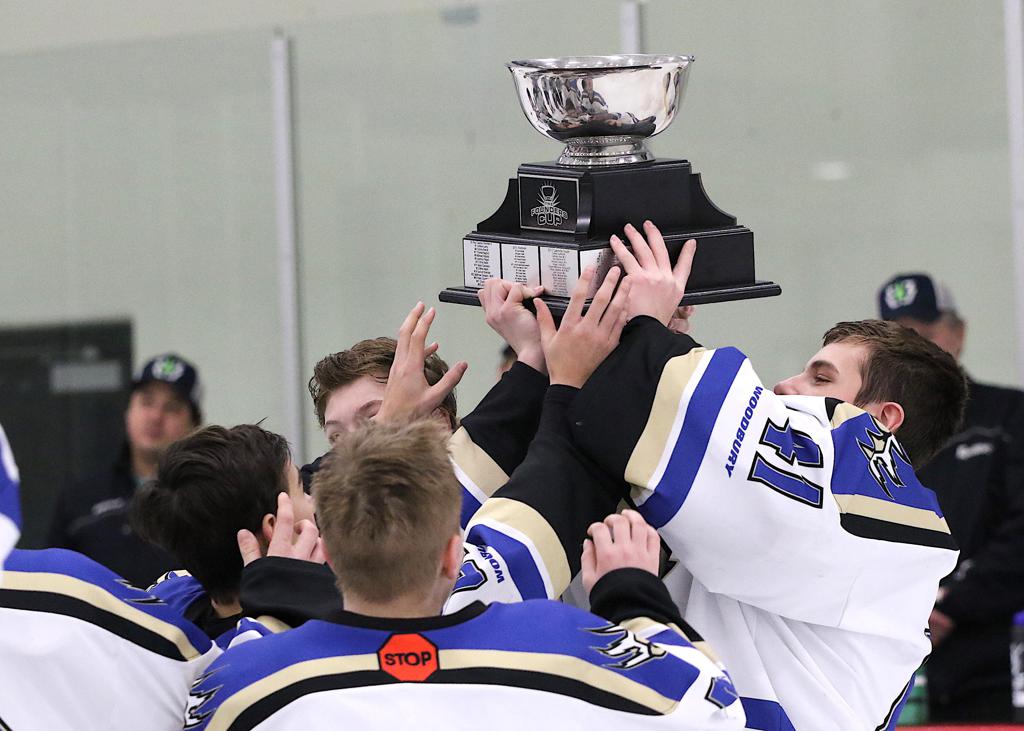 Woodbury captured the Founders Cup with a 4-2 win over Minnetonka.

Woodbury finally has its Founders Cup.

After heartbreaking losses in 2017 (finals) and 2018 (semifinals), the Predators took the title on Sunday afternoon with a 4-2 win over Minnetonka in Rochester.

Four consecutive goals in the second period allowed Woodbury to pull away from an upset-minded Minnetonka squad that had advanced to the finals after edging Orono in a shootout by a score of 4-3. Ben Miller scored the first two goals for Woodbury, erasing the 1-0 lead that Minnetonka's Drew Stewart had given his team.

Tanner Zolnosky and Will Skahan tacked on goals for the Predators near the end of the second to extend the lead to 4-1. With the goaltender pulled, Gus Berger pulled Minnetonka within two goals, but Andrew Lane and the Woodbury defense held firm and outlasted the Skippers.

Lucas Mann was named Tournament Most Valuable Player after totaling three goals and nine total points for the Predators. 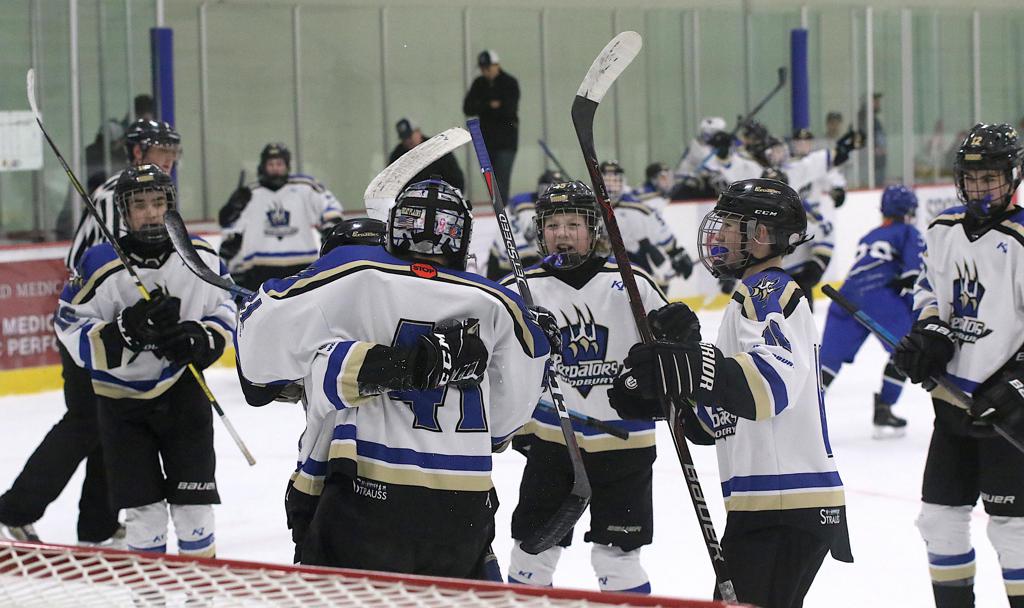 After two years of coming up short, Woodbury captured its first Founders Cup.

Despite being outshot 38-17 and struggling to maintain consistent offensive pressure, Mahtomedi escaped Rochester with a 3-2 win over Alexandria.

An unfortunate bounce for the Cardinals gave Mahtomedi a 1-0 lead in the first period, as defender Josie Lang launched a shot that tipped off the stick of an Alexandria skater and past goaltender Grady Loch for a goal. If Lang's goal was the result of disorganized physics, Alexandria's Brayden Berg evened the pendulum with a goal as close to pure as possible. Berg collected a pass from Leonard Kompelien, motored past a Mahtomedi defender and beat Charlie Brandt cleanly to tie the game at 1-1 after one period.

Grady Stallman put Alexandria up 2-1 in the second period after banging in a centering pass from Gavin Olson, but the advantage was short-lived, as Zephyr forward Cole Saenger converted a pass from Patrick Egan to complete a superb compilation of puck-movement between Saenger, Egan, and Bode Sampair.

With the score knotted at 2-2 entering the third period, the teams reverted to a conservative style of play, as most young players do in close games. With 13.7 seconds remaining, Mahtomedi's Gene Wegleitner III reversed the ice behind the Alexandria net, and with Grady Loch sliding one way, Wegleitner slithered the, jamming home a wraparound attempt for the game-winning goal.

Wegleitner's heroics were indeed heroic, but goaltender Charlie Brandt earned FVP Most Valuable Player honors after making 36 saves in the Black Bracket final. Brandt had earned shutouts of Mound-Westonka and Andover in the two previous games. 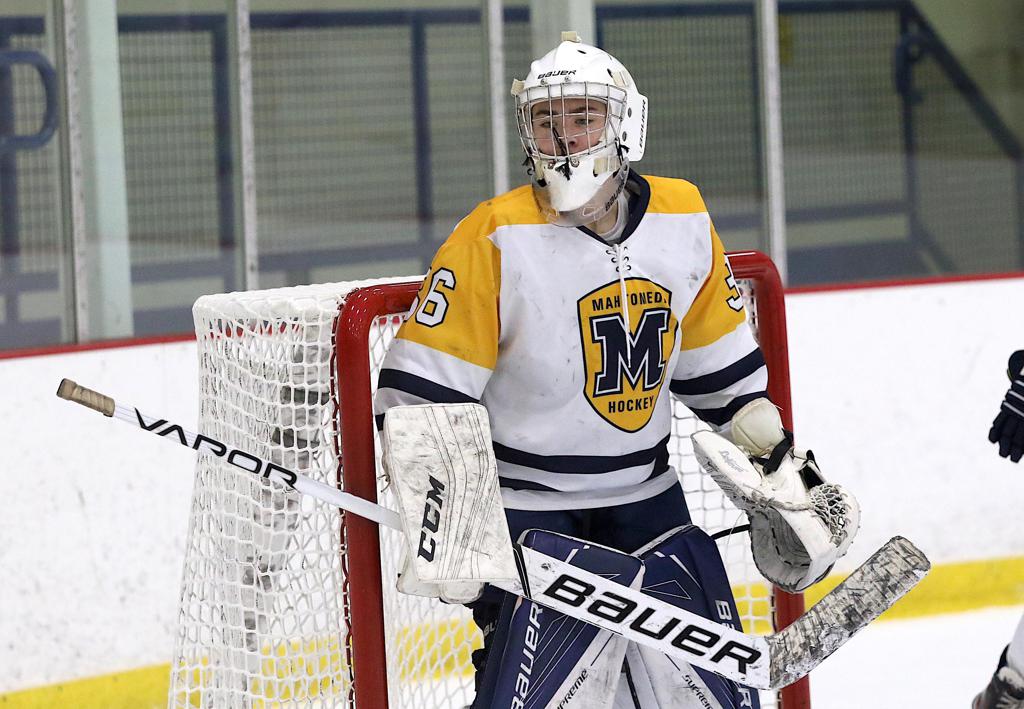 Charlie Brandt was named the Black Bracket championship's Most Valuable Player after making 36 saves in Mahtomedi's 3-2 win over Alexandria.

In a penalty-ridden affair that kicked off the championship schedule in Rochester, Minneapolis outlasted Stillwater's PWA team 3-1.

Ozzie Snodgrass took advantage of a defensive lapse by the Ponies early in the game, stealing a pass that went through the Stillwater slot and slipping the puck past Ponies' goaltender Gavin Salazar for a 1-0 lead.

After a mild first period with just two penalties called, the game turned into a carousel of trips to the penalty box, as six minor infractions went in the book during the second period. Stillwater took advantage of a Minneapolis penalty with a power play goal by Jonas Kohn midway through the second, tying the game as the contest entered the third period.

Less than 30 seconds into the third, Snodgrass netted his second goal of the game, giving the Storm a 2-1 lead. Snodgrass earned his third of the game with just 2:21 left in regulation, giving him a hat-trick and taking the White Bracket crown for the Storm. For his performance, Snodgrass was named the FVP Most Valuable Player Award. The forward totaled seven goals and 10 points in four tournament games. 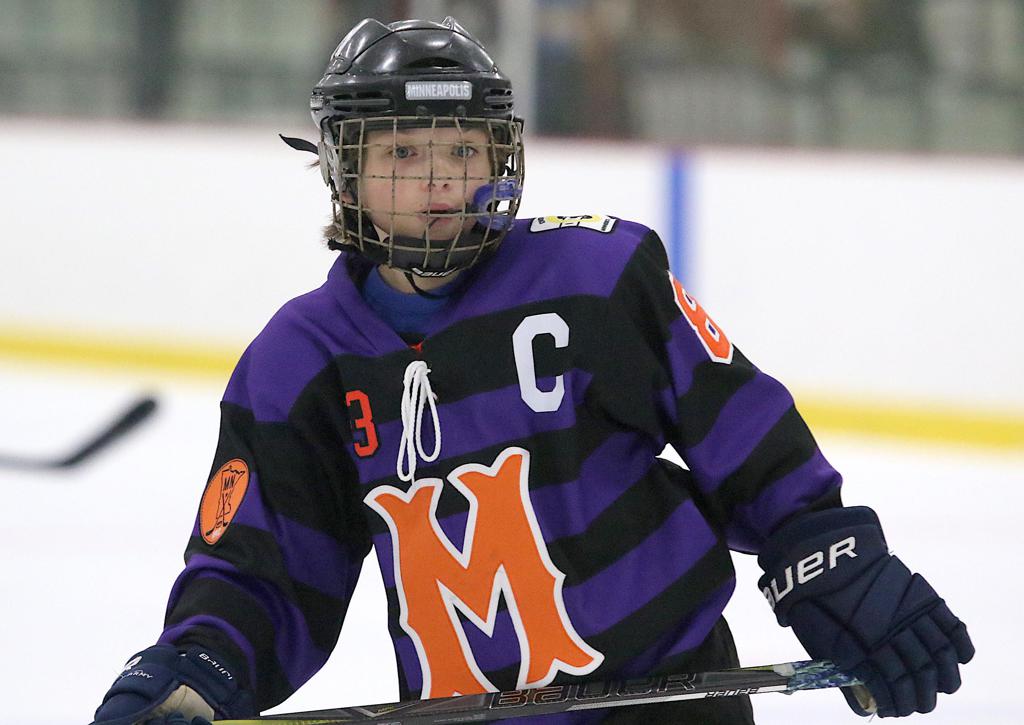